The Bank of Shasta County was built on Market Street in Redding in 1901 after previously being located on California Street since 1894. The Beaux Arts Classical building was designed by Henry H. Meyers. After the bank failed in 1911, the Redding National Bank reopened in this location later the same year. The Redding National Bank was then purchased by the Bank of Italy, which had been founded in San Francisco. The Bank of Italy later became the Bank of America. Currently, the historic bank building is in use by several different local businesses.

The historic Bank of Shasta County building as it appears today. 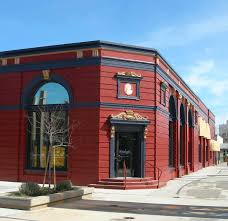 The historic Bank of Shasta County (next to the Post Office) became the Redding National Bank in 1911. This photograph is from 1920. 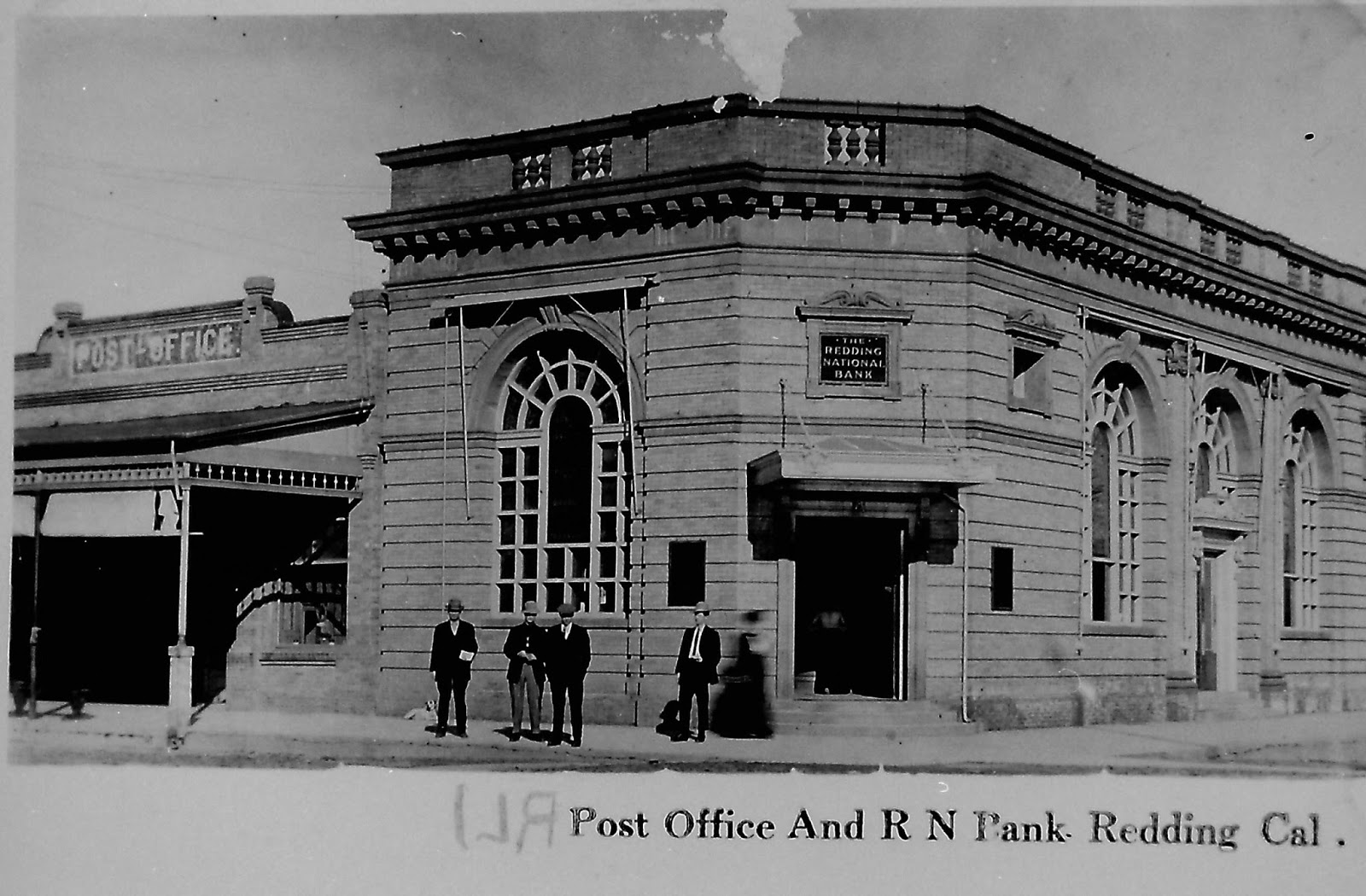 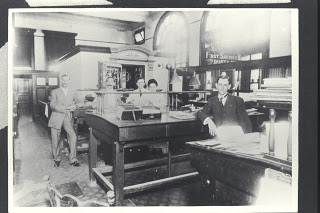 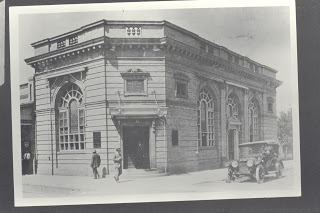 The Bank of Shasta County was initially founded on California Street by Chauncey C. Bush (1831-1907), who served as the bank's first manager. However, in 1901, the bank moved to a new location near Butte and Market Streets. Henry H. Meyers designed the bank building in a Beaux Arts Classical style, while architectural details derived from terra cotta were made by Gladding, McBean, and Company. The bricks used to construct the building were made by Holt & Gregg Co. Brick Manufacturing Plant, located in Anderson, California. The result was one of the more ornate buildings to be built in Redding.

In 1910, the Bank of Shasta County merged with the First Savings Bank of Shasta County and incorporated in the new bank building. However, after extending a large loan (of two hundred thousand dollars) to the Terry Lumber Company, plus an additional loan (of one hundred thousand dollars) to the Castle Lake Lumber Company, the bank failed. It closed down completely on March 25, 1911, only a year after the merger and incorporation.

Six months later, the Redding National Bank opened in the same location in conjunction with the First Savings Bank of Shasta County. It served local residents until it was eventually purchased by the Bank of Italy, founded in San Francisco and later becoming the Bank of America. Today, several different businesses are housed in this historic commercial building.