The White Plains Armory, designed by Franklin B. Ware and constructed in 1909, is a historic site in Westchester County. The building's unique castellated style of architecture along with its location, which where the first two county courthouses stood in Westchester, makes this site very historic. In 1776 the New York Provincial Congress met in the first courthouse and adopted a resolution approving the Declaration of Independence, making the location and the courthouse the birthplace of New York State.

Commemoration of the reading of the Declaration of Independence, 1926. 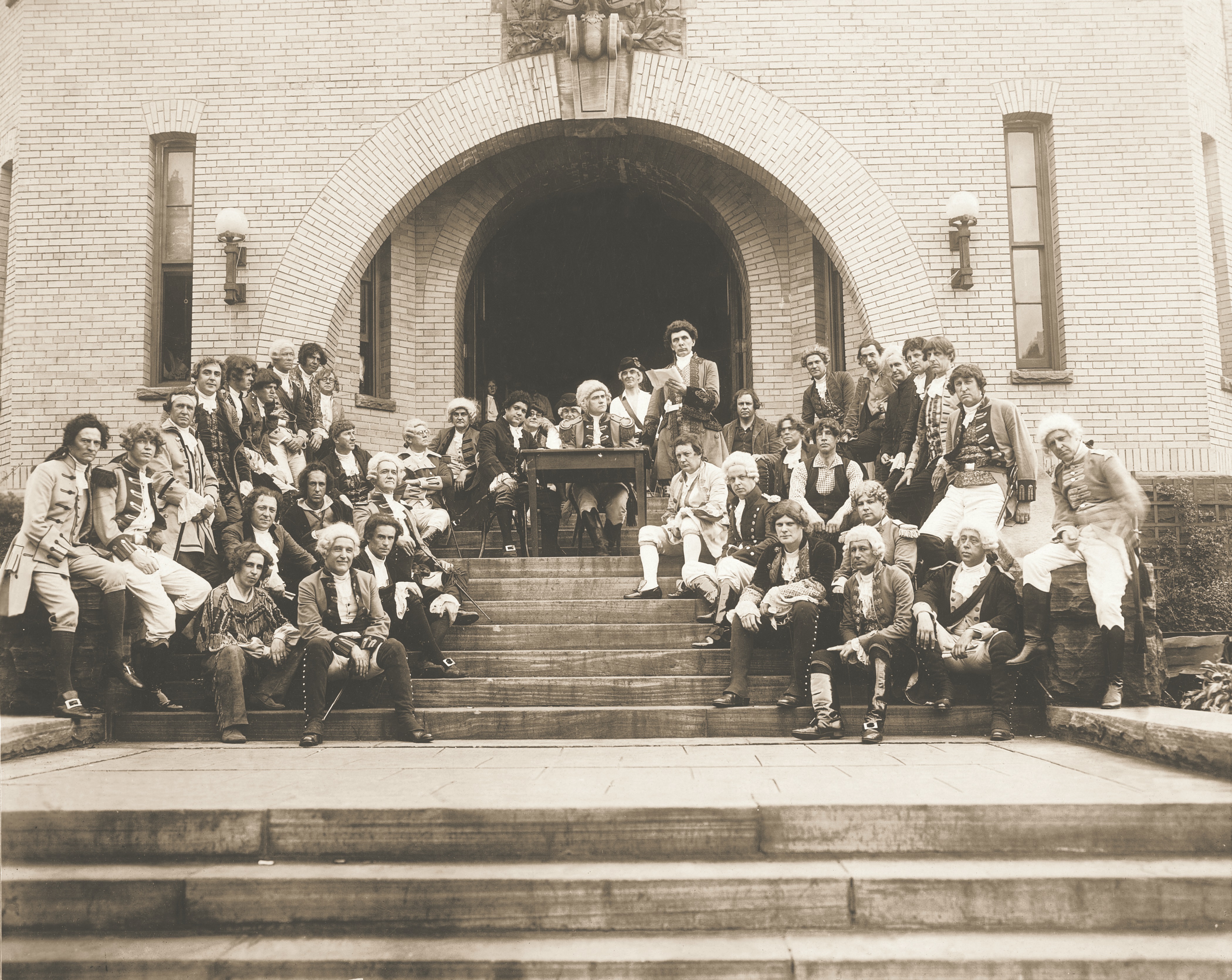 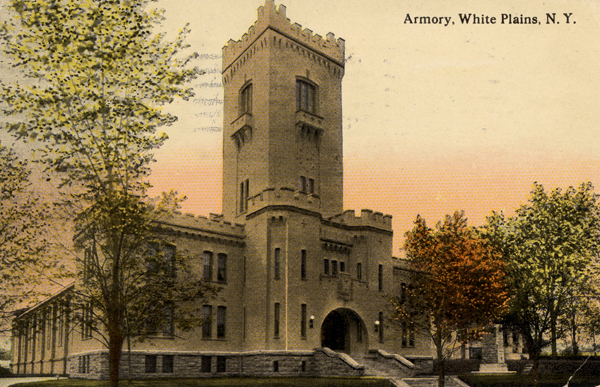 Photo of the Armory and monument with an eagle to commemorate the old courthouse. 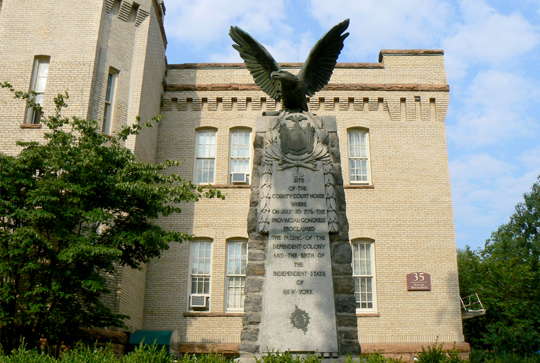 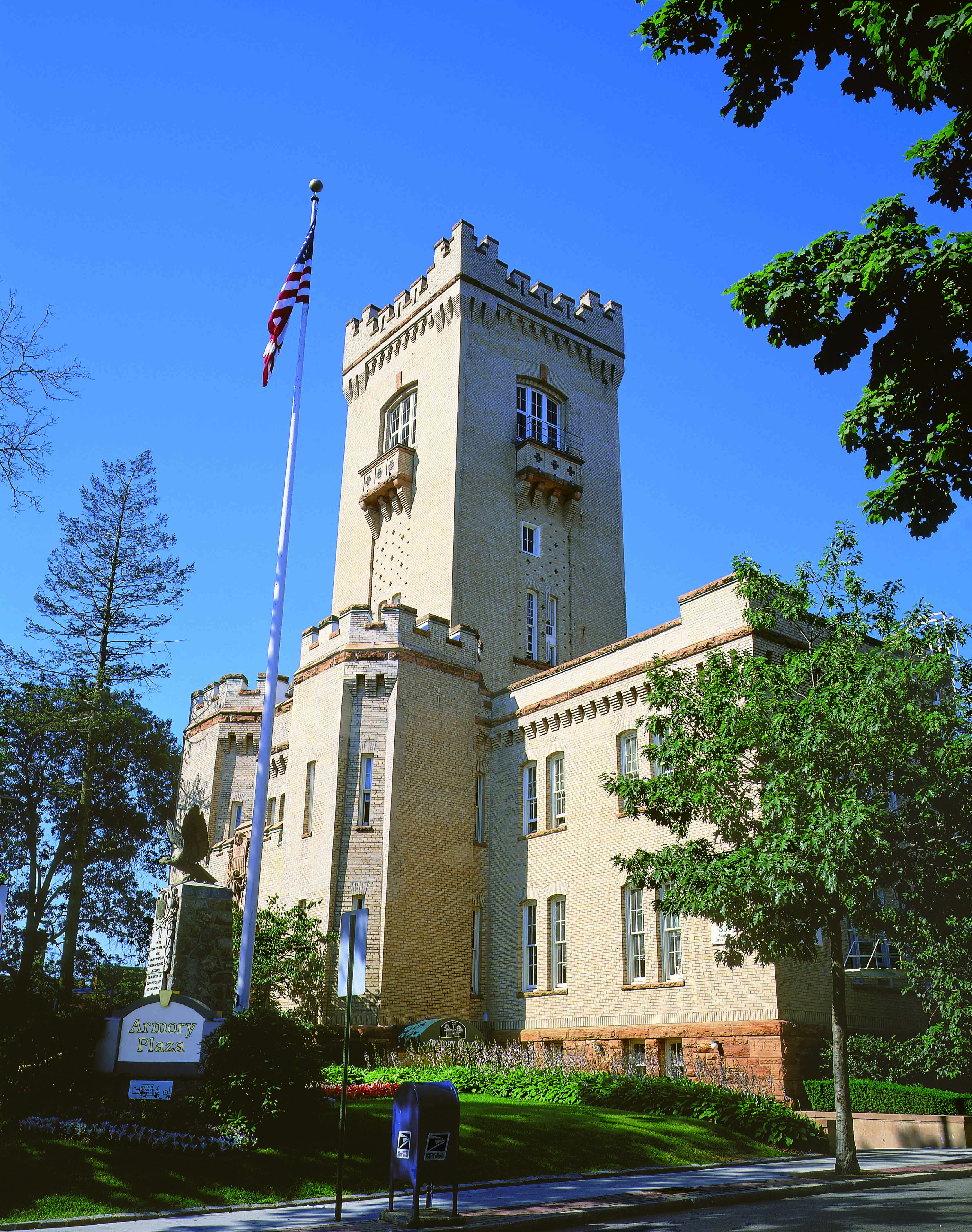 Besides its architectural significance the White Plains Armory also has historical importance. The Armory is built on the location of the first courthouse in White Plains. (1) This courthouse was where the New York Provincial Congress met on July 9, 1776, to approve the Declaration of Independence, making this location the birthplace of New York State. The New York Provincial Congress was meeting in White Plains was because the New York City, its usual meeting place, was under threat by British forces. (2)

The Armory's front section is two stories high, painted yellow beige, and has rock-faced red sandstone. The drill hall is one hundred or one hundred and fifty feet and is eight bays long. If you go to the Armory's entrance you will see the words "NGNY" written in sandstone. (2)