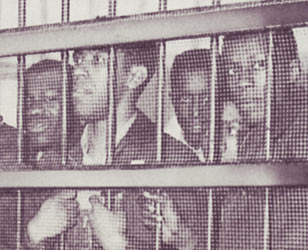 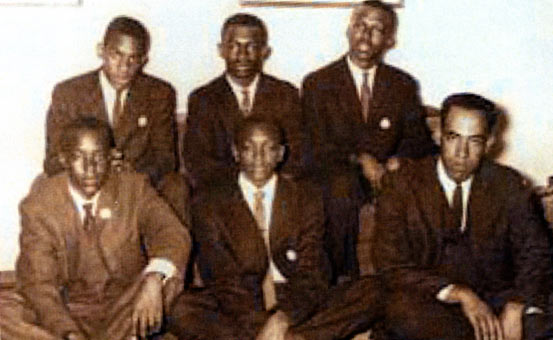 The Rock Hill sit ins began on February 12, 1960. About 100 students, the majority of which were from near by Friendship Junior College, began sit in protests at McCrory's as well as Woolworths. In response to the sit ins, the lunch counter was closed for 11 days. The sit ins resumed when the counters were reopened.
As the protests continued, people began to be arrested and charged with trespassing. They were given the option to pay $100.00 bail or serve 30 days hard labor. Bail would be paid by the NAACP,  and then they would be back protesting. Lasting for more than a year, over $17,000 was spent in bail money.
On January 31, 1961 more students came in and sat at the counter and placed orders. They were again refused and told to leave. When they didn't leave, they were arrested and given the bail option. This time they refused to pay the bail, opting for the 30 days hard labor at York County Prison Farm. This choice to take jail time prompted the "jail no bail" strategy, which then forced the county to pay.