Saint Mary's Catholic Church was founded in 1858,the building itself was built in 1910 and opened in 1912. It is located in Marion County in Indianapolis, Indiana and has served different immigrant communities.This site still operates and is open to the public for anyone who wants to visit. You can visit saintmarysindy.org to find the current mass schedule. 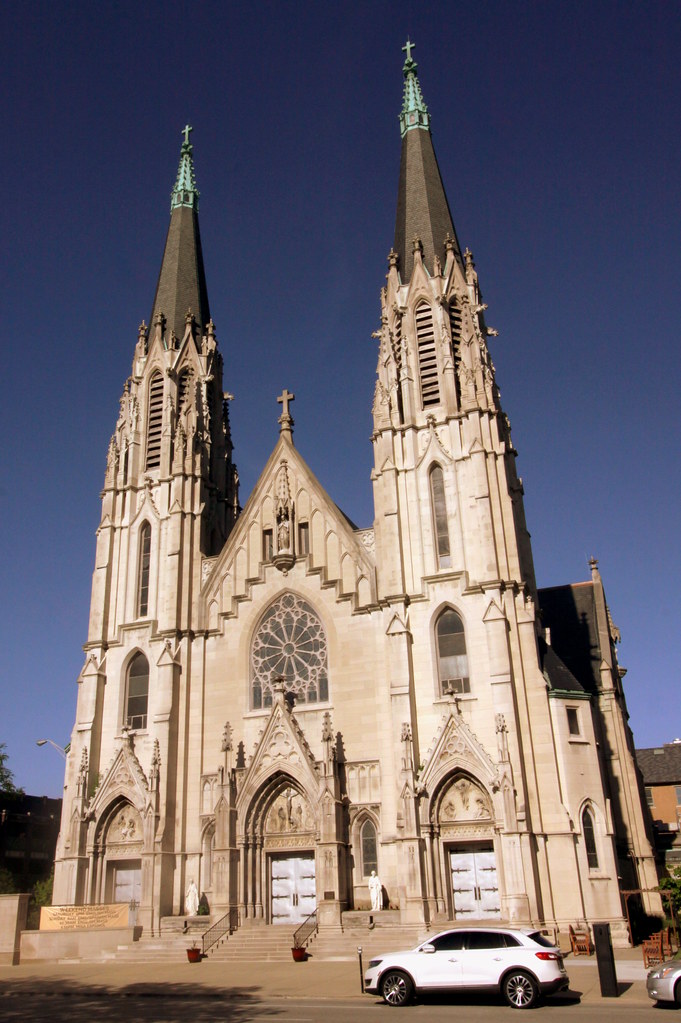 German speaking people have been in Indiana since the British colonization era and many also fought during the Revolutionary War. In 1815, there was a big increase in German migration due to political and economic reasons. Many moved because of American Democracy appealed to them opposed to a single ruler in their native countries. Others also migrated because of the economic opportunity of industrialization.

In 1850, Germans became the largest immigrant group in Indiana, making up 13% of the population.The German Catholic population was rapidly growing in the 19th century and the first German Catholic Church was founded in 1858. Saint Mary's Catholic Church was founded in order to accommodate the growing German Catholic population in Indianapolis that attended St. John's parish at that time. The Catholic persecution in Germany also created an increase in the Indiana German population in the 1870s. Saint Mary's gave mass in German and English at this time. The German Catholic church went through a few obstacles in the earliest 20th century. There were changing demographics as there were business and railways being built around its original location and attendees were moving to different parts of Indianapolis into the English speaking community. The church population started to decline and they decided to move the Church’s location to where it is currently located.

The relocation did not help their decreasing population. At this time, World War I was also a contributing factor to the decrease of attendees. There was an anti German sentiment at the time and the church actively sought other ethic groups to join in order to get away from the “German Church”idea they had obtained in past years. The declining population continued until after World war II when the church attracted a different population: Cubans and Latvians.

Today, Saint Mary’s is composed of a mainly Hispanic population. They offer mass in both Spanish and English. It is also a Hispanic culture center in Indianapolis and actively supports Latino immigrants civil rights as part of its community outreach. In the 2006 Indianapolis Immigration March, the Church was a focal point against tougher immigration policies.