The Pelham Picture House first opened on September 10, 1921, the first movie shown there was an Agnes Christine Johnston comedy drama called “Passing Through.” Films were finally being heard for the first time in this theatre, when “talkies” or Vitaphone equipment was installed into the theatre in 1929. The theater was in operation through even the most uncertain times, like the Great Depression and World War II. It was set to be demolished in in 2001, but a group of citizens established Pelham Picture House Preservation to save it. The theater is now owned by the non-profit organization Pelham Picture House Preservation, it serves as an alternative to commercial movie theaters showing a variety of independent, international, documentaries and classic cinema.

The Picture House Regional Film Center in the 1970s. 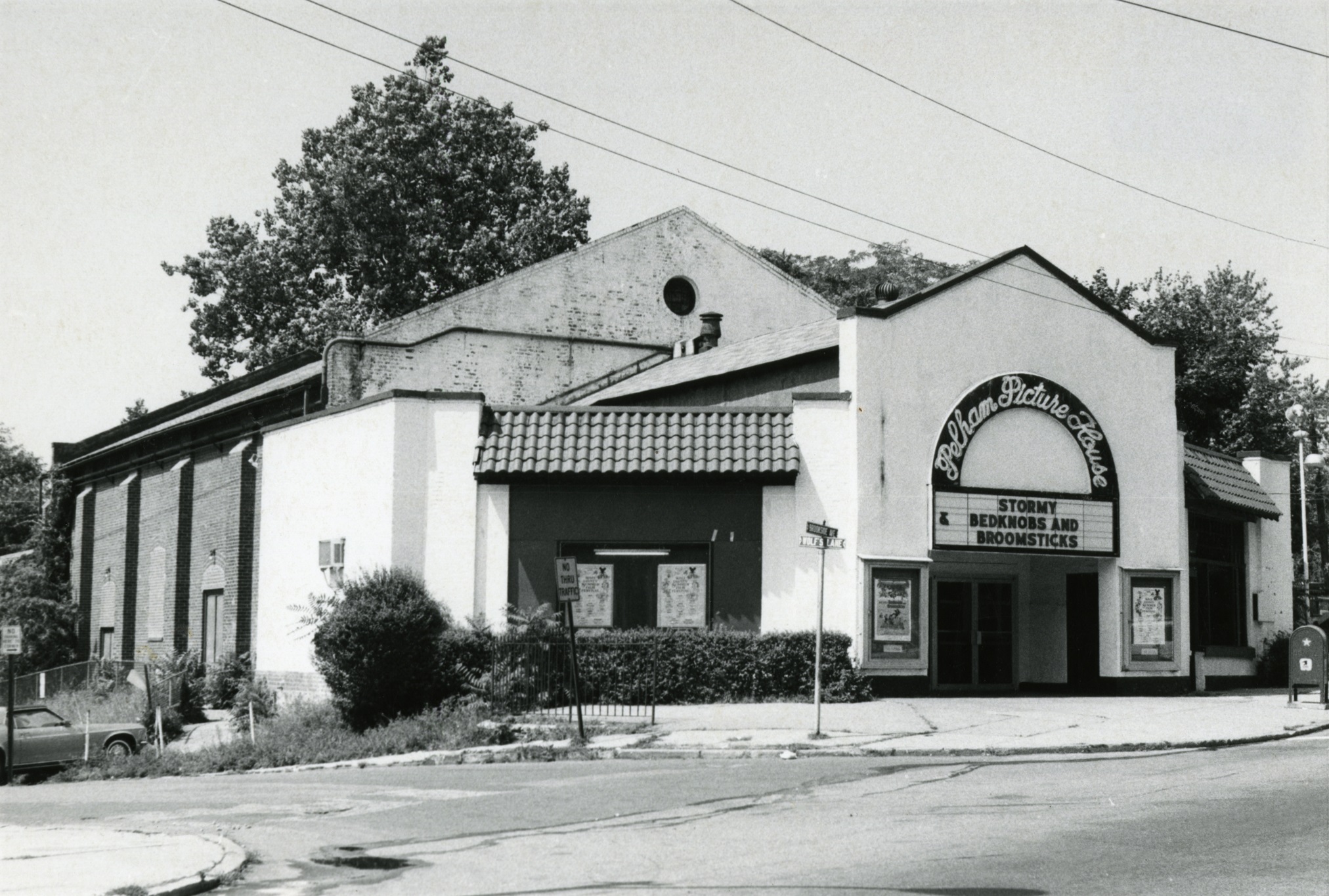 Pelham Picture House first opened on September 10, 1921, it was built by the Pelham Theater Corporation. The first movie shown there was an Agnes Christine Johnston comedy drama called “Passing Through.” Films were finally being heard for the first time in this theatre, when “talkies” or Vitaphone equipment was installed into the theatre in 1929. A year later, "The Voice of Action" sound system, by Western Electric, is installed.1(the picture house.org)

The building has a rectangular shape with its main facade facing the corner. The front section of the structure containing the lobby and office space, is stuccoed and has a central pavilion with a gable roof perpendicular to the street and the street and a triangular parapet. A deeply recessed entrance with modern glass doors and a semi-circular arch with lettering in orange-pink neon reading "Pelham Picture House."2(Shaver, National Register)

A variety of motion pictures were shown at the theater while keeping up with the latest in motion picture technology. In 1936, the Rogowsky Family purchased and refurbished the theater. By 1987, the Rogowksys' added an 11-speaker Dolby stereo sound system as well as a new screen and curtain.3(the picture house.org)

In 2008, they begin their efforts to establish educational programs at the theater and in 2009 the Picture House launched its first two original film series: Reel Insider and the classic series Sunday Essentials. By 2010, fundraising for renovation was complete and renovation to the theater began, before this they launched two new film series, Family Flicks and An Evening With... A renovated and restored theater, brand-new film series, new film education offerings, and its first-ever membership program opened in 2011.

The theater remains opens today and continues to serve the community of Pelham by showing the latest international and independent films as well offering educational services related to film.