Just outside of Johnston City, Tennessee lies the 45 acre former home of John Tipton. This area of Tennessee was once occupied by Woodland Period Indians, who hunted the Buffalo that grazed freely beside the natural springs that flow from the property. The site is now owned and operated by the State of Tennessee as a historical site and museum dedicated to the memory of one of the states earliest settlers and supporters for statehood. There are eleven buildings, a limestone cave, and a visitor center to explore and learn about life in frontier Appalachia. Throughout the year, the site offers seasonal activities that also depict life as it would have been for the Tipton family. As you explore the property you will also find natural springs, gardens growing with plants of the period, buffalo traces, and many more things that make for an enjoyable and educational day. 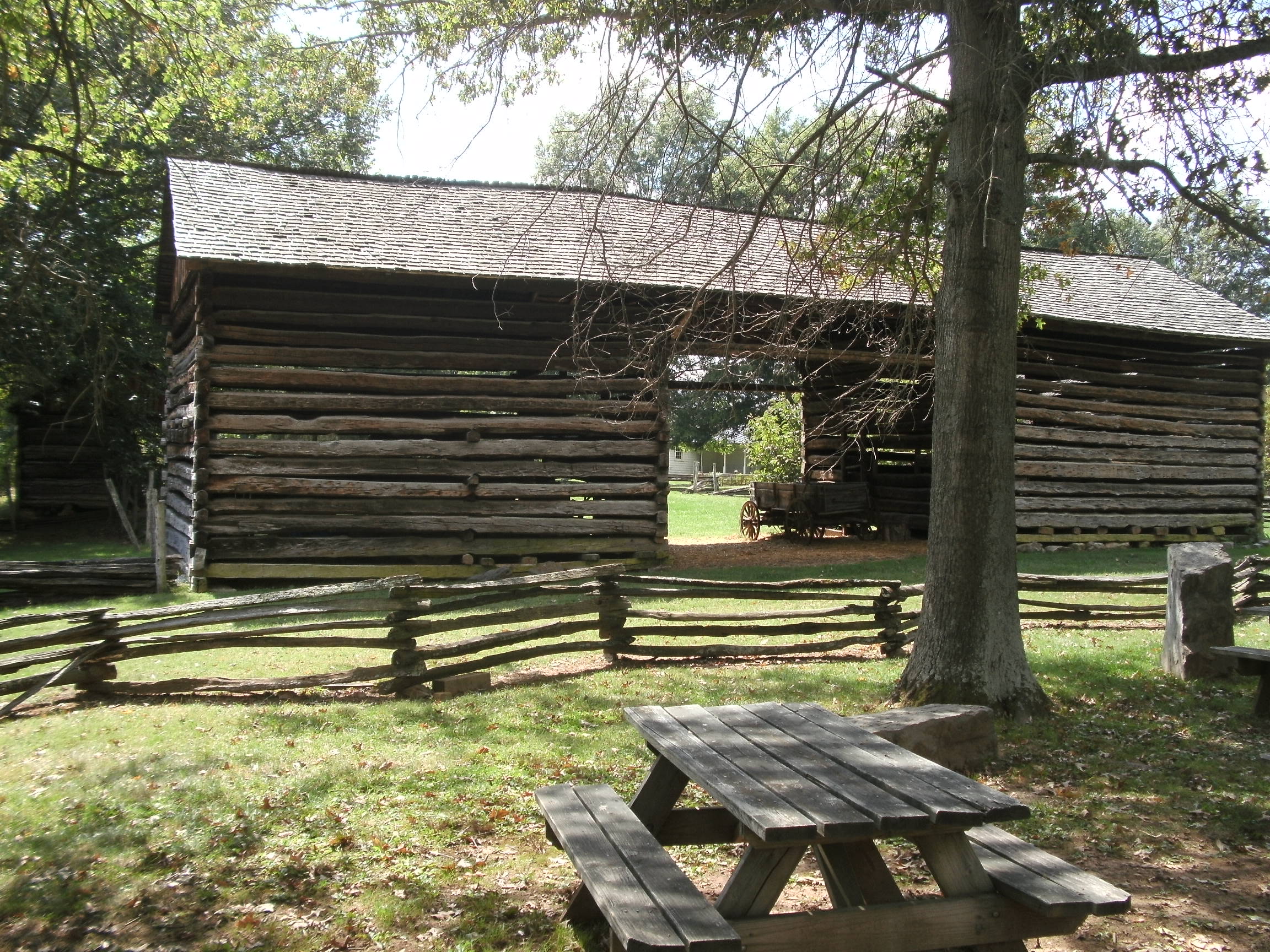 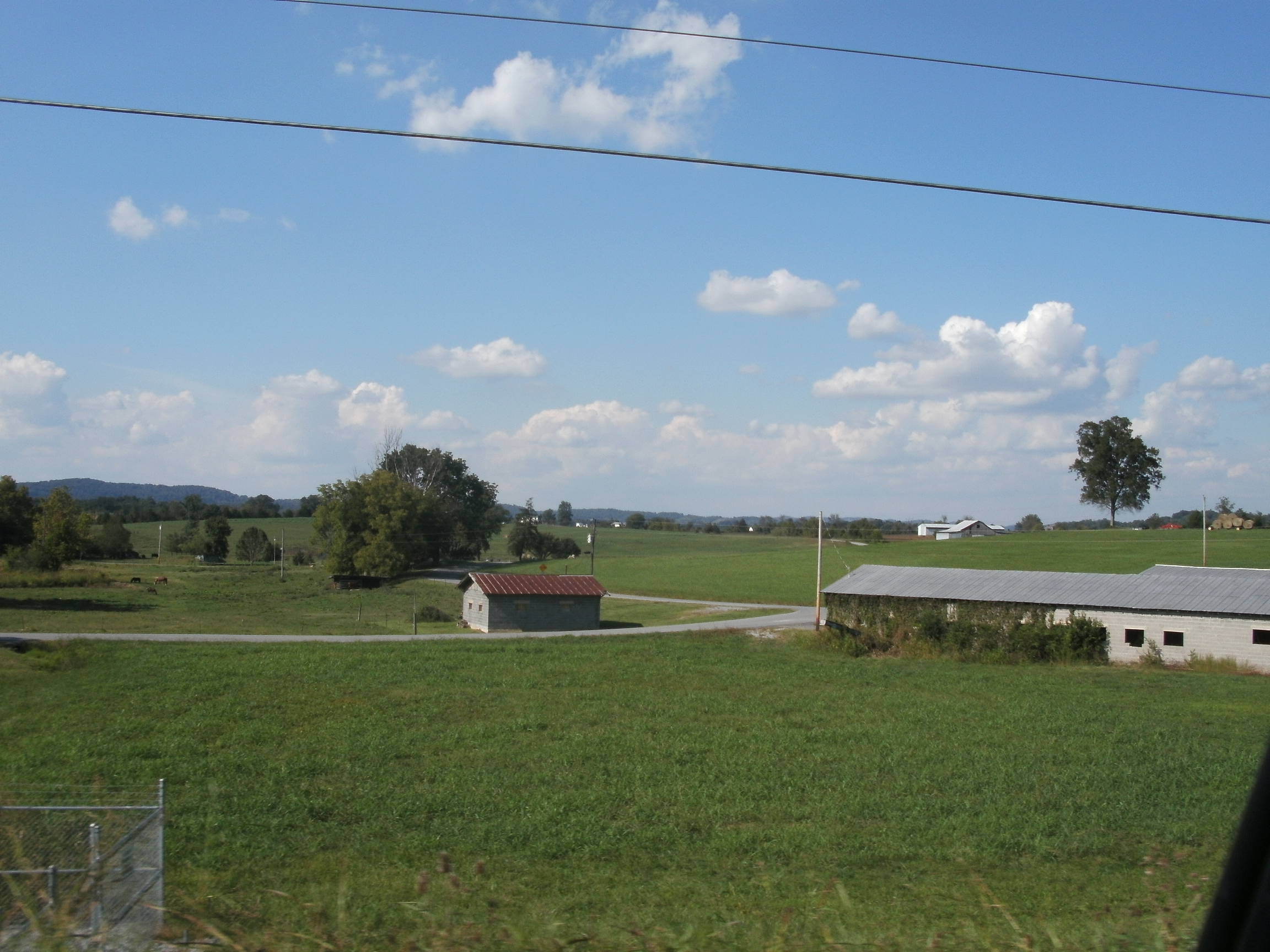 Before settlers moved into the area west of the Blue Ridge Mountains, the land was home to large buffalo and elk herds that the native American tribes hunted for food and clothing. The land was also fertile gardening grounds, which provided corn and other vegetables for them as well. In the mid to late 1700’s, explorers came to this wilderness finding it to be very suitable for colonial expansion; soon the Indians would be pushed off of their land. Early explorers in the area took advantage of the cave and spring on the Tipton site, using it for shelter while they explored the nearby territory. Eventually the buffalo trail that stretched through the region was used to build a wagon road into this newly settled territory.

Tipton was born in Maryland in 1730 and would later settle in Virginia. He fought in Lord Dunmore’s War, was a recruiter for the Continental Army, a member of the Virginia Continental Congress and the North Carolina Continental Congress during the ratification of the Constitution, and was a statesman for both Virginia and North Carolina. In 1784, Col. John Tipton bought the parcel of land and moved from Virginia into the western part of North Carolina, Washington County: Here he would build a large, for the day, log cabin for his family. During this time there was a movement to form the new state of Franklin. The new state was to formed from lands bordering western North Carolina, westward to Knoxville. The chosen Governor and chief supporter of the state was John Sevier, who owned a plantation in to the west of Tipton’s home. Tipton had become an outspoken opponent of the formation of the new state and had a personal dislike for his counterpart, Sevier. In February 1788, authorities from North Carolina, seized slaves and livestock belonging to Sevier and took them to Tipton’s house to pay off a court ordered debt owed to Tipton. On the 27th Sevier and 135 supporters attacked the Tipton home site in an effort to regain his property. The skirmish lasted two days ending on the 29th with the defeat of Sevier’s men. This became known as the Battle of the State of Franklin, and would decide the fate of the new state. The state of Franklin was not to be and all land became part of Tennessee, which was what Tipton and his supporters wanted. In 1796, Tennessee became the 16th state in the Union, and Tipton would served in the first two General Assemblies of the state.

John Tipton died in 1813 and the property went to his son John Tipton Jr., who was a Tennessee State Senator, residing in Blountville. Tipton Jr. moved to the property and built onto the cabin his father had constructed; He lived at this house until his death in 1831. In 1837 the heirs of Tipton Jr. sold the property to David Haynes, who in turn gave it to his son Landon Carter Haynes for a wedding gift in 1839. Landon was a Methodist minister, newspaper editor, lawyer, and State Senator. In 1850, Haynes added onto the house bringing it to the point as it stands today. Haynes would become a Confederate Senator of the State of Tennessee, and would be forced to move off of his land after the Civil War. Haynes would move to Memphis, where he died in 1875. In 1878, Landon’s niece, Sarah Simerly would regain ownership of the property and it would remain in the family until 1944 when the family gave the land to the State of Tennessee. The Tipton-Haynes Site was opened to the public in 1970.(1)