The Orpheum opened in 1922 and is historically significant as one of the first "atmospheric" theaters built in the country (in atmospheric theaters the auditorium ceiling is curved and decorated in such a way that it gives the illusion of an open evening sky). The interior was designed to mirror a Spanish courtyard. The theater's history followed the decline of urban downtowns as places of entertainment, losing business to suburban theaters that had less overhead and maintenance costs. Volunteers saved the theater from the wrecking ball in 1983 and began the process of restoring the historic theater. Today, the theater once again hosts some of the leading national acts and is one of the premiere attractions in central Kansas. It was added to the National Register of Historic Places in 1980.

The Orpheum was placed on the National Register of Historic Places in 1980. 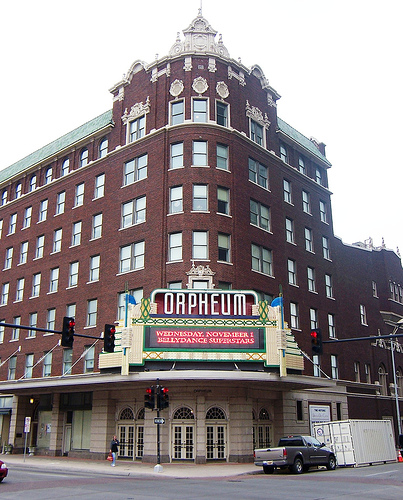 View inside of the theater. 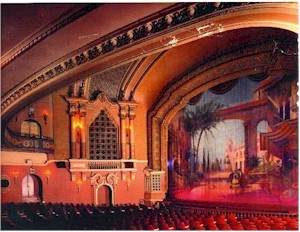 The theater is also significant in that it represents the transition from the vaudeville era to the film era. The architect, John Eberson, designed the building in such a way that the transition could take place. For many years, traveling vaudeville acts were one of the country's main sources of entertainment. The onset of the film industry in the 1920s soon overtook vaudeville acts in popularity. Mirroring this trend, in just seven years the theater began to only offer films.