James E. Crowther is the highest ranking officer buried in the Cemetery as Colonel of the 110th Pennsylvania Infantry. Mustered in December 23, 1861 and promoted from Lt. Colonel on March 18, 1863. Crowther was killed in action in fighting at Hazel Grove on May 3, 1863 during the Battle of Chancellorsville. 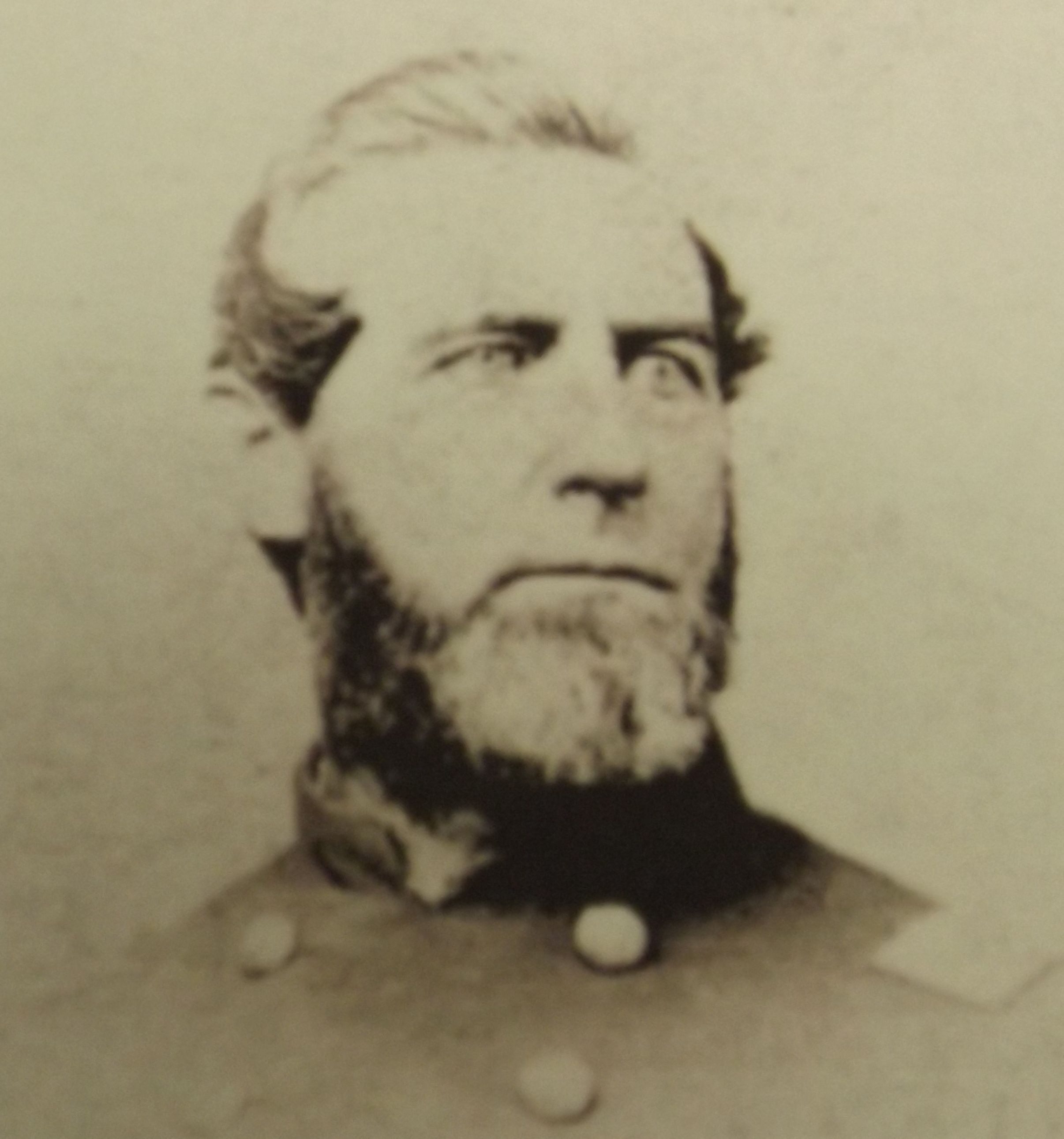 Grave #2897: Col. James E. Crowther. Even though Crowther is the highest ranking officer buried in the cemetery, he has the same simple headstone as all other known burials. 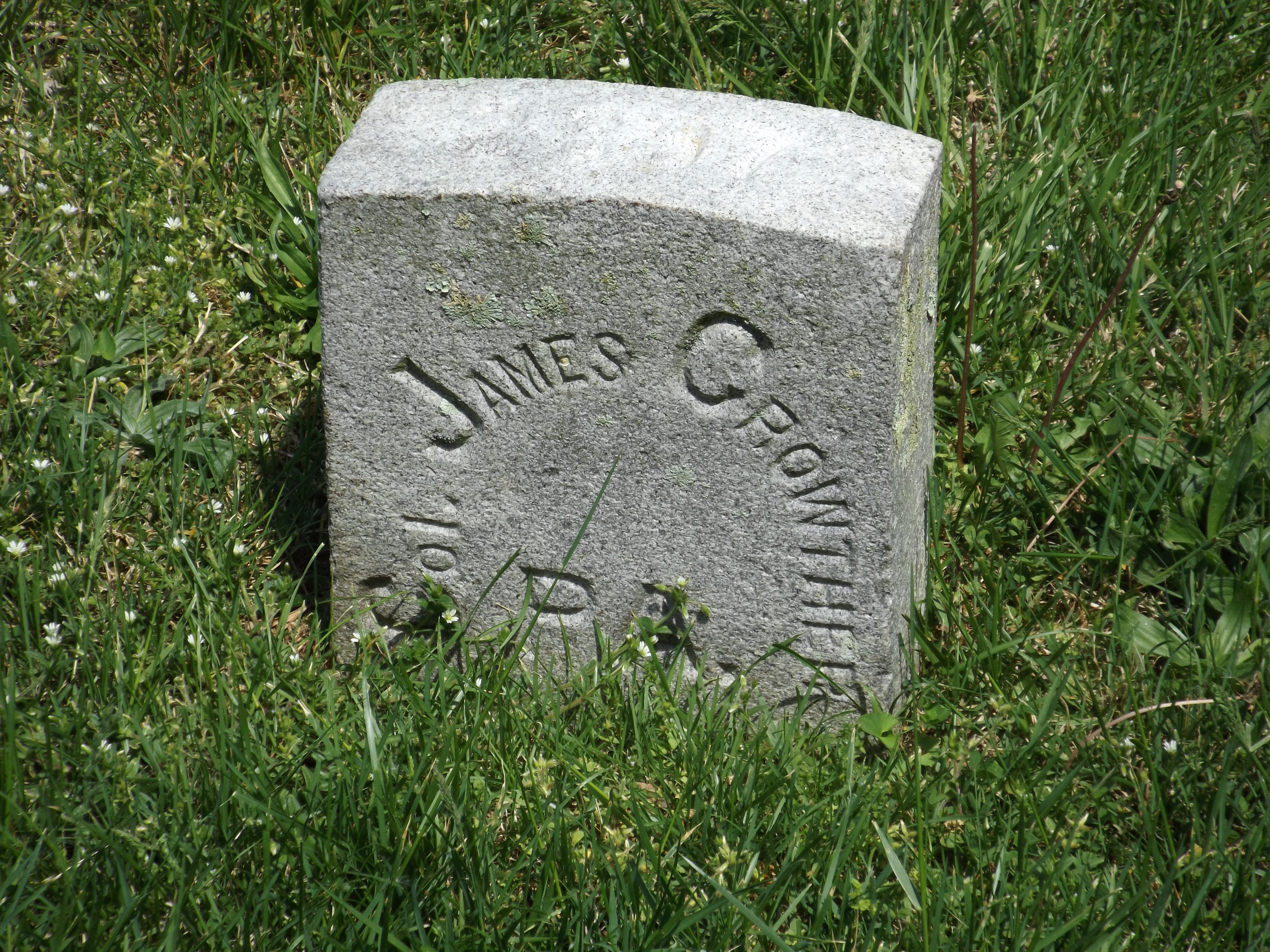 Crowther's widow filed for, and received, a pension after his 1863 death. 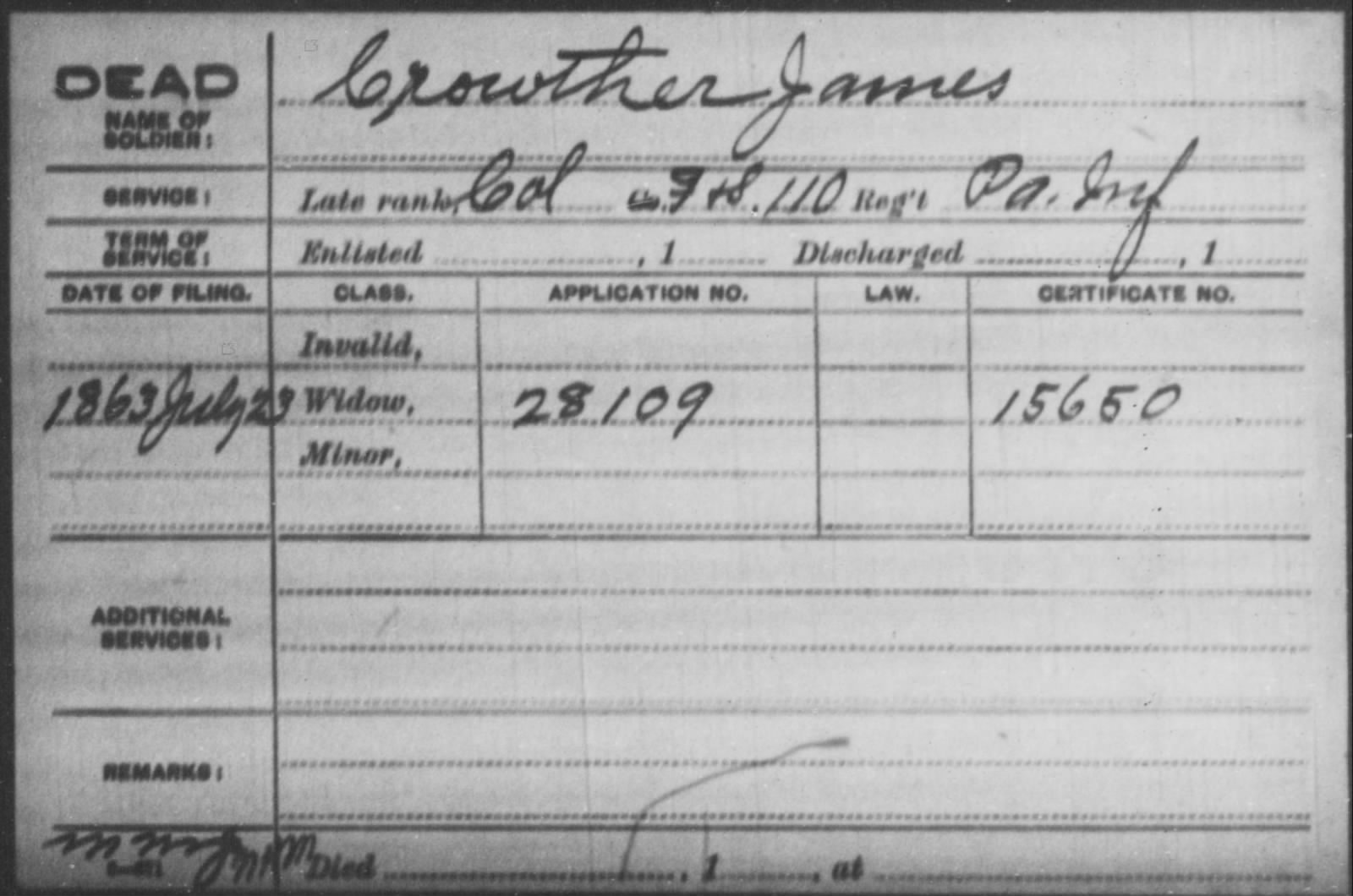 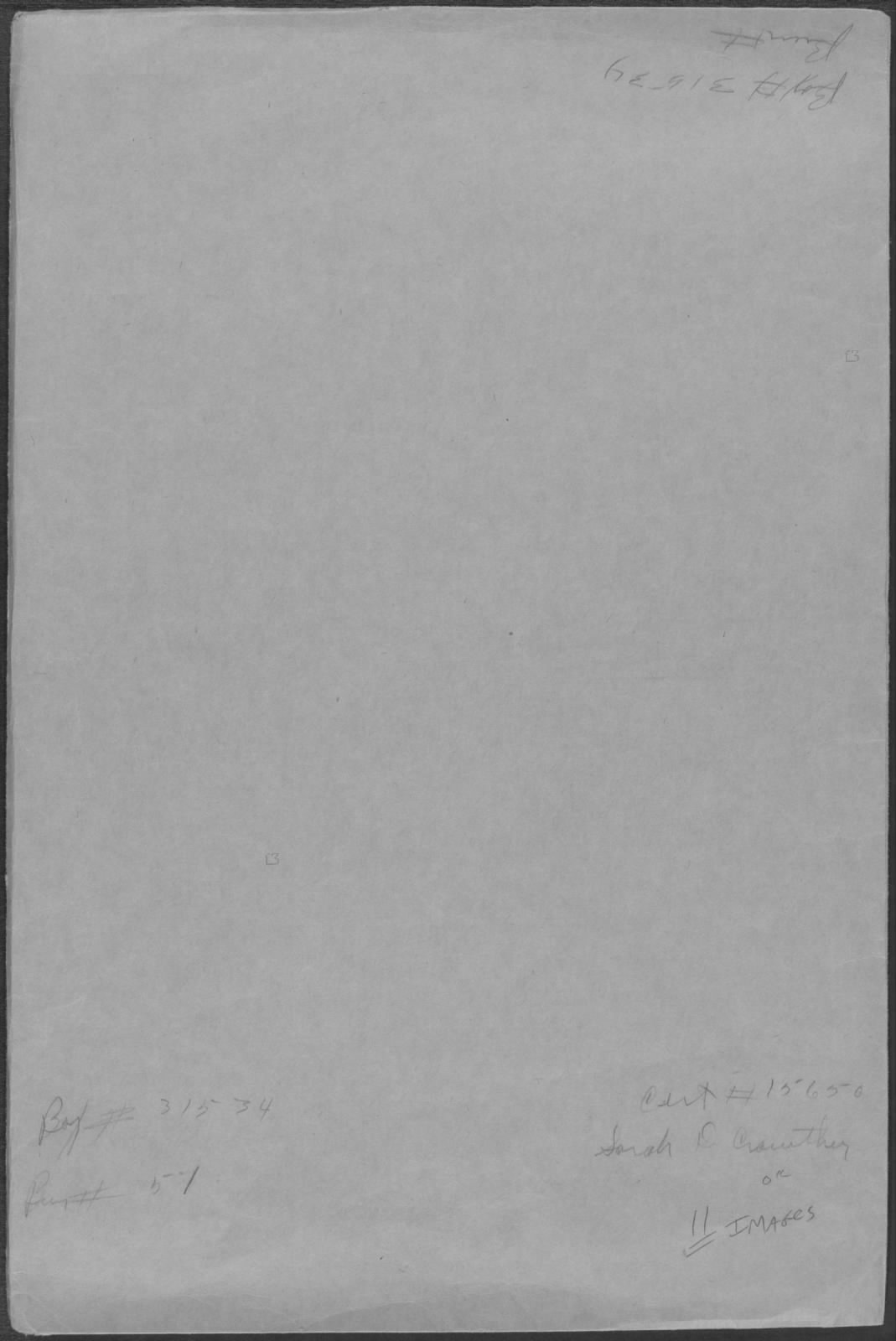 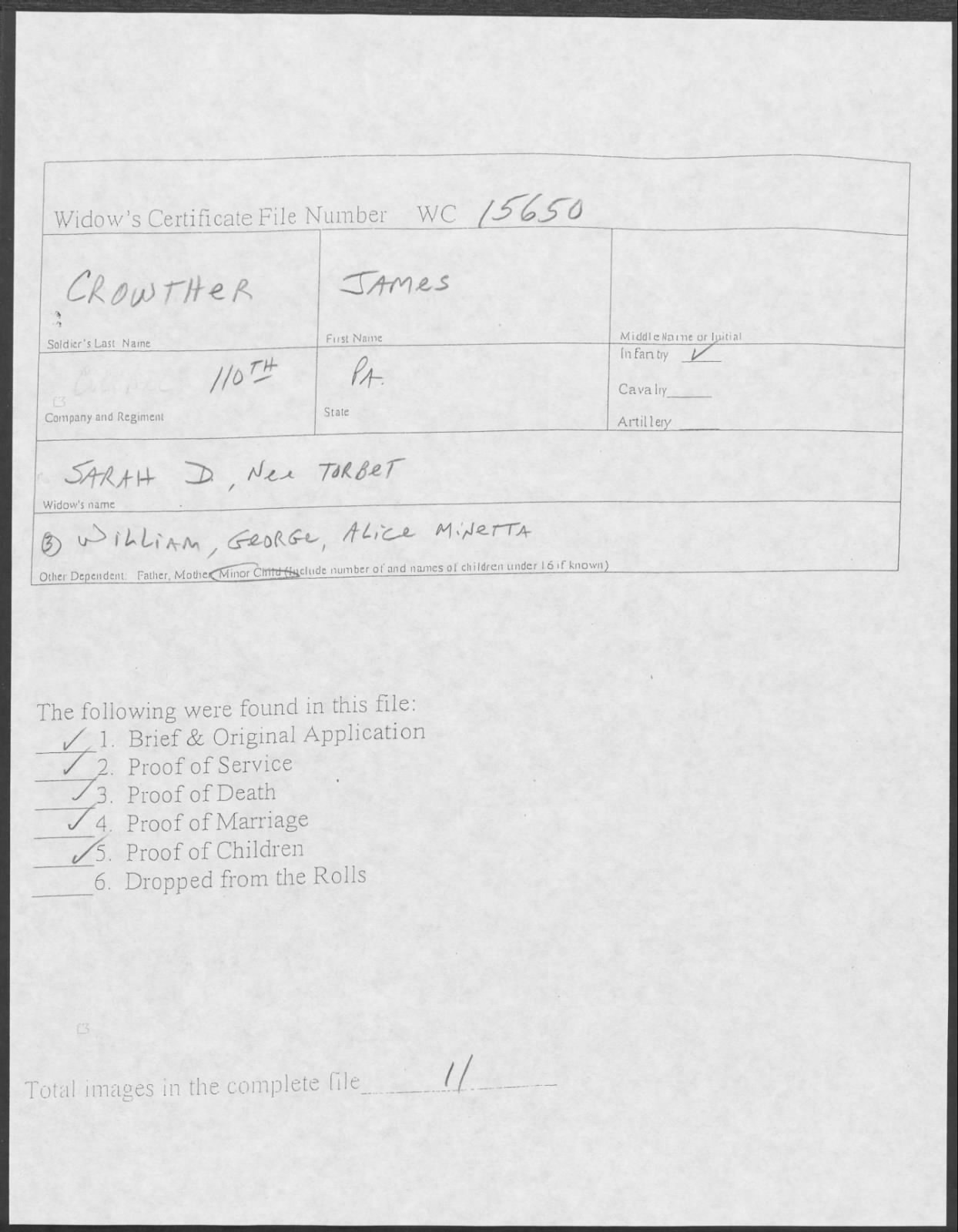 Brief in pension case of Sarah D. Crowther shows she received a pension of $30 per month. (pension file, page 3) 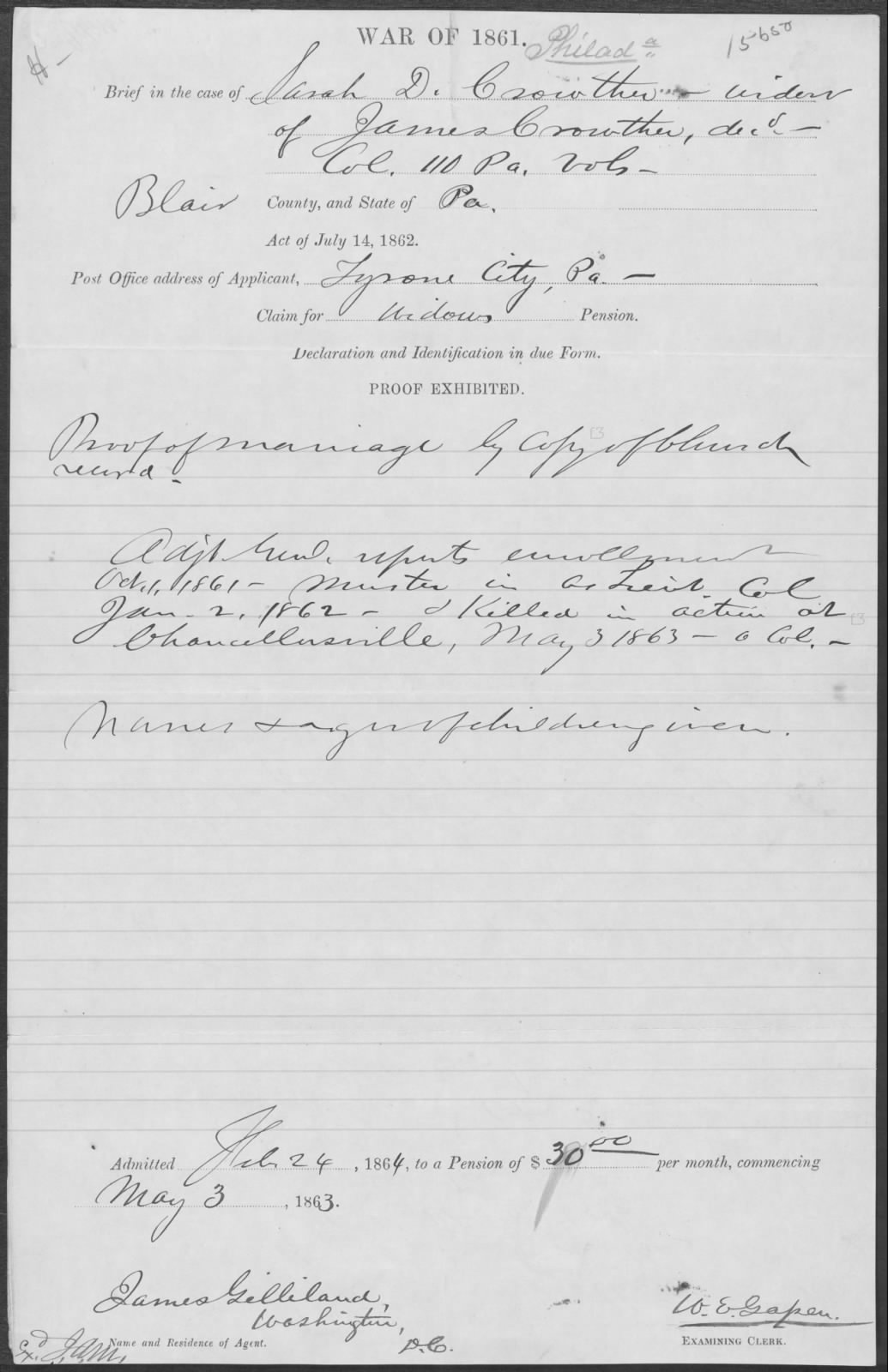 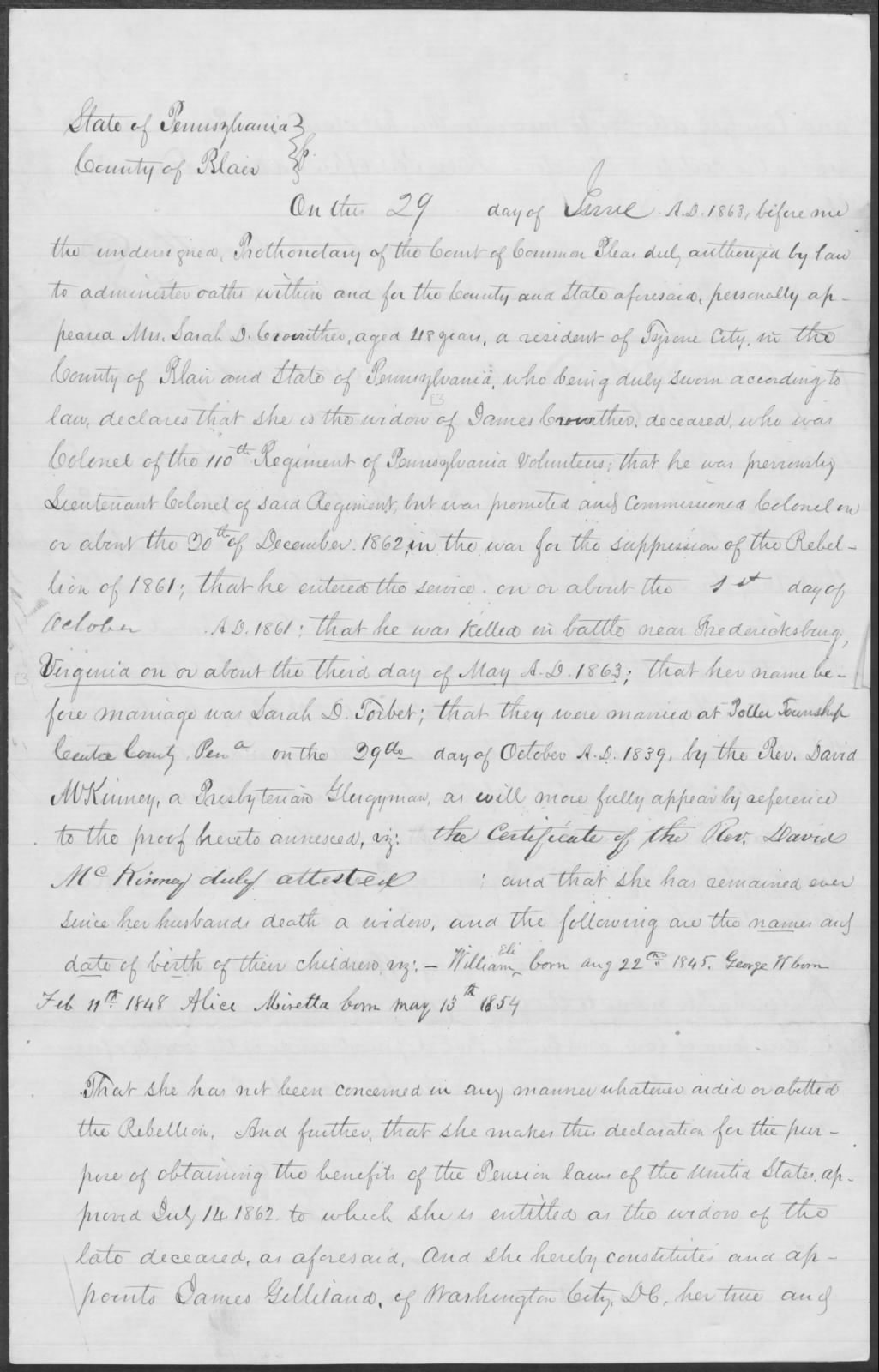 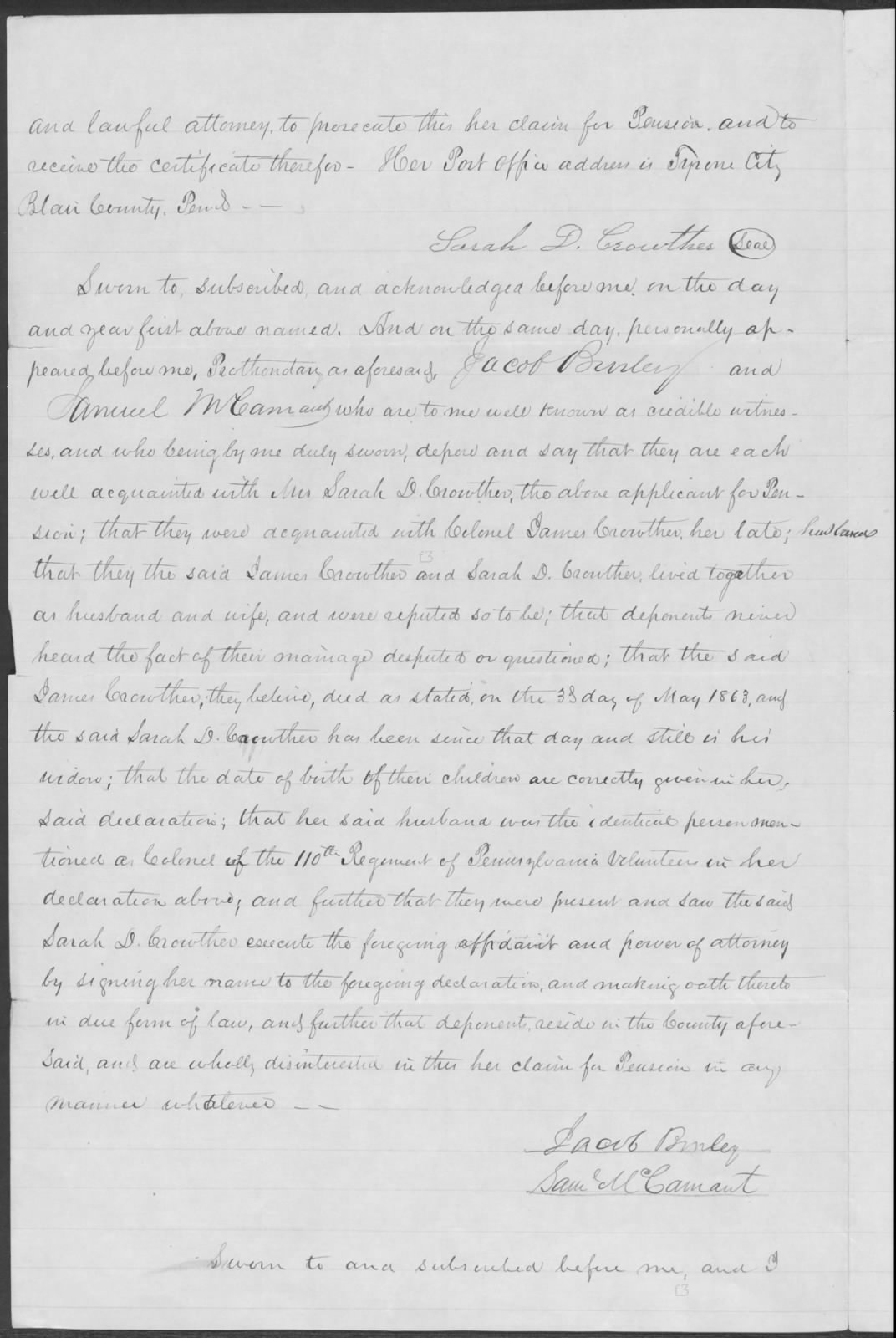 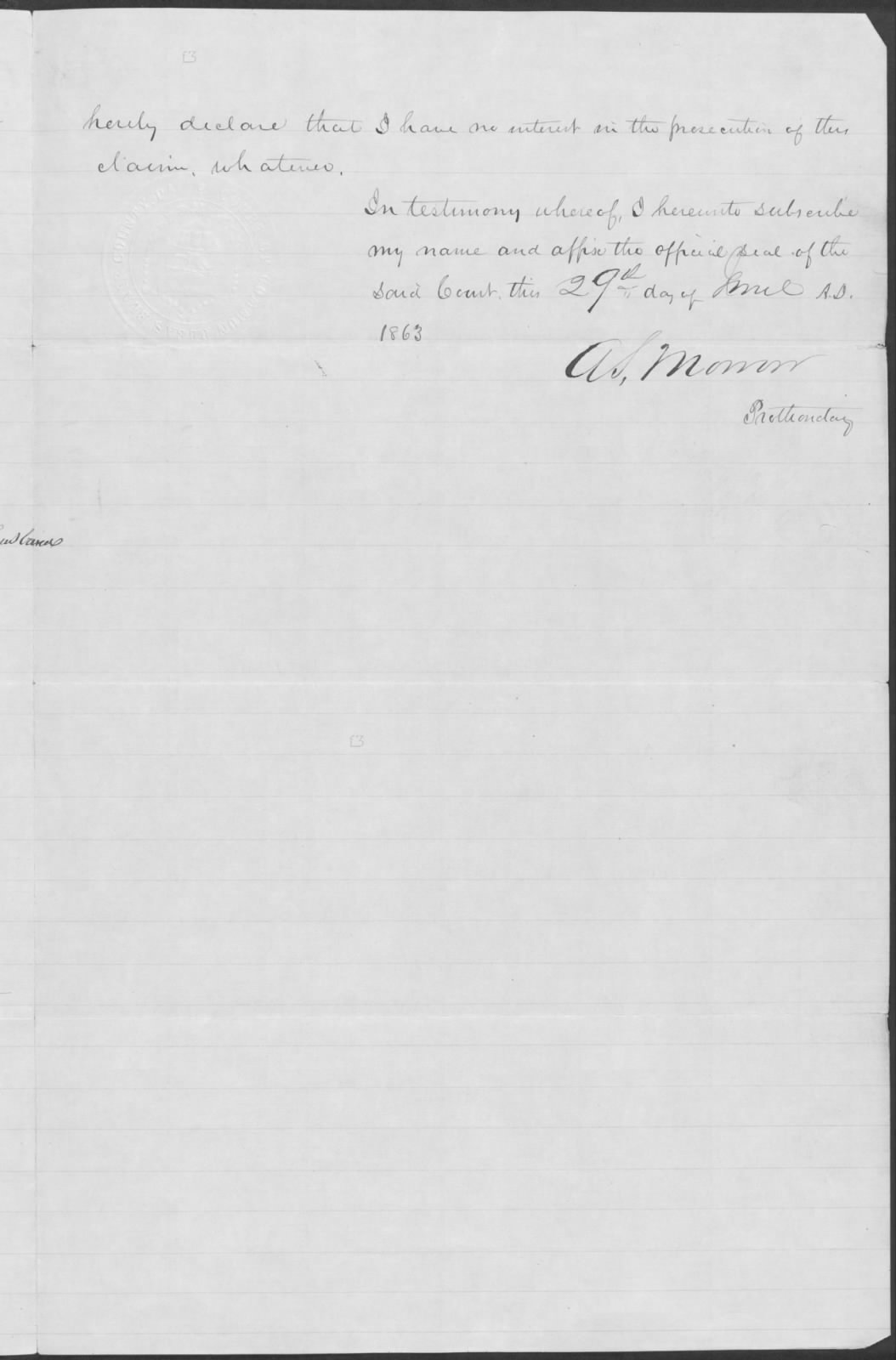 Pension file, page 7 (back of deposition) 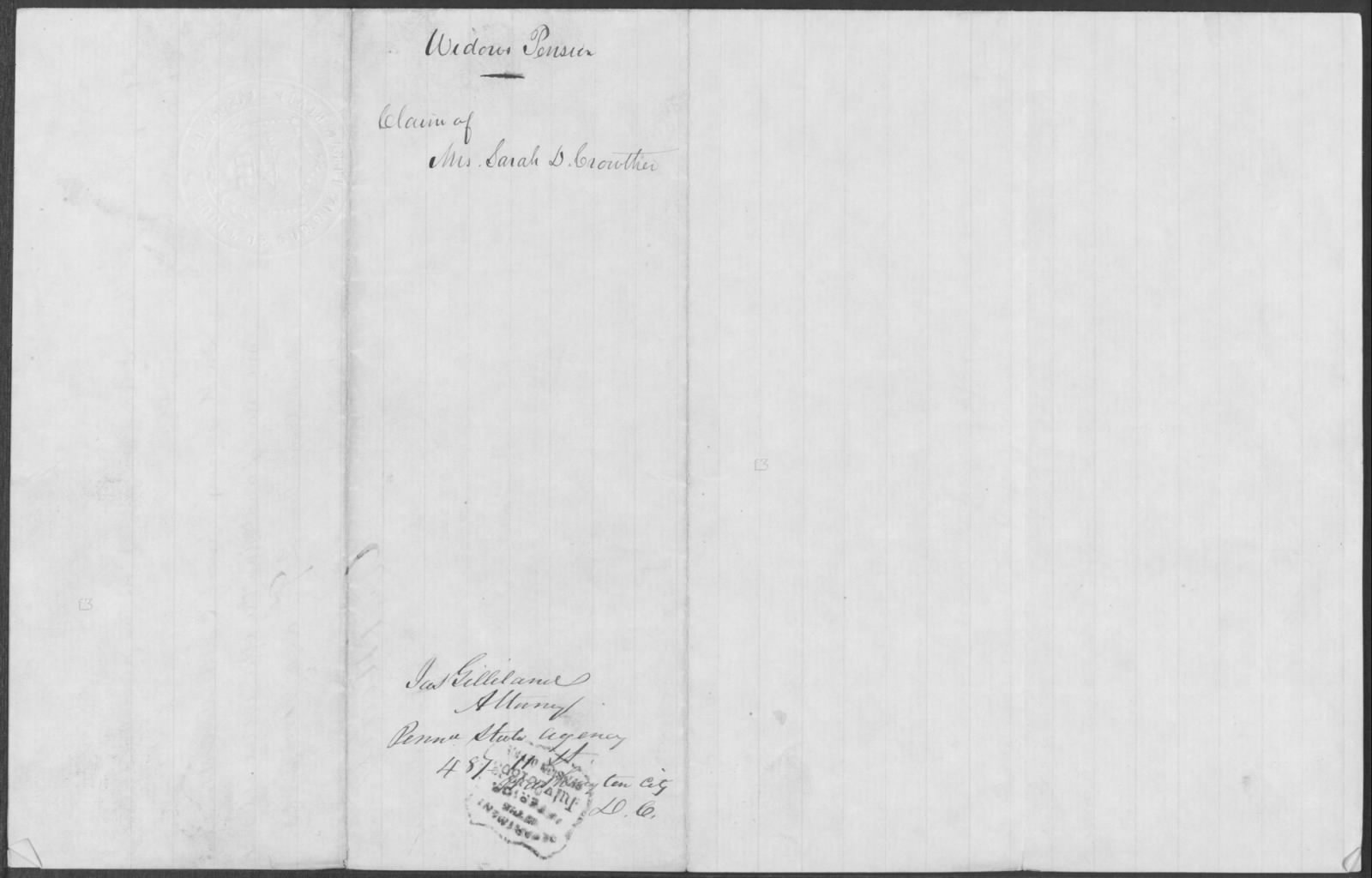 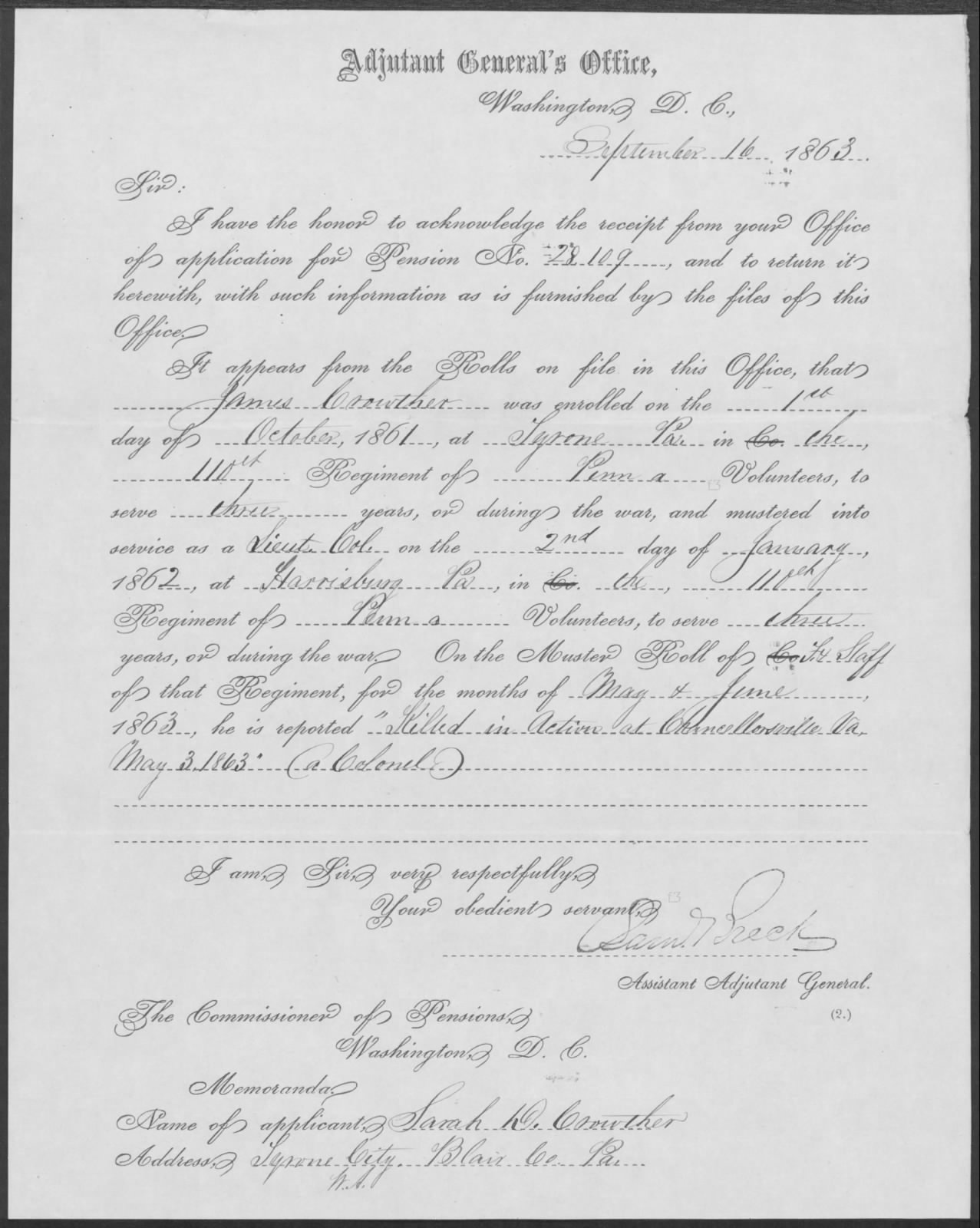 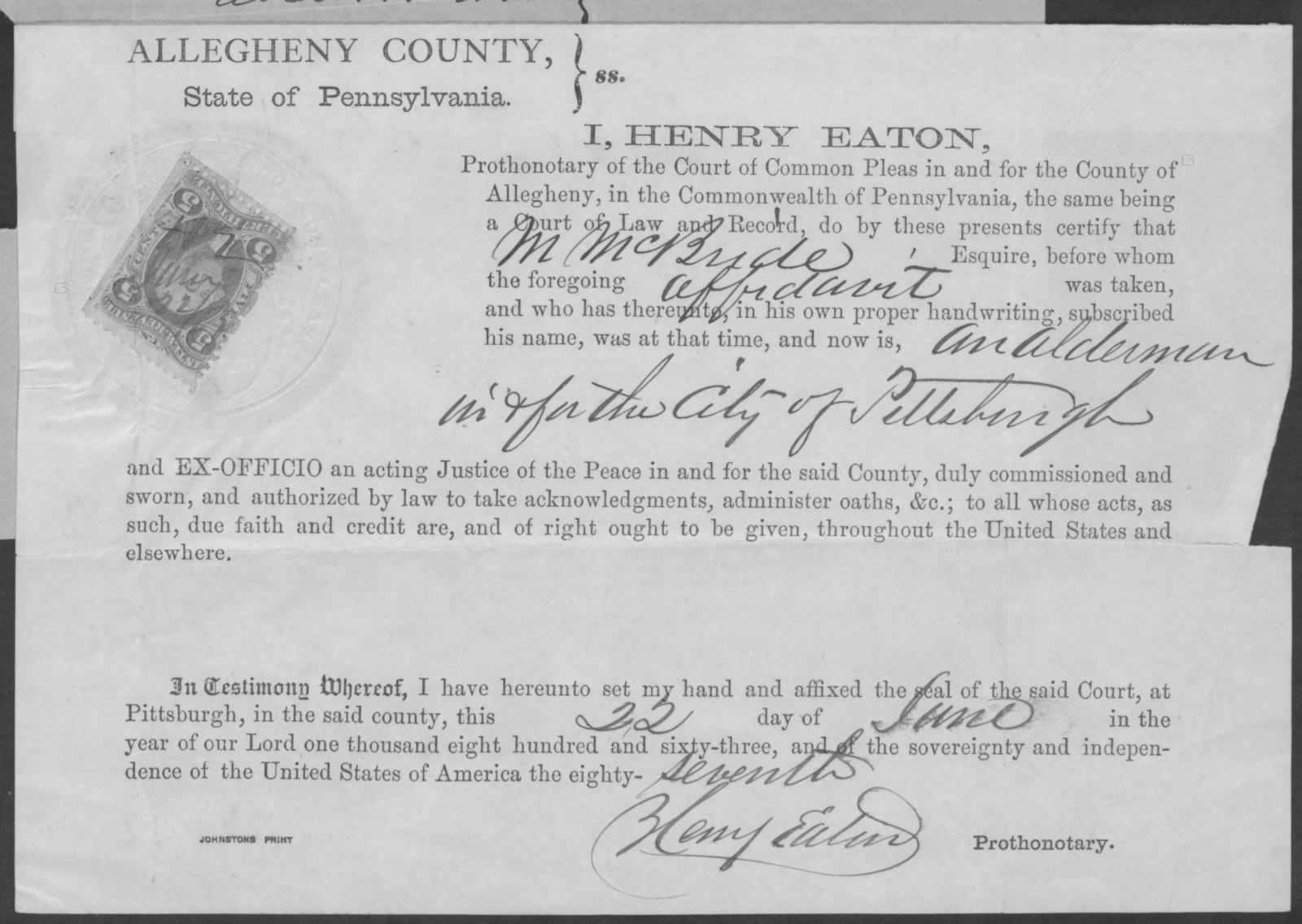 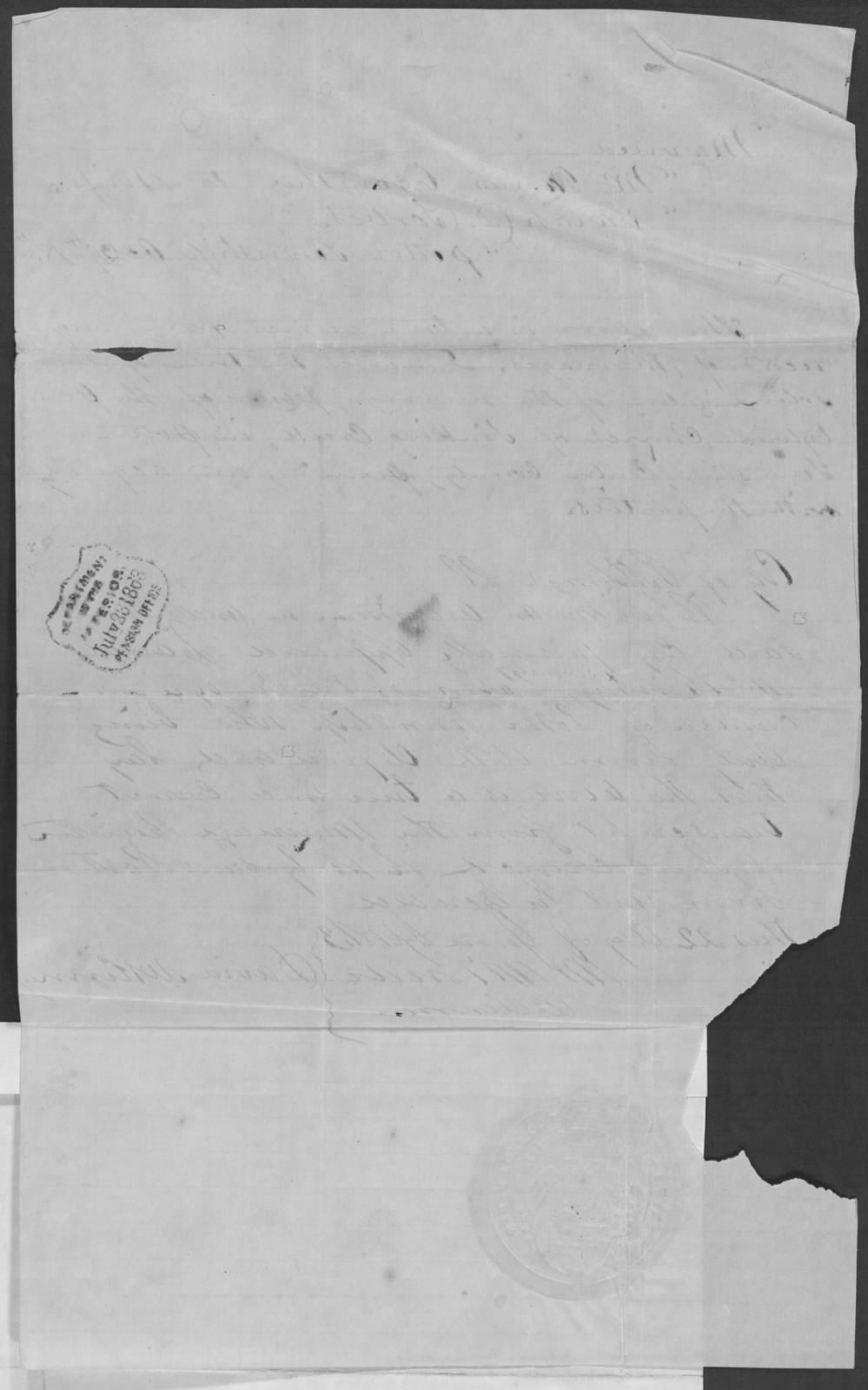 Colonel James E. Crowther is the highest ranking officer buried in the cemetery, although you would hardly know it based off of his simple headstone. His regiment, the 110 PA Infantry, fought at Hazel Grove on the morning of May 3rd during the Battle of Chancellorsville, and was ordered to hold their position at all hazards until it became impossible. Unfortunately, the regiment was not aware that the rest of the line had broken, leaving them vulnerable to a flanking attack. Called upon by the Confederate force to surrender, the 110PA responded with hand-to-hand fighting. The regiment lost almost half their strength in this fighting, included their colonel. Perhaps knowing his possible fate, Crowther had written to his wife Sarah a few days before the campaign, his last letter home. “ I hope we will get through safe.” he concluded, “Don’t forget me my dear wife. My love to the children.” When the men returned the following year during the 1864 campaign, they found that the Confederates had carefully buried Crowther and marked the grave with his name and rank on a piece of cracker box, allowing him to be reburied under an identified marker here at the cemetery.

The burials from 1863 represent a wide variety of engagements: Chancellorsville and Salem Church, the Mine Run Campaign, and the ever-present threat of disease. Many casualties from the Battle of Chancellorsville were reinterred into the cemetery under “unknown” markers because the Confederates were largely responsible for burying the dead after the Union retreated. Because of this many Union dead were buried in unidentified graves or left unburied as the armies moved towards Gettysburg.

Colonel Crowther's eldest son, William Eli Crowther, took over the family business when his father enlisted in 1861. However, in February 1862, at the age of 16, William also enlisted in the war and served in Co. F, 2nd Pennsylvania Cavalry. He was promoted to Corporal November 1, 1862 and Sergeant in July 1864. He was wounded in action at Boynton Plank Road on October 27, 1864, taken to a hospital at City Point, VA, and died on November 4 at the age of 19.

Case Files of Approved Pension Applications of Widows and Other Veterans of the Army and Navy Who Served Mainly in the Civil War and the War With Spain, compiled 1861 - 1934. NARA Record Group 15, Catalog ID 300020. Accessed through Fold3, March 23, 2021.