Known as the Keystone State's "West Point," the former Pennsylvania Military Academy (now Widener University) has had a significant impact on the development of the US military as a country. It prepared many officers who would be instrumental in the Civil War as well as the wars that would follow. In the mid-1970s the decision was made to re-name the institution Widener University in order to honor the memory of Eleanore Elikins Widener, the maternal grandmother of Fitz Eugene Dixon, Jr., a generous supporter of the institution for four decades. In the sinking of the RMS Titanic in 1912, Eleanore Widener's husband, George Dunton Widener, and her son Harry drowned. There have been many "firsts" credited to the organisation that are now enduring contributions to culture; here, for example, football plays have been invented via a numerical code; the loops on the back of the jerseys have been developed here; "taps" have been written here. The mission of the museum states that "The PMC Museum gathers, preserves, and makes available to the public the wealth of Pennsylvania Military College history". 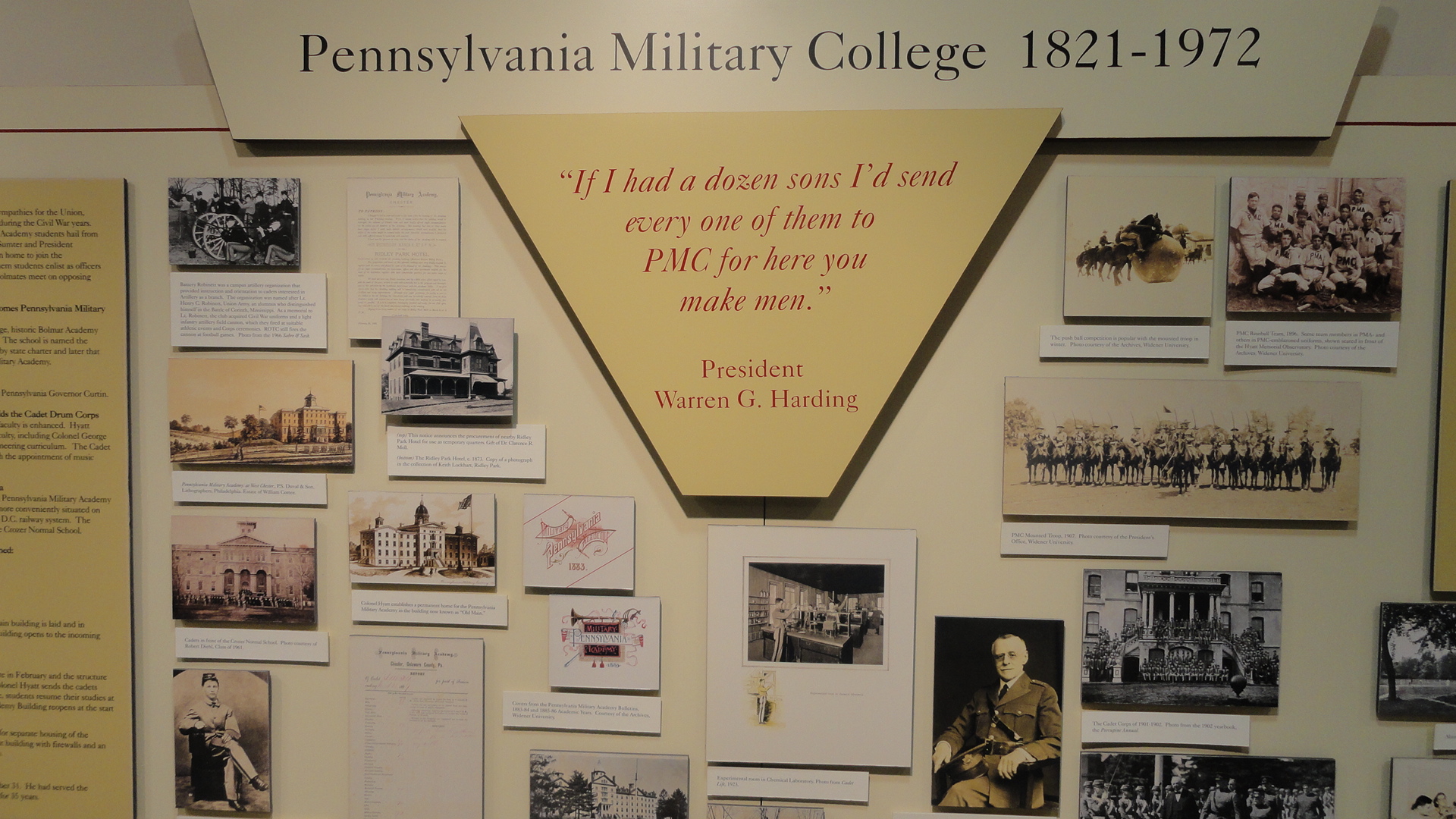 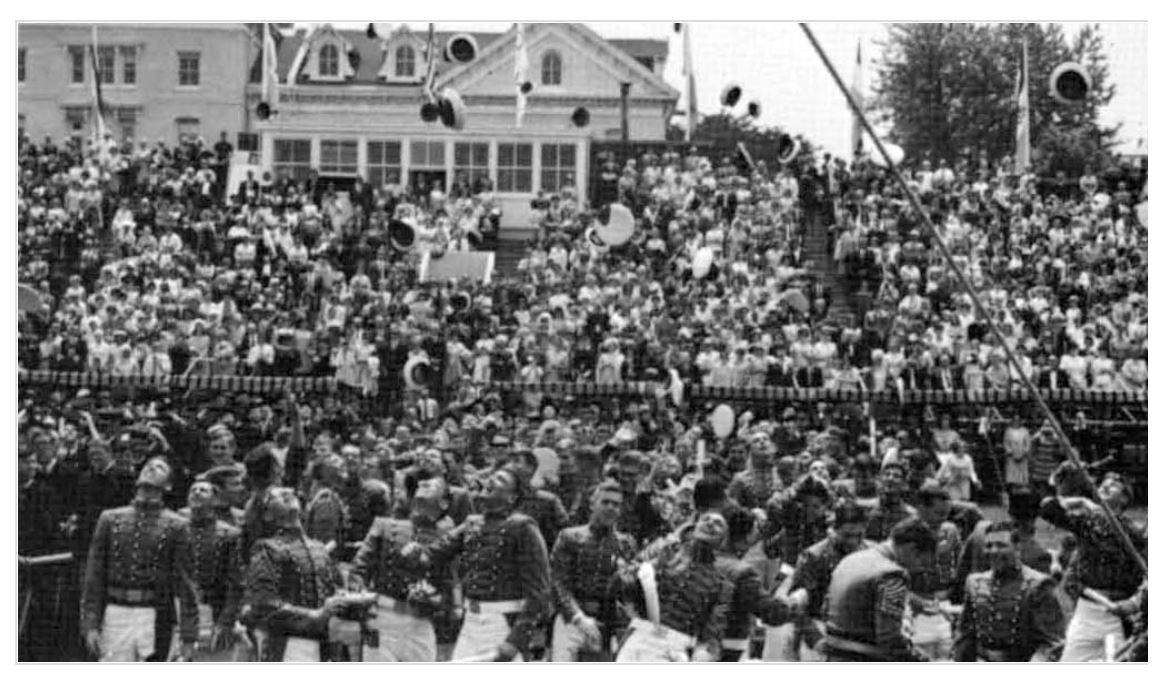 The history of the Pennsylvania Military College dates back to 1821, when John Bullock, who set up the Bullock School for Boys to train young men for "entry to college," founded Hyatt's Select School for Boys in 1853, under the leadership of Theodore Hyatt, who purchased the school, which was renamed Alsop Academy for Boys when Samuel Alsop became headmaster.

Traditionally, in the fall of 1858, Hyatt noticed his students doing broom-stick drills in the school. He then introduced military training to "develop the muscles, widen the chest, and give a gentlemanly carriage upright.

The academy moved to West Chester, Pennsylvania in 1862 and the name of the school changed into Pennsylvania Military Academy (PMA). PMA enrolled both the preparatory and college students until 1892, when a more collegiate curriculum was established. The school was transferred to Chester again in 1868, and buildings for the Pennsylvania Military College were constructed with the aid of a group of local residents.The school was under the direction of General Charles Hyatt, Theodore Hyatt's son, and his son, Colonel Frank Hyatt, from 1892 until 1930. During that time, PMC was an all-male cadet college, modelled after the famed U.S. West Point Army School. The PMC cadets had come to see themselves as being from Pennsylvania's West Point.

PMC had offered exceptional military instruction. The school was the first to have an army detail stationed since 1869 and also, obtaining federal arms for training was also the first school. PMC was listed on the War Department's first list of "distinguished organisations" issued in 1904.

Open-10:00AM to 1:00PM most Saturdays during the Academic Year, and by appointment through Widener's Alumni Office at 610-499-1154. See the PMC Museum website for more information on visiting the museum. Saturday: 10 AM - 1 PM