The Battle of Hoover’s Gap was a major turning point for the Tullahoma Campaign and led to advances in the American Army. Even though the campaign lasted from June 24 to July 1, 1863, the Battle of Hoover’s Gap was over in one day, June 24th. Union Colonel John Wilder led his ‘Lightning Brigade’, armed with the new Spencer repeating rifles, through pouring rain toward Hoover’s Gap. Control of this gap was of vital importance to the Confederacy for two reasons. It protected central Tennessee, wherein lies Chattanooga, a vital railroad supply line for the South and it held large, fertile agricultural regions. A narrow valley about four miles long with1,100 ridges on both sides, Hoover’s Gap was a challenge for forces to maneuver. This was the first battle that the new Spencer repeating rifle was tested out on. With all 1,500 of Wilder’s men armed with these new Spencer rifles that could shoot 15-20 rounds per minute, against the Confederate Colonel J. Russell Butler’s larger forces, armed with Rebel muzzleloaders that could only shoot 2-3 rounds per minute, the Confederate’s were soon pushed back. However, before the Union took control of central Tennessee, they had to endure several more counterattacks from Confederate forces. But, by 7:00 p.m. on June 24th, the Battle of Hoover’s Gap was over. The Tullahoma Campaign took place between June 24, and July 1, 1863, but the Battle of Hoover’s Gap, which kicked off the campaign only lasted less than 18 hours.

This map covers all the battles of the Tullahoma Campaign in Tennessee, which includes Bedford and Rutherford Counties. 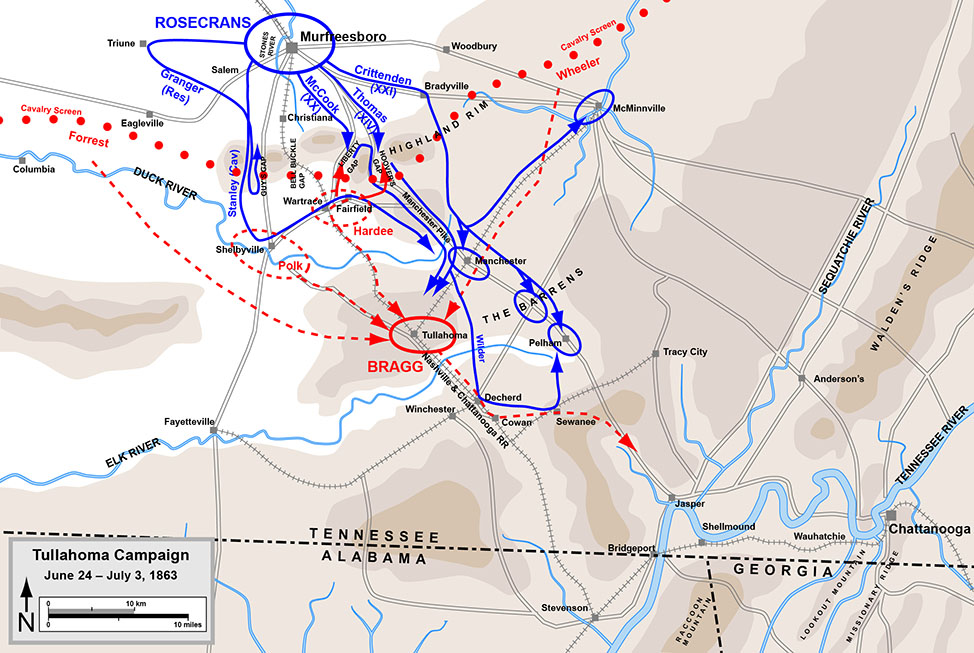 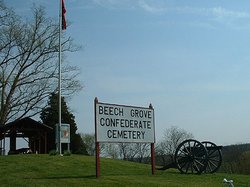 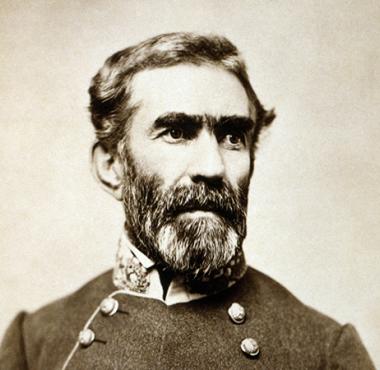 Erected on October 7, 2010, this memorial commemorates the Confederate soldiers who fought in the Battle of Hoover's Gap.

At the age of 19, Union General William Starke Rosecrans entered West Point and graduated 5th in his class. While he was at West Point he got the nickname 'Rosey', that was used lovingly by his troops during the Civil War. 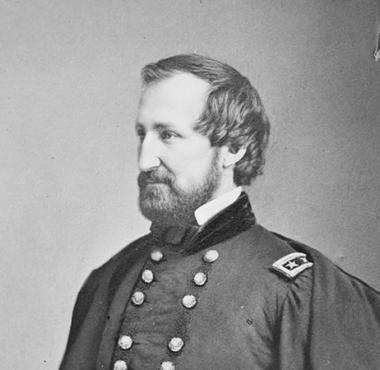 Union Colonel John T. Wilder was famous for his 'Mounted Lightning Brigade' during the Battle of Hoover's Gap. 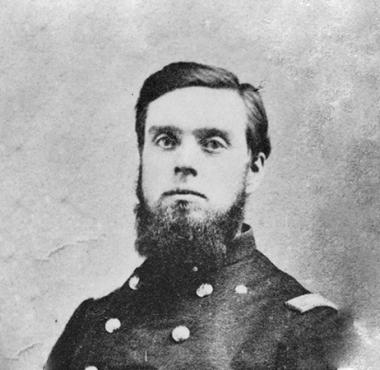 The Battle of Hoover’s Gap was part of a series of battles in the Tullahoma Campaign that was fought for control of central Tennessee. Starting on June 24th, 1863, the Tullahoma Campaign was kicked off with Bragg’s defeat by Union General William Rosecrans. Bragg retreated back to Tullahoma to winter out while Rosecrans wintered at Murfreesboro. Separated by ridges and valleys, these armies were wintering over just 30 miles apart. As summer of 1863 approached, Washington was afraid that Bragg would take his forces to Vicksburg to help Lee. Hoping to avoid this, Washington advised Rosecrans to instigate a campaign against Bragg in central Tennessee.

Rosecrans's plan to outmaneuver and outflank Bragg’s army was considered to be one of the most brilliant maneuvers of the Civil War. As the Confederates were preparing for Rosecrans’ forces to zigzag their way around the rim of the ridges, Rosecrans sent General Crittenden and General Granger with divisions on deceptive movements eastward and westward. While trying to figure out which division would be the most threat, Colonel John T. Wilder and his mounted brigade rushed towards Hoover’s Gap. Armed with the new Spencer repeating rifles, the smaller Union forces overwhelmed the Confederate's larger forces. Wilder was supposed to wait for reinforcements before launching his assault on Hoover’s Gap, but he didn’t listen. Taking his 2,000 mounted forces, he raced into Hoover’s Gap and took the enemy that was there. After reaching the other side of the gap, Wilder had his men dismount and prepare for the counterattack that was sure to come. After several more assaults from the Confederate forces, Wilder’s reinforcements arrived. The battle lasted from approximately 3:00 a.m. on June 24th to approximately 7:00 p.m. on that same day.

The importance of the Battle of Hoover’s Gap was due to the fact that it was the gateway to the strategic city of Chattanooga, which was a critical supply line for the Confederacy. The railroad at Chattanooga and the vast, fertile agriculture fields in central Tennessee supplied the South with essential commodities. Losing control of central Tennessee was a devasting blow for the Confederacy. The Union victory was due largely to Wilder’s ‘Lightning Brigade’ being armed with the new Spencer repeating rifles. Being able to shoot 5-7 rounds per minute compared to the Rebel muzzleloader 2-3 rounds per minute, the Spencer rifle gave the Union the advantage in this battle. The amount of firepower generated by the Spencer riffle fooled the Confederates into thinking that the Union forces vastly outnumbered their forces. Being the first combat engagement in which these new rifles were used, they proved to be a great asset for the Union forces. After the Battle of Hoover’s Gap, the U. S. Army purchased thousands of Spencer repeating rifles for their troops. Because this battle was ending on the same day as the Battle of Gettysburg, it didn’t get the attention it deserved as one of the most pivotal battles of the Civil War.

John T. Wilder, Union Colonel, was concerned about the life of his troops and therefore he wanted the best weapons he could get. Placing an order for the new 1860 Henry riffle, he was soon disappointed to find that they were unable to process Wilder’s order. About the same time his deal fell through with the Henry rifle, a new Spencer rifle was being demonstrated to the officers of the Army of the Cumberland. Impressed by their efficiency, Wilder was told that the Army would equip his troops with the new Spencer repeating rifle. After months of waiting, Wilder decided to finance the purchase of enough Spencer rifles to equip his men. The same kind of incident happened when he wanted horses for his ‘Mounted Infantry’ and the Army again dragged their feet. Wilder sent troops out to seize Kentucky racing Thoroughbreds and gated Tennessee Walkers and when he ran out of saddle horses, he had them appropriate the mules pulling the supply wagons. Following the Civil War, Wilder served as Mayor of Chattanooga, Tennessee in 1871.

Union General William Rosecrans was not only a brilliant military leader, he was sought after numerous times for high political offices, only accepting once. In the election year 1864, Rosecrans was offered and accepted the Vice-Presidential position under President Lincoln. So why did Andrew Jackson fill that position? Because, for some reason, Rosecrans’ acceptance telegram was stopped by Stanton at the War Office. While in command of the 23rd Ohio Infantry, Rosecrans’ troops included William McKinley and Rutherford B. Hayes, two future United States Presidents. While serving under McClellan, in 1861, Rosecrans contributed to the formation of the state of West Virginia, in 1863, through the victory achieved at Rich Mountain by the Union forces. ‘Oh Rosey’, as he was lovely called by his troops, had a tendency to stutter when excited. His speech impediment caused him to skip his superiors and issue orders directly to his commanders. This practice served him well during the Battle of Stones River but failed him with a defeat at the Battle of Chickamauga. In 1880, Rosecrans was elected to the House of Representatives and chaired the Military Affairs Committee.

Confederate General Braxton Bragg was known for not following through on his often brilliantly executed assaults. infuriated his commanders and many wanted him relieved of his command. The only reason he kept his command was that he was a good friend of Confederate President Jefferson Davis. During the 1863 Battle of Chickamauga, Bragg failed to pursue the beaten Union forces and let them retreat safely to Chattanooga. This one incident allowed General Grant to come to the Union forces rescue and caused Butler to become “one of the most hated men of the Civil War”. After his defeat at the Battle of Chattanooga in November 1863, Bragg resigned command of his Confederate forces. On May 9, Bragg was in attendance of the last cabinet meeting of the Confederate government while it was being captured by Union forces. His prewar home was seized by the U. S. Government and he moved his family to Alabama. After the war, Bragg worked as a civil engineer until his death at the age of 59.

In 1862, Secretary of War, Edwin M. Stanton wrote that the occupation of Chattanooga was regarded by President Lincoln as “nearly as important as the capture of Richmond”. The Confederate's loss of central Tennessee, including Chattanooga, was considered one of the three pivotal turning points of the Civil War, along with the Union’s victories at the Battle of Vicksburg and the Battle of Gettysburg. Chattanooga was important to the Confederacy because it housed strategic railways that were crucial for moving needed supplies to and from central Tennessee. The fertile agricultural fields also supplied the South with much-needed food supplies. After the Battle of Hoover’s Gap, the Army supplied Spencer repeating riffles to its troops by the thousands. With Christopher Spencer’s invention, the Spencer repeating rifle was one of the most “technologically advanced arms of the Civil War era”. By the end of the Civil War, the United States government had purchased more than one-third of the over 144,000 Spencer rifles produced. As a result of the Battle of Hoover’s Gap, the Union controlled Middle Tennessee with all its amenities. This opened the door to deeper advancements into the South.