Perched atop a mountain pass in between Augusta and Highland County Virginia is the Confederate Breastworks interpretive hiking trail. Take in the breathtaking views and read a first hand perspective of the Stonewall Jackson’s Valley Campaign, as told through the letters of a Confederate soldier. Throughout the hike, be sure to look for the trenches, which are still visible to this day. The letters tell of the brutal winters, and the rugged terrain both Confederate and Union soldiers had to endure in the Shenandoah Valley. Be sure to continue along this Civil War trail up the road to the Battle of McDowell historic hike only a few miles up the road. 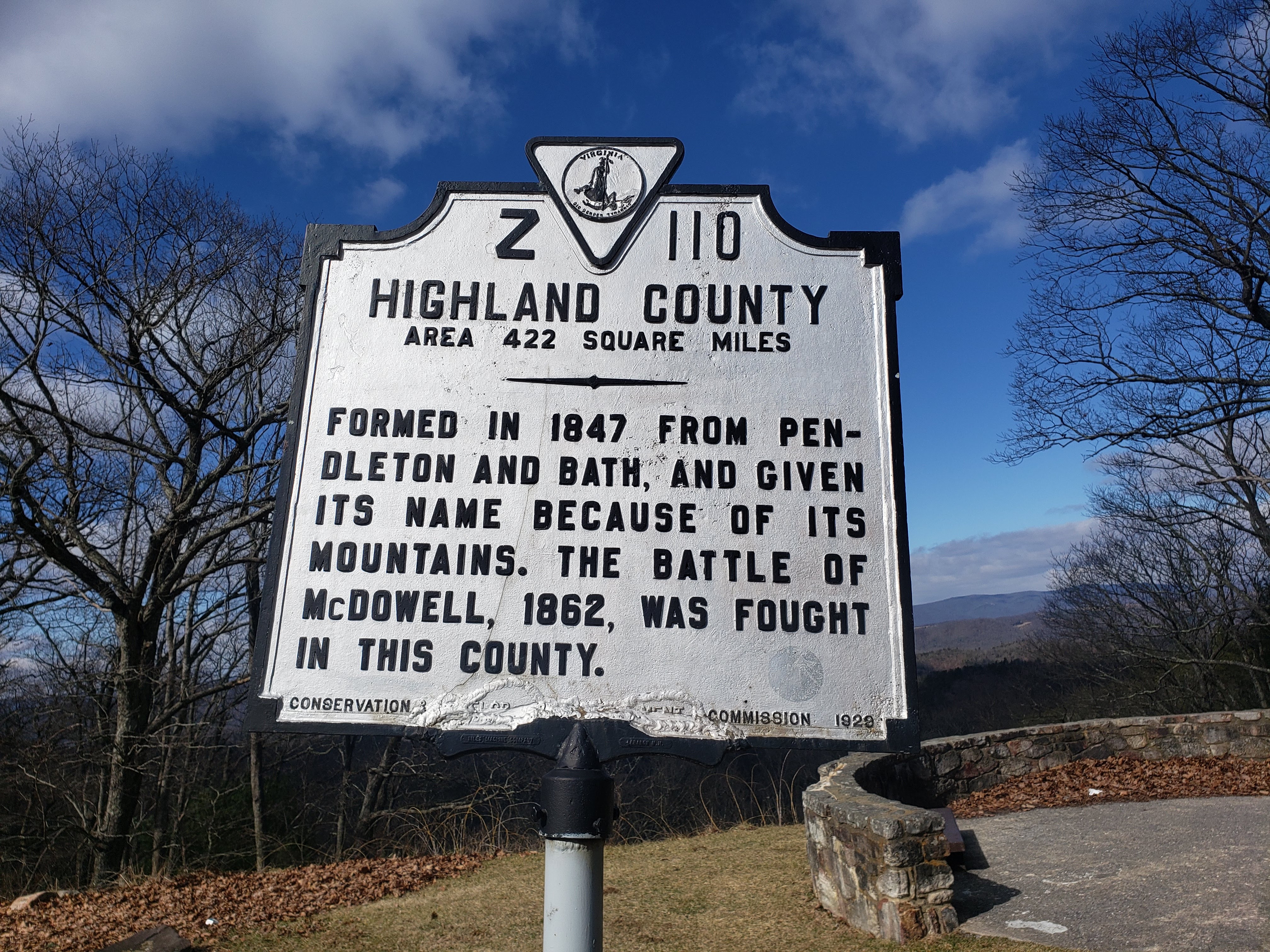 Historic plaque for the Fort 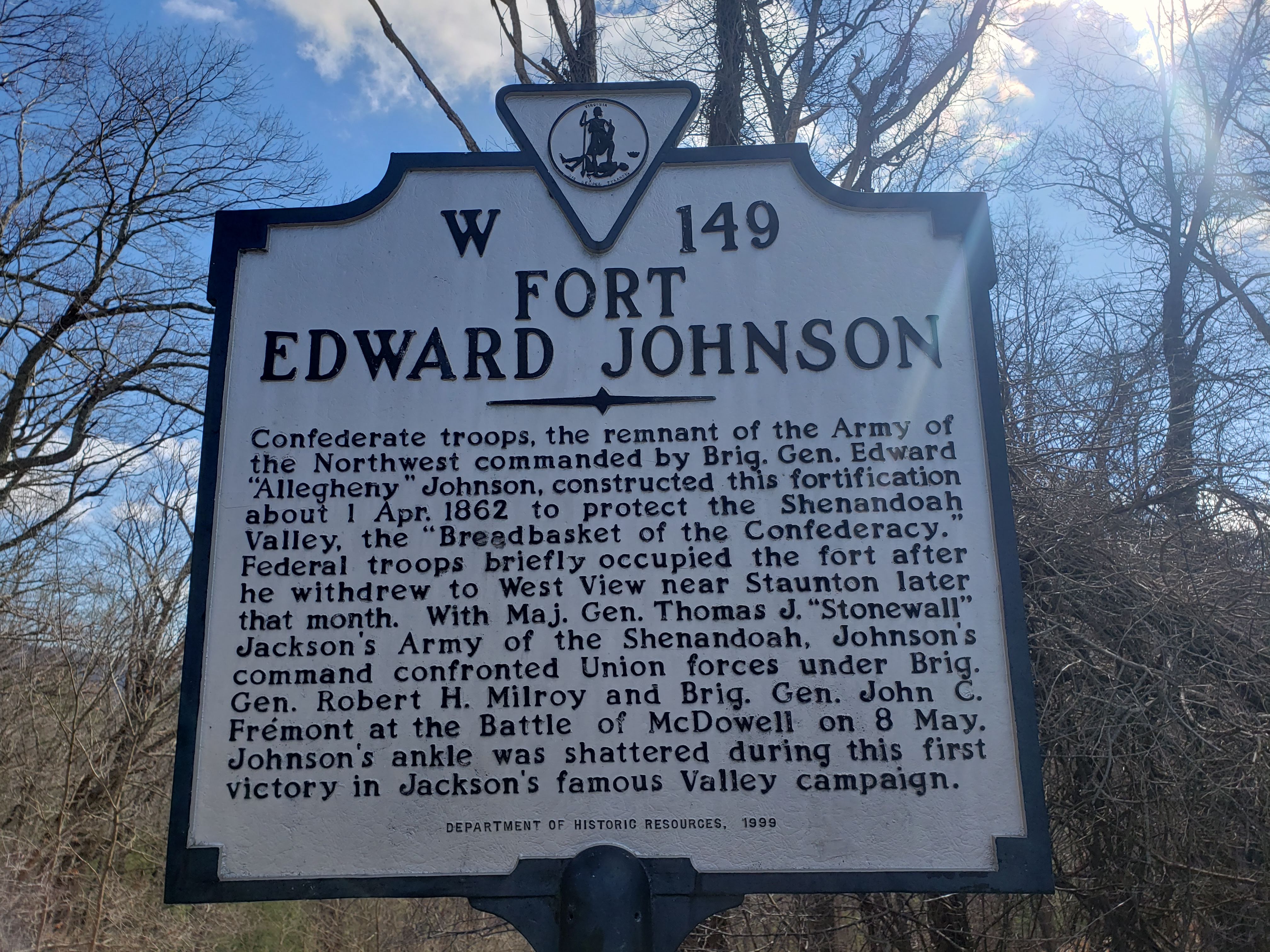 Map in the parking lot 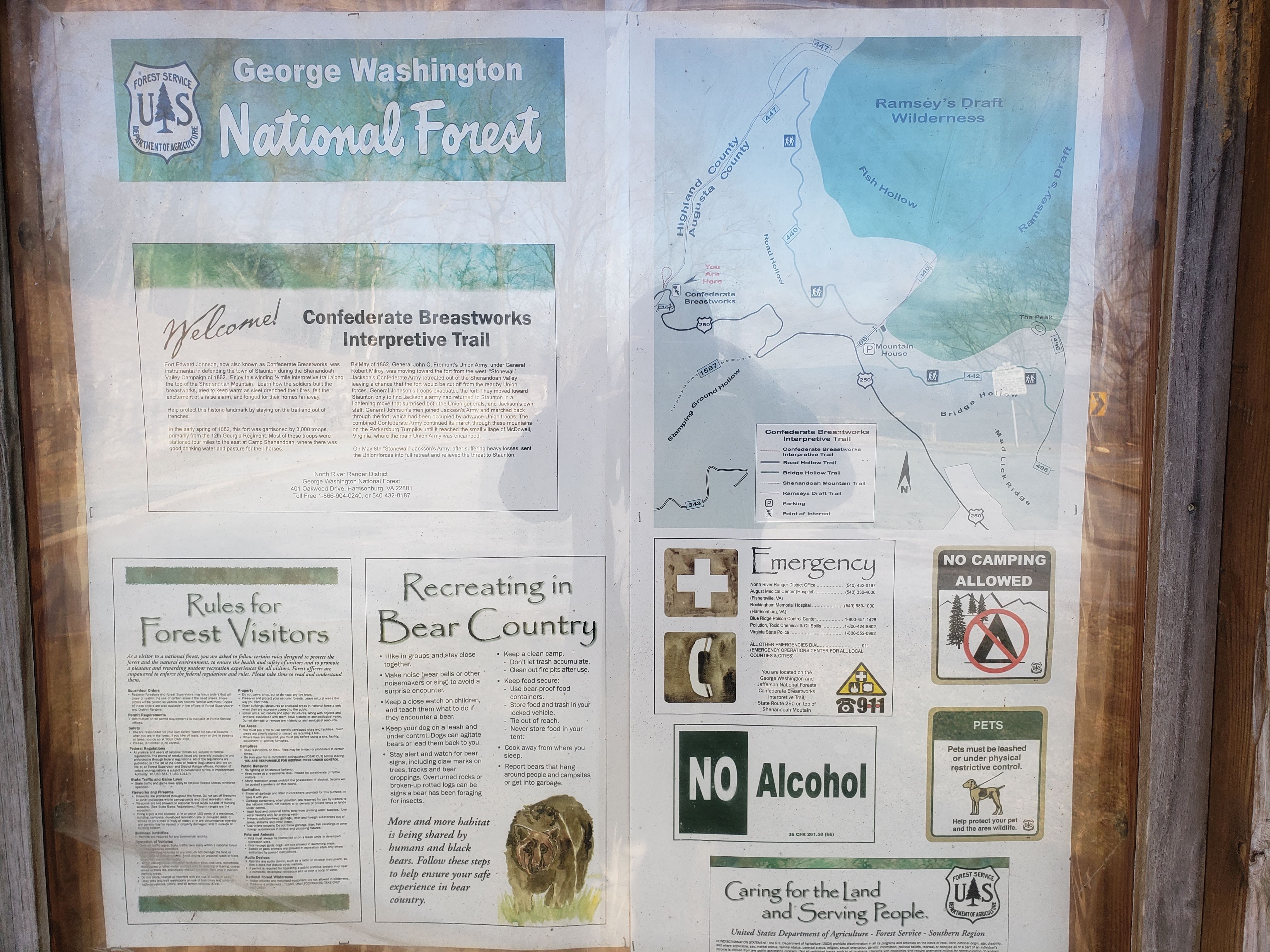 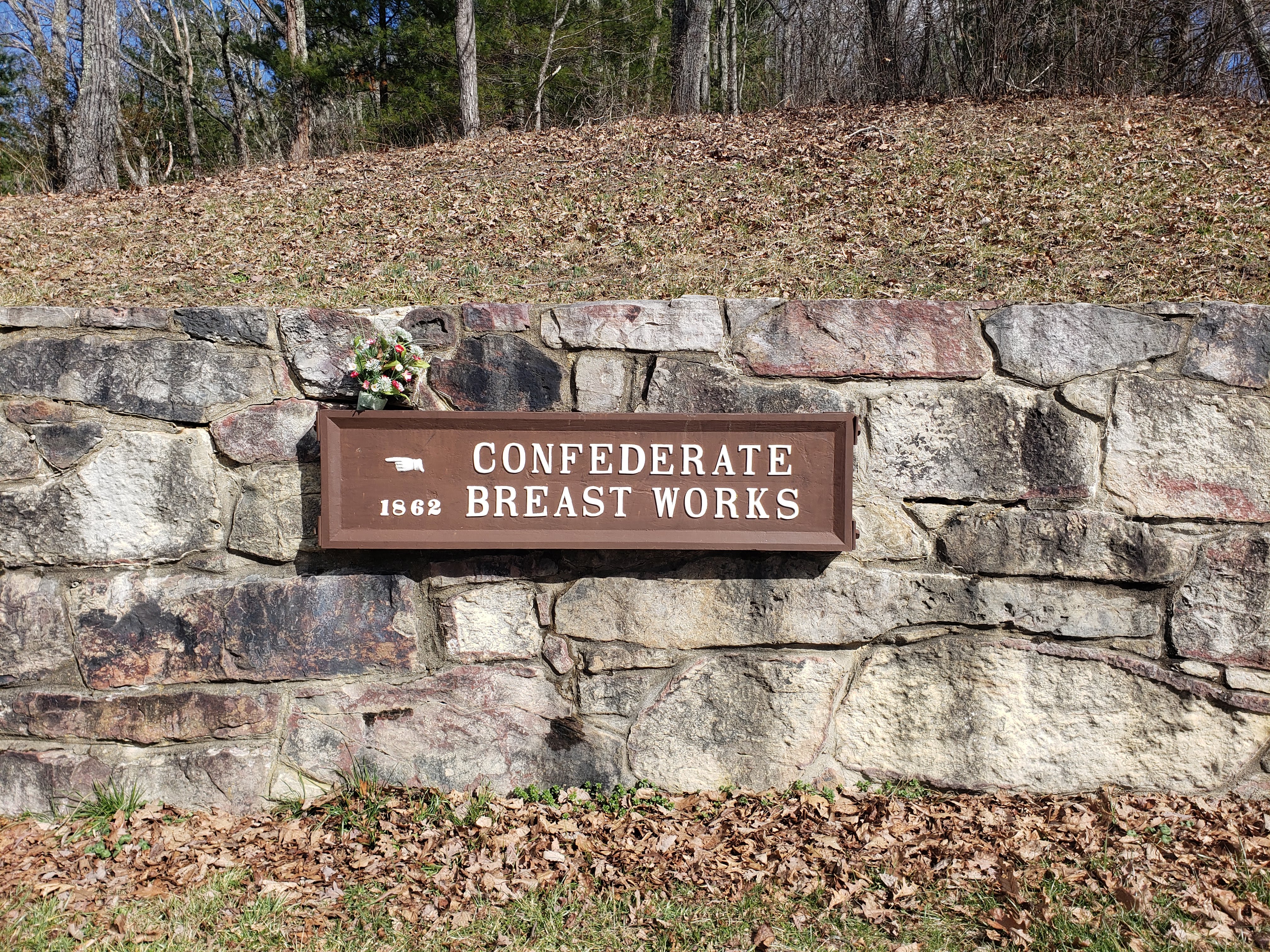 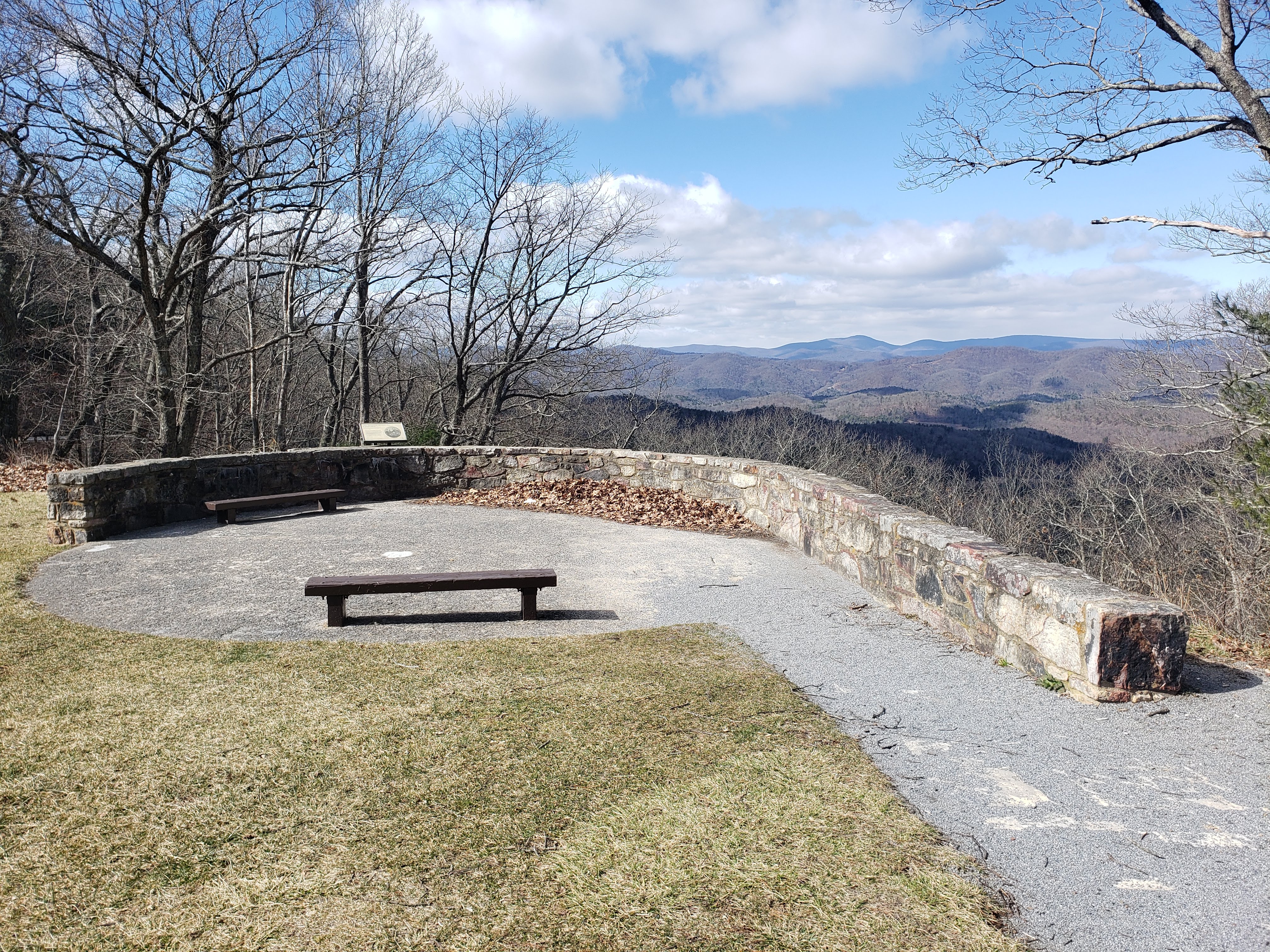 Plaque of Captain Pryor and his story 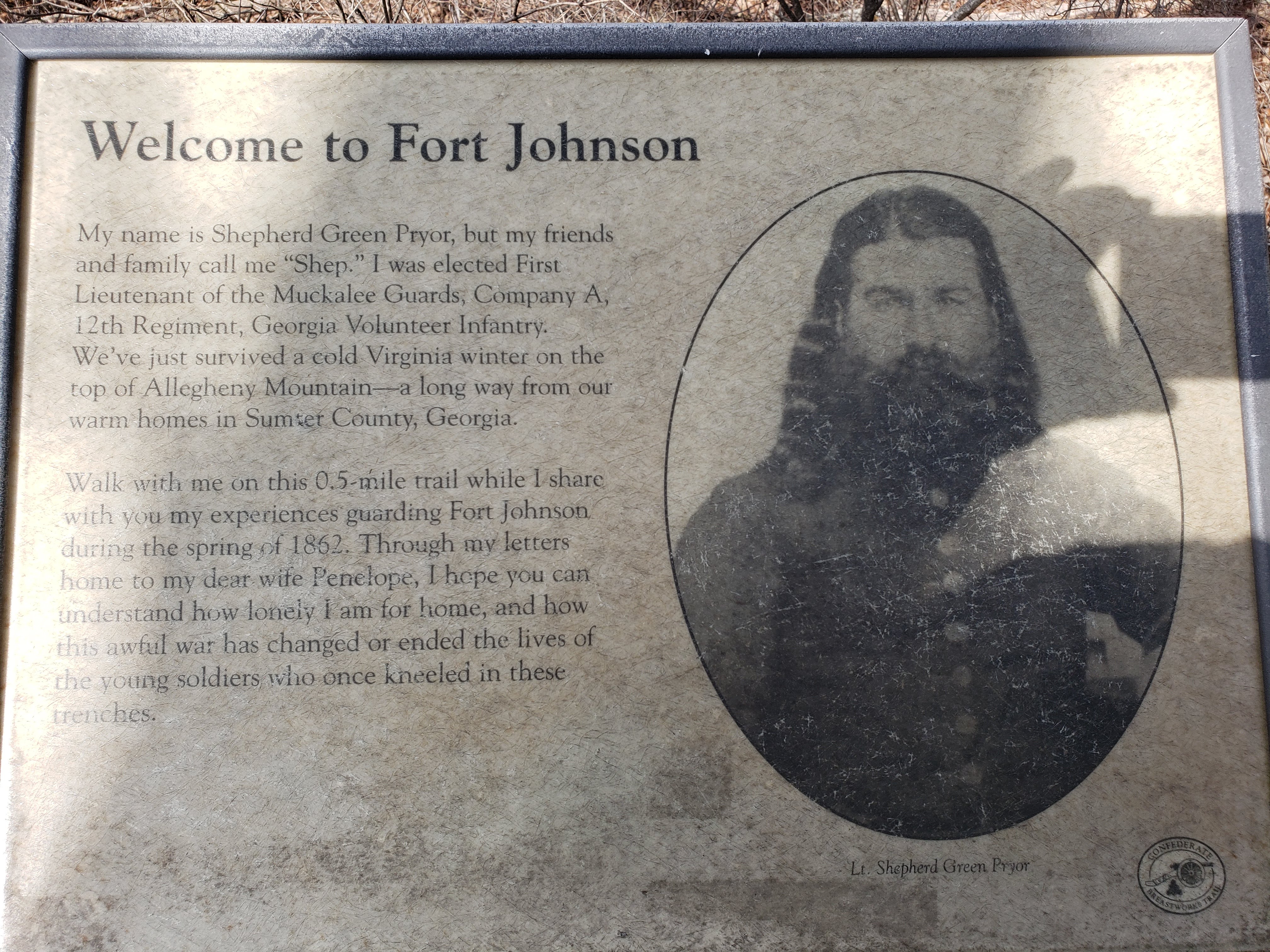 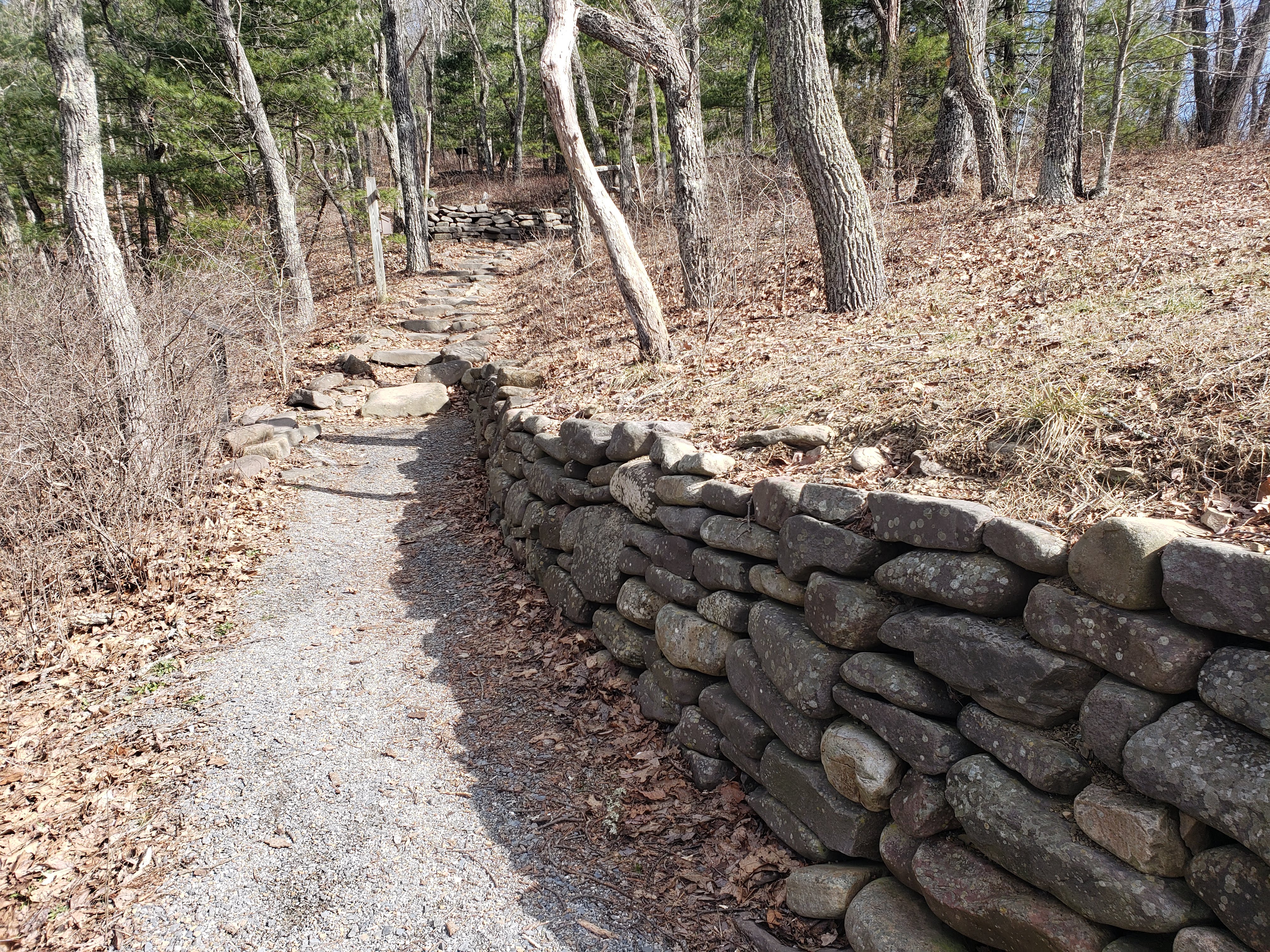 View of the valley west 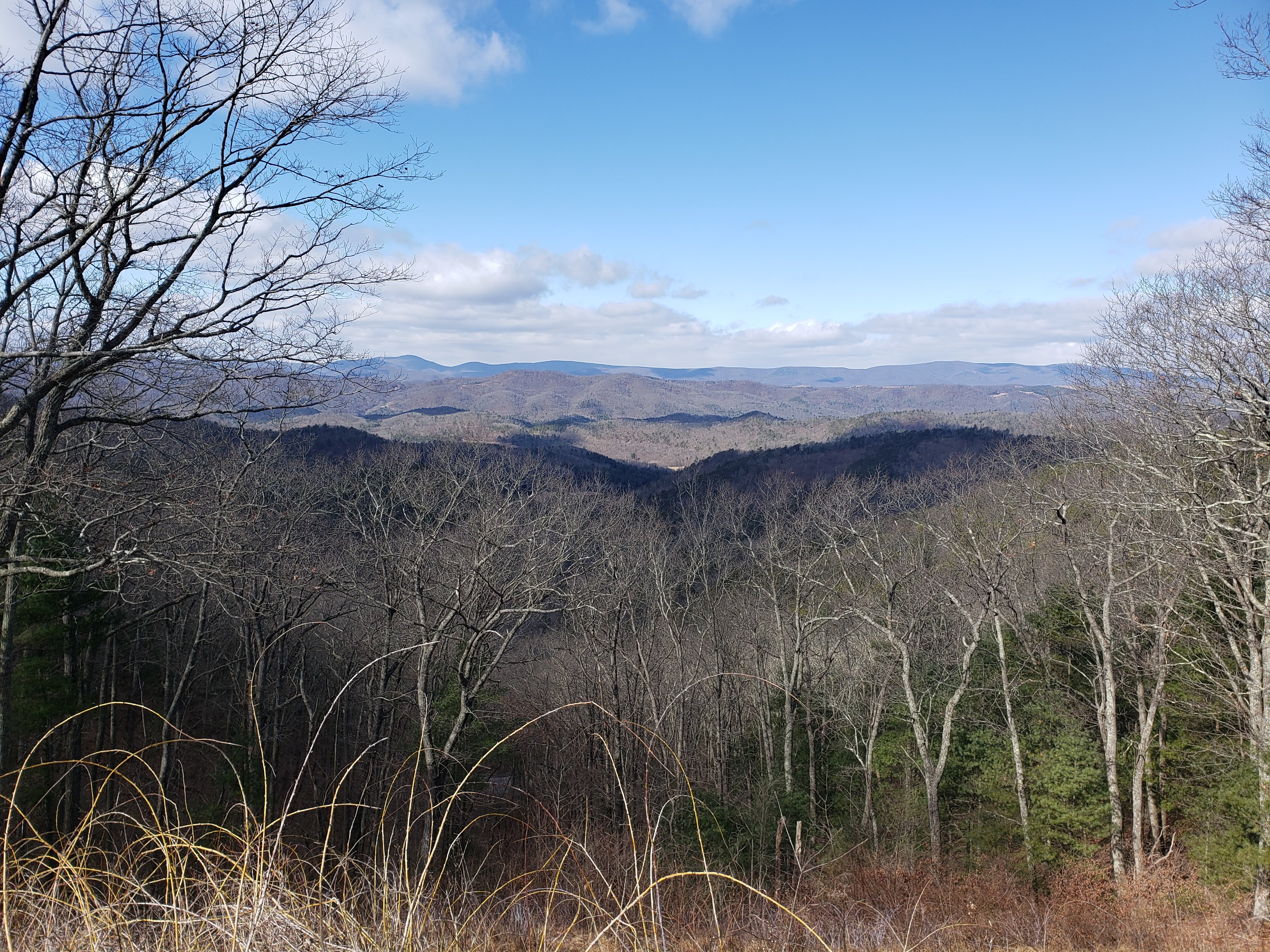 Another plaque and overlook 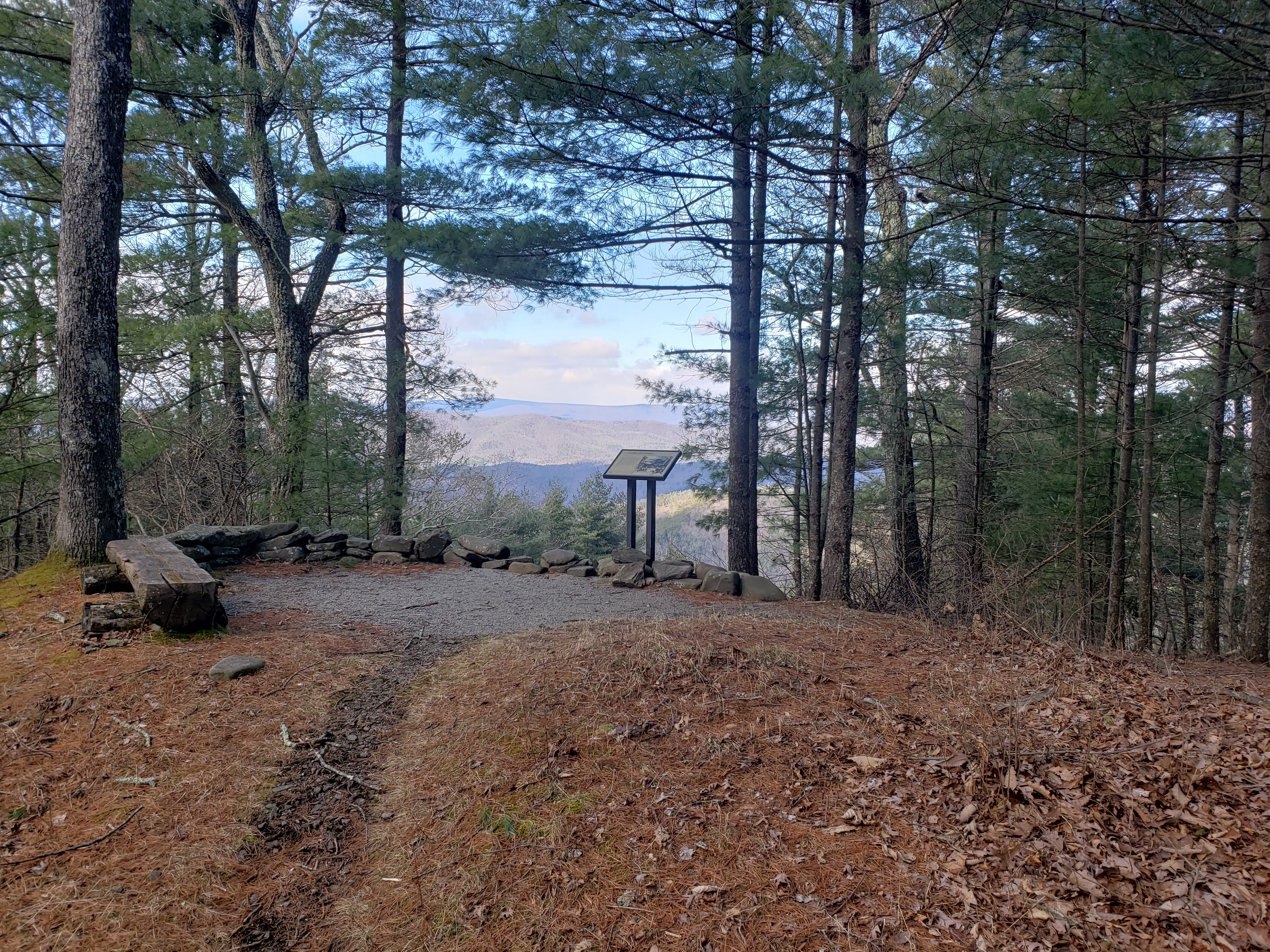 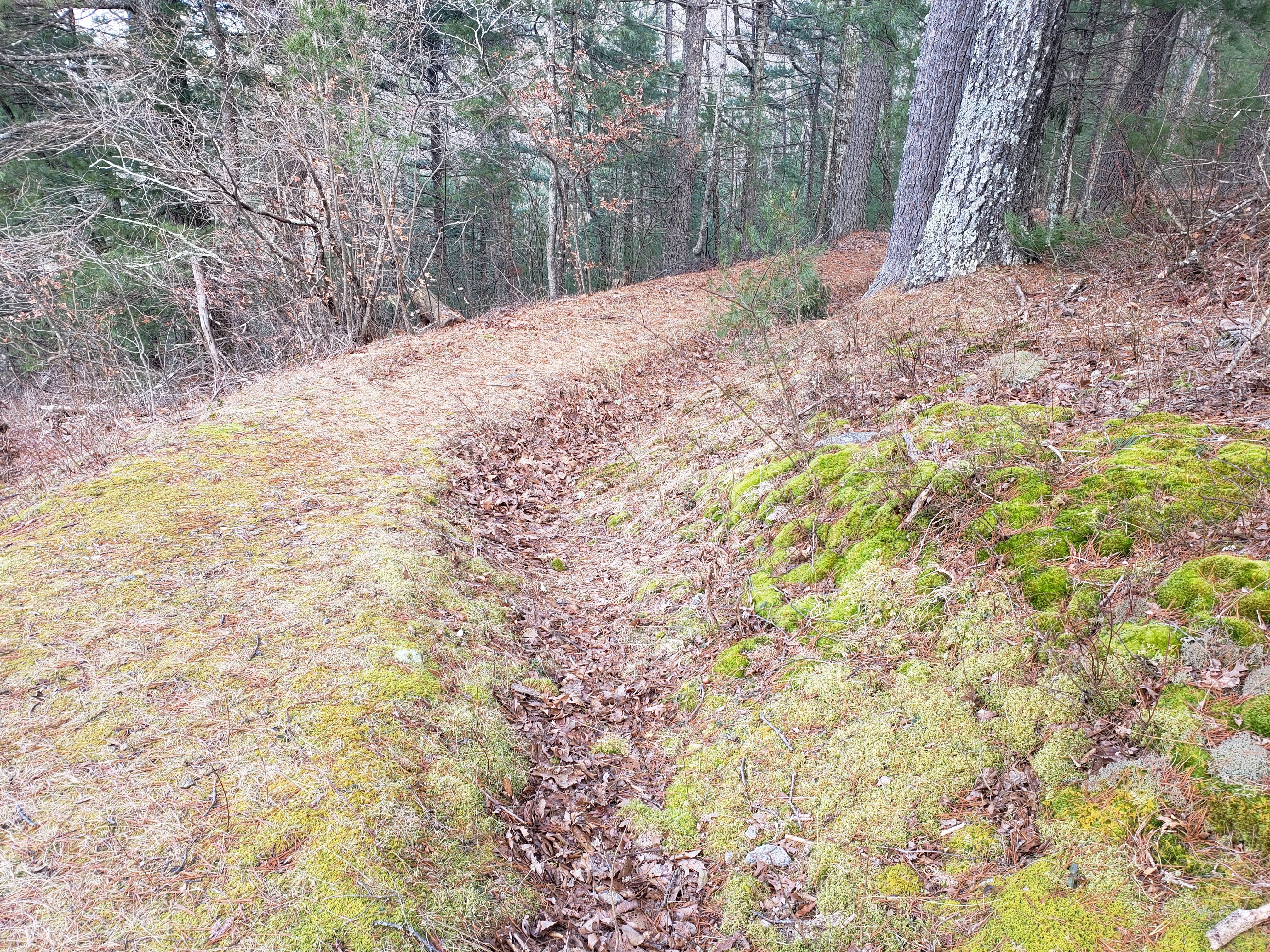 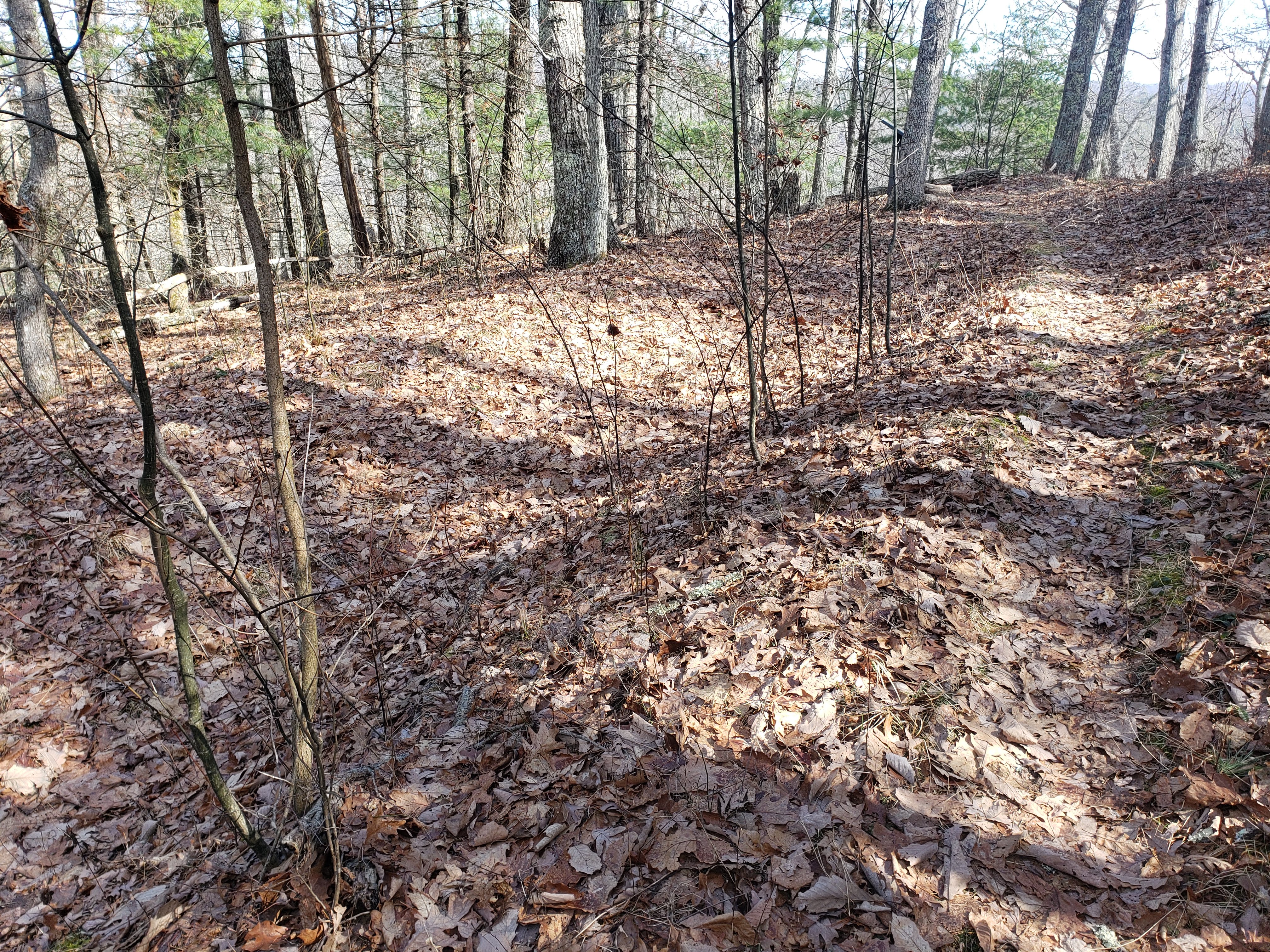 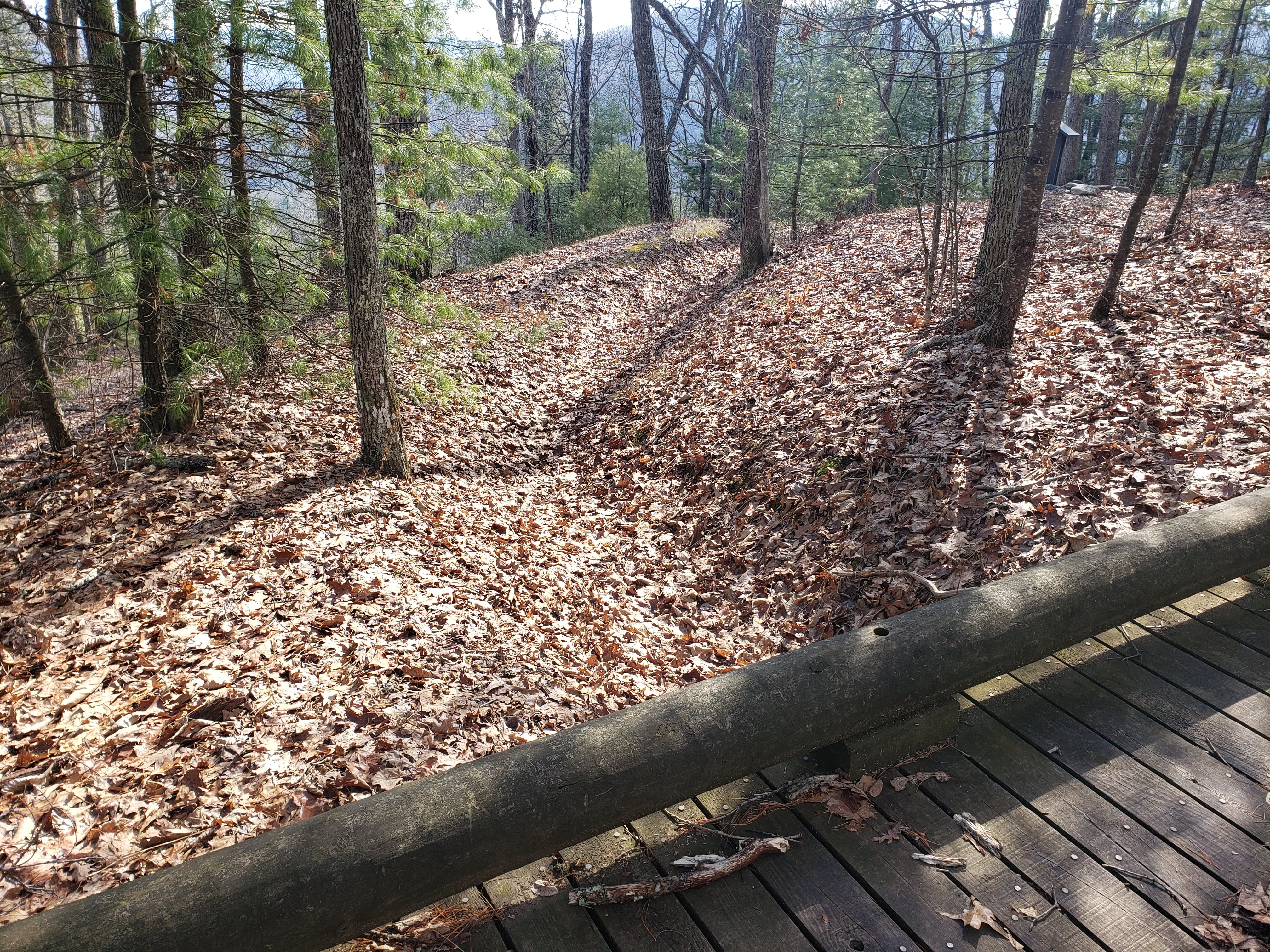 A view towards McDowell 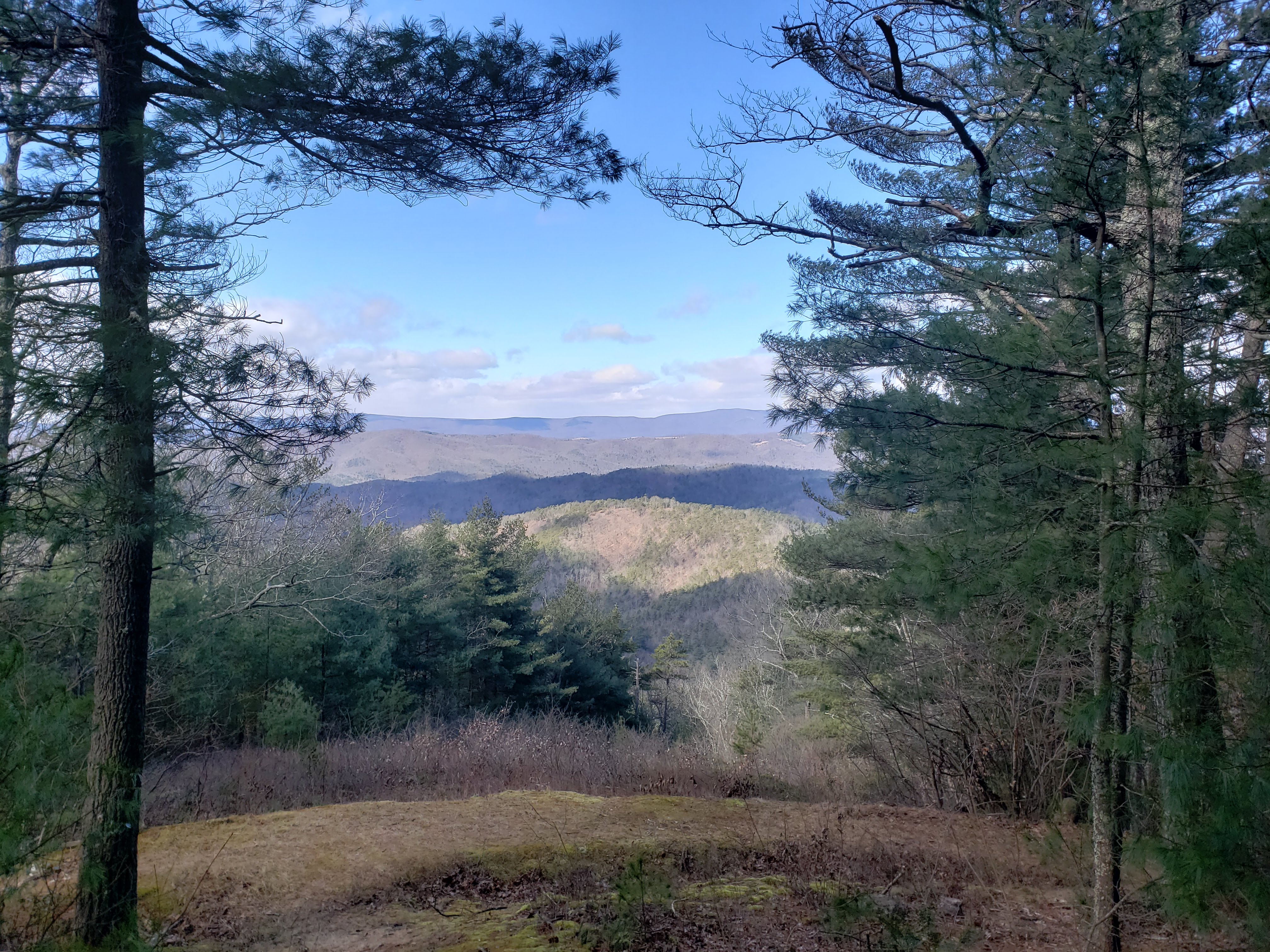 A plaque along the trail 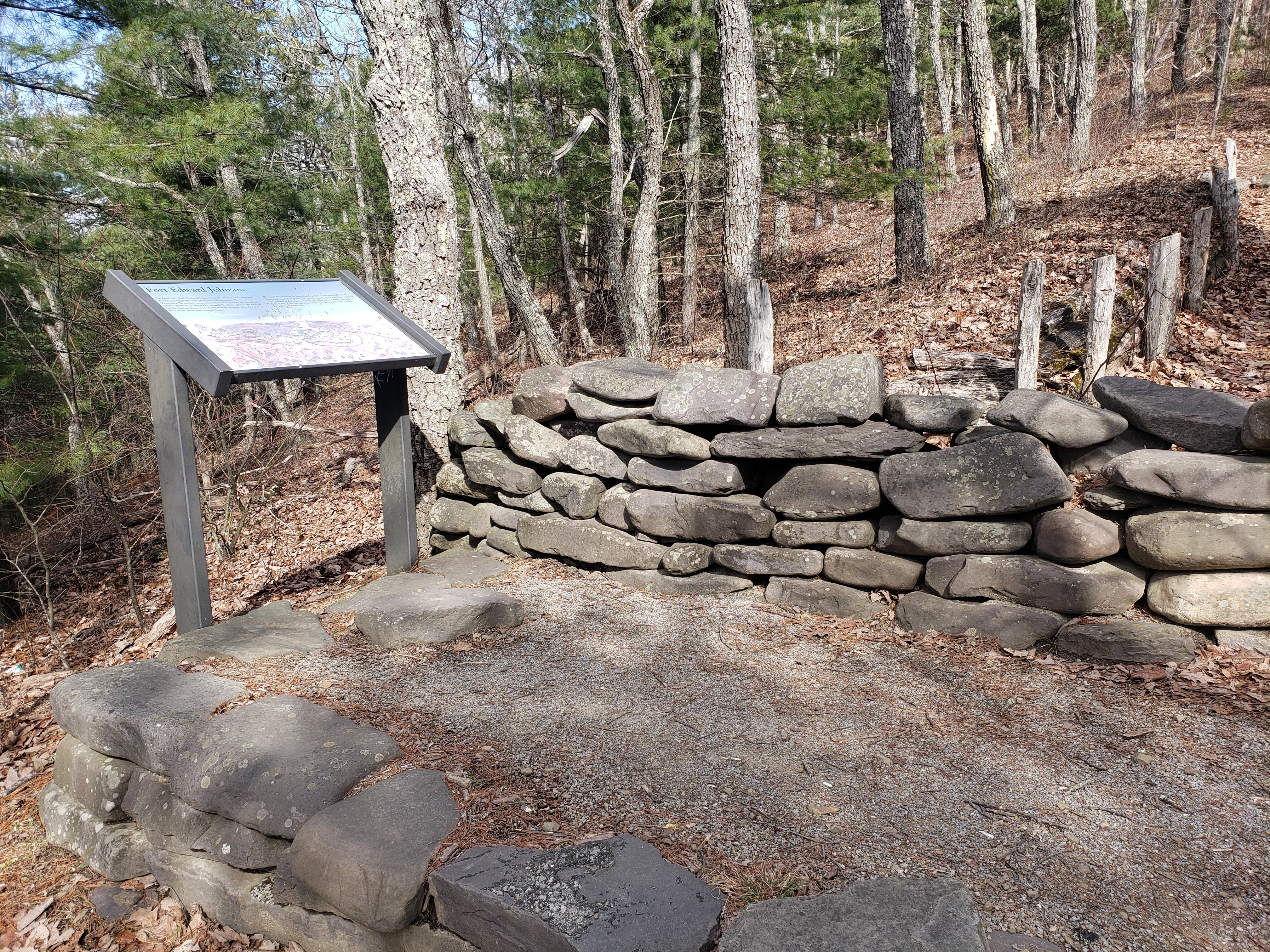 The final plaque on the hike 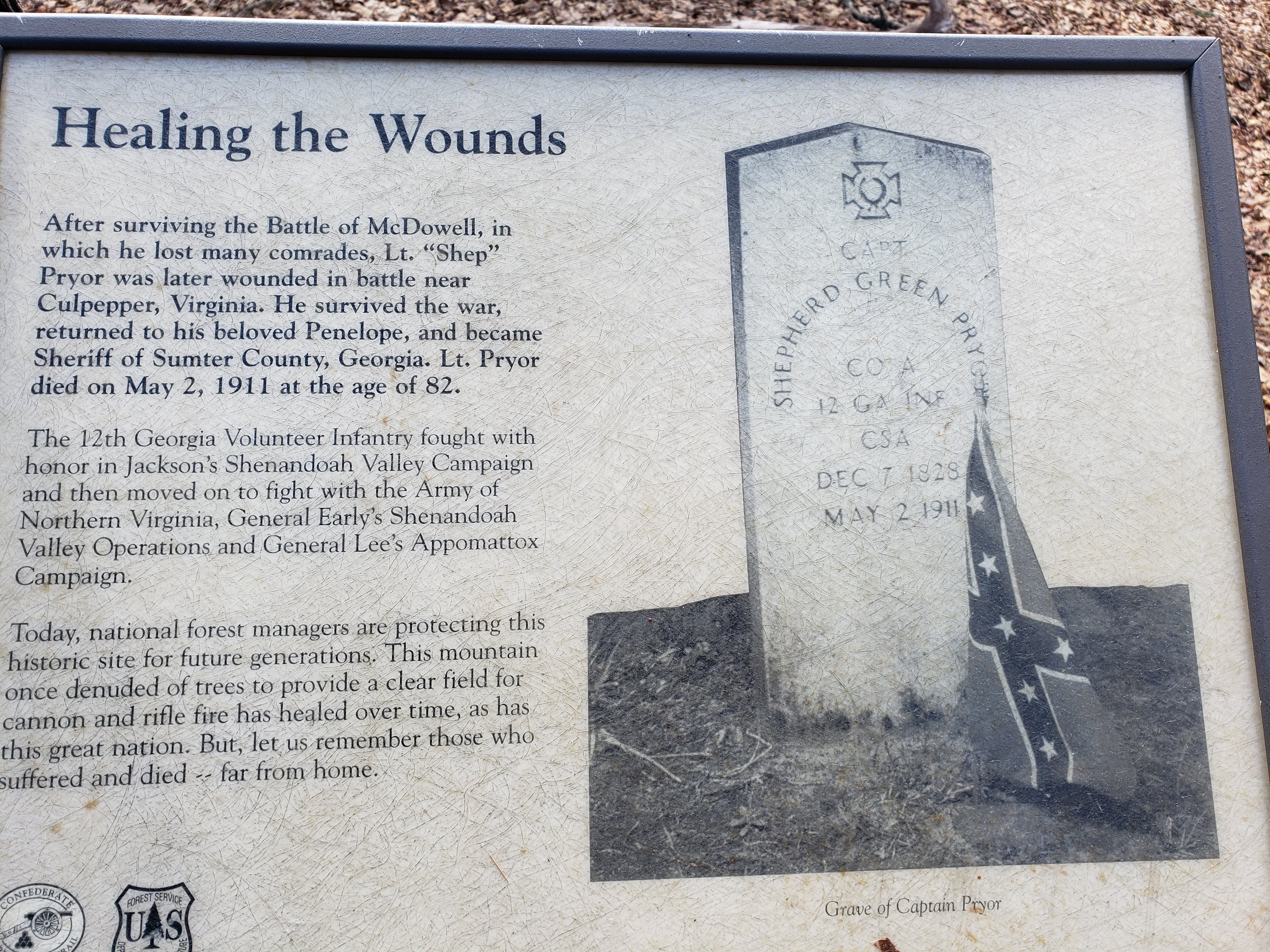 In the spring of 1862, Colonel Edward “Alleghany” Johnson was marching his troops west from the Alleghany Mountain to the Shenandoah Mountain. He was ordered to construct breastworks at a high point on top of Shenandoah Mountain west of Staunton, VA. In order to protect the Shenandoah Valley, General Johnson dug about a mile of trench in the rocky earth to shield themselves from bullets. They then opened up the western slope by cutting down trees, in order to see in the direction of the Union Army. They made the breastworks by piling logs on the downhill side of the trench and then covering the logs with dirt. They could then kneel in the trench and fire out without being exposed to Union fire. This fortification would later be known as Fort Edward Johnson, and it was one of the stopping points for Confederate troops on their way to the confrontation known as the Battle of McDowell.

The breastworks at Fort Edward Johnson is located was built during the Jackson Valley Campaign. This was a campaign in the Shenandoah Valley during the Civil War that employed a rapid and unpredictable movement on interior lines. Seventeen thousand of Jackson’s men marched hundreds of miles over the course of two months and won several battles, which prevented those Union armies from reinforcing Union forces planning an offensive against Richmond. The location of Fort Edward Johnson gave a strategic advantage to the Confederates because of its location at the top of a mountain. The Fort had panoramic views of the surrounding valleys, and one could see an enemy coming from miles away in any direction. The Valley Campaign was so successful, that it made General Stonewall Jackson one of the most revered men in the Confederacy. Outnumbered three to one, Jackson marched up and over the Shenandoah Mountains claiming victories along the way.

You will find the Confederate Breastworks interpretive hike approximately 25 miles west of Staunton, Virginia, on the border of Augusta and Highland counties. The hike itself is only about a half a mile, but it has several plaques along the way. The plaques tell the story of war, through the eyes of Captain Shepherd Green Pryor, through his letters to his wife, Penelope. They tell of the brutal winter they were experiencing, and the remarkable views the Georgia native was experiencing in the Shenandoah. The thoughtful letters offer a unique perspective to the historical events of the Civil War in the area. They are written by a man who seems conflicted, and perhaps a bit confused as to why he was at war. A man who seemed as if he just wanted to go home and be with his family. Fortunately, by the end of the hike, there is good news. The hike ends with a happily ever after, and although he was wounded in battle, Captain Pryor did make it back home to his Penelope and was elected sheriff of Sumter County, Georgia. Throughout the hike, you can still see the trenches where the Confederate soldiers hid all over the side of the mountain. From the trenches, you can get an appreciation for the strategic placement of the Fort high above the Shenandoah Valley.

Visitors should be advised that there is no cell coverage, but the trail is clearly marked and relatively easy to follow. If one visits in winter, be sure to prepare for potential cold weather as the area has the highest mean elevation east of the Mississippi, and it’s generally ten degrees cooler at the top of the mountain than it is in the town below. The mountain top also sees more snow than the surrounding areas. The trail is wooded, and there is a lot of tall grass, so there are a lot of ticks in the area. There is plenty of parking and the park has a public restroom.