The statue of Ulysses S. Grant is located in a park in his hometown of Georgetown, Ohio. Grant lived here until he received an appointment to the United States Military Academy at West Point in 1839. Grant went on to lead Union Forces in the Civil War and became the 18th President of the United States of America. Grant is considered the "Native Son" of Georgetown. 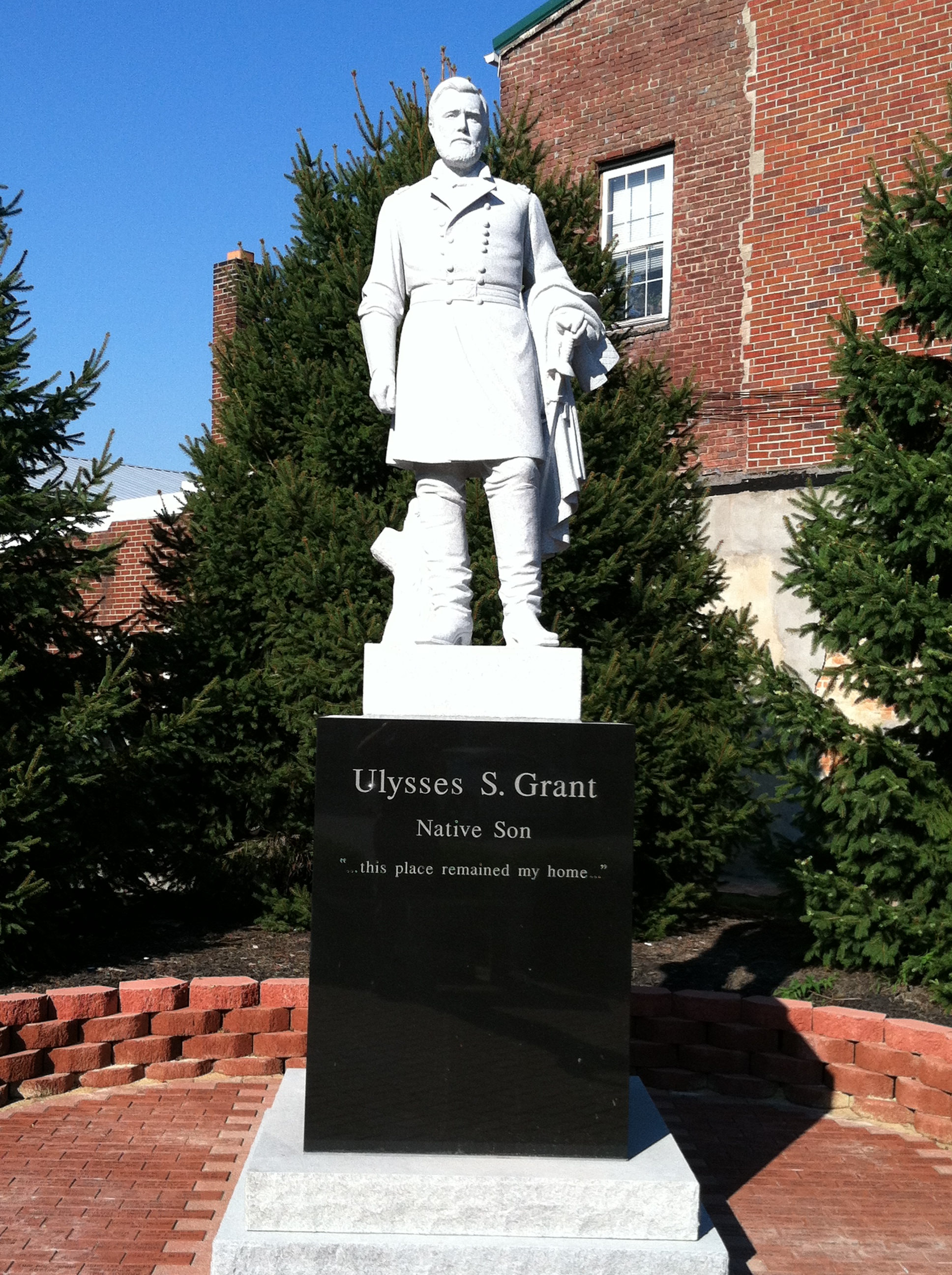 Ulysses S. Grant was a U.S. military leader and the eighteenth President of the United States. Grant lived in Georgetown, Ohio until he received an appointment to the United States Military Academy at West Point in 1839. In March 1864, President Abraham Lincoln promoted Grant to lieutenant general and put him in charge of all Union forces. In 1866, Grant was promoted to the rank of General of the Army. He was the first to hold the rank since George Washington.

After Grant's military service, he was elected as the 18th president of the United States in 1868. Grant's focus early in his first term as president was to establish the Fifteenth Amendment, which enabled African American men to vote. In his inaugural address, Grant advocated the passage of the Fifteenth Amendment and said he would approach Reconstruction "calmly, without prejudice, hate or sectional pride." Grant, a Republican, also tried to bring the country together by nominating leaders outside of his own party.

After overcoming several scandals by his party in Congress, Grant went on to be re-elected to a second term in 1872. Grant had nothing to do with the scandals and won re-election comfortably. However, Americans were not very trusting of those in Washington. Grant's second term was overshadowed by more political scandals and a long economic depression.