The William H. Trusty House is a Victorian home built by its namesake in 1897 in the Phoebus neighborhood of Hampton. The house combines elements of the Eastlake and Queen Anne architectural styles. The two-and-a-half story wood frame house features a two-story spindle and bracket porch and was one of the most elaborate houses in the neighborhood. Trusty was an African-American born in 1862 of freed parents. He became a successful businessman and city leader in Hampton. The house was saved from destruction in the late 1970s when it was owned by the City of Hampton, and restored. The William H. Trusty house was listed in the Virginia Landmark and National Registers in 1979. 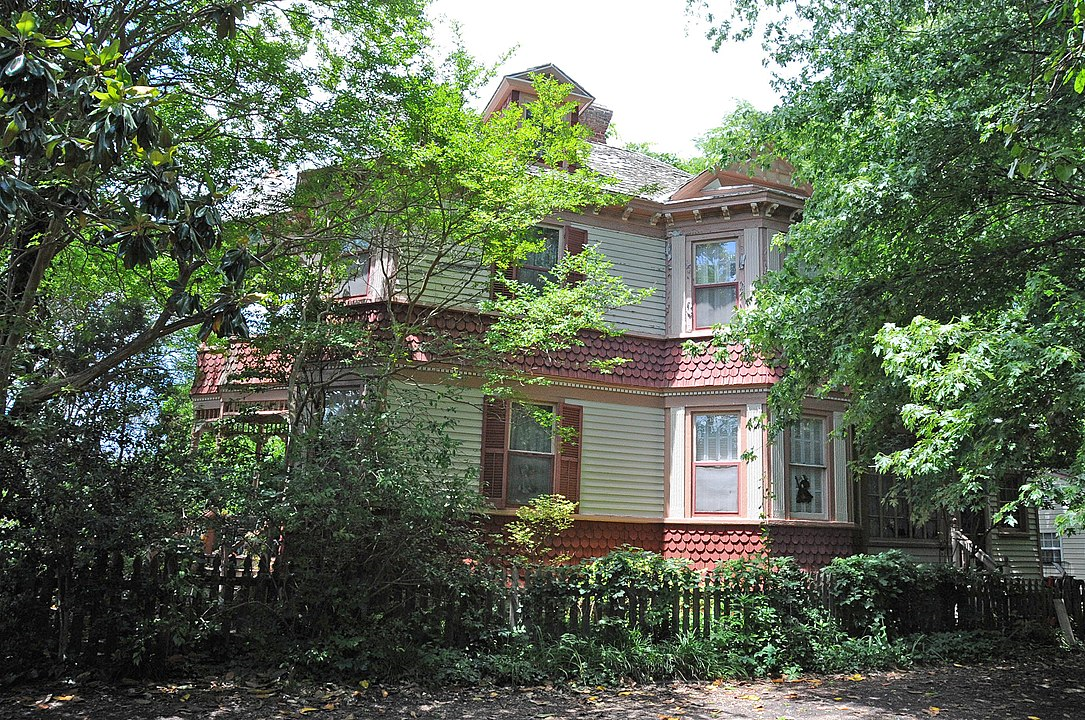 The main elevation of the William H. Trusty House faces south, toward the main road (West County Street), but is mainly obscured from view by large evergreen trees behind the property's wooden fence. The two-story spindle and bracket porch on the front of the house is covered by a tent roof and capped by a finial. There is a second-floor balcony door and a projecting bay of two stories on the main façade, which is covered by imbricated shingles with Stick Style ornamentation in the gable. Much of the original interior embellishments have survived, including sliding doors on each level. A second entrance leads to an ell on the rear of the house.

William H. Trusty and his wife, Bera, acquired the half-acre lot in 1897 and constructed the elaborate Victorian home. Trusty, an African-American, had moved from Prince George County to Hampton in 1871 when he was nine years old. Trusty became a successful businessman and purchased a number of properties in the Phoebus neighborhood of Hampton. When he was elected to the town council when Phoebus formed in 1901, Trusty was the owner of a local bar, five houses, and two properties on Main Street. Unfortunately, Trusty died fairly young, in 1902.

Bera Trusty continued to reside in the house for many more years; she married a neighbor, John Myles, in 1907. Mr. Myles lived in the house after Bera died in 1940, and up to his passing in 1968. The Trusty House was next the home of Myles' sister until 1976, and then was acquired by the City of Hampton. The house was saved from demolition and restored thanks to the efforts of a local preservationist, Mrs. Sandridge ("Sis") Evans.