Considered Austin’s first skyscraper, the Scarbrough Building was built in 1909. Originally designed in the Chicago architectural style, it received an Art Deco renovation in 1931. From its inception, it housed the well-known department store Scarbrough & Hicks (later renamed E.M. Scarbrough & Sons), until the store was closed in 1983. Briefly the tallest building west of the Mississippi River, the Scarbrough Building was an important Austin hub through most of the 20th century. Still standing in the heart of downtown, the historic structure is now home to a variety of restaurants, retail stores, and offices. 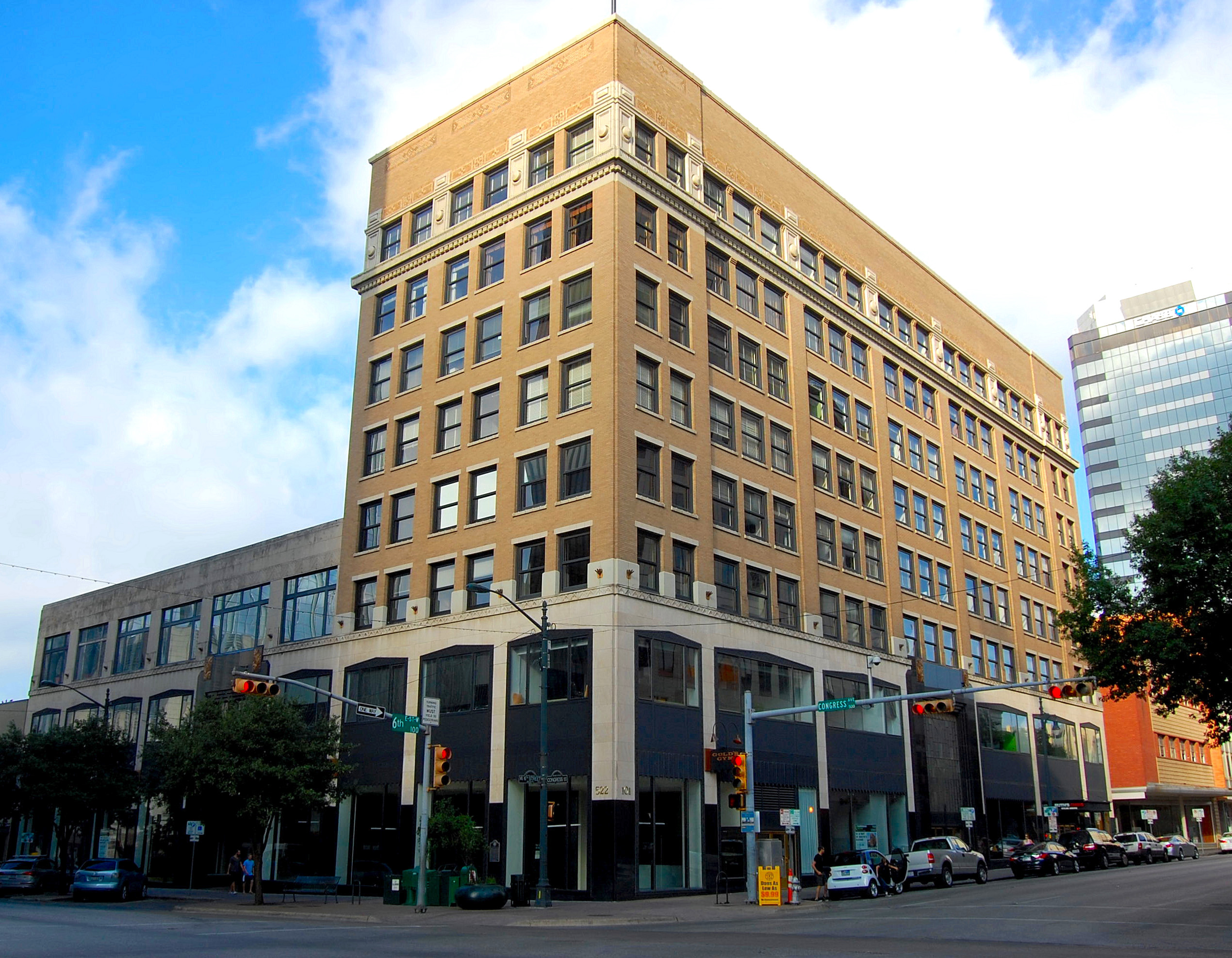 The Scarbrough Building, opposite the Littlefield Building, as it looked around 1911 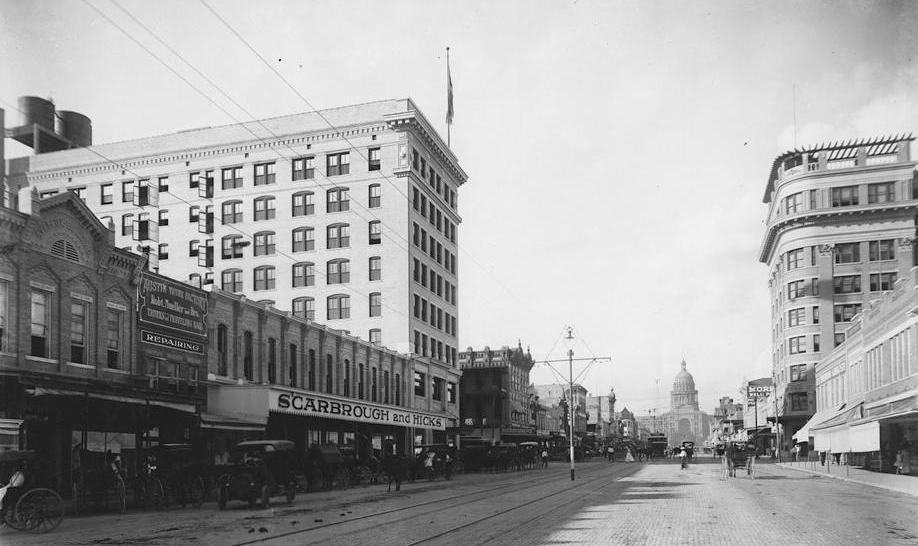 The interior of the Scarbrough Building 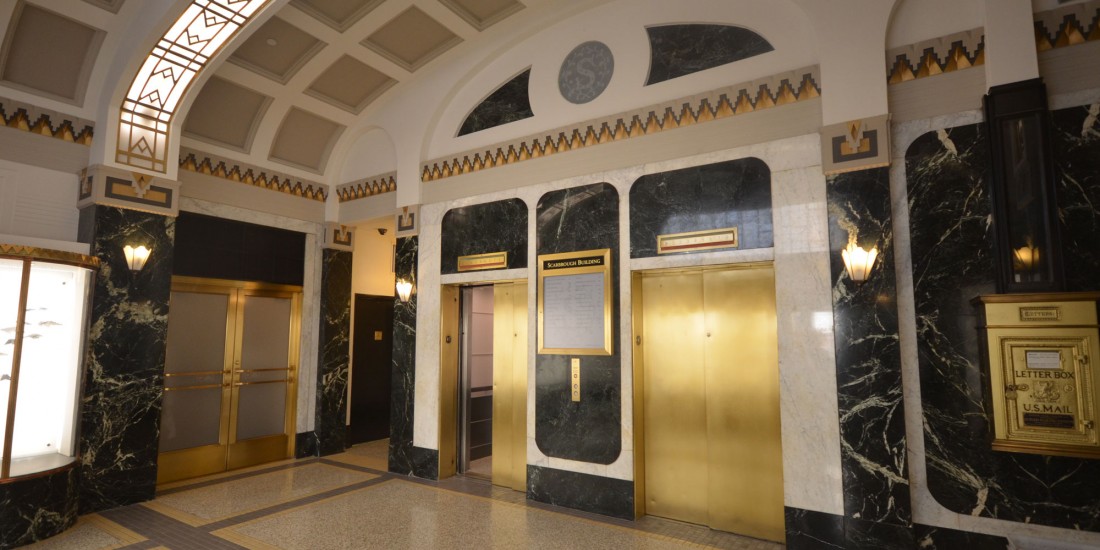 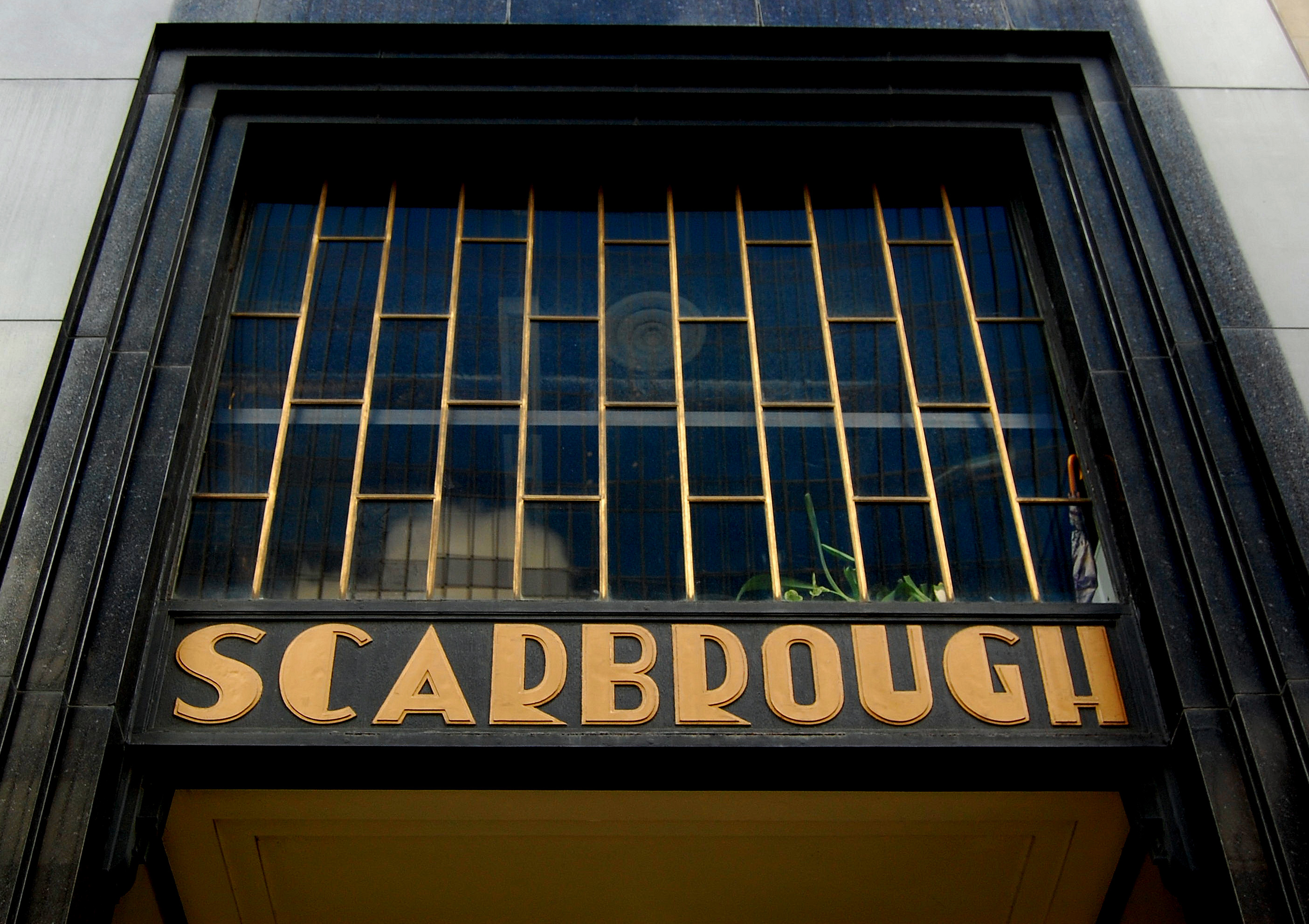 The inside of an office in the Scarbrough Building 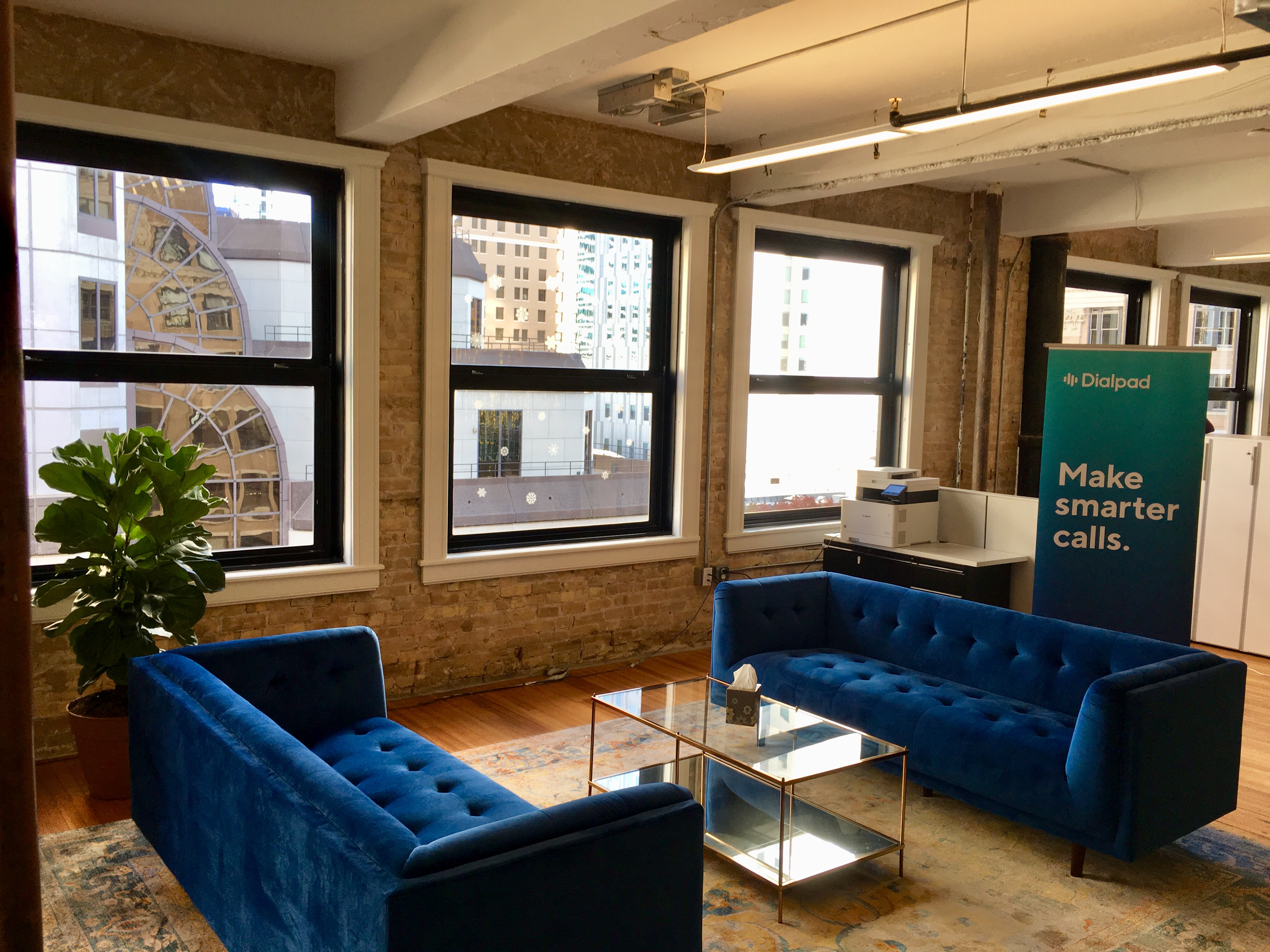 When Austin was selected to be the capital of the Republic of Texas in 1839, the intersection of Congress Avenue and Sixth Street (then Pecan Street) was expected to be an epicenter of business. This was reflected in the price of the land located at the southwest corner of these streets, which was bought by Alexander Russell for $2,800—the most money spent on any plot of land at the time. Growth was slow in the new capital during its early years, especially while the Civil War raged. However, after the end of war and the arrival of the Houston and Texas Central Railroad, Austin’s population started to expand with new arrivals to the city.

One of these Texas transplants was a businessman named Emerson Monroe (“E.M.”) Scarbrough. Scarbrough was a native Alabaman and a Confederate veteran of the Civil War who moved to Texas in the 1870s. In 1883 he opened a general store, Scarbrough & Hicks, with R.H. Hicks in the town of Rockdale. A decade later, they opened a new department store in Austin, near the corner of Congress and Sixth. This new venture grew quickly, becoming the fifth largest department store in the entire state, forcing the partners to expand their operations and eventually purchase the lot that went for $2,800 back in 1839.

On this busy intersection, they built the first skyscraper in Austin. Designed in the Chicago-style by the Fort Worth architects Sanguinet and Staas, and constructed by the James Black Construction Company of St. Louis, the Scarbrough Building was completed in 1909. At the time, it was the tallest building west of New Orleans, before the competitive George W. Littlefield added an extra story to his own Austin building across the street. Scarbrough moved his department store into the first two floors of the building, with office space occupying the other six. The building was astonishingly modern at the time, with heating, air conditioning, and ice water drinking fountains. With ten different departments, the store employed 30 clerks when it opened, a number that would multiply tenfold over the next 30 years.

After Hicks died in 1912, Scarbrough bought out his share of the business and renamed it E.M. Scarbrough & Sons. Even though Scarborough died in 1925, his sons shepherded the family business to new heights. The store continued to grow, eventually occupying three floors, and was remodeled in the Art Deco style in 1931. It was a major shopping attraction in downtown Austin for decades, until post-World War II suburbanization and the rise of shopping malls forever altered the fate of department stores.

Scarbrough & Sons tried to adapt to these changes, opening an outlet store in the Highland Mall in the 1970s and a boutique store in the Central Park Shopping Center, both of which would eventually close. After years of declining business, Scarbrough’s downtown store closed its doors in the winter of 1982-83, ending a nearly century-long history for the beloved Austin staple. However, the Scarbrough Building remains, and has been used as restaurant, retail, and office space for various businesses. Most recently, the dining and entertainment chain Punch Bowl Social opened a downtown location in the historic Austin landmark.