Washington School In Ossining, New York was designed in the Beaux Arts style by New York City architect Wilson Potter. It opened in early 1909, and served as the village's high school for twenty years, when a larger school was built for the growing student population. It continued in use as an elementary school for forty years. Considered outdated by the early 1970s, the school remained open through the efforts of local parents who fought to keep a neighborhood school. From 1974-1982 it served as the administrative headquarters for the district. After it was sold to Technology Support Services , Inc., the building was used for offices until present day. The building's infrastructure remains unaltered. 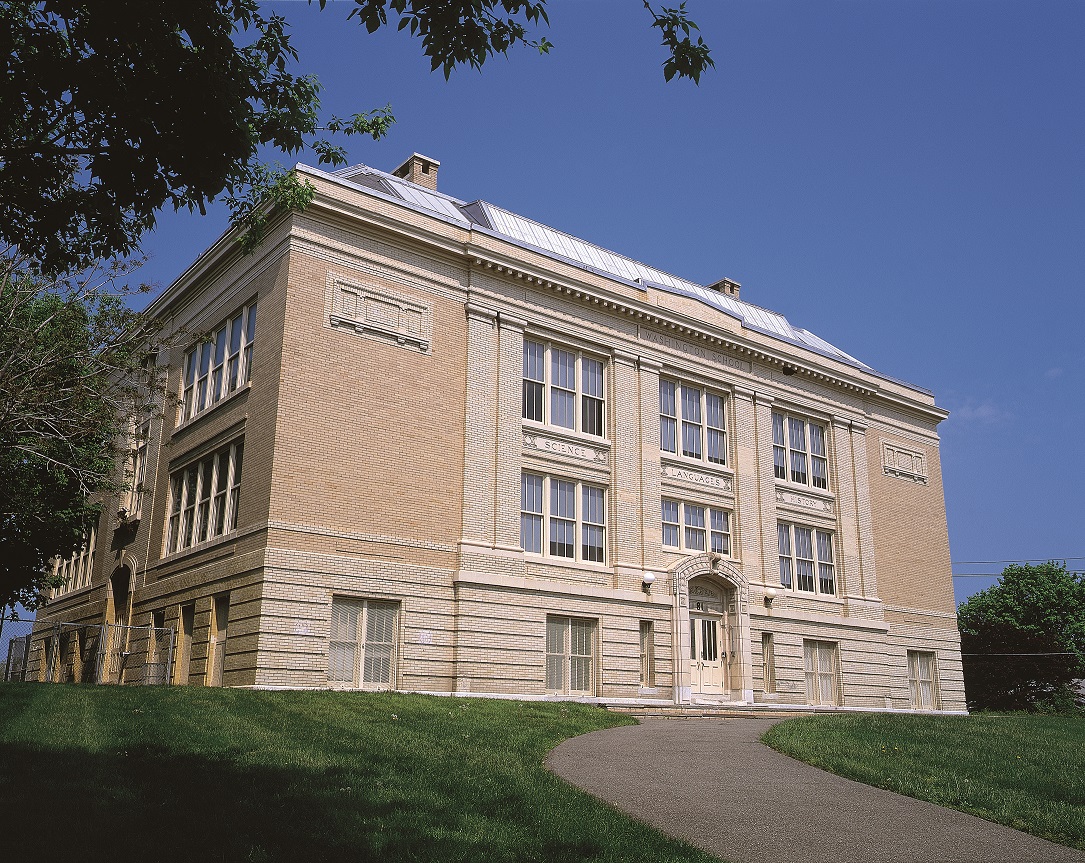 Architect Wilson Potter( 1868-1936), designed the Washington School 1907, and it was built by John V. Schaefer and opened in 1909. The building is an example of the classically inspired Beaux-Arts architectural style, commonly referenced for public buildings in the late 19th and early 20th century. The style is characterized by strict symmetry of plan and massing, axial progressions of spaces, receding and advancing wall planes, aired columns and pilasters.

The building featured contemporary advances in infrastructure which enhanced its function. Wilson Potter was familiar with the latest improvements in design of educational facilities. “The building’s efficient floor plan, broad bank of classroom windows, extensive ventilation system, and the design of steel stairs at opposite ends of each corridor reflect a growing national concern for improved efficiency and higher standards of lighting, ventilation and fire safety in the design of educational facilities during the first decade of the twentieth century.”

Within the building is a central double-loaded northeast-southwest corridor on each principle floor, served at both ends by stair towers. There are three floors in the building, which contain a small library and office suite, classrooms, and a large auditorium. The auditorium has an elaborate stained glass emblem depicting a sailing and bearing the inscription "EMBARK AND LEARN WISDOM." The second floor had classrooms on both sides of the corridor. Its third floor, or attic story, included laboratory space and several large rooms.

An inscription stating "SCIENCE," "LANGUAGES," and "HISTORY." can be seen on the second and third floor's facade. Also, a tablet in the center of the frieze reads "Washington School."