The original Milton structure was built before 1820, with additions after 1847 in the same rough granite. The "Loughborough House" name comes from Nathan Loughborough, Comptroller of the United States Treasury during the John Adams administration, who purchased the house in 1820. The house remained in the Loughborough family for a century, with both Union and Confederate sympathies enacted on the property. In the 1930s renowned agricultural economist Milton Ezekiel purchased the house upon moving to Washington to work on the New Deal. It was added to the National Register of Historic Places in 1974, having already been documented in the Historic American Buildings Survey. 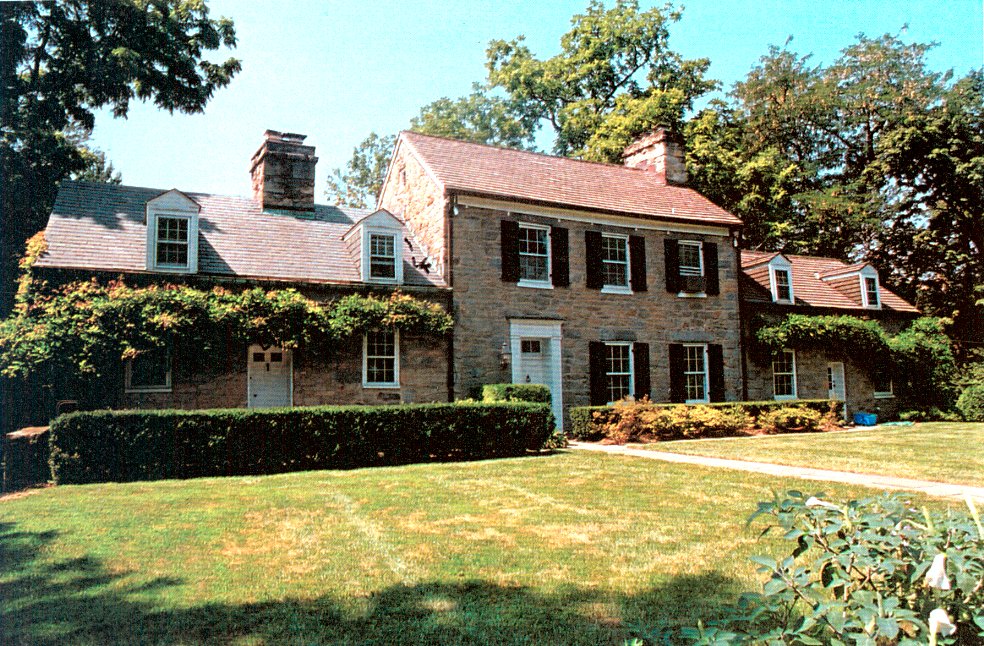 It is a three-part stone structure, built of granite rather than the more common Seneca sandstone. The structure is quite typical of the region, with a central chimney and two rooms on the main floor. There are several outbuildings on the property as well, including an icehouse and a smokehouse.

According to legend, the original house on the Milton property was a tavern and trading post built around 1700 by Dutch traders. Nearby is River Road, which evolved from a Native American trail. It stands on a large tract once known as "Friendship," surveyed in 1711 for Colonel Thomas Addison and Joseph Stoddard.

Nathan Loughborough (1772-1848), originally from Philadelphia, moved to Washington for his federal government position of comptroller. Loughborough was a bank director and also owned stock in the C & O Canal Company. He first lived at Grasslands, an estate which stood at the present location of American University. He purchased the Milton house around 1820, and added the main block and north wing in the same stone as the original structure in 1847, upon his second marriage to Harriet Margaret Dunlop. This renovation changed the main facade of the house to face east. It was at this time that Loughborough actually moved into Milton. The interior of the house features turned woodwork and some decorative friezes around fireplaces. Loughborough died not long after, willing the house to his widow.

The house remained in the Loughborough family into the twentieth century. During the Civil War, Milton was occupied by Union troops, and some carved graffiti from soldiers remains. Loughborough's son Hamilton gave tracts of land from the property to formerly-enslaved persons after emancipation. In 1868, Hamilton sold the house through his son Alexander Loughborough to James Henry Loughborough, a former Confederate soldier. He and his wife Margaret Cabell Brown Loughborough, a former Confederate clerk, lived in the house until his death in 1921, and Margaret sold the house to Allan and Maude Walker in 1923. In 1934, agricultural economist Mordecai Ezekiel and his wife purchased the house when Ezekiel moved to Washington to work on Franklin Roosevelt's New Deal. They owned the property until the 1970s and performed extensive restoration work. Since 1983, John Beaty and Anne Mehringer have owned the house.