The narrative of World War 2 is never complete without an examination of various sites, settings, and theatres, where the war was conceived and executed. The sites of the war exist in various places across the world. One of the most important sites for WW2 in the United States is Hensley Field in Texas, known today as the Grand Prairie Complex. This site became a defining element in the course of WW2 and shaped the approach that the United States gave to the war, in terms of theoretical approach and practical tactics of combat. Located in Mountain Creek, Hensley Field was only an idle land, which was in the possession of the City of Dallas. 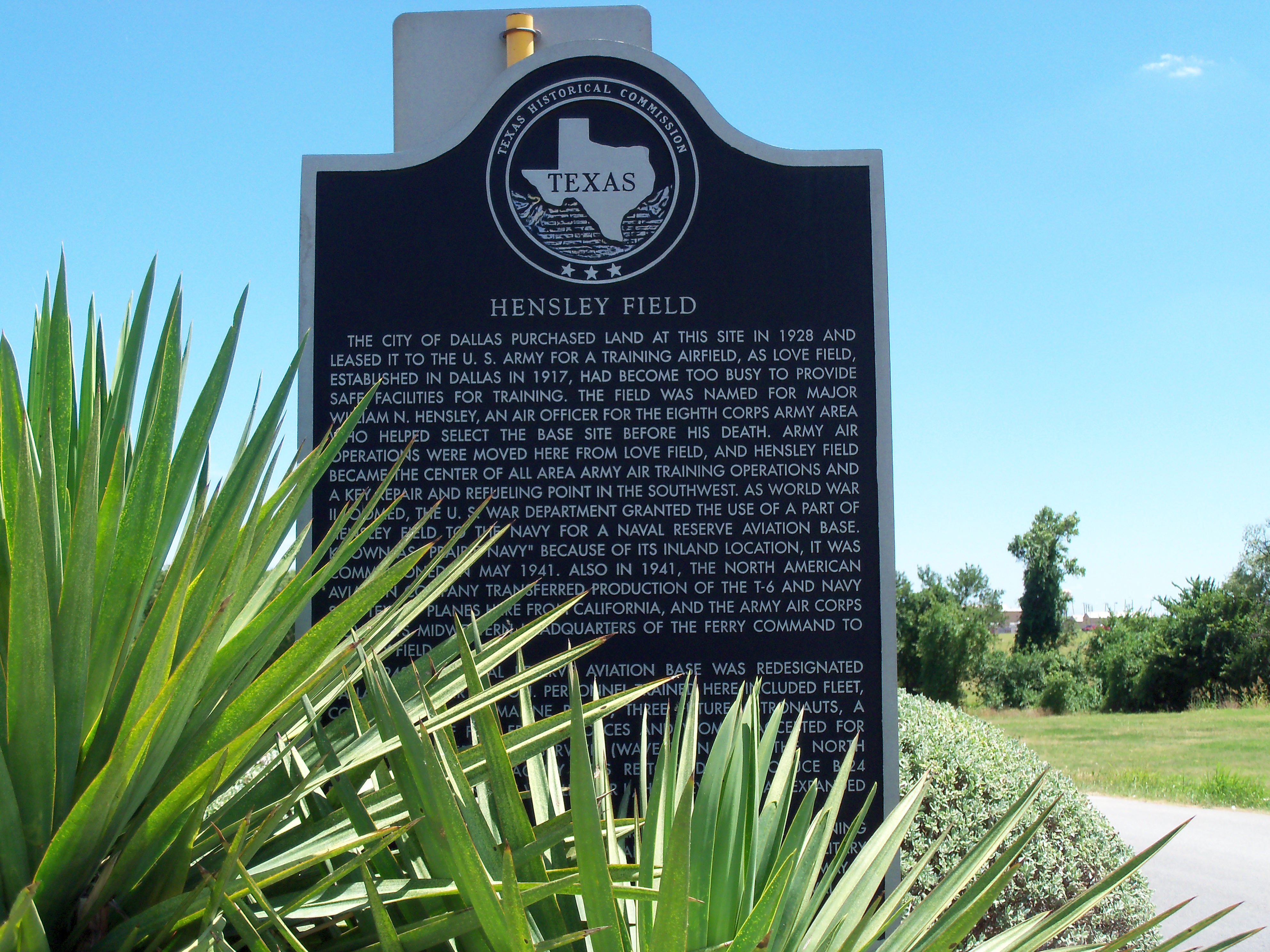 Located in Mountain Creek, Hensley Field was only an idle land, which was in the possession of the City of Dallas. In 1928, however, the city of Dallas decided to lease the land to the United States Army for the purpose of training airfield operations (Henderson). The field became a defining symbol of the Second World War due to the role that the Air Force would play in the evolution of the war. One of the issues was that there were numerous kinds of war operations. As a result, the United States Defense Department decided to expand the portfolio of the base to include members of the naval forces. The navy christened their new location "prairie navy” since this was an inland location, which went against the traditional setting of water bodies. The site, nevertheless, proved significant for the navy.

Training was an important part of the WW2 history. Only properly trained and disciplined forces had any chance of winning the war. The irony is that all the combatants form either side were people who had undergone special and thorough training in various parts of warfare, ranging from spying for intelligence, sniper activities to body-to-body combat. Therefore, the United States Defense Forces were to have a chance against these trained people. They had to invest in training competent and disciplined army men and women, who knew what was at stake and understood how to win the war. This is where Hensley field proved invaluable. Hensley file became a site for training some of the outstanding fighters, who are still celebrated for their role in defining the course of WW2. The site became a place for training a diverse body of army personnel.

In the course of WW2, the Hensley field expanded at an exponential rate. By 1945, it became a base for over four thousand personnel. The personnel went served in various battle fronts in Europe. Most of American recruits for the war coming from the larger American South, passed through the stretches of the Mountain Creek, where they were trained for battle. Every section of the United States Defense Forces relied on Hensley field for training purposes. When the war was drawing to a close, the site became home to ancient assets from all the military services.

One radical thing about Hensley field was the fact that it provided an opportunity for all members of the society to make their contribution to American efforts against tyranny and inhumanity. In this light, the site was important in hosting women, who were part of the volunteer emergency service, then known as WAVE. This was radical in the sense that the traditional outlook of war was inspired by patriarchal notions, which asserted that the place for women was in the domestic space and war was the preserve of men. When Hensley provided an opportunity for women to contribute to the war through the Allied Forces, it also enabled to champion against the kind of bigotry and chauvinism that was traditionally holding women back from expressing themselves. WW2 had a fair share of heroines and was not directly involved in combat, unlike WW1, which was donated by male heroes. The iconic picture, where a US Navy Sailor kisses a nurse after victory over Japan, can be taken as a symbolic enactment of the combined efforts of men and women that characterized WW2. Hensley field was one of the catalysts for such combined efforts from patriotic men and women, who sacrificed their time and lives to defend their homeland.

Names are important markers of history in human societies. This is evident through the Hensley site, whose name was changed to Grand Prairie in 1998 (Military). The change in names was also marked by a form of exchange between the central government and the state government. When the name changed, the United States Defense Department also decided to give half of the property at the base to the Texas Air National Guard. This move was a gesture of empowerment to the lower echelons of administration in the United States. This is since it occurred towards the end of the twentieth century.

In conclusion, this essay has explored the history of WW2. This exploration was inspired by the need to acknowledge the role that various sites and settings played in the war. The Hensley field base in Dallas, Texas was of special interest to the essay. The essay has underscored the important role that this site played and how it defined the course of the war. The essay has also informed various contributions that the site made to the war efforts by unravelling other contributions made on the social aspects of American history, such as the movement of women from the domestic space to the public space.