Orlando City Hall is the headquarters of the City of Orlando government. Located in downtown Orlando, city hall is a 9 floor building that was completed in 1992. The previous city hall building was blown up in the opening scene of the movie Lethal Weapon 3, the space then became a plaza for the new City Hall. City Halls are used as the base of the city and houses the city council, its associated departments and their employees. City Halls serve as a critical role in hosting municipal offices and services. They are almost important as a visual legacy for the city they represent. The City Beautiful's city hall is just as beautiful, the exterior depicts various elements of Central Florida’s natural landscape including fish and coral , orange groves, and indigenous birds. The architecture of the building itself shows historical significance of the city of Orlando.

This photo of City Hall provides a view of the massive home to the cities government. 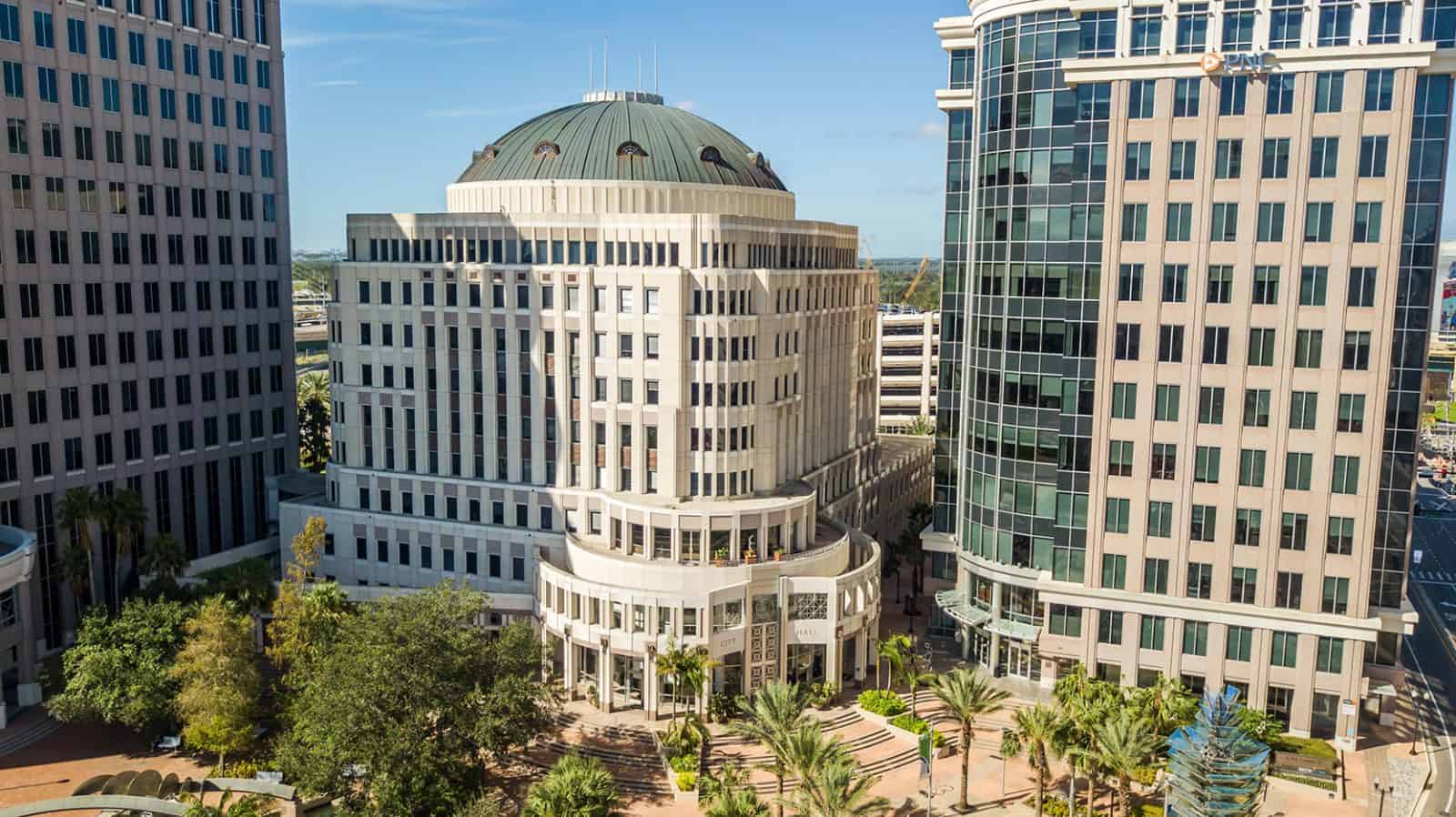 Orlando's City Hall is a very significant and iconic part of the city. Built in 1991, at 9 stories and 200,000 square feet, the building is home to the city's government. The building is open for the city staff, elected officials, residents, and visitors. City hall provides a rotating collection of free public art and is considered a unique home for public art. City Hall provides much historical significance, as it is the base of the city. Architecture is a structure that serves as a device of communication. Orlando is the third largest metropolitan area in Florida and the fourth largest in the Southeastern United States. There have been about 4 different City Hall's for the city of Orlando, each more meaningful than the last. There are many displays in City Hall, each depicting a significance to American history.

Mitchell., S.R.M. (1989). AN OLD HAND MAY GET CITY HALL JOB. The Orlando Sentinel. Retrieved from