A close up of the estate.

A group in front of the estate. 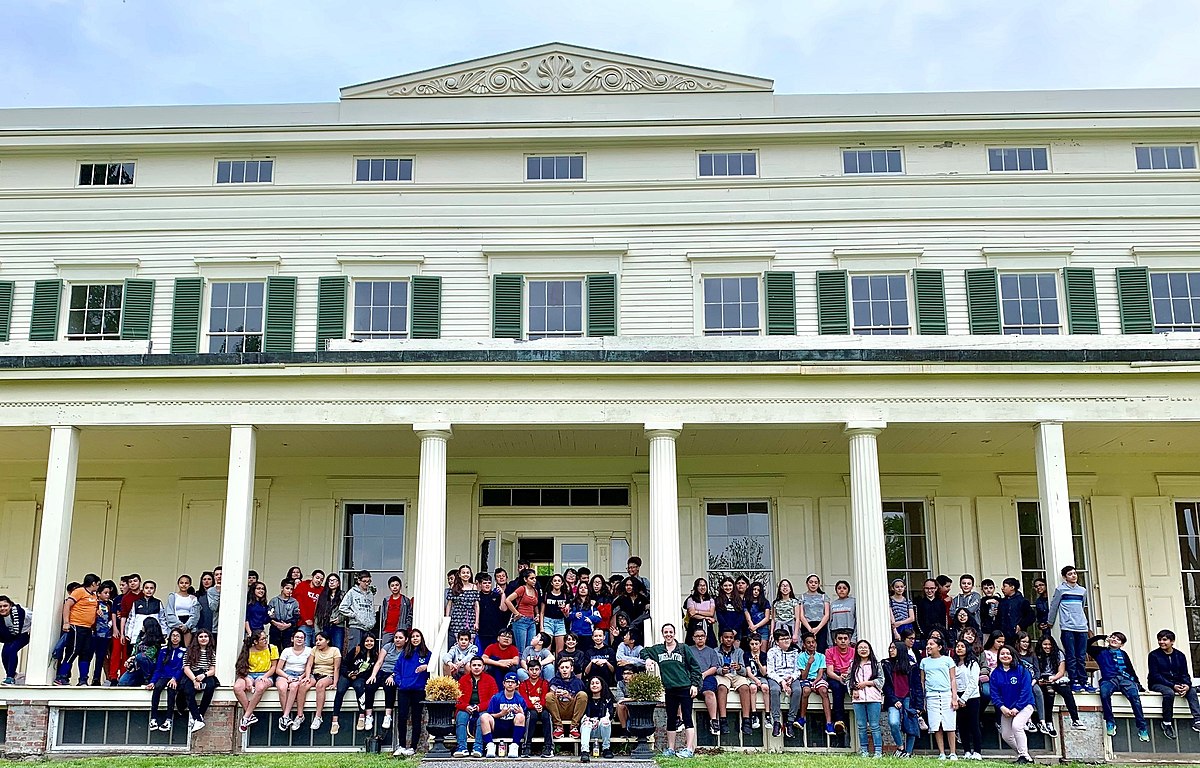 A snowy picture of the estate. 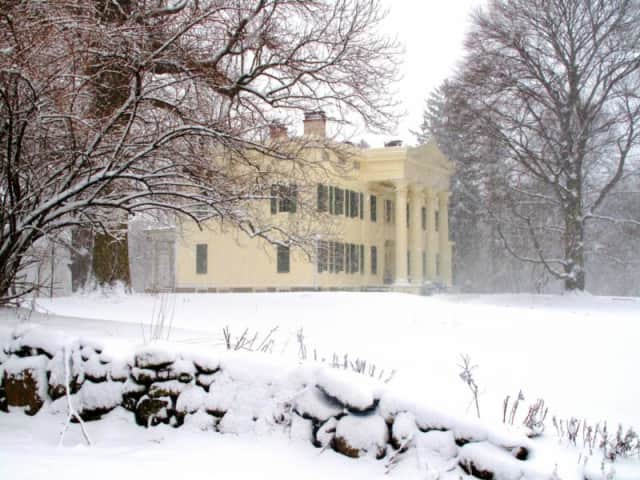 The Jay Heritage Center (JHC) in Rye, New York, dedicated to one of America’s Founding Fathers, is managed by an non profit organization that was incorporated in 1990. The JHC serves as the steward of the 23-acre Jay Estate, home to John Jay, the first Chief Justice and second Governor of New York, for the first 15 years of his life. A part of the Boston Road Historical District, the site is considered to be the cornerstone of the historic district.

After purchasing the property in Rye, Peter Jay, the father of John Jay, built the house in 1745. Son John Jay, living in Bedford at the time, inherited the house from his brother Peter Jr., in 1810.

Peter Augustus Jay, the eldest son of John, would then inherit the property. He proceeded to tear down the original house and build the current mansion as his summer home at a cost of $14,700 in 1836-38. It was an impressive home that was symbolic of the owners increasing wealth and power.

In 1904, the property would leave the Jay family's possession. The land would be bought and sold numerous times.

Beginning in 1979, threats of development left the property's future unknown. Among the plans discussed was one that called for razing everything to make way for 32 new houses. Another proposal envisioned keeping the historic buildings intact and erecting 66 condominiums.

In 1986, the Jay Coalition, a precursor to the Jay Heritage Center, was born. Aided by government officials, they forged an agreement to buy and save the site. Today, 21.5 acres are held jointly as protected parkland by the state and Westchester County, while 1.5 acres and the historic buildings are owned by the Center, which has stewardship over the full property.

The Jay Heritage Center is also responsible for historic preservation, environmental stewardship, archaeology, archives, and research of the area.

Added to the National Register of Historic Places in 1982, it would later be elevated to the status of a National Historic Landmark in 1993.