The historic Polo Fields in Golden Gate Park were created in 1904 in the middle of the old Speed Road, a mile-long horse-racing track established in 1894. Immediately surrounding the Polo Fields, a bicycle track was built in 1906 to cater to the immensely popular trend of bicycling. The site was originally known as the Velodrome at Golden Gate Park Stadium, because it hosted so many bicycling events for spectators to watch. Throughout the twentieth century, the Polo Fields and the surrounding bicycle track have served as the site of numerous public events in Golden Gate Park, not only bicycle races and polo matches, but also foot-races, concerts, and parades. In January 1967, the Polo Fields became the site of the "Human Be-In", also called the "Gathering of the Tribes," an event attended by some 20,000 "hippies" associated with the countercultural youth movement. Today, the historic Polo Fields and cycling track are still maintained for public recreational use and enjoyment, as well as for equestrian and sporting events, and other types of public gatherings. 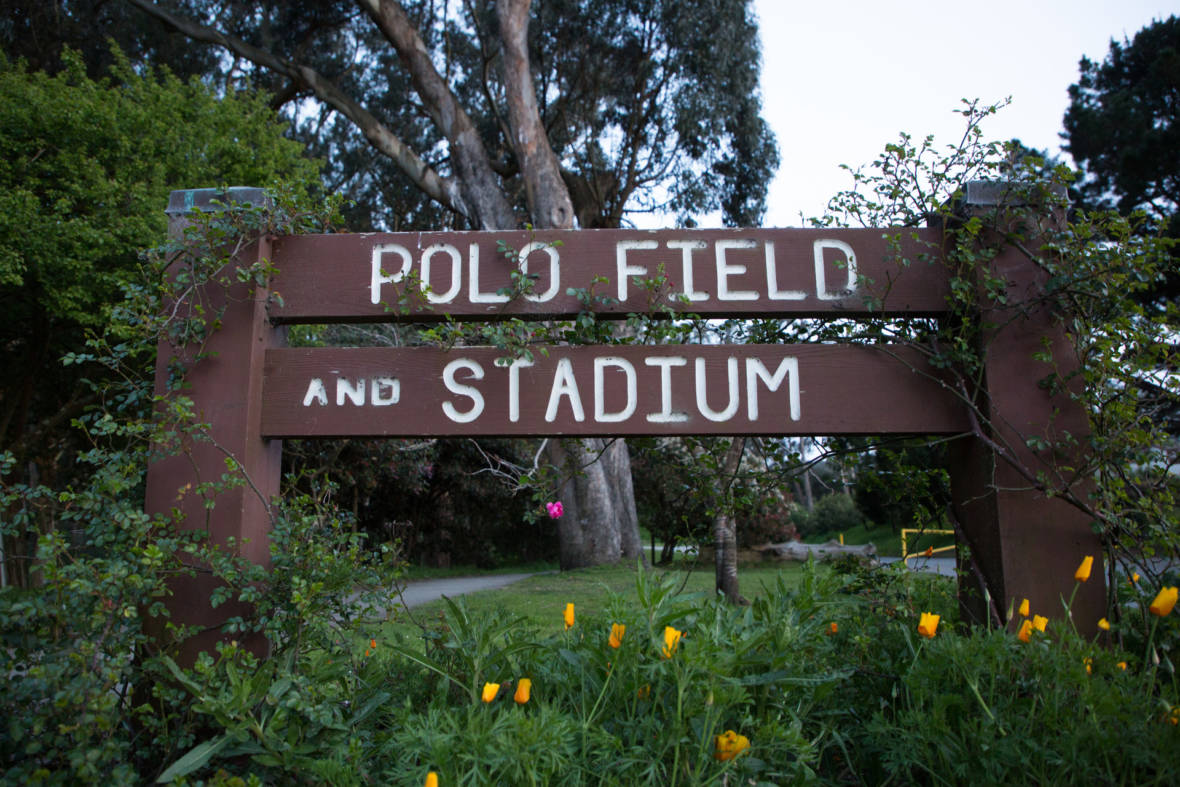 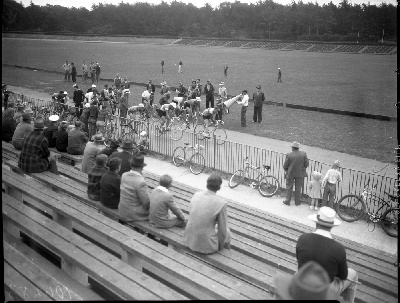 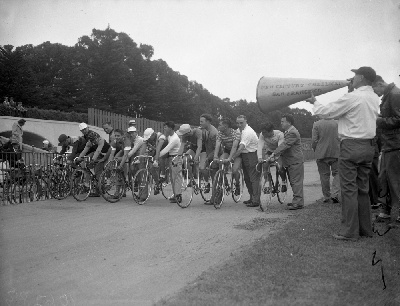 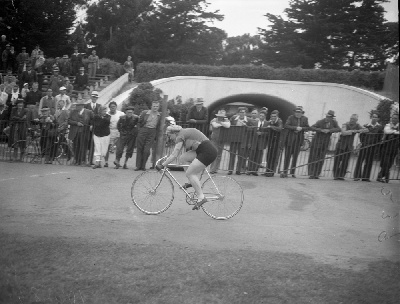 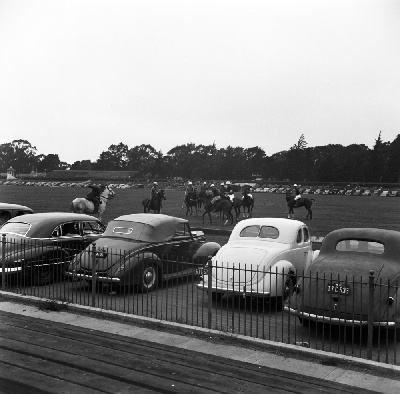 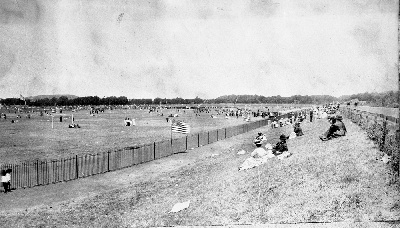 President Taft speaking in 1911 at the Polo Fields for the groundbreaking of the 1915 Panama-Pacific International Exposition, an event which ended up being moved to another location in the city 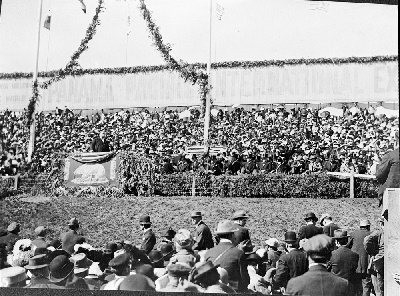 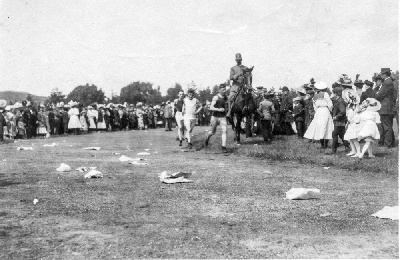 Shriners from Islam Temple Marching, 1922, at the Polo Fields at Golden Gate Park 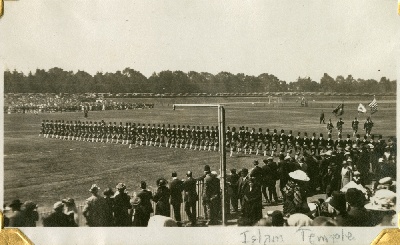 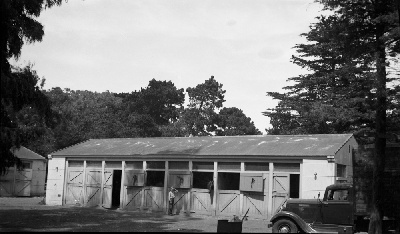 1910 Bicycle Race at the Velodrome, located at the Polo Fields at Golden Gate Park 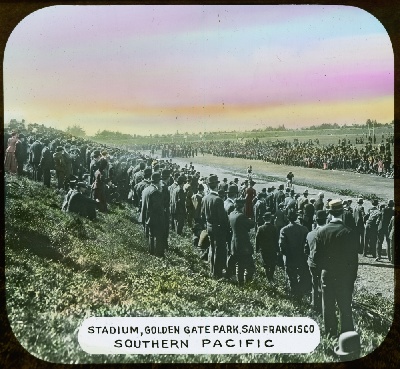 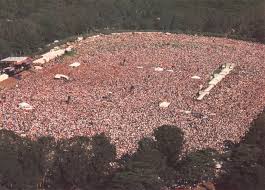 Grateful Dead performing at the "Human Be-In", held in January 1967 at the Polo Fields at Golden Gate Park 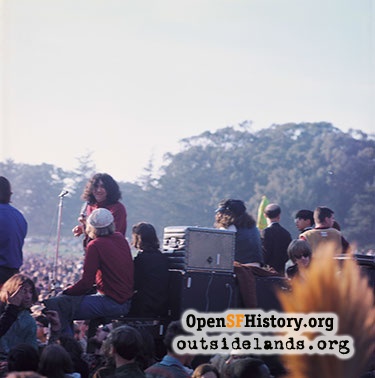 Polo Fields at Golden Gate Park in the 21st Century 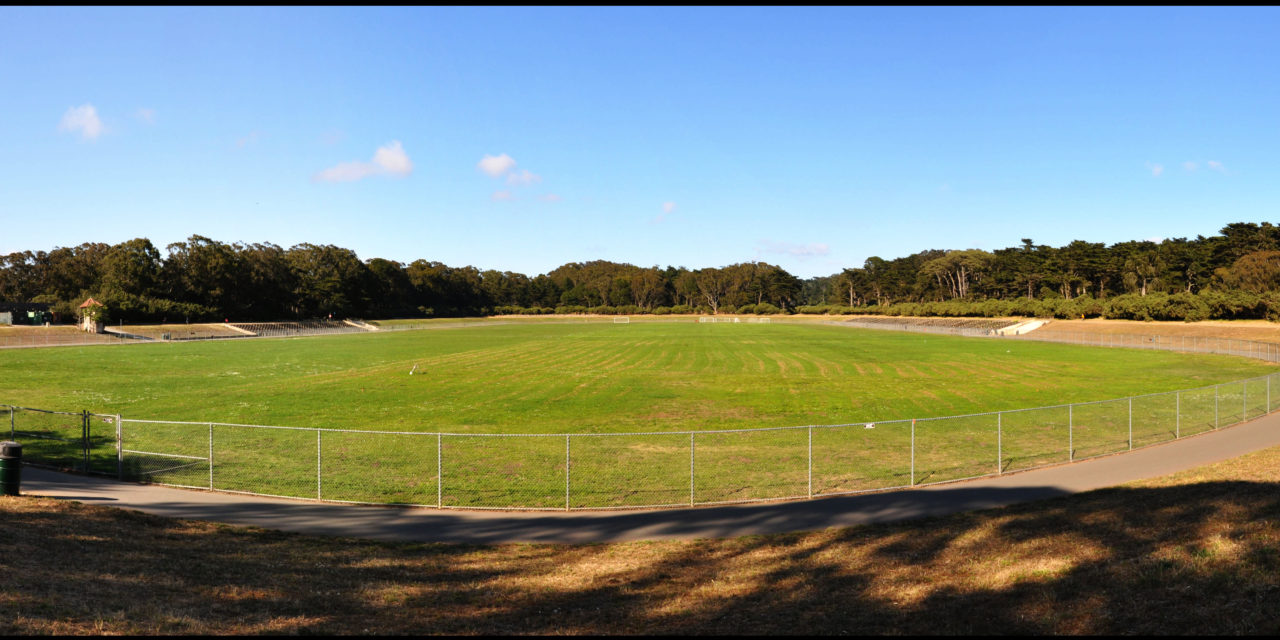 Since 1904, the Polo Fields and surrounding cycling track in Golden Gate Park have served as the site of horse races, bicycle races, footraces, parades, and polo matches, in addition to other significant historical and cultural events during the 20th century. The Polo Fields were created in the middle of an existing mile-long speedway known as the old Speed Road, the site of horse-racing and betting since 1894. After the Great Earthquake shook San Francisco in 1906, hundreds of refugees set up temporary encampments at the Polo Fields. During this time, the original speedway fell into disuse.

However, because of the immense popularity of bicycling during the early twentieth century, a bicycle track was built around the fields in 1906 to accommodate recreational cycling as well as bicycle races. During this era, bicycles had only one gear and no brakes, making them considerably more challenging to ride than they are today. This sporting area was known as the Velodrome at Golden Gate Park Stadium, as it was mainly a venue for cycling enthusiasts. A hillside adjacent to the track was re-designed to provide stadium-seating for spectators, with bleachers made from California redwood trees. Inspired by the colosseum in Rome, it was hoped that the site would come to garner the same world-class renown.

For a time, San Francisco was indeed known as an epicenter for recreational and professional cycling, which remained the main sporting event at the venue for several decades. When the bicycle eventually declined in popularity, mainly because of the rise of the automobile, the Velodrome continued to be used as a cycling track, but the Polo Fields instead became the main attraction. New stables for the polo horses and ponies were constructed as part of a Works Progress Administration (WPA) project during the 1930s. In the mid-twentieth century, polo matches were well-attended and remained popular throughout the 1960s. Thereafter, rugby began to gain ground, replacing polo as the favorite sport to watch at the Polo Fields during the 1970s.

Breaking radically with tradition, in January 1967 the Polo Fields became the site of the "Human Be-In", also known as the "Gathering of the Tribes". This historic event preceded the famous "Summer of Love" which also occurred in San Francisco later the same year. Attended by over 20,000 "hippies," the Human Be-In epitomized the countercultural youth movement of the 1960s. The "Be-In" borrowed its name from the "Sit-Ins" that had become an important aspect of the 1960s Civil Rights movement. Musicians such as Santana and the Steve Miller Band, poets such as Alan Ginsberg and Lawrence Ferlinghetti, and other leaders of the countercultural movement such as Timothy Leary, who advocated the use of mind-altering psychedelics, spoke to the crowds of young people dissatisfied with authority and intent on protesting the Vietnam War. The Hells Angels provided on-site "security", while the well-attended event was covered heavily in the media. A success in consciousness-raising, the 1967 Human Be-In also paved the way for other rock concerts, including the Monterey International Pop Music Festival, held in Monterey, California, in June of the same year, as well as the Woodstock Music Festival held in New York in 1969.

Today, the historic Polo Fields and the surrounding cycling track and stadium are maintained for public recreation, sporting events, and other special public gatherings, such as the Outside Lands Music & Arts Festival. Although polo is not often played anymore, there are now six regulation soccer fields surrounded by the .67 mile cycling track. In 2017, when the bleachers around the cycling track needed to replaced, the superintendent of Golden Gate Park and the project engineers ensured that the original redwood bleachers would not end up in a landfill. Instead, the salvaged wood was offered online for sale, where it quickly sold out. The Polo Fields' 1906 bleachers are now enjoying a second life, thanks to the reuse of this historic wood in various projects around the country.

Woods, Arnold. "The Polo Fields and the Birth of the Rock Festival," May 1st 2015. Accessed January 26th 2020. Outside Lands. http://www.outsidelands.org/be-in.php