USS Kidd (DD-661), a Fletcher-class destroyer, was the first ship of the United States Navy to be named after Rear Admiral Isaac C. Kidd, who died on the bridge of his flagship USS Arizona during the attack on Pearl Harbor. Admiral Kidd was the first US flag officer to die during World War II, and the first American admiral ever to be killed in action. 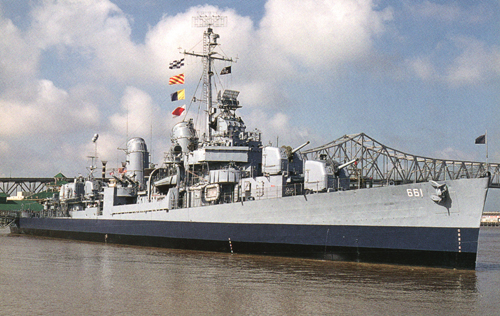