The Bank of Chandler Building 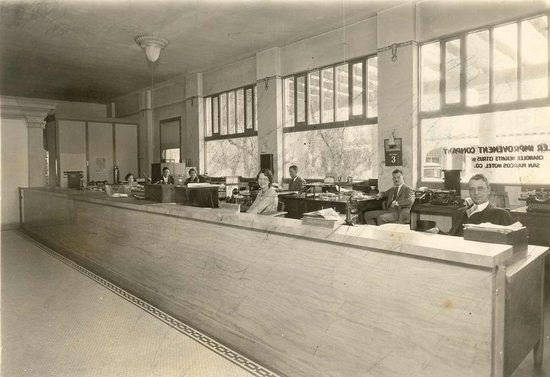 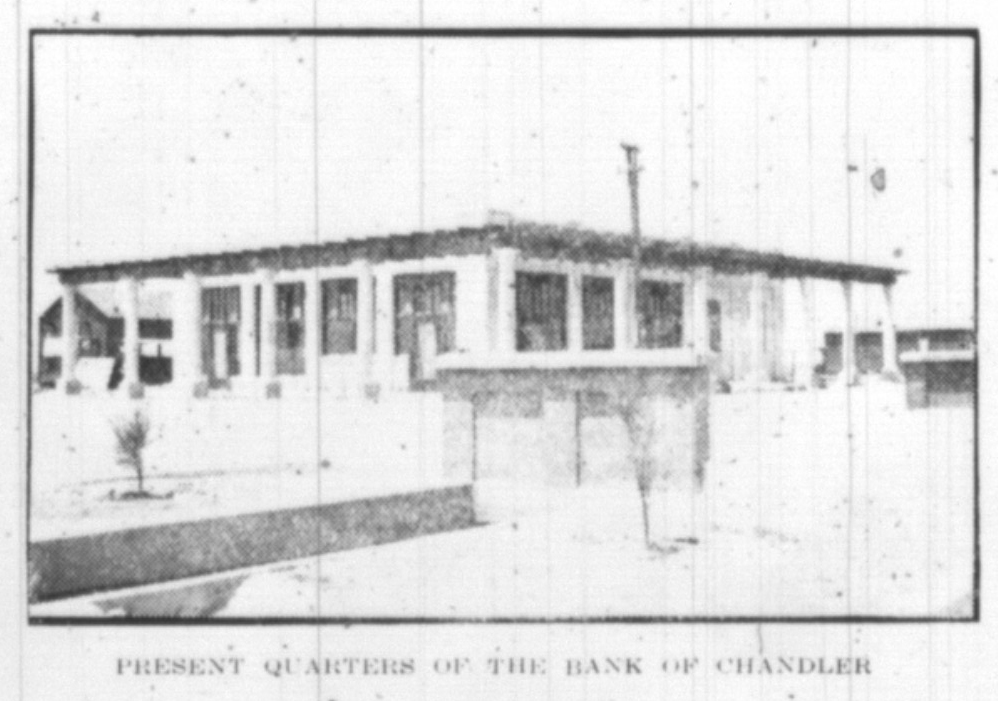 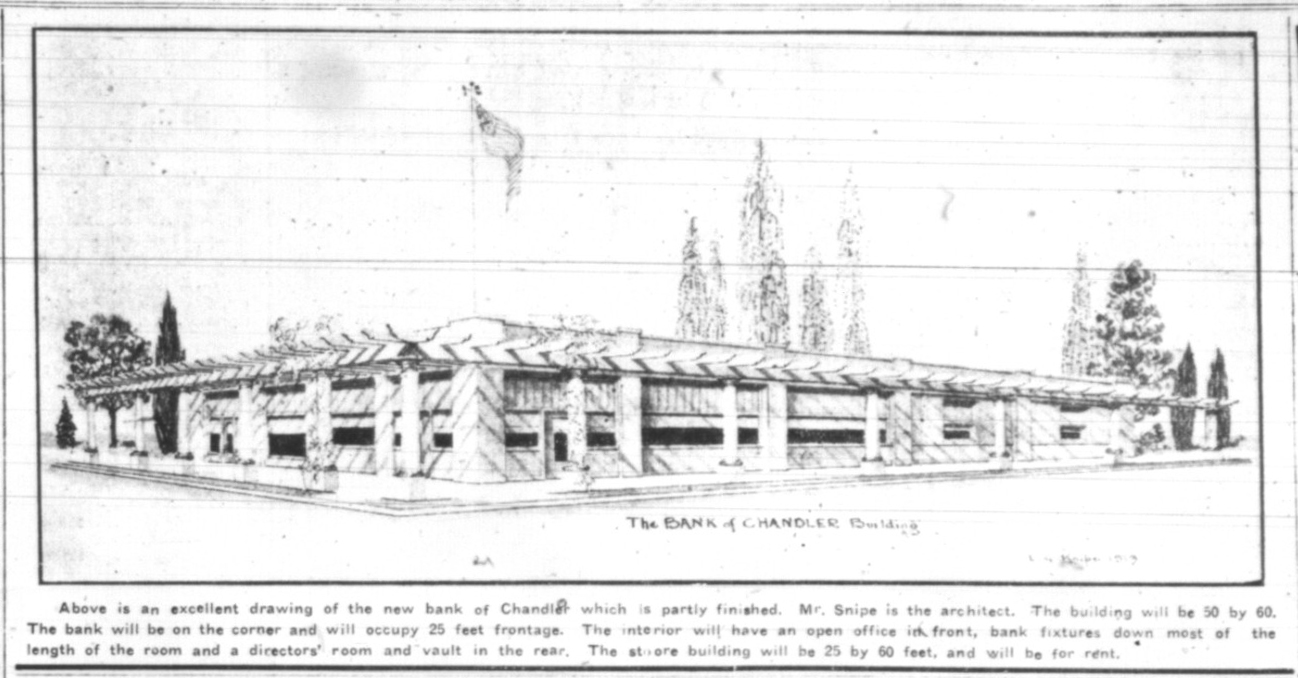 The following events took place in 1932 in the Bank of Chandler Building, when Clarence Baldwin, a nephew of Dr. Chandler and a clerk at the money exchange housed in that building, was kidnapped:

It was shortly after midday on a hot July afternoon in 1932 when Clarence A. Baldwin, manager of the Southside Investment Corporation money exchange in Chandler, rose to greet two men who entered the business. Baldwin, a nephew of Dr. A. J. Chandler, thought he recognized one of the men as a former acquaintance, and reached out his hand in greeting. But the man wasn’t who he thought he was, and events quickly cascaded into a nightmare for Baldwin and led to a statewide manhunt.

Baldwin quickly became aware of his mistake. The men drew handguns, and one said “You’ve got the wrong name, we’re holdup men, give us your money.” While one man pointed his gun at Baldwin through the teller window, the other made his way behind the counter to get the money. He scooped $354 worth of rolled silver coins into sacks. When Baldwin informed them that was all the money there was, they ushered him out of the building and into a Ford V-8 sedan idling in the street with a third accomplice, a getaway driver. The car sped around the downtown park, and headed west on Cleveland Street, today’s Chandler Boulevard.

The only witness to the currency exchange robbery and kidnapping was sixteen year old Forrest Brooks. Brooks immediately informed Town Marshall W. A. McGaughey of what he had seen. McGaughey and Constable C. V. Southard stopped at the exchange before heading out in pursuit of the criminals. Unfortunately for Baldwin, McGaughey and Southard headed the wrong direction on Arizona Avenue and ended up in Mesa before calling off the pursuit.

Several miles west of town the bandits stopped the car. There, they transferred their guns and money into a second getaway vehicle before getting in themselves. During the course of the drive west, the men had blindfolded Baldwin. Now, they threatened to tie him up and leave him in the Ford V-8. Baldwin convinced them not to tie him up, as long as he kept the blindfold on while the men made their getaway. After they had driven away, Baldwin removed the blindfold, got out of the car, and found his bearings. Discovering where he was, he made his way across two miles of open desert to the Kessler Store, where he called the authorities. Word of the brazen robbery and kidnapping spread quickly, and a statewide manhunt commenced.

Two days later, on July 28th, Pima County Sheriff’s deputies arrested Jack Collins and another suspect in the post office in Tucson on suspicion of robbing the currency exchange and kidnapping Baldwin. Sixteen year old Brooks was rushed by Marshall McGaughey to Tucson where he was able to identify both suspects. Baldwin also positively identified Collins as his kidnapper. An arraignment was scheduled for August 8.

At the arraignment, spectators packed the courtroom to watch the proceedings. Defense attorney Jacob Morgan represented Collins, while the case was prosecuted by Deputy County Attorney John W. Corbin. They called only two witnesses: Forrest Brooks and Clarence Baldwin. Upon examination, inexplicably neither one could positively identify Collins on the stand. On those grounds, and due to a lack of other evidence, Justice of the Peace Maude S. Sparks ordered Collins to be released and charges against him to be dropped. No charges were ever filed against the second suspect. A third suspect, who had been held on suspicion of being the getaway driver, was also never charged with the crime.