Located in Kinsman, Ohio, the historic Darrow Octagon House features a unique architectural style which was briefly popularized during the 1850s. The eight-sided house plan was designed by Orson S. Fowler to create more living space with cheaper building costs than a rectangular house plan. From 1864 to 1873, the Octagon House in Kinsman was the childhood home of Clarence Darrow. After spending his adolescent years in Kinsman, Darrow studied at the University of Michigan Law School and worked at law offices in Youngstown, Ohio. He passed the Ohio bar examination at the age of 21, and he became a notable trial lawyer. He is known for his work as the defense attorney during The State of Tennessee v. John Thomas Scopes, more commonly known as the Scopes Monkey Trial. 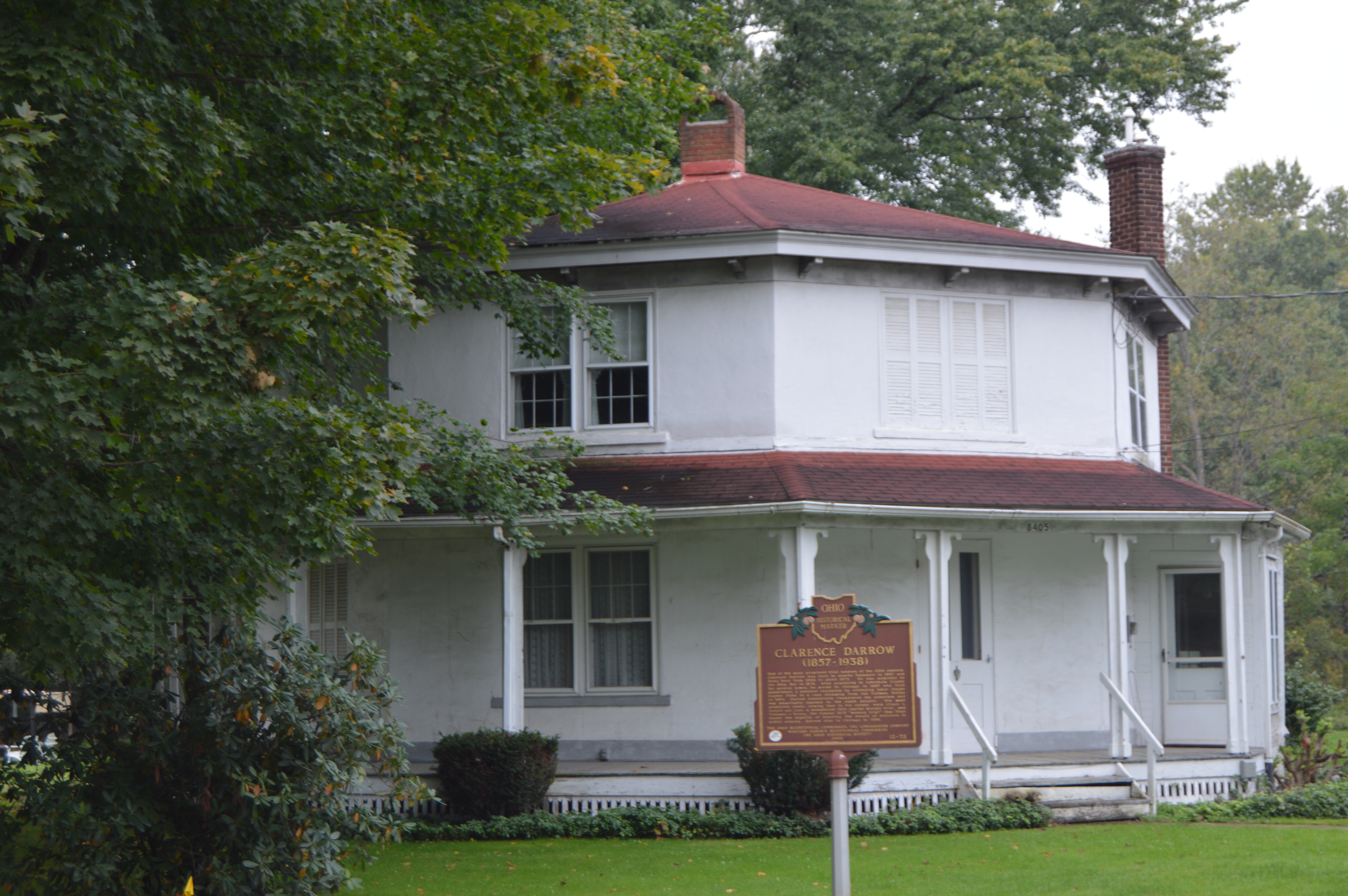 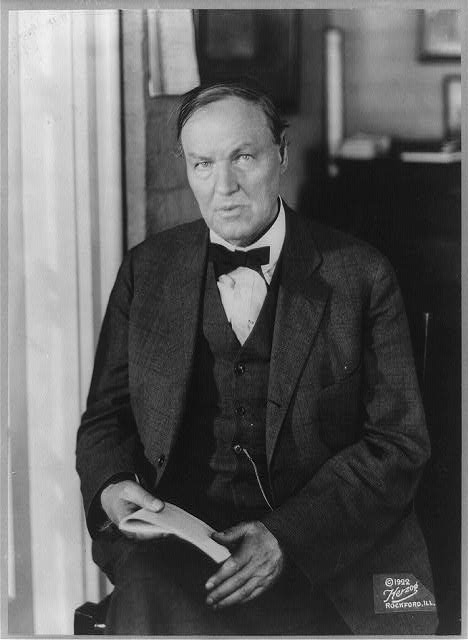 When Clarence Darrow was seven years old, he and his family moved from Farmdale, Ohio to Kinsman in 1864 and lived in the octagon house. At the time, Kinsman was a small village of approximately 400 people. Clarence’s family included his parents Amirus and Emily Eddy Darrow, as well as seven siblings: Edward Everett, Channing, Mary Elizabeth, Herbert Eddy, Clarence, Hubert, Herman, and Jennie. Clarence spent most of his childhood and early professional life in Kinsman. In 1936, Darrow visited Kinsman and the octagon house for the last time. During the 1960s, the house served as a tourist home due to its connection to Clarence Darrow.

The Darrow family moved to Kinsman, in part, for Amirus Darrow’s career. Amirus graduated from graduated from Meadville Theological School with the intention of becoming a preacher. However, during the move to Kinsman with his family, he became opposed to orthodox religion. Instead, he found work as a carpenter, a furniture maker, and an undertaker.

During his time living in Kinsman, Clarence Darrow enjoyed participating in Saturday night debates at the Trumbull County school house. He also played baseball in the town square. Darrow moved to Meadville, Pennsylvania to attend Allegheny College for one year. However, he moved back home after one year due to the financial difficulties brought by the Panic of 1873. When Darrow relocated to Kinsman, he assisted his father with running the family furniture shop. Over the next three years, Darrow also taught school in Vernon Township during the winter season. Earning $30 per month, Darrow taught a total of 50 pupils ranging from 7 years of age to a couple of years older than himself. Darrow began studying law during his spare time.

After teaching in Vernon Township, Darrow attended law school at the University of Michigan for one year; however, he did not graduate. He decided to continue his education by shadowing law offices in Youngstown Ohio. In 1878, Darrow passed the Ohio Bar Examination. Instead of practicing in Youngstown, he started his own law practice in Andover, Ohio, and moved his practice to Ashtabula after two years.

In 1880, Darrow married Jessie Ohl. They had a son, who they named Paul, and decided to purchase a house in Ashtabula. However, the homeowners refused to sell Darrow the house in a last-minute decision. As a result, Darrow decided to move his family to Chicago, Illinois. While practicing in Chicago, Darrow slowly established himself and advanced his law career by joining political clubs and engaging in speaking opportunities. At the height of his career, Darrow took on high profile cases that gained national attention. In 1925, he was the defense attorney for The State of Tennessee v. John Thomas Scopes, more commonly known as the Scopes Monkey Trial or the Scopes Trial. The trial debated the right to teach Darwin’s theory of evolution to students in public schools. Darrow also received national attention as the defense attorney for students Nathan Leopold and Richard Loeb, who were arrested after kidnapping and murdering a 14-year-old boy. During the trial, Darrow expressed his firm opposition to capital punishment and advocated for reform in judicial sentencing.

Darrow, Clarence. Attorney for the Damned: Clarence Darrow in the Courtroom. Edited by Arthur Weinberg. Chicago: The University of Chicago Press, 1989.

Fowler, O.S. A Home For All or The Gravel Wall and Octagon Mode of Building: New, Cheap, Convenient, Superior, and Adapted to Rich and Poor. New York: Fowler and Wells.