The South Newbury Union Chapel was constructed in 1857-58 to serve as a meeting house of free speech and gatherings for public issues for the community of Burton, Ohio. It is regarded as the "Free Speech Chapel" and "Cradle of Equal Suffrage" for its long history of hosting groups that advocated for various causes, including women's rights and temperance. 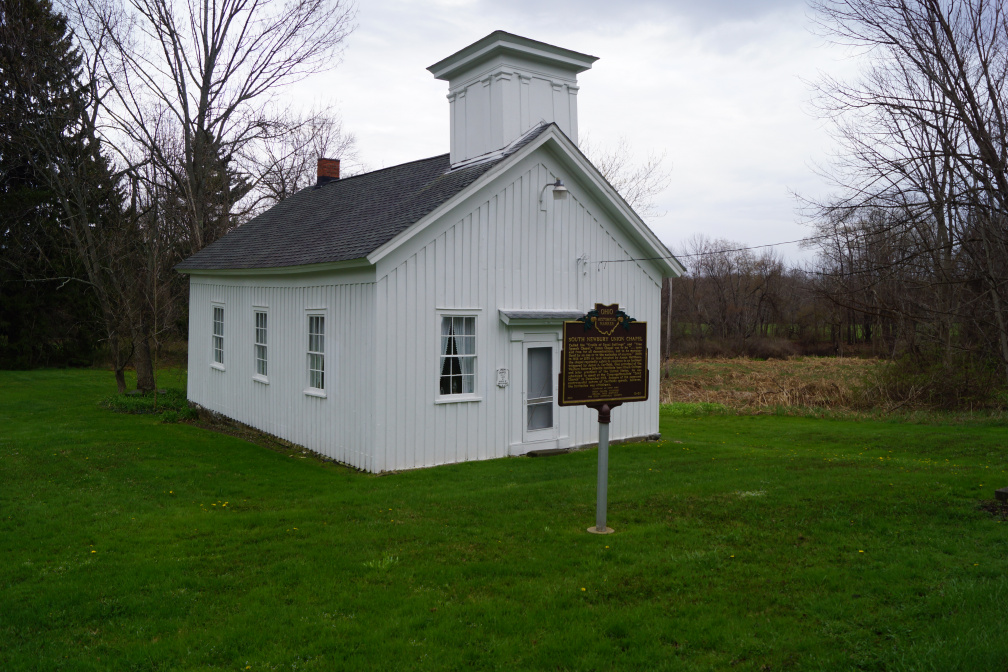 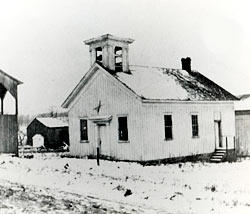 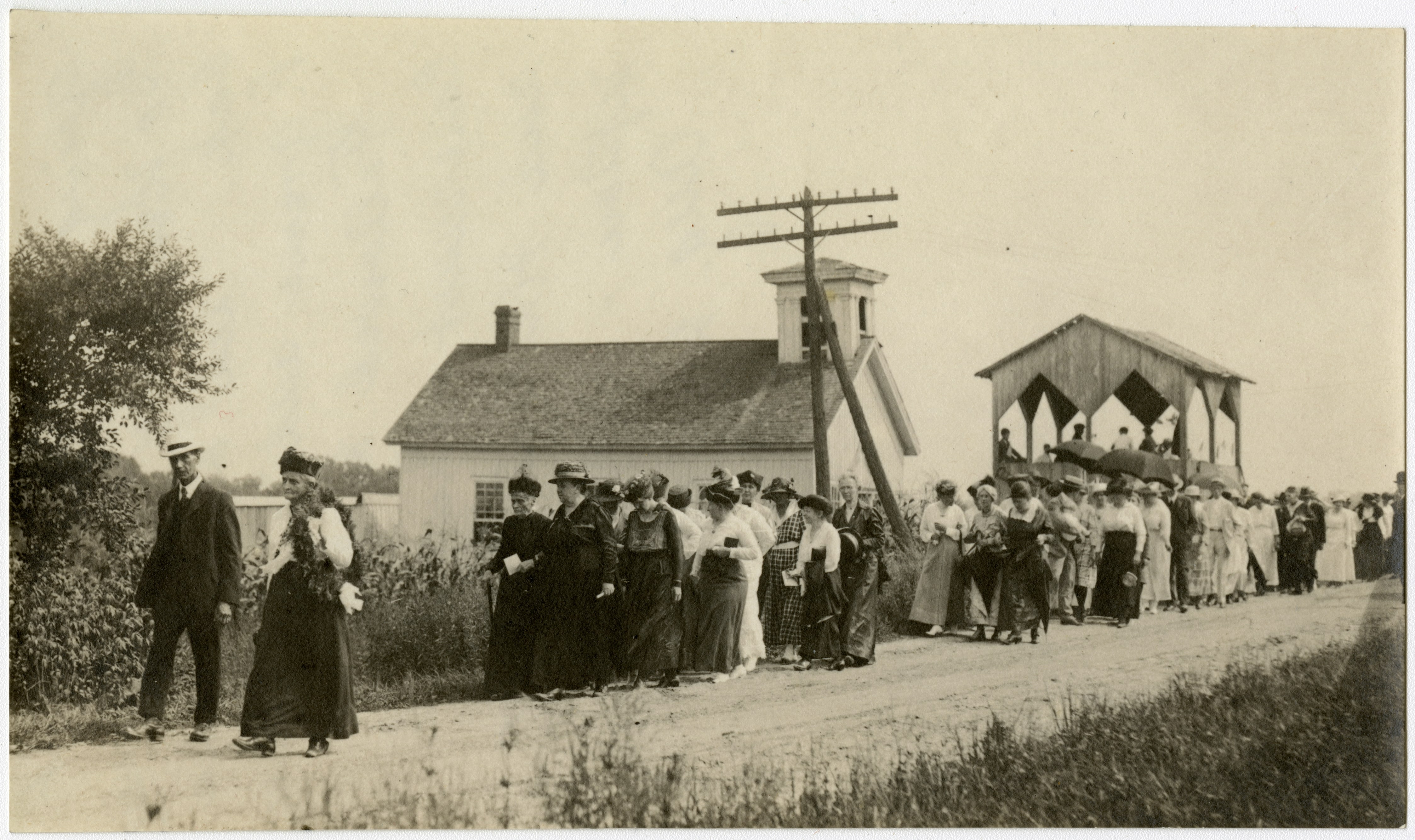 The South Newbury Union Chapel was built in 1858 on land donated by Anson Matthews in the village of Burton, Ohio. Its creation was reputably caused by an incident related to James A. Garfield, then Principal of the Western Reserve Electric Institute (now Hiram College), who would later serve as the twentieth President of the United States. Garfield was scheduled to speak at the Congregational “Brick” Church in December of 1857, but the invitation was withdrawn due to the controversial nature of the speech, the topic of which is not known today. The South Newbury Union Chapel was erected in response to the cancelled speech, and was to be “…open and free for all denominations, but to be monopolized by no one or to the exclusion of anyone.” A plaque placed on the Chapel states it was built in 1856, however, records in Garfield’s diary state that these events occurred in 1857-58.

The Chapel developed into a community center, used for religious instruction, singing schools, plays, and other meetings and gatherings of public issues. It is regarded as the “Free Speech Chapel” as it welcomed numerous groups throughout the 19th century who crusaded for various causes, including women’s dress reform, women’s suffrage, and temperance. The Women’s Temperance Society was founded here in 1875, and other groups that occupied the building included the Cold Water Army, Friends of Impartial Suffrage, and the Independent Order of Good Templars.

The Chapel is also regarded as the “Cradle of Equal Suffrage” as it was used by politically active women’s groups, including nine women who cast their ballots illegally in an 1871 local election and became the first women to vote in the state of Ohio. Though these ballots were lost en route to the Board of Elections, the group of women remained dedicated to the cause. It hosted public lectures by prominent women suffragists, including Susan B. Anthony in 1879 and Harriet Taylor Upton in 1919. It was also the meeting place of the Newbury Woman’s Suffrage and Political Club, founded January 4, 1874; the second such organization in Ohio and one of the earliest in the U.S. Members of the Suffrage and Political Club planted the Centennial Oak on July 4, 1876 across the street from the Chapel. The Centennial Oak was planted in commemoration of the U.S. Centennial, but also symbolically planted the roots for change and represents the growth of equality.

On August 23-24, 1919, at the Newbury Memorial Association commemoration of the Newbury Woman's Suffrage and Political Club, attendees marched from the Chapel to the historic Centennial Oak. Distinguished guests of this procession included Harriet Taylor Upton, Frances Jennings Casement, and Ruth Fisher Munn, who hung a commemorative wreath on the oak tree.

The Union Chapel Trustees, Ohio History Connection (formerly Ohio Historical Society), and Geauga Park District sponsored the dedication of an Ohio Historical Marker on the property in 2010, and the Chapel was listed on the National Register of Historic Places in 2012.

Williams Brothers. History of Geauga and Lake Counties, Ohio, with Illustrations and Biographical Sketches of Its Pioneers and Most Prominent Men. Philadelphia: J.B. Lippincott & Co., 1878.