From humble beginnings, Four Stairs has undergone more than one architectural metamorphosis over three centuries. Built in the 1730s as a one-room gabled log house, this structure was expanded in the 1790s under the ownership of Captain John Jackson, Jr. The Jackson family -- as well as the enslaved persons they owned -- lived in the house for five generations, into the early decades of the twentieth century. The house continued to grow for over a hundred years, eventually attaining a Greek Revival appearance. Mid-twentieth-century renovations in the Colonial Revival style were added, and then removed, by successive owners. The house is now under a conservation easement. 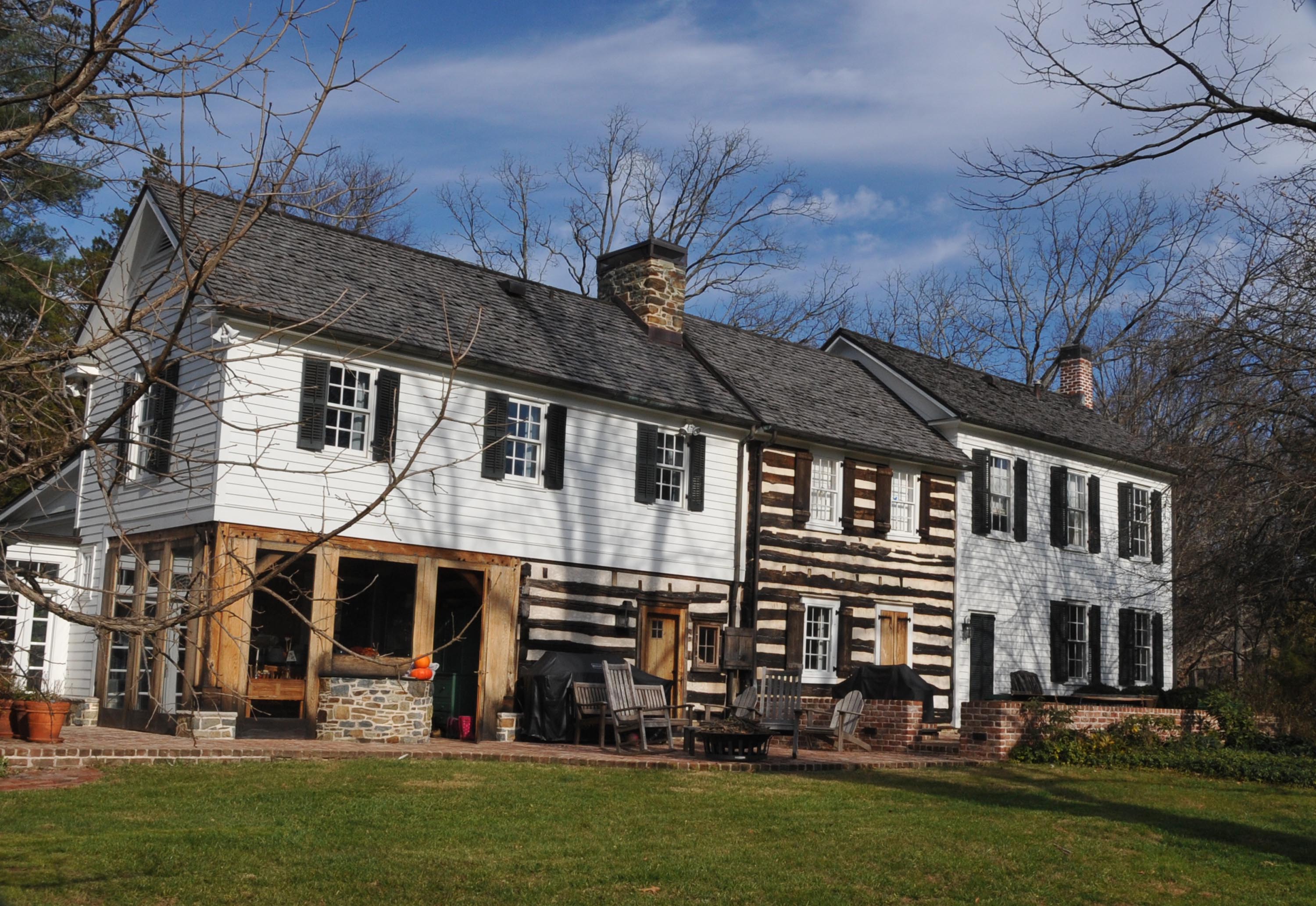 Four Stairs sits on a 22-acre plot of land first settled in the early eighteenth century. In addition to the house, the natural landscape is significant to its history. The land surrounding the house was cleared and maintained as lawn, and two Osage orange trees contemporary to the 1850s entrance of the building still grow there. A hand-dug well and family cemetery remain as notable features outside the house.

The many forms the house has taken are evident from the outside; three distinct sections are visible, and there are multiple entrances. The central section -- the original log house with one room and a loft -- probably dates to the 1730s. Various sheds and outbuildings have been built and occasionally incorporated into the main structure over the years. The early settler who built the log house is unknown; it was constructed probably from trees from the property itself, including chestnut, red oak, white oak, locust, and walnut. The house would have been whitewashed on its interior and exterior.

The family of Captain John Jackson, Jr. (1737-1819) acquired the property in 1796, and it was under their ownership that the house expanded into a second story and the new east entrance and porch were constructed. The interior was also plastered after several other renovations, such as the raising of an additional staircase. Captain Jackson was a significant landowner and politician in the region, and was appointed a justice of the peace in 1798. From around the time of his residence, the presence and work of enslaved persons are evident on the property.

In the middle of the nineteenth century, a Greek Revival addition with yet another entrance appeared, this time on the north side of the house. The house remained in the Jackson family for five generations until 1928; new owner Mark Turner added plumbing, central heat, and other amenities. A 1950s-1960s renovation by John and Mary Bird adopted the Colonial Revival style and expanded the house west.

Between 2002 and 2004, a major effort restored the house, replacing structurally unsound elements and recreating others more compatible with the corresponding parts of the historical structure. The present owner removed most of the mid-twentieth century renovations as well as a dilapidated north addition dating to the late 1700s. The present owner replaced the removed sections with timber-framed additions compatible with the rest of the house. In 2004, the house was added to the National Register of Historic Places, and several acres of the property are also under a conservation easement.