The Paramount Building was constructed in the mid-1920s and served as the East Coast headquarters for Paramount Pictures. The building was also home to one of the most famous theaters in New York's history. Paramount Theatre opened in November 1926 and operated until February 1966. Frank Sinatra first played the Paramount in 1942, and two years later, "Bobby Soxers" who had been turned away at the Theatre because it reached maximum capacity, started the "Columbus Day Riot." The Paramount Building was designated a New York City Landmark in 1988 and serves as an office building and classroom space with ground-floor retail and restaurants such as the Hard Rock Cafe.

The Paramount Building at 1501 Broadway 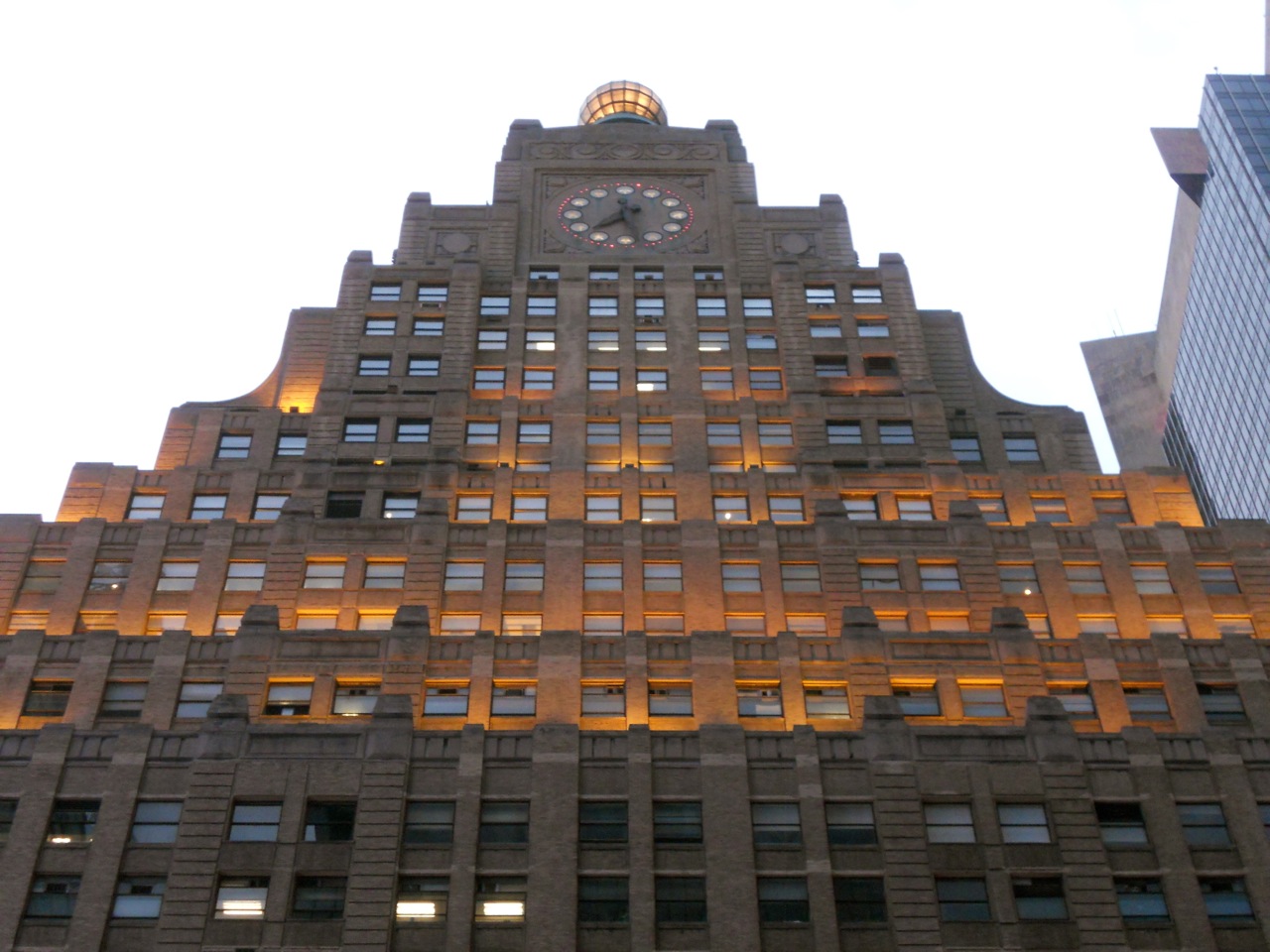 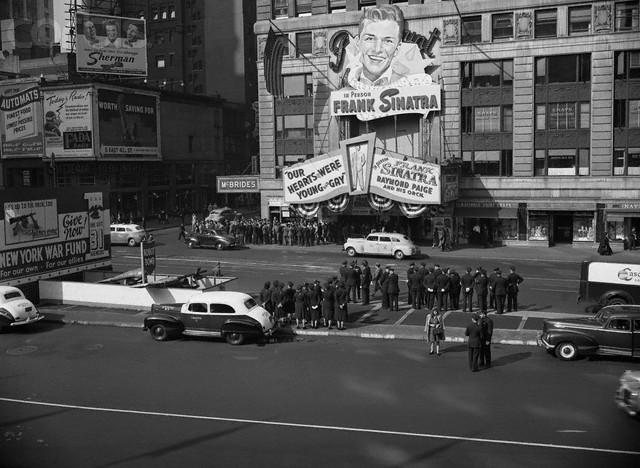 The Premiere of Elvis' First Movie, "Love Me Tender," at the Paramount, 1956 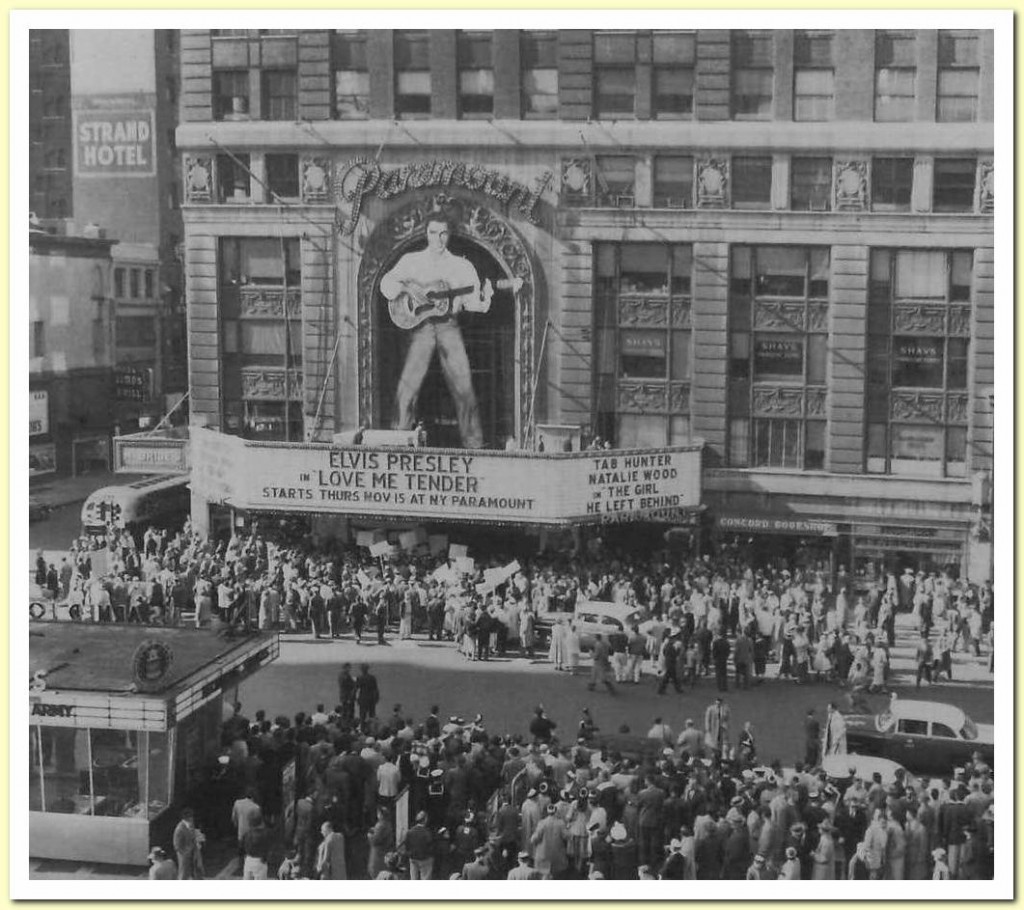 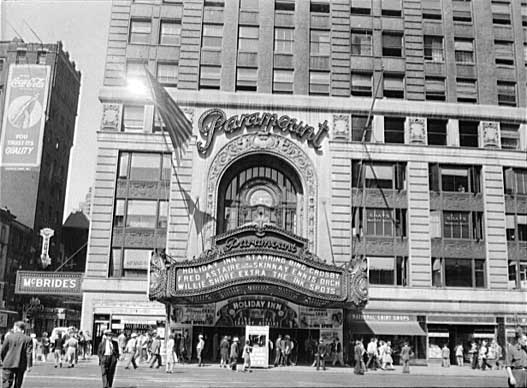 The Grand Hall in the Paramount Theatre 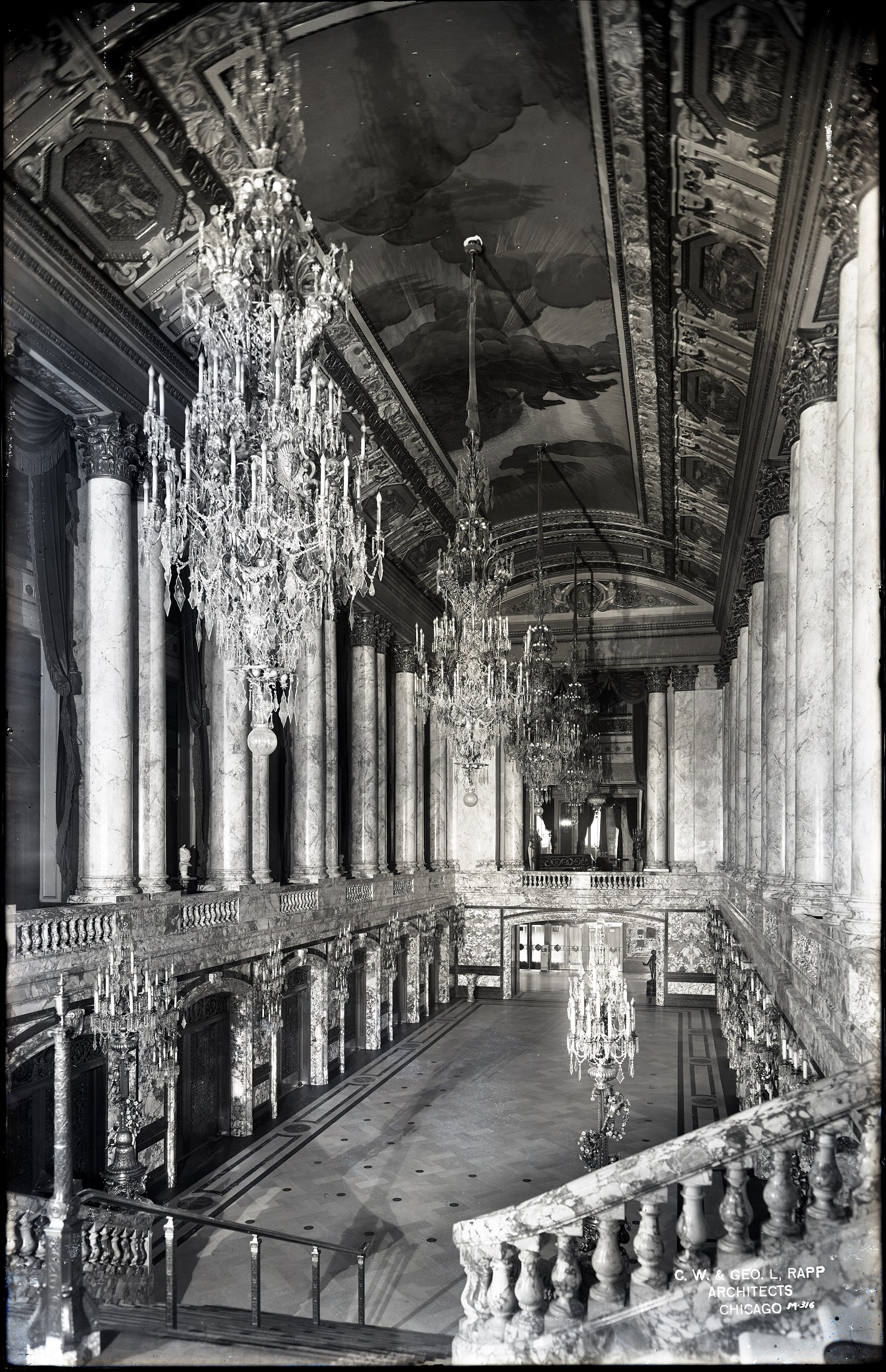 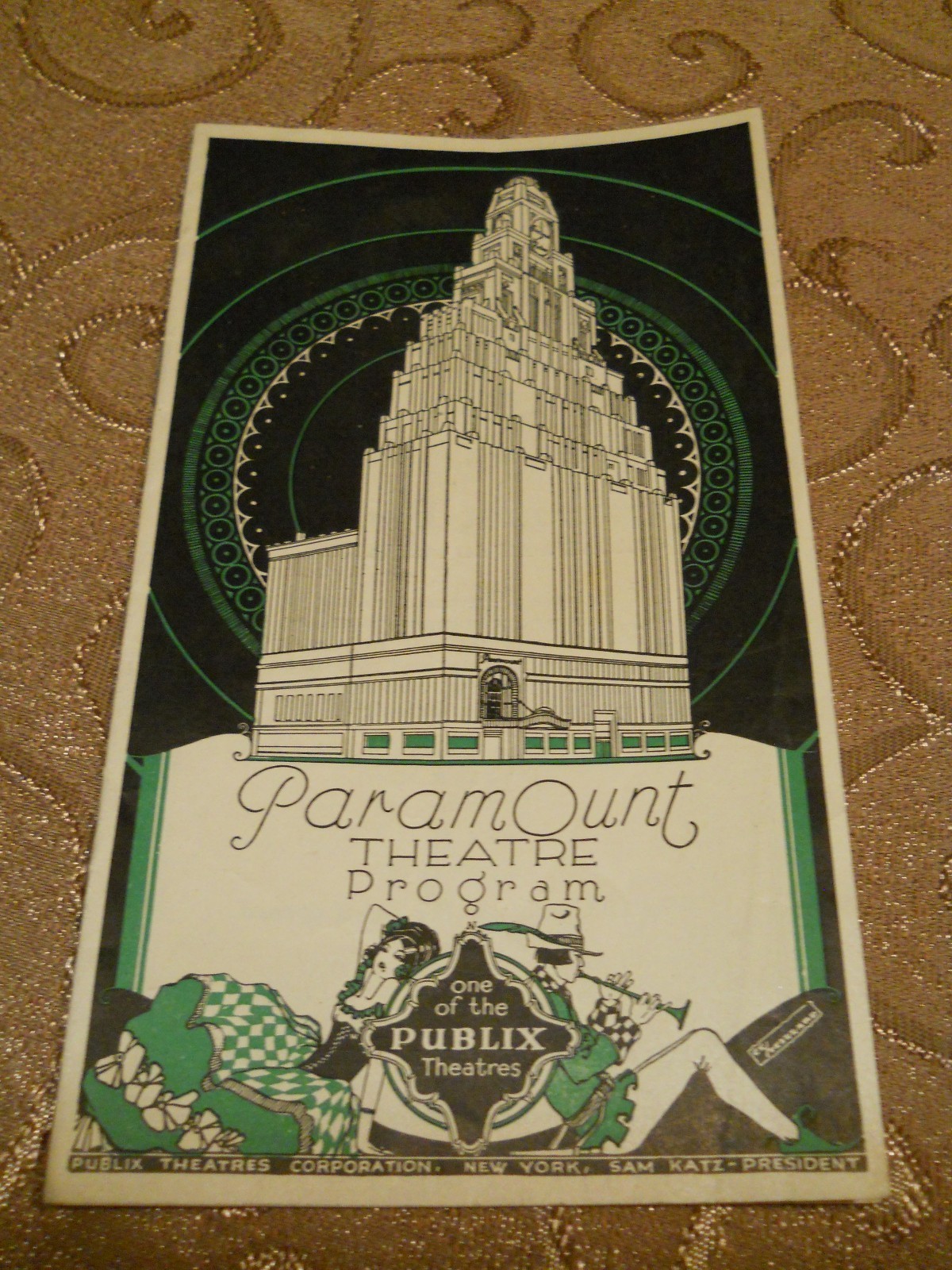 The Hard Rock Cafe at the Paramount Building 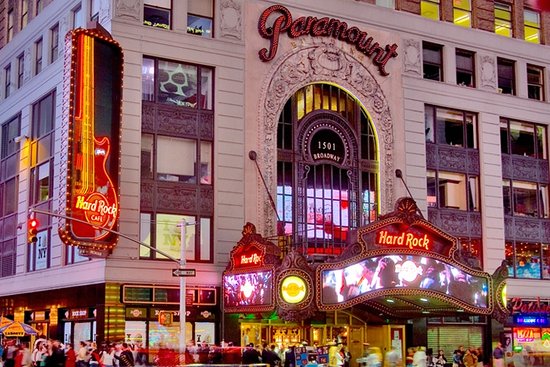 Construction on the Paramount Building, formerly the site of the Putnam Building, began in 1926 and was completed in 1927, with the total cost coming in at close to $14 million. Built by The Famous Players-Lasky Corporation and designed by Rapp and Rapp Architects as the East Coast headquarters for Paramount Pictures, the Paramount Building was the tallest building in Times Square and even featured an observation deck. The most noticeable trademark of the building, which remains today, is the four-faced clock at the top of a pyramidal feature, that shows the hours with a circle of stars that depicts the logo of Paramount Pictures. On top of the clock is an ornamental glass globe. When World War II broke-out, the government enacted blackout regulations to prevent any further enemy attacks. Abiding by the laws, the Paramount Building painted the globe and the clock black.

The Paramount Theatre opened in November 1926 and was dubbed "The World's Finest Theatre" at the time. Some of the most well-known names in the world attended the opening, including: Thomas Edison, Adolph Zukor, and Mayor Jimmy Walker. In the first two days alone, more than 30,000 people flocked to the theatre and spent over $30,000 on the first film featured, God Gave Me Twenty Cents. In the Grand Hall, muralist Louis Grell painted a 125 foot long panel called The Spirit of Light, modeled after the Paris Opera House. The Grand Hall is made of Italian marble that came from a closed mine in Italy that was reopened just for the Paramount Theatre. Many famous performers played at the Paramount Theatre before it closed in the late 1960s, but no performance was more famous than Frank Sinatra's Columbus Day show. In October 1944, more than 30,000 "Bobby Soxers" swarmed to the Theatre to see Sinatra, the most popular singer in the world at the time, perform. When thousands were turned away because the show was sold-out, what is known as the "Columbus Day Riot" broke-out. The Paramount Theatre closed in February 1966, with its last screening being the James Bond Thunderball movie.

Elvis: Echoes of the Past