In the western part of Golden Gate Park, a small herd of American bison can be seen grazing in a pasture within the Bison Paddock. In 1892, a menagerie of animals was integrated into Golden Gate Park. These included deer, elk, sheep, goats, and bears. In addition, a small herd of American bison was also integrated into the Park as a symbol of the American West. In 1899, the bison were moved from the eastern part of the Park to their current location in the western part of the park. The Bison Paddock features a large meadow for grazing near Spreckels Lake along John F. Kennedy Drive. The current herd that resides in Golden Gate Park is comprised exclusively of females. The bison are under the care of the San Francisco Zoo, which was founded in 1929. The San Francisco Parks & Recreation Department maintains the land and the paddock.

Bison Skulls to be used for fertilizer, fine bone china, and the refining of sugar, c. 1870 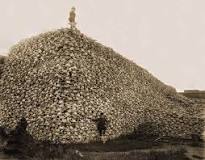 Bison bones to be used for fertilizer, fine bone china, and the refining of sugar, c. 1870 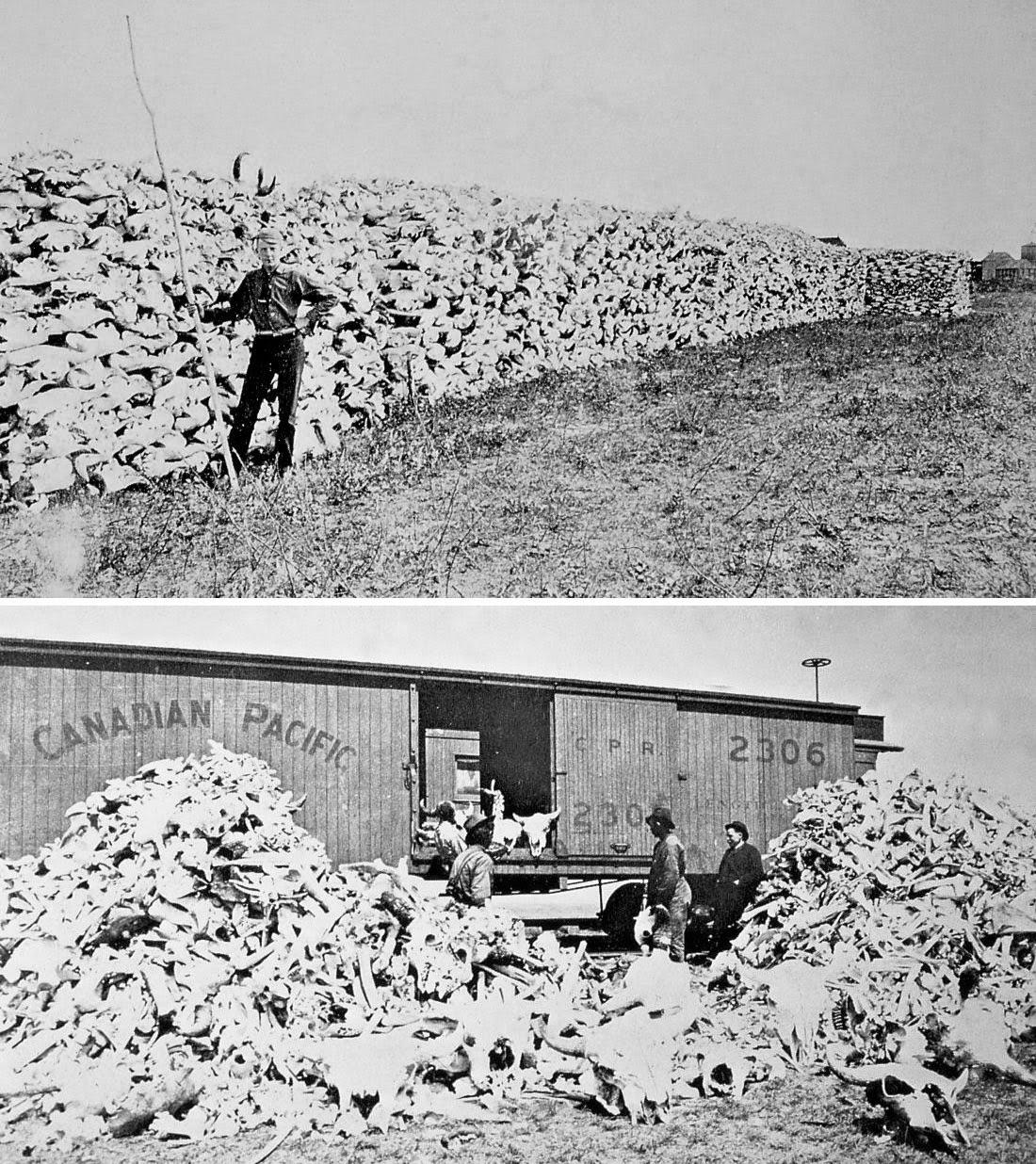 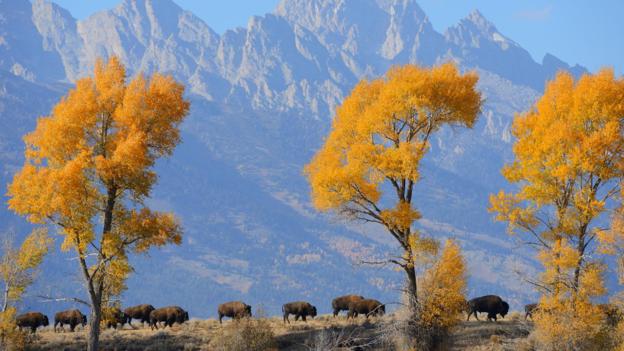 It is estimated that up to 60 million bison once grazed throughout the American West, roaming freely across the Great Plains between northern Mexico and Canada. Although bison are today considered a symbol of the American West, at the end of the nineteenth century, they were nearly wiped out to the point of extinction. By the mid-1800s, there were only a few hundred bison remaining, with almost no bison west of the Rockies.

Bison are often associated with a now-vanished American frontier. The American bison and other bison species still in existence today can actually be traced back as far as the Pleistocene Era. These bison are among the few species that survived the Ice Age extinction. For centuries, bison served as an important resource for indigenous tribes throughout the Great Plains of North America. While Native Americans refer to bison as "buffalo," the bison in North America are distinct from buffalo species, which hail from Asia and Africa (such as the water buffalo).

Although bison have served as a valuable resource for Great Plains tribes over the centuries, much of the animal's natural habitat was lost rapidly during the 1800s due to the encroachment of railroads and increasing conversion of prairies into farmland for new settlers. Bison meat, hides, furs, and bones became highly coveted for economic and industrial uses. Bison bones were used for refining sugar, as well as for manufacturing fertilizer and making fine bone china. In addition, bison slaughter was used a tactic to remove native tribes from the land as indigenous communities relied heavily on bison herds as a natural resource.

Bison numbers especially plummeted as herds were culled to make way for new railroad lines. According to some reports, "Buffalo Bill" Cody killed over 4,000 bison in order to feed the crews of men who were at work building the Kansas Pacific Railroad. Some hunting of bison occurred simply for sport, with reports of tourists shooting bison from railcar windows, while the animals were left for dead. Trained marksmen were often hired by railroad companies for the same task, as bison were thought to cause railroad accidents and track delays.

In recent years, American bison numbers have been rebounding dramatically. This is largely because of dedicated efforts by conservationists, land managers, and indigenous groups. Many farmers and ranchers are now cultivating bison herds for meat, which has risen in popularity. In 2016, the Obama Administration declared the bison to be America's national mammal. This symbolic decision lent support to conservationists who have been working for decades to restore herd populations of American bison. This species still remains the largest land mammal in North America.