Atlanta's Carnegie Building is a twelve-story structure that was constructed from 1924 to 1925. The wedge-shaped building was originally known as the Wynne-Claughton Building and is composed of reinforced concrete with a brick veneer and limestone detailing. The Carnegie Library once stood across the street from this building. In 2012, the Carnegie Building was added to the National Register. The building is one of only a handful of early twentieth-century buildings in this section of Atlanta, such as the Winecoff Hotel which was completed in 1913. The building now serves as the home of the Courtyard Atlanta Downtown hotel. 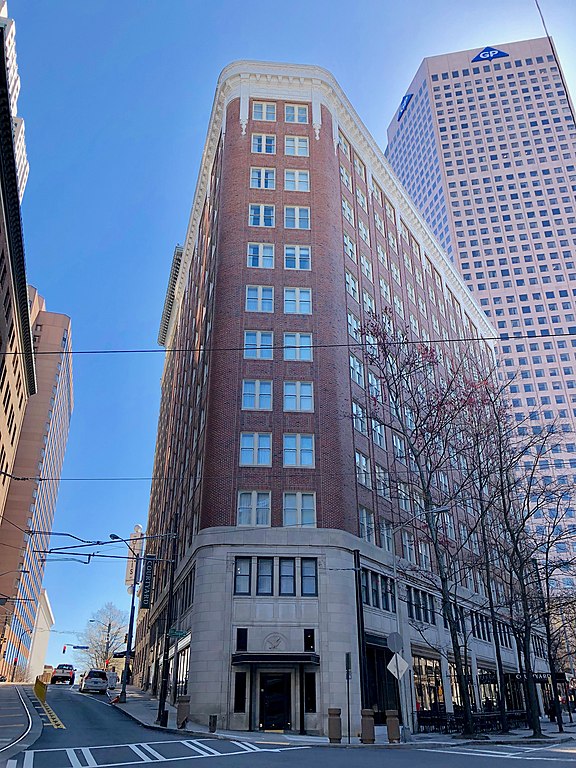 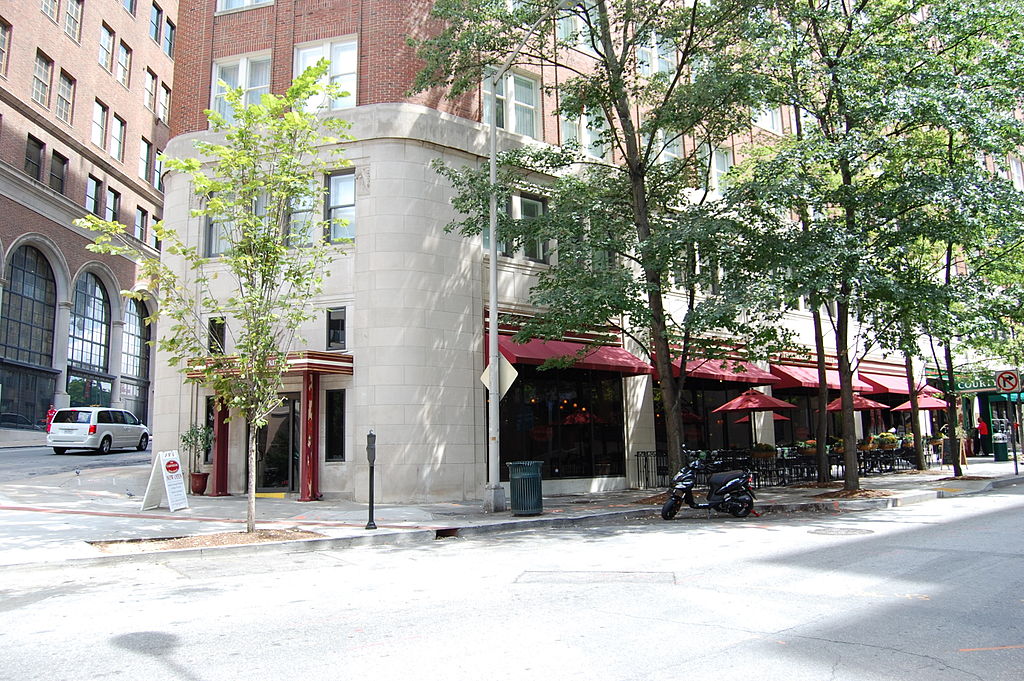 The Carnegie Building was originally called the Wynne-Claughton Building when it was built in 1925 in downtown Atlanta. The twelve-story structure next became known as the Mortgage Guaranty Building from 1929 to 1962. The Carnegie Building name began in 1963 and ended in 1989. The building is a combination of elements of the Beaux-Arts Style with its applied limestone decoration and features of the late Commercial style of architecture. The building's curved corners fit the triangular lot. The Carnegie Library once stood across the street.

Morgan T. Wynne, born in 1900, partnered with John Crowell to form an insurance agency; they partnered with Edward Napoleon Claughton, born in 1892, a financial consultant, in 1924. The Wynne-Claughton Realty Sales Corporation was located in a building on Ivy Street. The skyscraper was built for the company from 1924 to 1925 at the location of the former Ewell Hotel. The architect was G. Lloyd Preacher (1882 - 1972), who is well-known for designing the city's neo-Gothic City Hall in 1930 and another Atlanta office building, the Medical Arts Building, in 1927. Preacher moved from Augusta, Georgia, to Atlanta around 1922; he moved his architecture offices into the new Wynne-Claughton Building.

The building housed the offices of a wide range of companies and organizations in the 1920s, from the Oakland Motor Car Company to the state offices of the Knights of the Ku Klux Klan. The building has also been home to the Atlanta Convention & Visitors Bureau.

The building's exterior was designated a landmark by the City of Atlanta in 1990. Thanks to the actions of preservationists and developers, the building is one of only a handful of neighboring historic structures within a city dominated by modern construction. The building is now home to the 150-room Courtyard Atlanta Downtown with a restaurant on the ground floor. The building is significant not only for its age and architecture but also for its association with influential businesses and organizations.