This brick neoclassical building was completed in 1911 and served as the poorhouse for the city's white residents until 1963. The structure housed the poor in separate east and west wings for women versus men and held up to 145 residents. After the almshouse closed, the building was leased from the county in 1969 and has served as the home of the Galloway School since that time. The building was listed in the National Register of Historic Places in 2014. The building is known for its architecture and its association with social and women's history. The private school is surrounded by a public park, Chastain Park.

The Galloway School is located in the former Almshouse 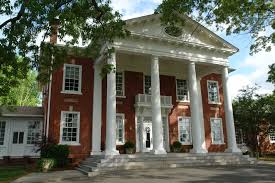 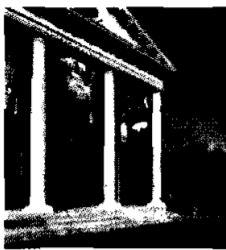 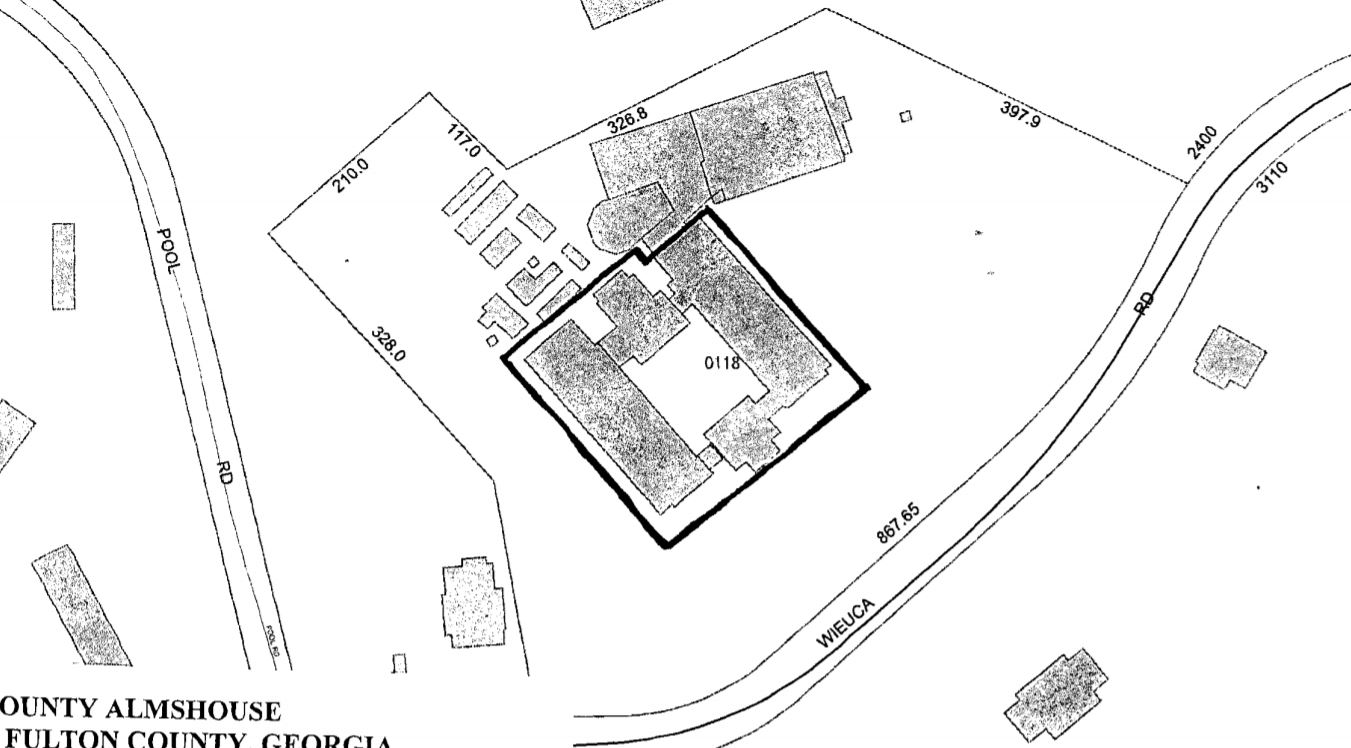 Floorplan with historic uses by Morris 1983 (modified 2013 by Messick) 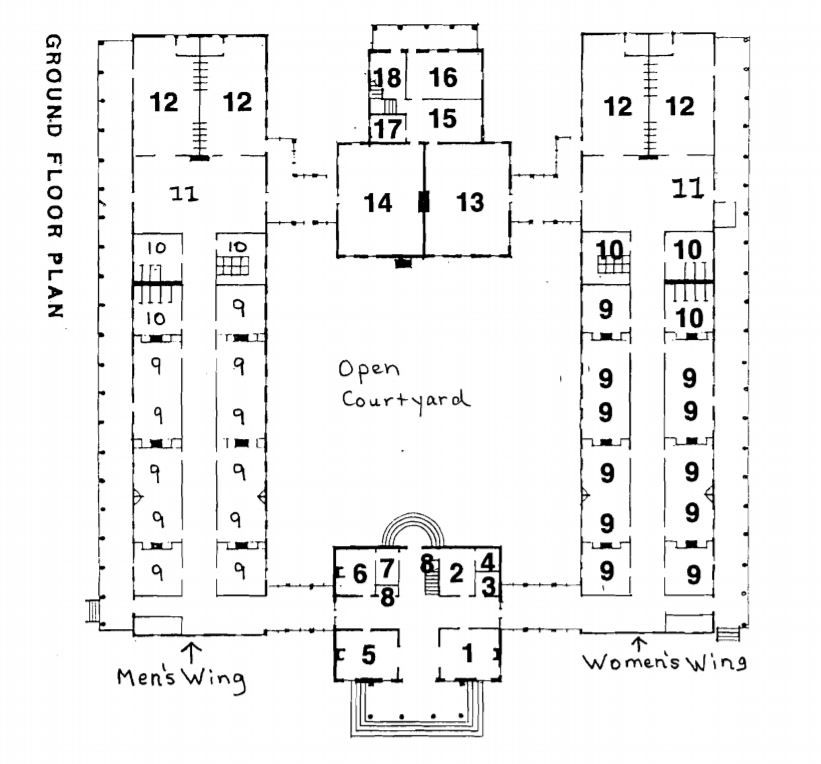 The Fulton County Almshouse was built in 1911 for the county's poor and elderly residents. The imposing red brick structure with Neoclasical Revival styling in Flemish bond was designed by Morgan and Dillon, a major Georgia architectural firm and occupies a hilltop. The four main one-story wings of the building are connected with covered walkways. The two-story entrance facade features Doric columns topped by a triangular portico with dentil molding and an oval window.

The building was constructed to be the poorhouse for White residents and was built to hold 145 residents though it sometimes reached nearly 200 occupants. The east and west wings served as residential halls for men (west) versus women (east). The almshouse superintendant's family lived in the second floor of the front section of the central block; the first floor was office and nursing space. The building once contained separate dining rooms for men and women sharing a central fireplace opening to both; there was one kitchen and a small store where residents sold drinks and candy. The building was coal-heated until 1954 when it was converted to gas. The central courtyard bordered by the four wings once contained a pond. Poor African-Americans lived in a separate building nearby, also built by Fulton County in 1911 and now the Chastain Arts Center. The original 1,000-acre tract included both almhouses.

After 1932, the property also was known as Haven Home. Ms. Jessie Clark Boynton became superintendent in 1932 and remained in this position until the end of the almshouse era in 1963. She was instrumental in supervising female prisoners who lived in a wing at the almshouse for African Americans and did domestic work at the almshouse for Whites; she helped them find jobs upon their release. Ms. Boynton also instituted recreational programs for elderly residents.

The days of the building as an almshouse ended in 1963; the remaining residents were moved elsewhere. The property served as an annex for a local elementary school for a time. It was leased from the county in 1969 and became a private school, the Galloway School, founded by Elliot Galloway. Few alterations were needed to convert the almshouse to a school; some interior walls were removed to convert bedrooms to classrooms; the original windows remain. Dropped ceilings and new lighting fixtures have been added to the school as well as new electrical wiring. Some dormers have been added on the courtyard-facing side of the attic of the west wing to create more classrooms.

The school was unique in its early days for being an integrated school in the Buckhead area of northwest Atlanta. The children of the late Reverend Martin Luther King Jr. were among the early attendees. The building continues today as part of the day school on an eight-acre campus. The central block is composed of a foyer, offices and a staircase. The covered walkways are wood and glass sunrooms or open porches. Newer buildings on the Galloway School campus are not part of the National Register listing from 2014, which only includes the 1911 building. The school serves over 700 students from age 3 through grade 12. The property is surrounded by a public city park, Chastain Park, with a golf course, ballfields, tennis courts, and an equestrian facility.