The parish of Sts. Joseph & Paul Catholic Church was formed in 1948 when the parishes of St. Joseph and St. Paul were merged by Bishop Francis R. Cotton. The congregations were merged due to their close physical proximity to each other, as they were both on the same block of East 4th Street. St. Joseph's Church served the German speaking parishioners of Owensboro, while St. Paul's was built by the wealthy distillers with Irish roots. The building used today for services was the former St. Paul Church. St. Joseph's has been torn down, though the iconic stained glass windows survived. They can be seen at the Owensboro Museum of Fine Arts. For information on St. Joseph Church, see the entry on "St. Joseph Catholic Church." 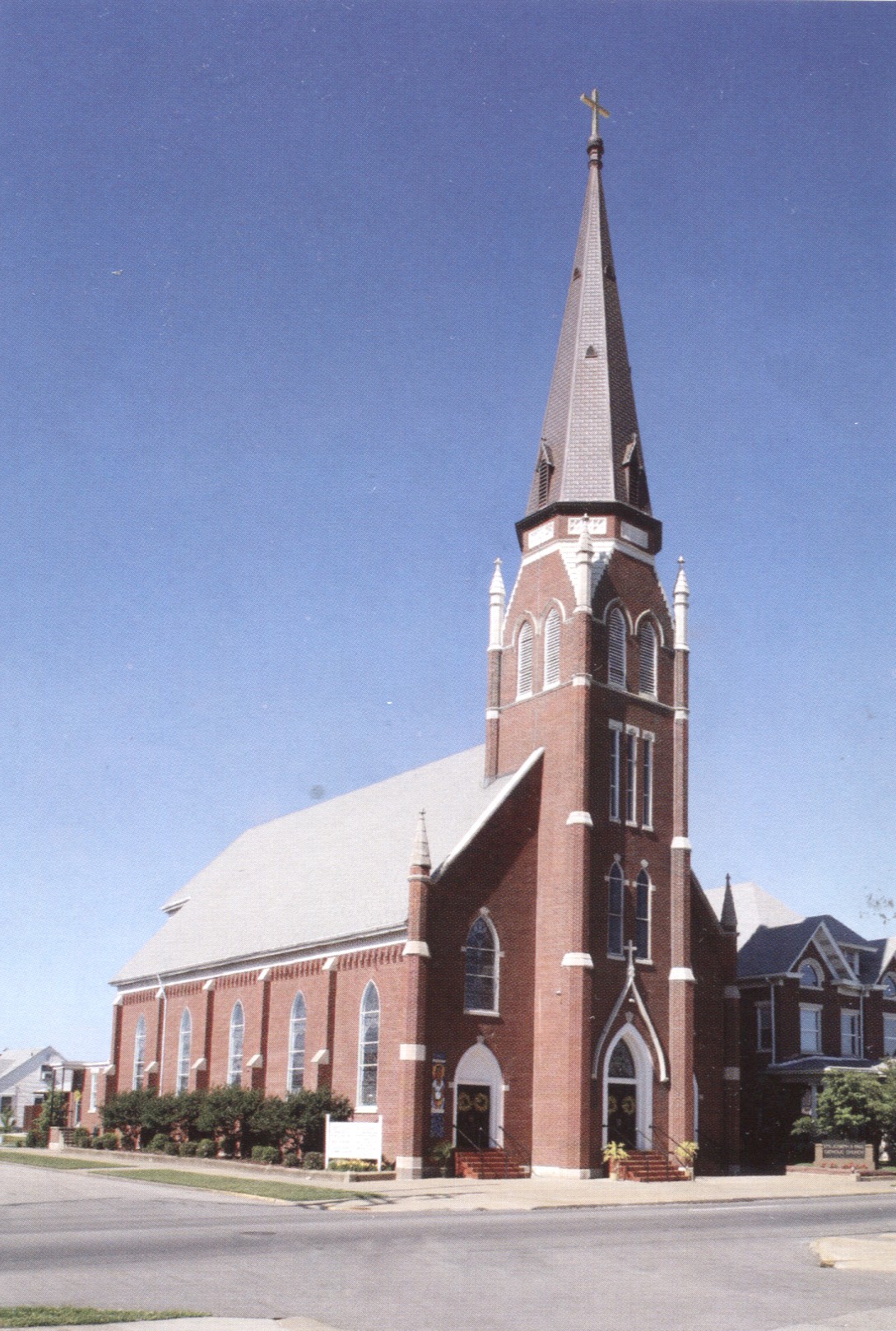 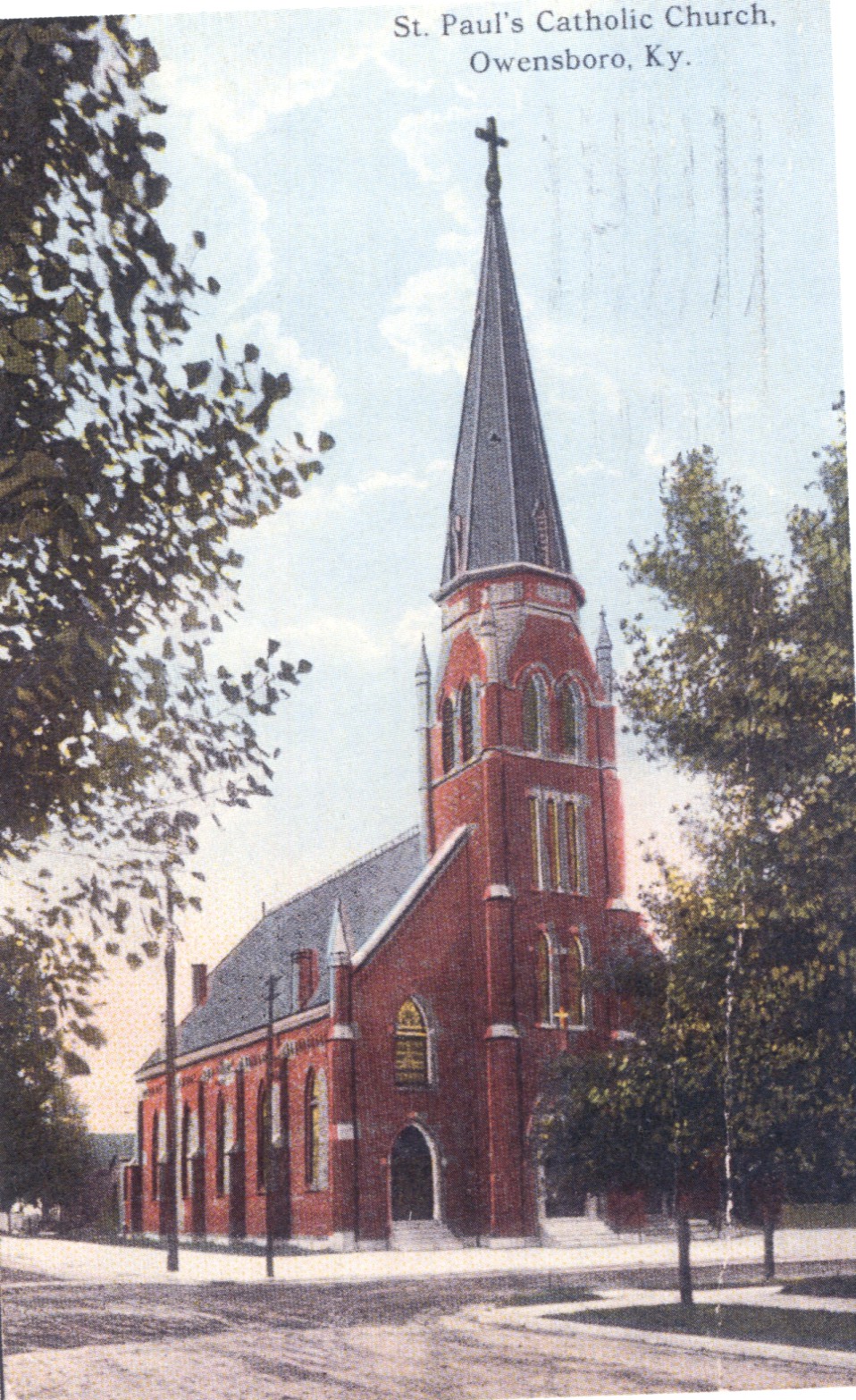 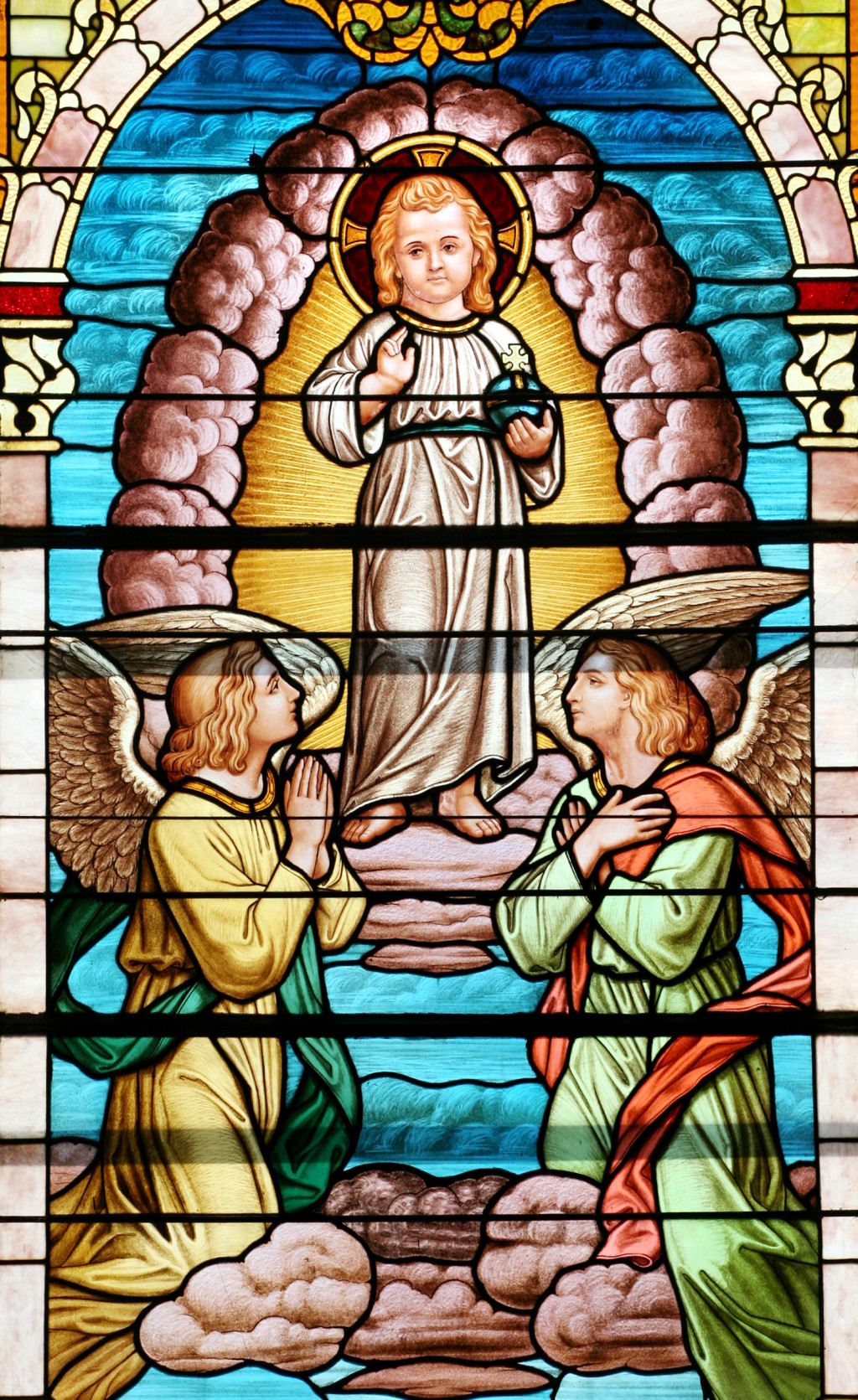 St. Paul Catholic Church was built in 1887-1888 to accommodate the overflowing numbers of St. Stephen’s Church. The German Catholic population already had their own parish at St. Joseph Church. The new church was built across the street from St. Joseph’s. Some of the main backers of the church included the Monarch, Payne, and Field families, all prominent and wealthy whiskey and bourbon distillers. Because of the cultural differences between the Germans and the “Irish Whiskey People” and the close proximity of the buildings, church histories state there were constant tensions between the two parishes.

The dedication for St. Paul Church took place on January 13, 1889, two years after the parish was formed. The focal exterior feature was the spire, finished at a later date, which was the tallest in Owensboro. The interior was spacious, with a strong double floor and a large pipe organ made in Boston, costing $2,500. The total cost of construction was $40,000, over $1 million today.

In 1890, a bell was placed in the tower. It was 15 feet in circumference and was the largest one in town. Frescoes were painted on the ceiling and three new altars added in 1900. Stained glass windows, all paid for by parishioners as dedication to family members, were put in 1902. They were made by the Holland Company of Washington, and designed by Artist Alberts of Louisville. Alberts was a graduate of the Art Conservatory of Munich. The windows are still there today. St. Paul remained the largest Catholic congregation in the area. Masses were so crowded that people stood in the aisles. Other smaller parishes were formed in the county to help alleviate the overcrowding.

On April 3, 1948, the Diocese of Owensboro re-districted the local parishes. This included consolidating St. Paul and St. Joseph parishes. The histories cite dismay and concern among the parishioners at the news. St. Paul did not want to share its coffers with what they called “that den of Germans,” while the parishioners of St. Joseph worried over the fate of the church and school their ancestors built. Friction existed between the two groups for several generations, according to church historian Gerald Wilkerson. On Christmas Day 1984, a fire broke out at St. Paul Church, forcing the congregants to use old St. Joseph Church until 1986. St. Joseph Church was razed in 1989. In 2011, the slate roof was replaced with copper and a 24 karat gold cross added to the top of the steeple. Sts. Joseph & Paul Church remains one of the largest parishes in the county.