The Brazos Valley Museum of Natural History is a science and natural and cultural history museum dedicated to preserving and promoting the region's rich past. The museum features several exhibits that explore a variety of topics including Ice Age animals, Native American tools, ranching and farming, and the Republic of Texas. The museum also houses collections in the following subjects: archaeology, botany, conchology, culture history, geology, mammalogy, ornithology, and paleontology. In terms of public education, the museum offers a wide range of programs to visitors of all ages. It is a member of the American Association of Museums and is affiliated with the Smithsonian Museum.

Originally founded in 1961, the Brazos Valley Museum of Natural History is a science and natural and cultural history museum. 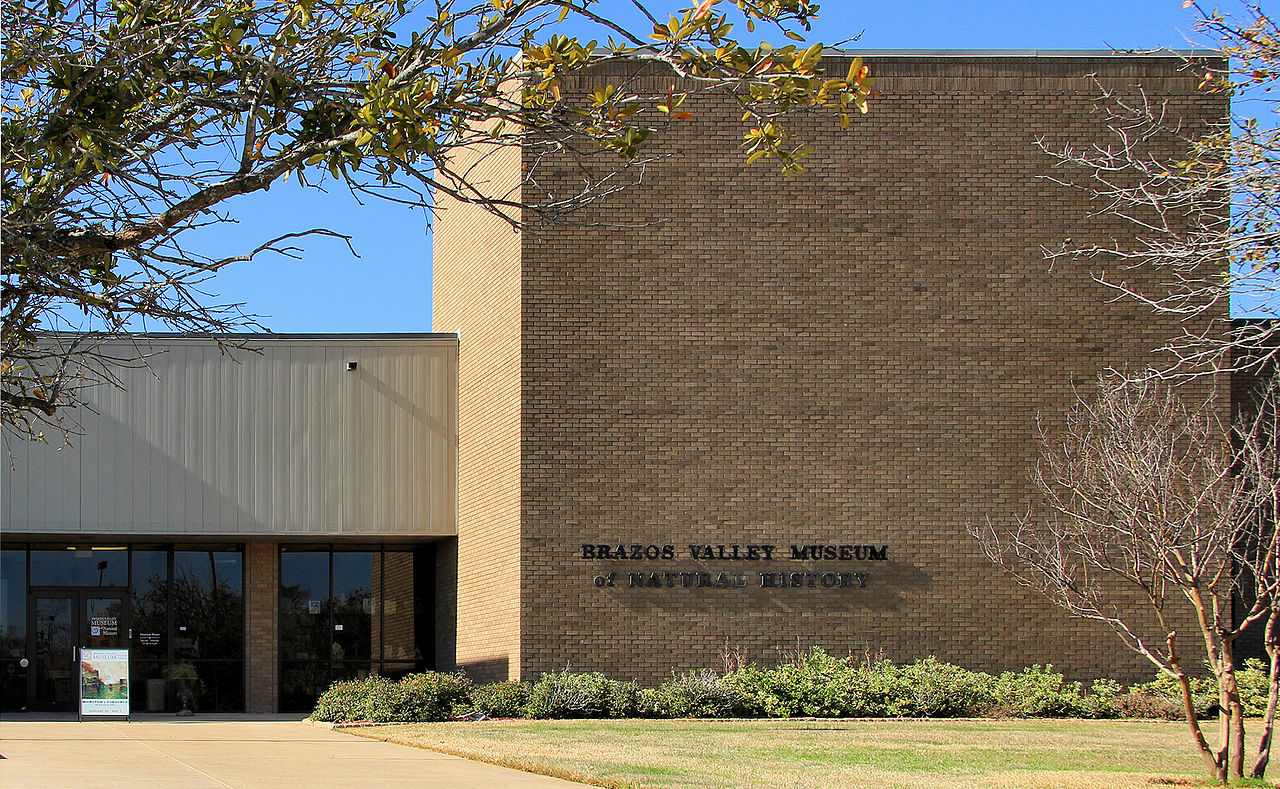 The museum got started when the American Association of University Women established the Junior Museum of Natural History in 1961 to teach science to children in the area. It was located in the Brazos County Courthouse and operated by a joint effort of volunteers and the Department of Biology at Texas A&M University, which donated specimens to the museum. The museum's collection increased significantly in 1970 when it acquired the university's museum collections. The museum moved into the Brazos Center in 1979, which allowed it to expand its exhibitions and educational programs. In 1991, the current museum building was erected next to the Center. Two years later, the museum changed its name to the current one.