Housed in a historic railroad depot on the banks of the Mississippi River, the Louisiana Art & Science Museum offers educational entertainment for visitors of all ages. The art galleries showcase changing fine art exhibitions and selections from the permanent collection. The hands-on, interactive galleries, including Science Station, Discovery Depot, and the Solar System Gallery, are designed and engineered to fit the museum's mission. The Ancient Egypt Gallery houses Greek, Roman, and Egyptian artifacts, along with a Ptolemaic-era mummy that rests in a re-created rock-cut tomb. The Irene W. Pennington Planetarium features sky shows, educational shows, and family shows. The Universe Gallery, right outside of the Planetarium's entrance, features its own art & science-themed exhibits. The Museum Store offers visitors an eclectic selection of unique handcrafted merchandise, books, toys, and a large selection of objects related to the Museum's exhibits.

Bone Remains: Cold Cases in Forensic Anthropology by Mary Manhein. There is a chapter on the LASM mummy. Click the link below to learn more about this book.

Great view of the Neo-Classical Revival architecture of the building. 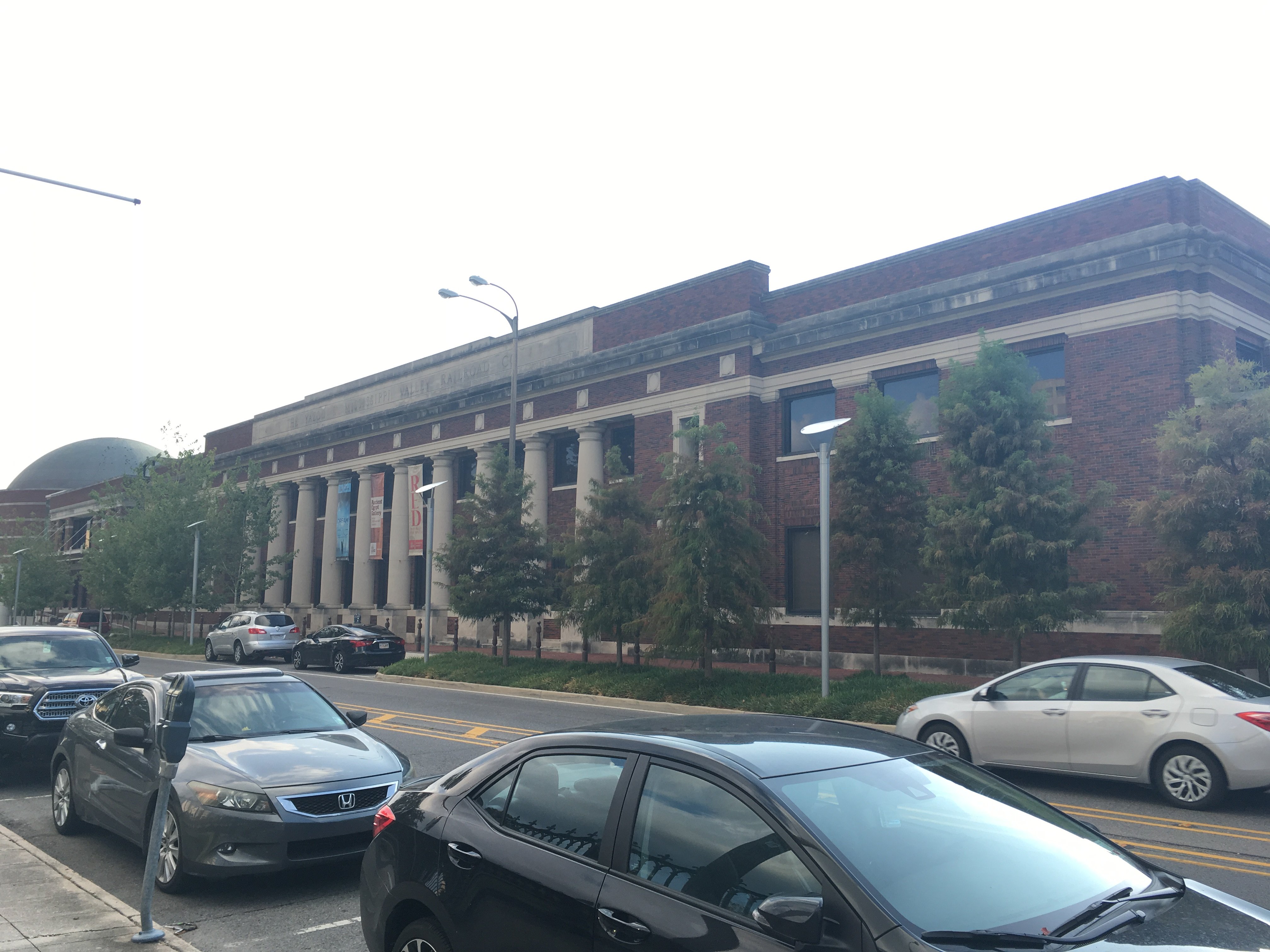 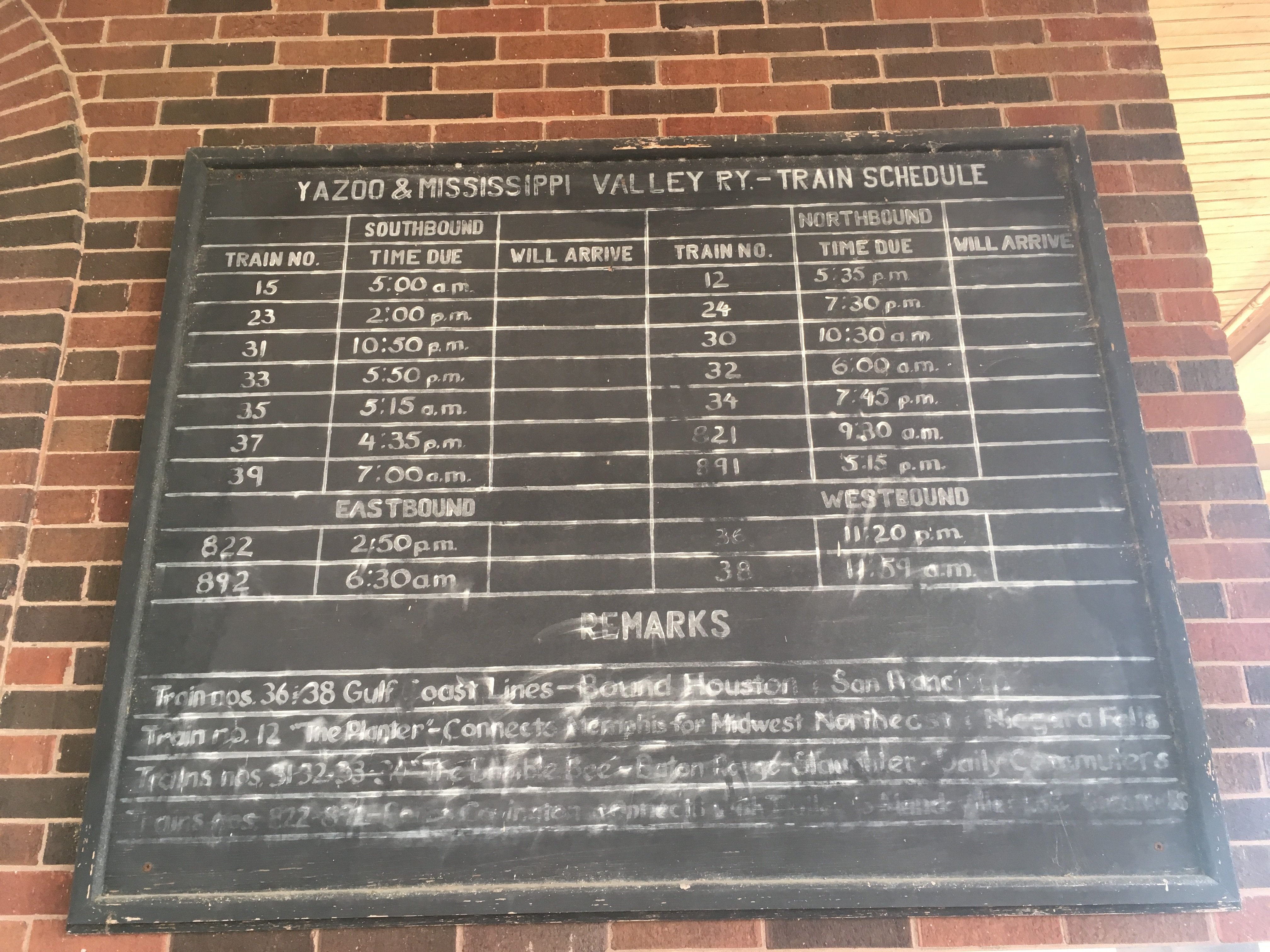 Another view of the architectural style. 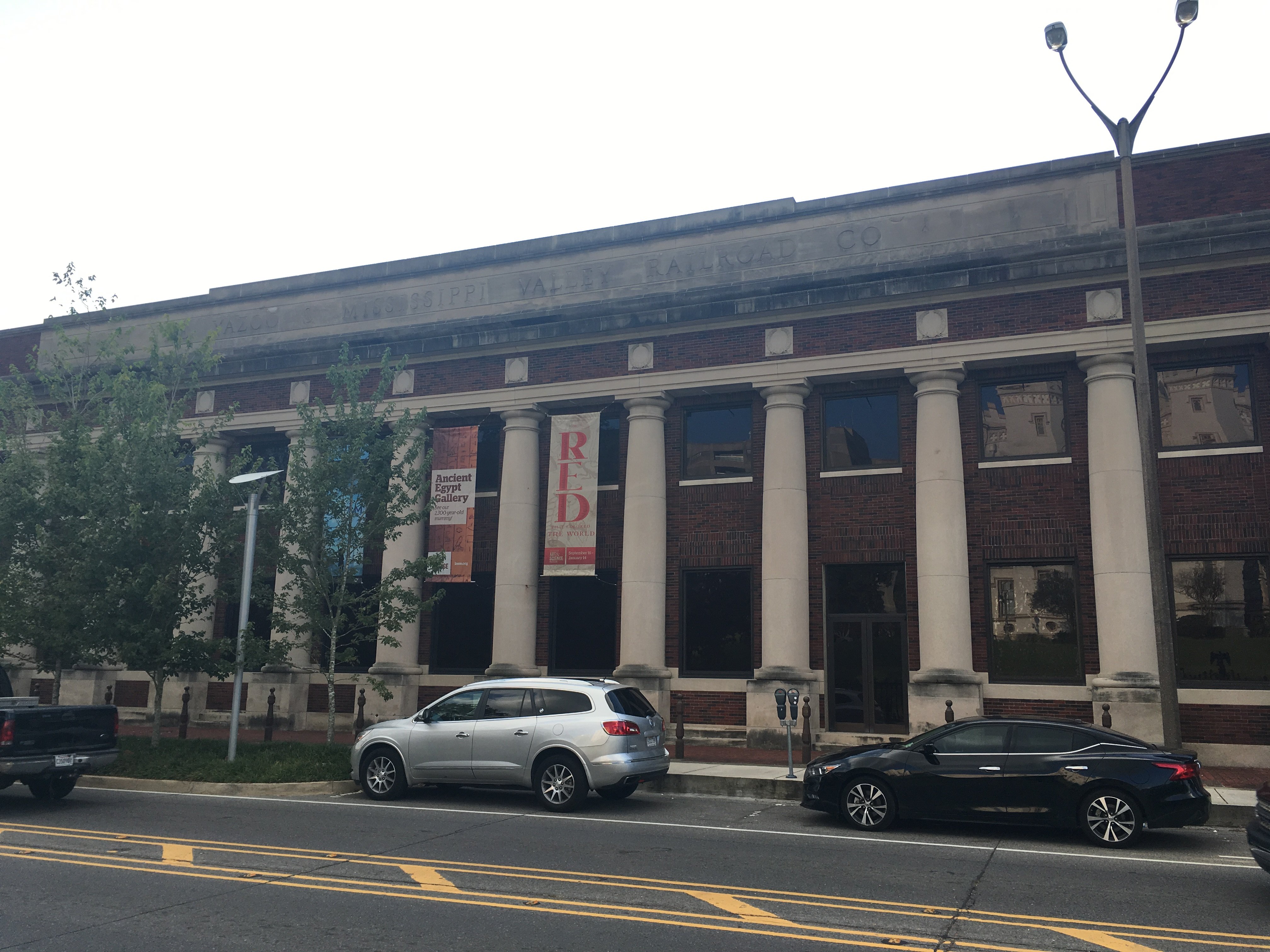 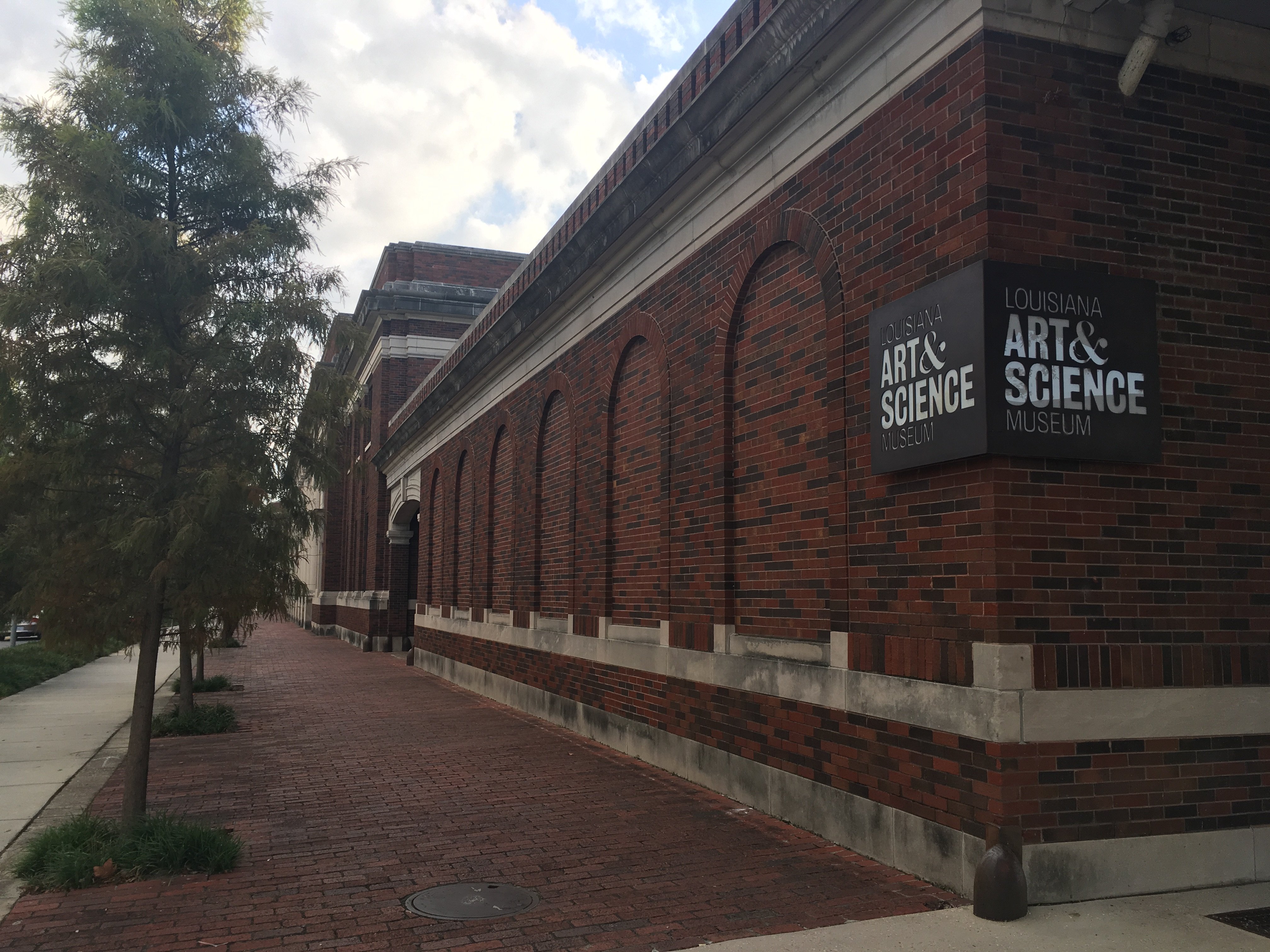 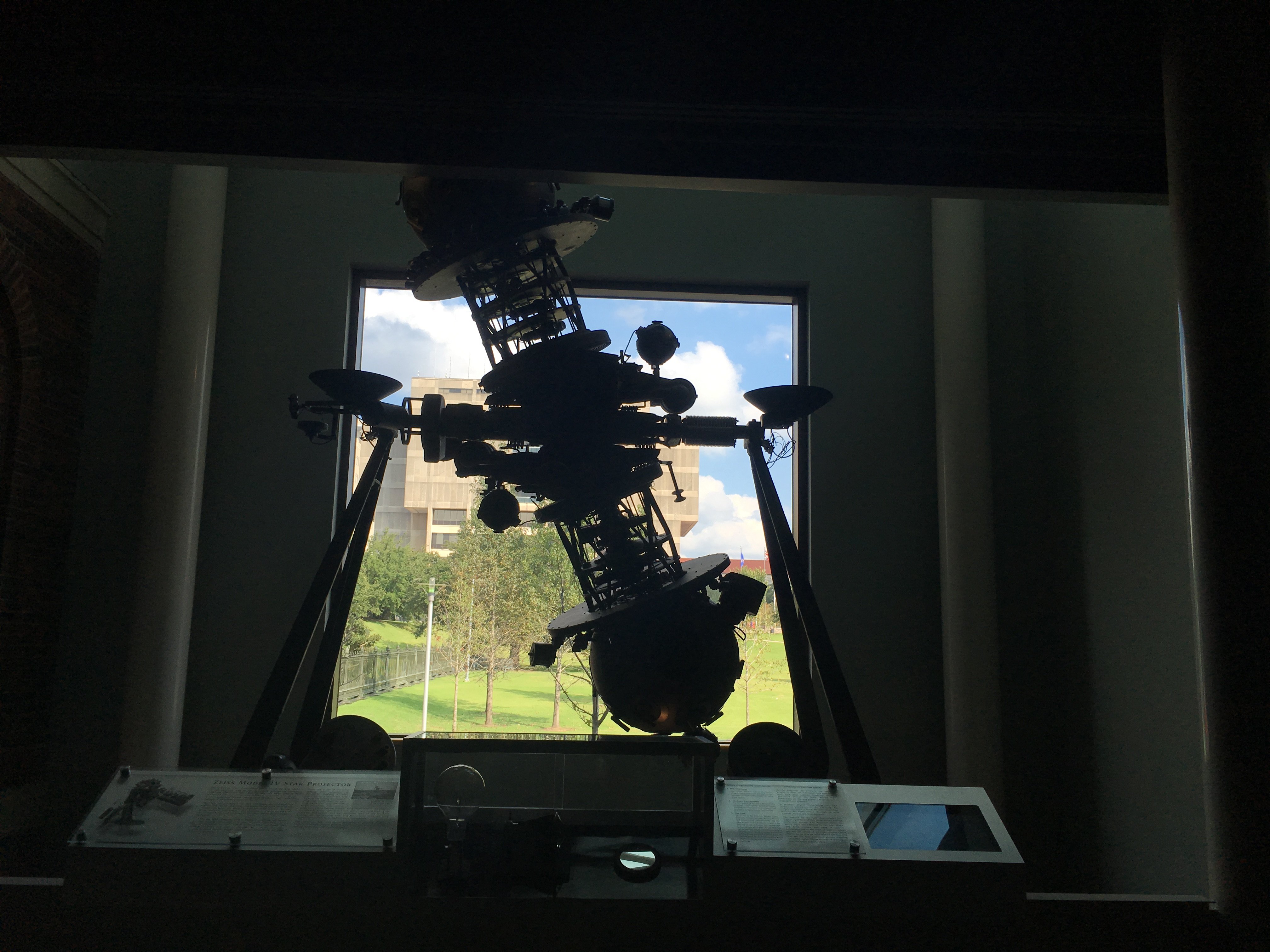 This non-profit organization works to enhance the understanding and appreciation of art and science for residents and visitors to the state of Louisianna. To support this mission, the Museum offers a variety of school and public programs, including classes, interactive theater programs, live planetarium shows, and hands experiences. The museum is accredited by the American Alliance of Museums and offers special programs and events as well as a popular annual fundraising gala.

The exhibitions in the Art Galleries change every 3-5 months and are a mix of staff curated and bought exhibitions. Exhibits in the Main Galleries have included The Red that Colored the World, The Art of Warner Bros. Cartoons, Folding Paper: The Infinite Possibilities of Origami, and A World of Dreams: Landscapes by Tula Telfair. Exhibits in the smaller galleries have included Alyce Simon: Atomic Art, Polymers in Art Through the Centuries, It's Academic: A Hands-On Art Experience, and Selections from the LASM Collection: Egyptian Tapestries.
In the Ancient Egyptian Gallery, the Ptolemaic-era mummy's hair has been preserved in its entirety, an unusual aspect. It is unknown if its red hue is natural or artificial. A CT scan confirmed the LSU FACES Lab's assessment that the Museum's mummy is unique in that it was naturally mummified instead of ritually mummified, thus retaining its internal organs.

The Solar System Gallery houses one of the world's oldest existing Zeiss Star Projectors, weighing 2.5 tons and standing 12 feet high. It was used in the Museum's first planetarium, now demolished, between 1964 and 1985. The projector was featured in the Warner Brother's Studio's landmark film "Rebel Without A Cause" (1955) starring James Dean and Natalie Wood.1

The building that houses the Louisiana Art & Science Musem is listed on the National Register of Historic Places as the Yazoo & Mississippi Railroad Co. Depot. Built in 1925, the Neo-Classical Revival style building was nominated in 1994 due to its significance in architecture and Louisiana's transportation history.2 At the state level, the Yazoo & Mississippi Valley Railroad Co. Depot is a rare railroad resource and an even rarer example of the urban depot phenomenon spanning from 1925 to 1944. The railroad industry in Louisiana reached its apex in track mileage and transportation significance during the early twentieth century. Passenger rail service began to decline during the 1920s and 1930s and severely declined with the rise of interstates and air travel in the latter half of the twentieth century.3 Even though rail transportation was in decline, passenger service at Baton Rouge's Yazoo & Mississippi Railroad Co. Depot continued until 1971. The Art & Science Museum took up residence in the building a few years later, expanding and transforming the space to incorporate the art galleries, science exhibits, and in 2003, a 60-foot domed planetarium theater.

Art and Art Museums
Railroads and Transportation
Science and Technology