In 1928 architect Charles Platt designed the Oliver Wendell Holmes Library to house the burgeoning collection of books accumulated by the academy. The library had outgrown Brechin Hall, which it had inherited from Andover Theological Seminary, and Platt wanted to eliminate Brechin as part of his grand scheme for the central campus. The library's original primary facade presides over the Great Lawn and faces west toward Main Street. Constructed of brick, with stone details and double-hung wood sash windows, the design of the two-story building is consistent with the vocabulary chosen by Platt and Guy Lowell before him to harmonize with the original architecture of Seminary Row. There have been three renovations to the library, most recently in 2018-2019. 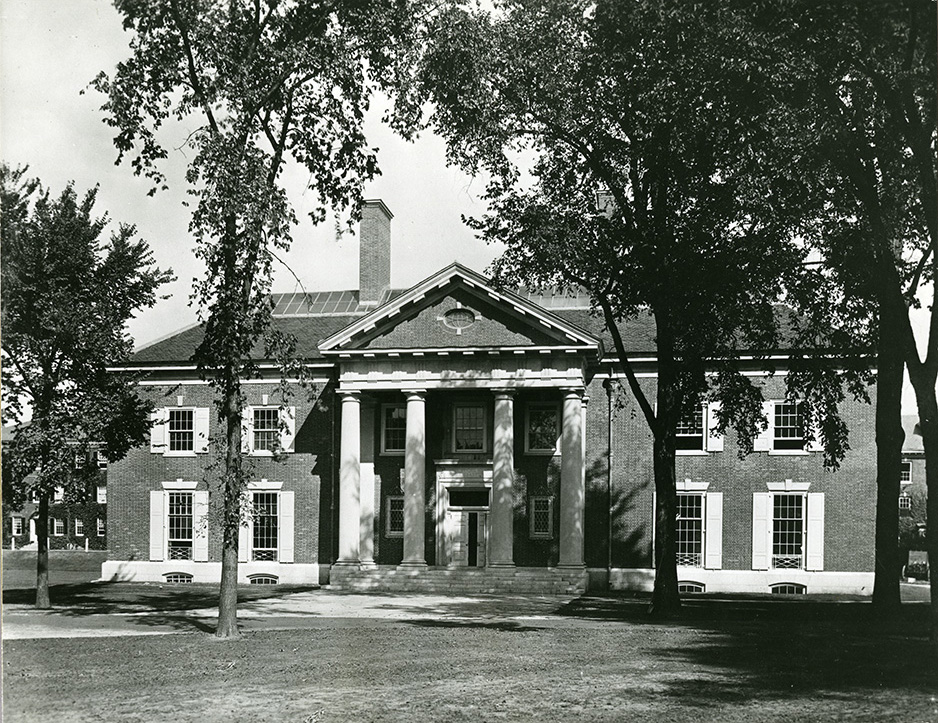 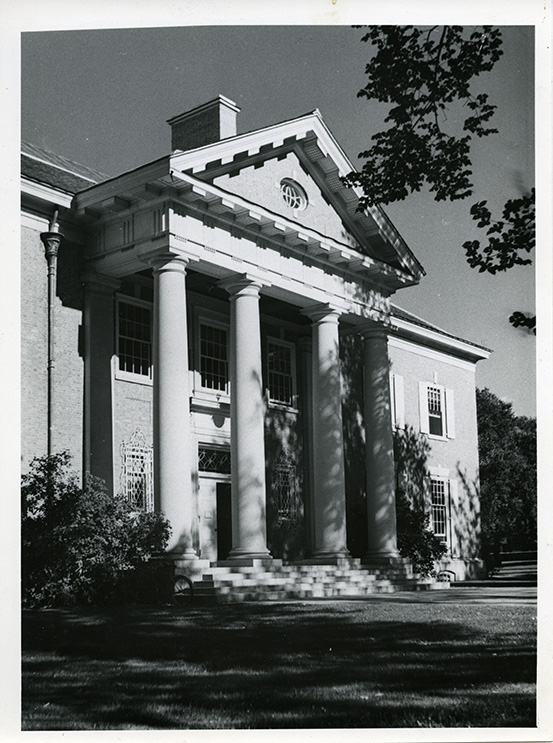 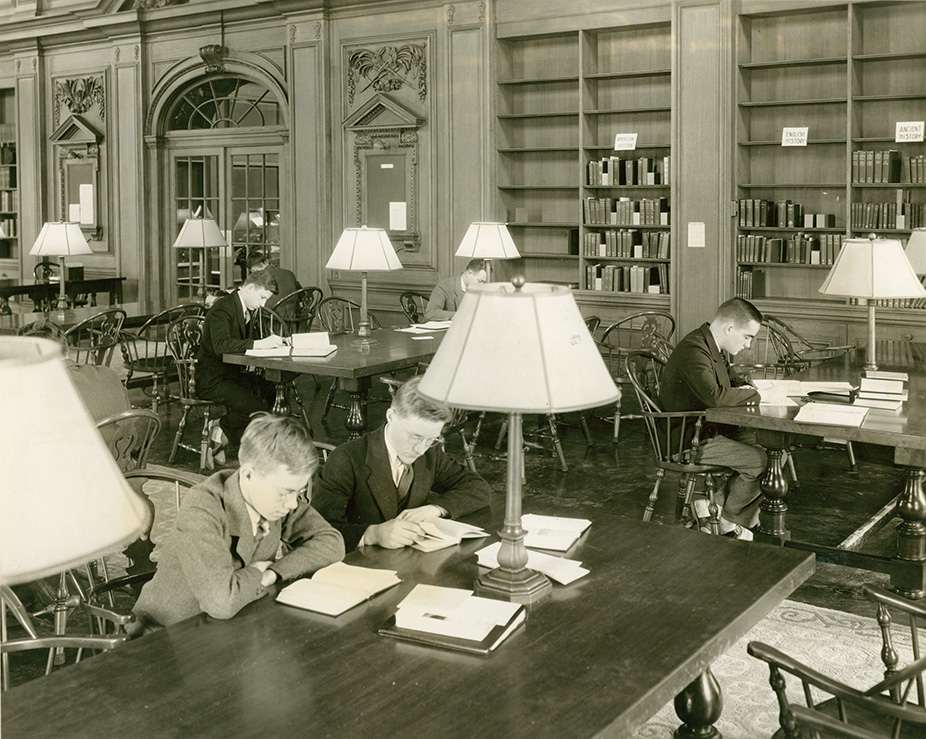 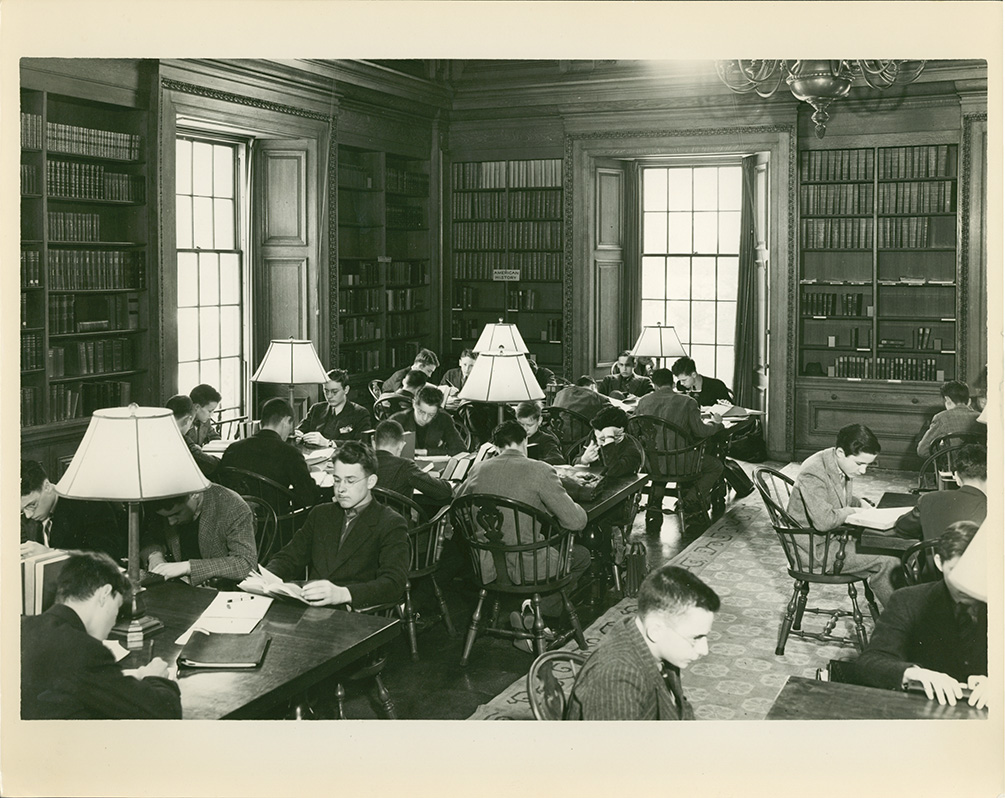 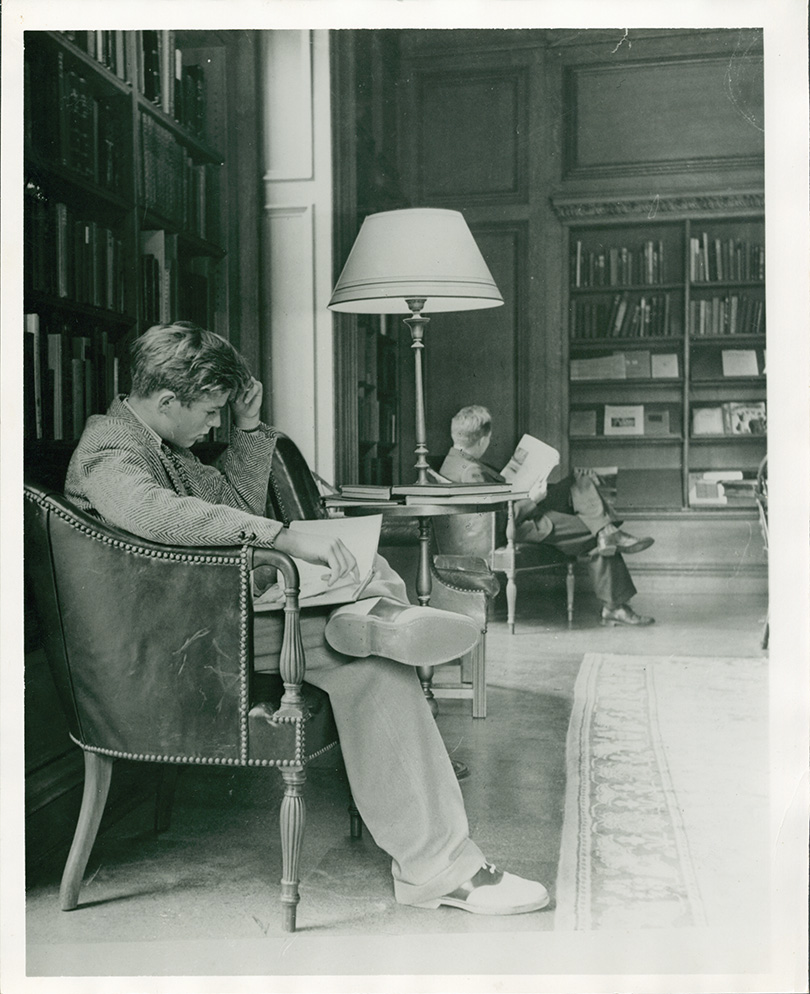 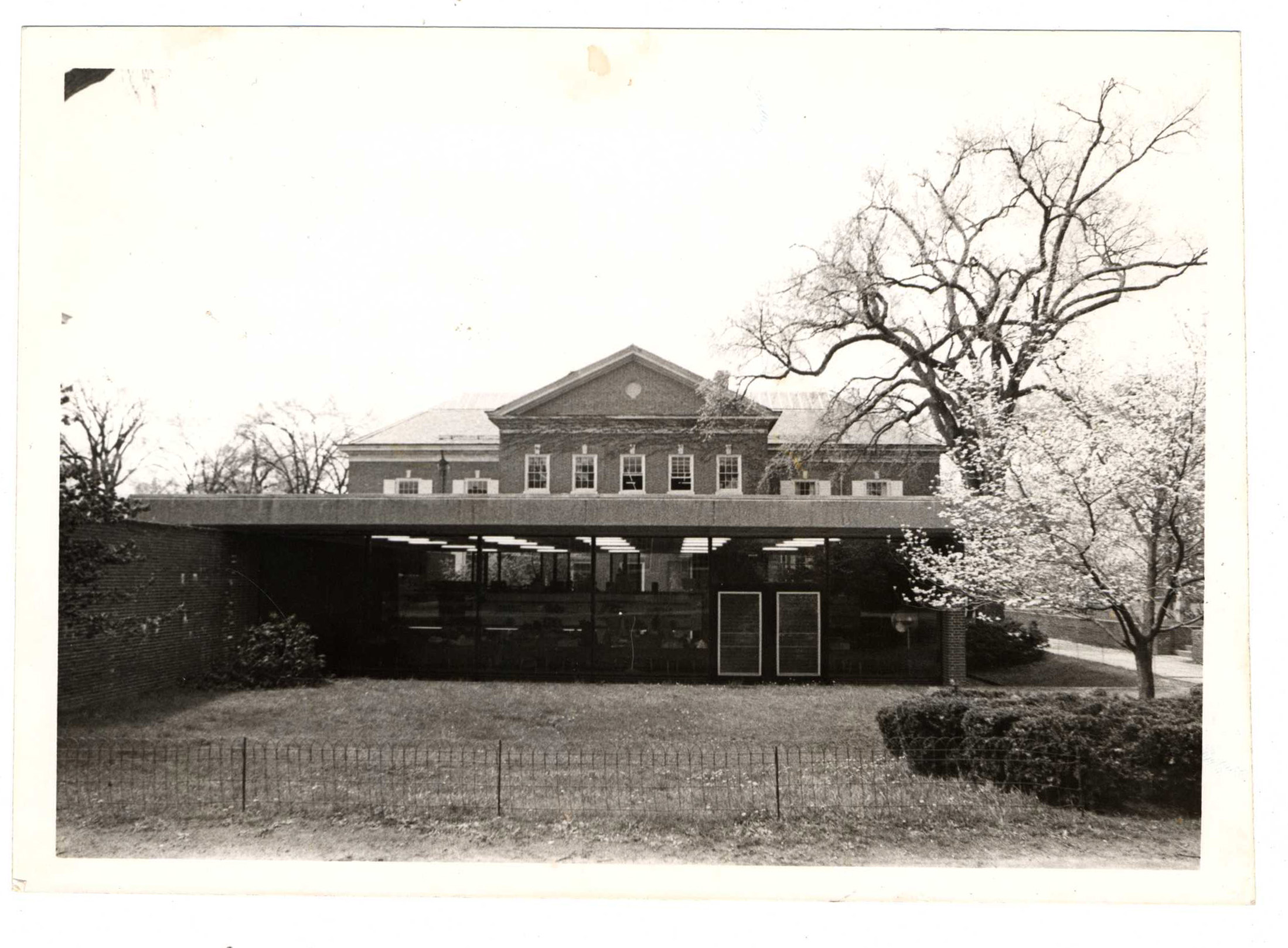 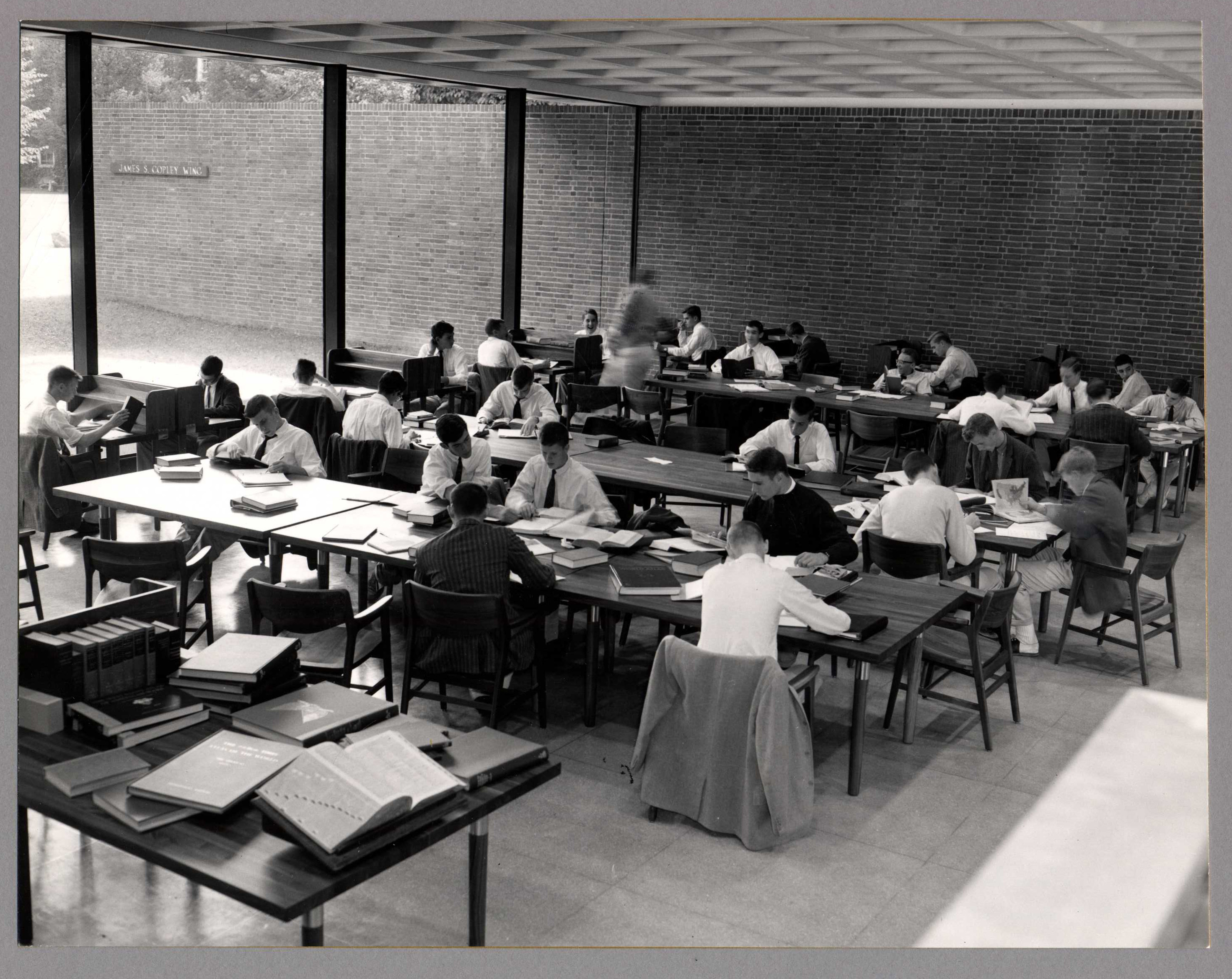 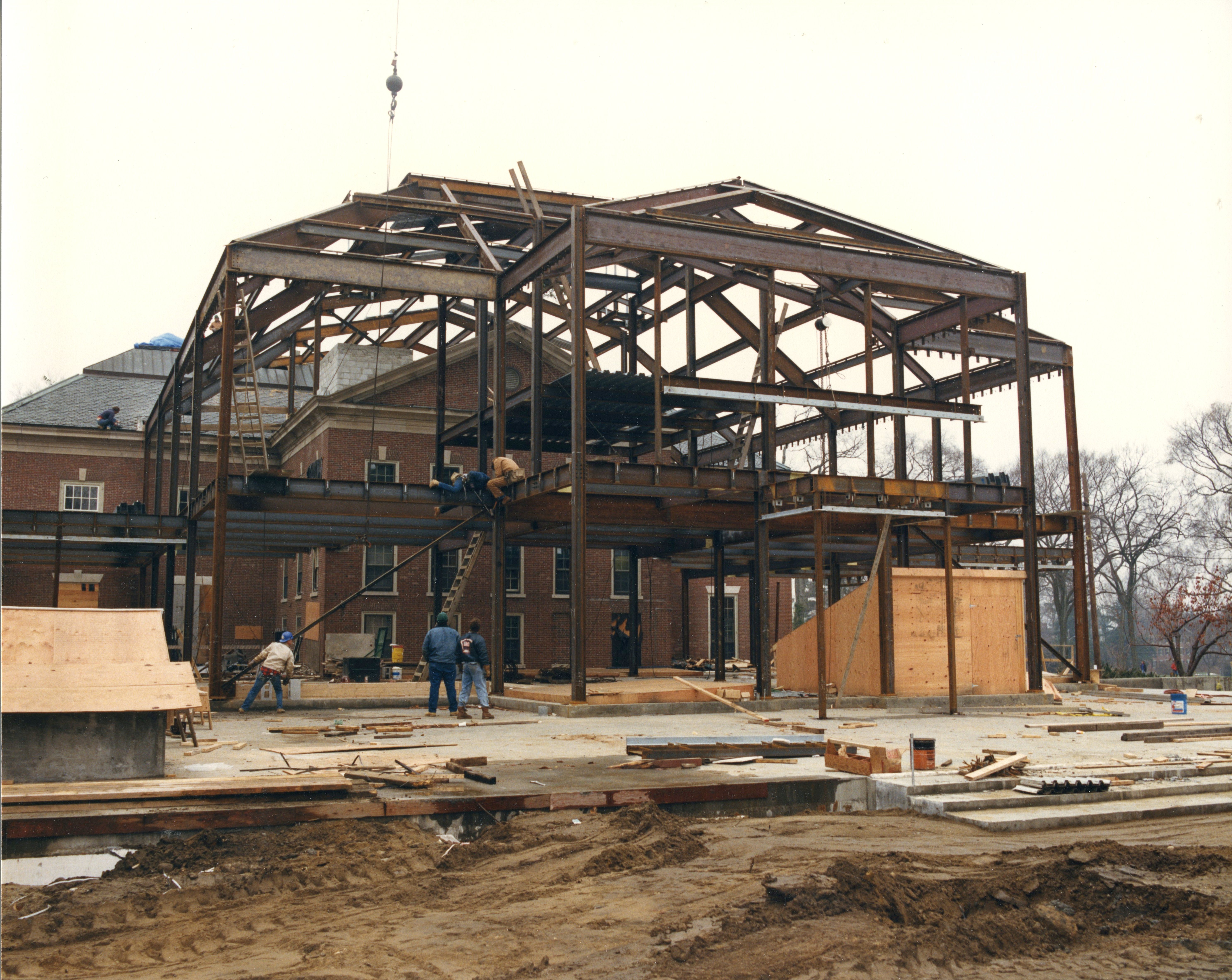 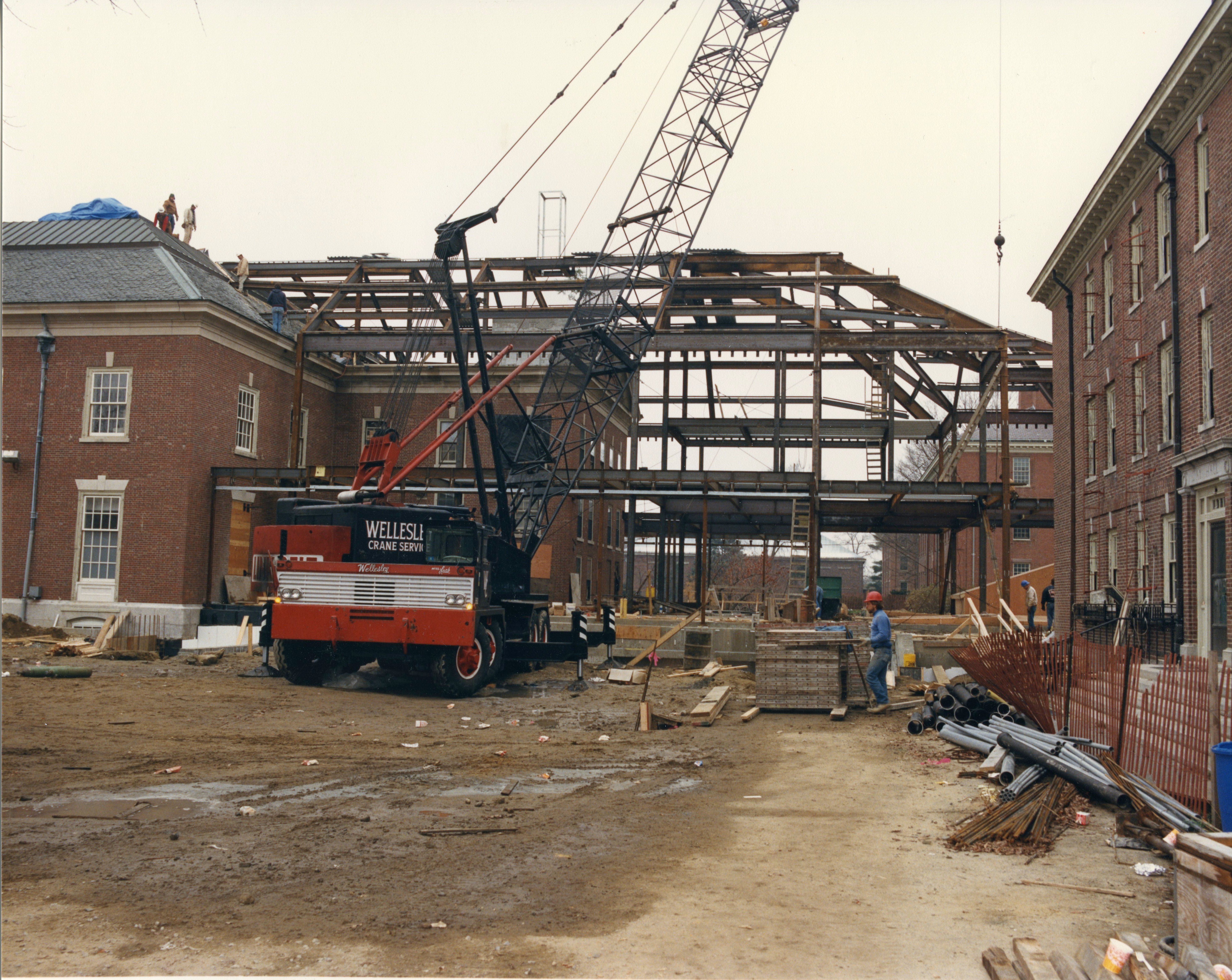 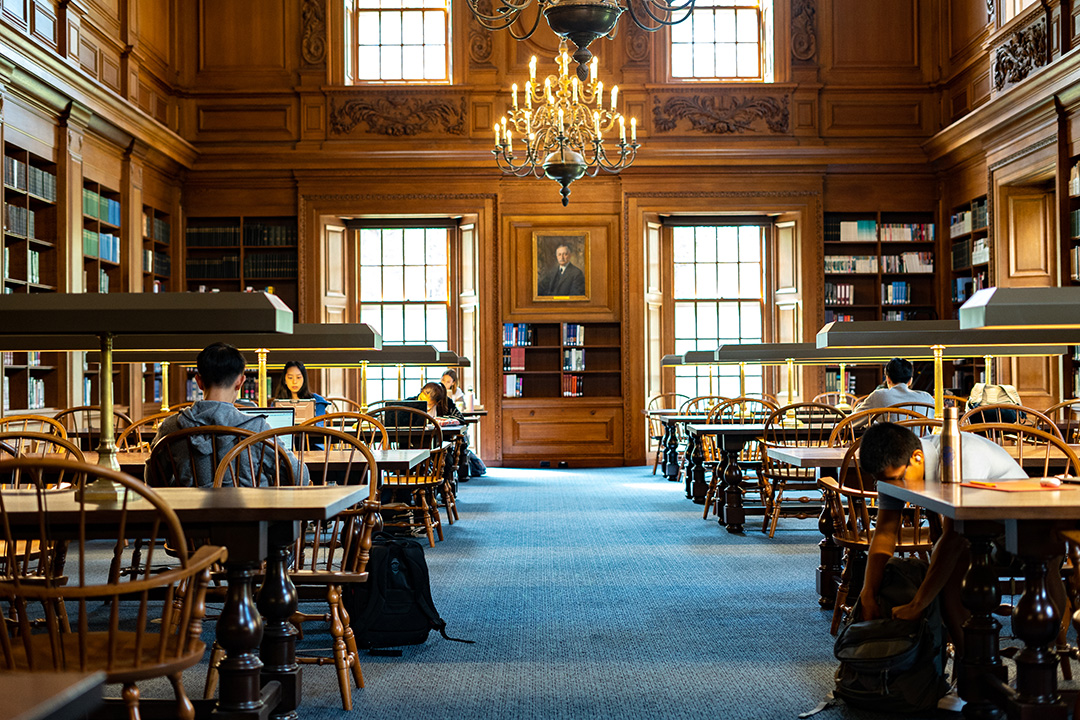 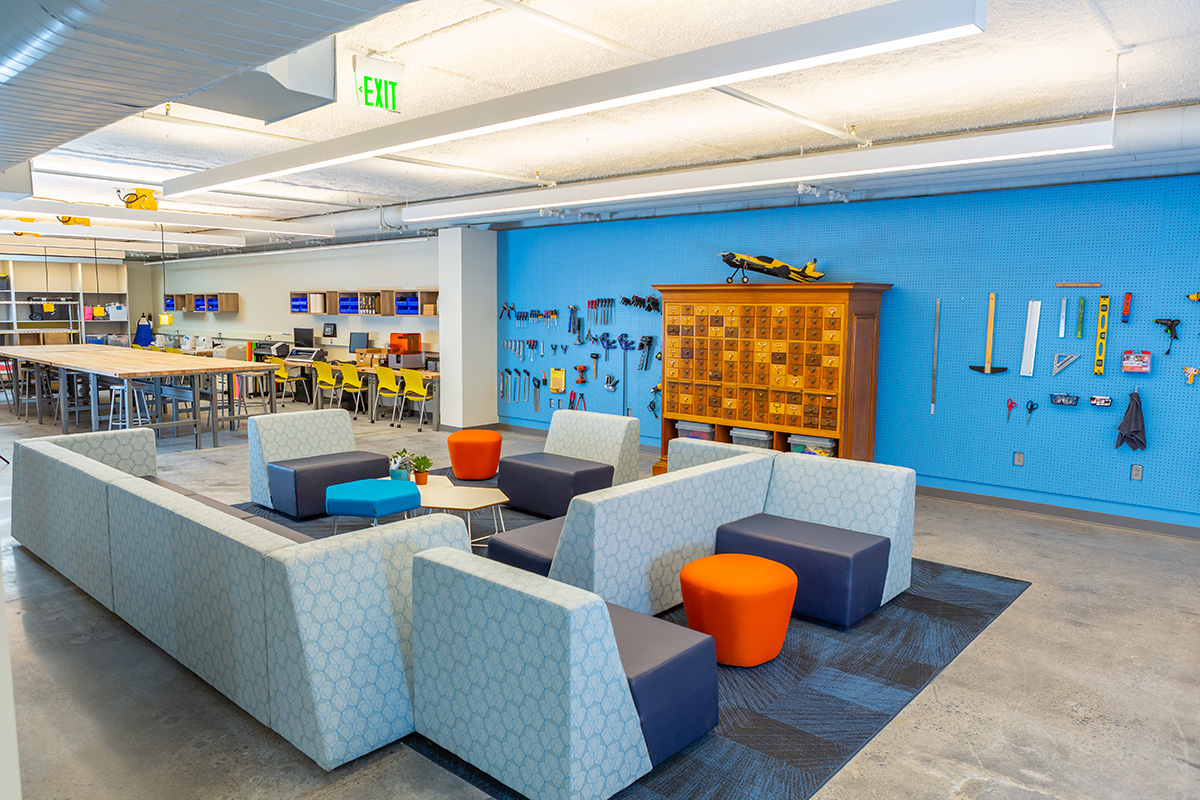 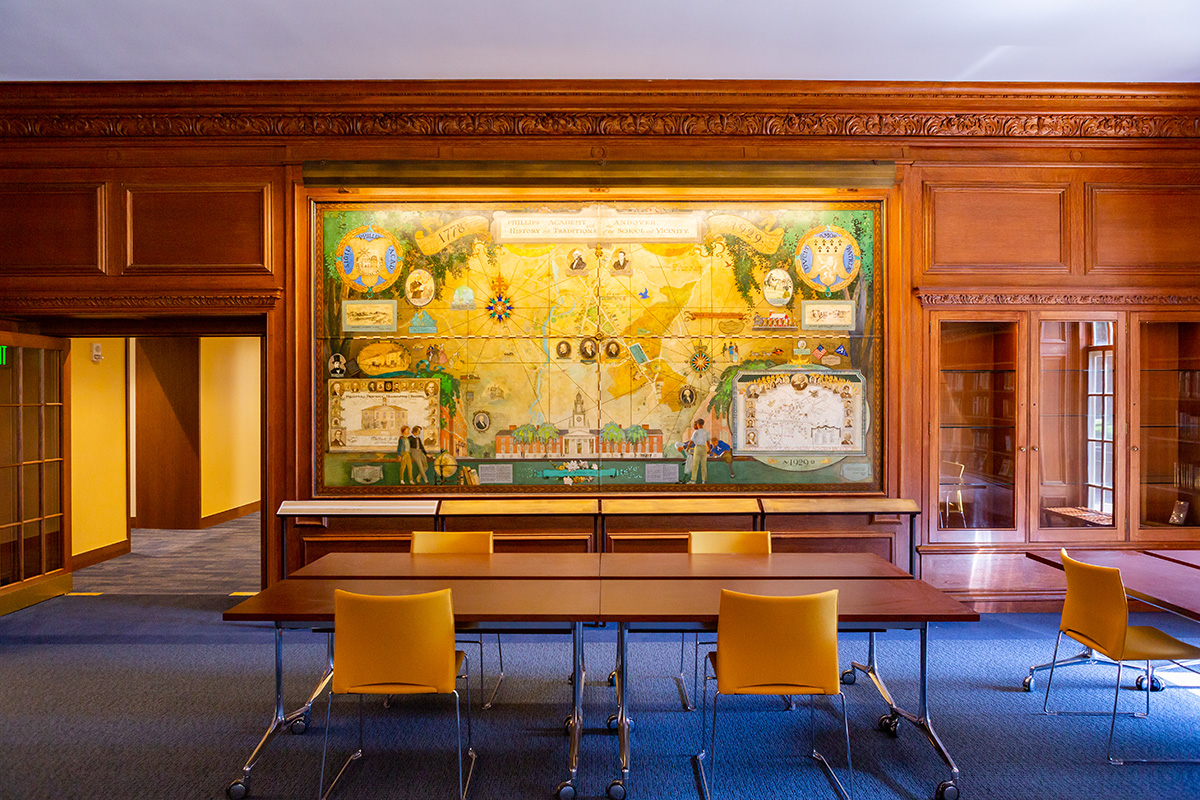 Phillips Academy faced a pivotal moment in the development of its campus when architect Guy Lowell died unexpectedly in 1927. With Lowell's death, Charles Platt assumed the role of the school's architect and was given nearly free rein. The plans drawn up by Olmsted in 1927 and 1929 show the extent to which the campus plan was continually being refined and altered. The Oliver Wendell Holmes Library and Cochran Chapel were to serve as key features of the central campus, anchoring both ends of the Great Lawn and framing Foxcroft, Bartlet, and Samuel Phillips Halls.

Special Collections in the Oliver Wendell Holmes Library holds some of Holmes's memorabilia, correspondence, and books. These include the stereoscope he invented in the 1860s, the original manuscript of “The School-Boy,” a poem that he wrote for and delivered at the Phillips Academy centennial in 1878, and some of the medical books that he owned. Oliver Wendell Holmes Jr. gave this collection to Phillips Academy in 1930.

Two reading rooms and the central hall remain as Platt intended. Georgian-style woodwork lines both the reference study area, the Garver Room, and the less formal Freeman Room. On One wall of the Freeman Room is a mural painted by Stuart Travis depciting the history of Phillips Academy overlaid on a map of Andover as it appeared in 1830. Originally the second floor housed seminar rooms and the book delivery area with access to five levels of book stacks.

In 1959 James Copley, class of 1935, donated funds for a new library wing to house materials for the intensive American history course as part of a comprehensive building campaign called The Andover Program. Designed by Benjamin Thompson of The Architects Collaborative, the Copley Wing was essentially a glass structure attached to the older brick building without disturbing it.

Thirty years later, during the late 1980s, the Copley Wing was entirely replaced with a more ambitious addition designed by Shepley, Bulfinch, Richardson & Abbot. A computer center and expanded administrative offices were integrated into the original library. In 2018-2019 another renovation (designed by Ann Beha Associates, architects, and Consigli Inc, builders) updated heating, ventilation, and air systems, added group study areas, expanded the makerspace, converted the first floor book stack into classrooms, and increased the number of seats for students. Platt's reading rooms remain popular with students and are used on a daily basis. With the primary entrance on the east, however, Platt's elegant front facade is now mostly ceremonial.