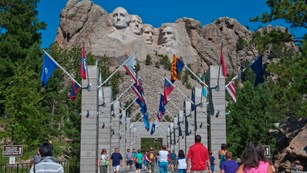 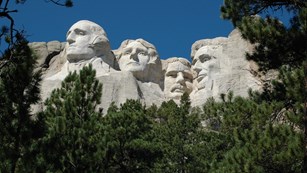 The Presidency is the highest position of political power in the United States government. While foreign and domestic politics are constantly changing, so is the role of the President. The position of the President is defined as “the chief officer of an organization (such as a corporation or institution) usually entrusted with the direction and administration of its policies” (The Merriam-Webster Dictionary, 2019). While that is one of the many academic definitions of the term president, the presidency is so much more than a definition lasting two lines. The role of the President as it is known today is to be the Commander in Chief, the moderator for the countries foreign and domestic affairs and the face of the United States of America. Throughout history there have been some very notably good President’s and some notably bad ones.

The four faces of President’s which are engraved in the granite on the side of the Black Hills of South Dakota are examples of President’s who had notably good term(s) as President of the United States. The four President’s faces which make up Mount Rushmore include George Washington, Thomas Jefferson, Theodore Roosevelt and Abraham Lincoln. Sculptor Gutzon Borglum chose these four President’s with a purpose. Borglum’s purpose which not many will dispute represents the countries birth, growth, development, and preservation, respectively. There is a great deal of historical and political representation behind Mount Rushmore. In addition, the sculptures were also made with the additional purpose of promoting tourism in the region.

Mount Rushmore as a Place

The Mount Rushmore National Memorial is a historical memorial site as well as a National Park. Mount Rushmore is located in Pennington County, South Dakota. Mount Rushmore welcomes roughly 2,431,231 visitors a year (U.S. National Park Service, n.d.). The National Park offers guided tours, self guided tours as well seasonal passes. Additional information is located on Mount Rushmore’s website which offers trip planning information, sporadic special event information and an annual Independence Day event. The National Memorial also offers a ranger program (talks scattered around the park by experts), a history and culture section and educational opportunities (for younger children) along the tour. Many of Mount Rushmore’s features are free after paying a small entrance fee which is an added bonus. The smaller stops along the tour are supplementary attractions which help promote the primary attraction of the sculpted faces of Washington, Jefferson, Roosevelt and Lincoln. The sculpture was originally supposed to be from the head to the waist, but funding for the project ran out and Borglum had to settle for just the faces.

Mount Rushmore as it Relates to the Presidency

As previously mentioned President’s Washington, Jefferson, Roosevelt and Lincoln were chosen because of their significance to the countries birth, growth, development, and preservation. Furthermore, each of these four President’s had notable accomplishments during their presidency. The accomplishments that will be discussed are all very important to each individual President. The President’s engraved in Mount Rushmore have sixty eight year time gap so it is expected to believe that the role of the President changed over that time. In addition to the role of the President changing over this sixty eight year gap, so was the United States and society as a whole during these sixty eight years.

George Washington’s Presidency signifies the birth of the country. Washington was an American political leader, military general, statesman, and Founding Father who served as the countries first President. Washington’s term as President lasted from 1789 to 1797. Being that Washington was the first President of the United States, there was no precedent for how long the term limits would be. Given Washington’s overwhelming popularity among the American people, he could have stayed in office and created a dictatorship. Washington gave up the power however which says a tremendous amount about his character as a person as well as his ego. Washington was also a crucial part in the adoption and ratification of the United States Constitution (Biography.com, 2019).

Thomas Jefferson’s Presidency signifies the growth of the country. Jefferson served as the countries third President from 1801 to 1809. Jefferson was an American statesman, diplomat, lawyer, architect, philosopher, and Founding Father. Before taking his crack at President, Jefferson served as the countries Vice President from 1797 to 1801 under John Adams. Among the many things Jefferson is known for, writing the Declaration of Independence is high on that long list. The Declaration of Independence proved to be a major stepping stone for the Unites States. Jefferson is also associated with growth for his role in doubling the size of the United States through his efforts associated with the Louisiana Purchase (Biography.com, 2019).

Abraham Lincoln’s Presidency signifies the preservation of the country. Lincoln served as the countries sixteenth President of the country. Lincoln was an American statesman and lawyer. Lincoln’s biggest accomplishment during his presidency was for his role in saving the Union and emancipating the slaves. Before Lincoln could completely reunify the country, he was assassinated. One of the most famous historical quotes of all time comes from Lincoln, “A house divided against itself can not stand.” This quote is one of the many reasons that President Lincoln is associated with the preservation of the United States (Biography.com, 2019).

Theodore Roosevelt’s Presidency signifies the development of the country. Roosevelt served as the countries twenty sixth President from 1901 to 1909. In addition, he was an American statesman, politician, conservationist, naturalist, and writer. Roosevelt assumed the role of President after William McKinley was assassinated in 1901. Roosevelt is often remembered for his anti-monopoly policies and ecological conservationism. Furthermore, Roosevelt had a large part in ending the Russo-Japanese War. As a result of these efforts, Roosevelt was awarded the Nobel Peace Prize (Biography.com, 2019).

Mount Rushmore serves as a great tribute to the political careers these four President’s had. The engraved granite portrays the faces of President’s Washington, Jefferson, Roosevelt and Lincoln. Their presence signifies the birth, growth, development, and preservation of the United States of America. The task of serving as President of the United States is arguably one of the hardest jobs available. The honor shown to President Washington, Jefferson, Roosevelt and Lincoln through the carvings at Mount Rushmore speaks to their leadership, commitment and pride in the United States of America.