The Beverly Theater, pictured in 1963 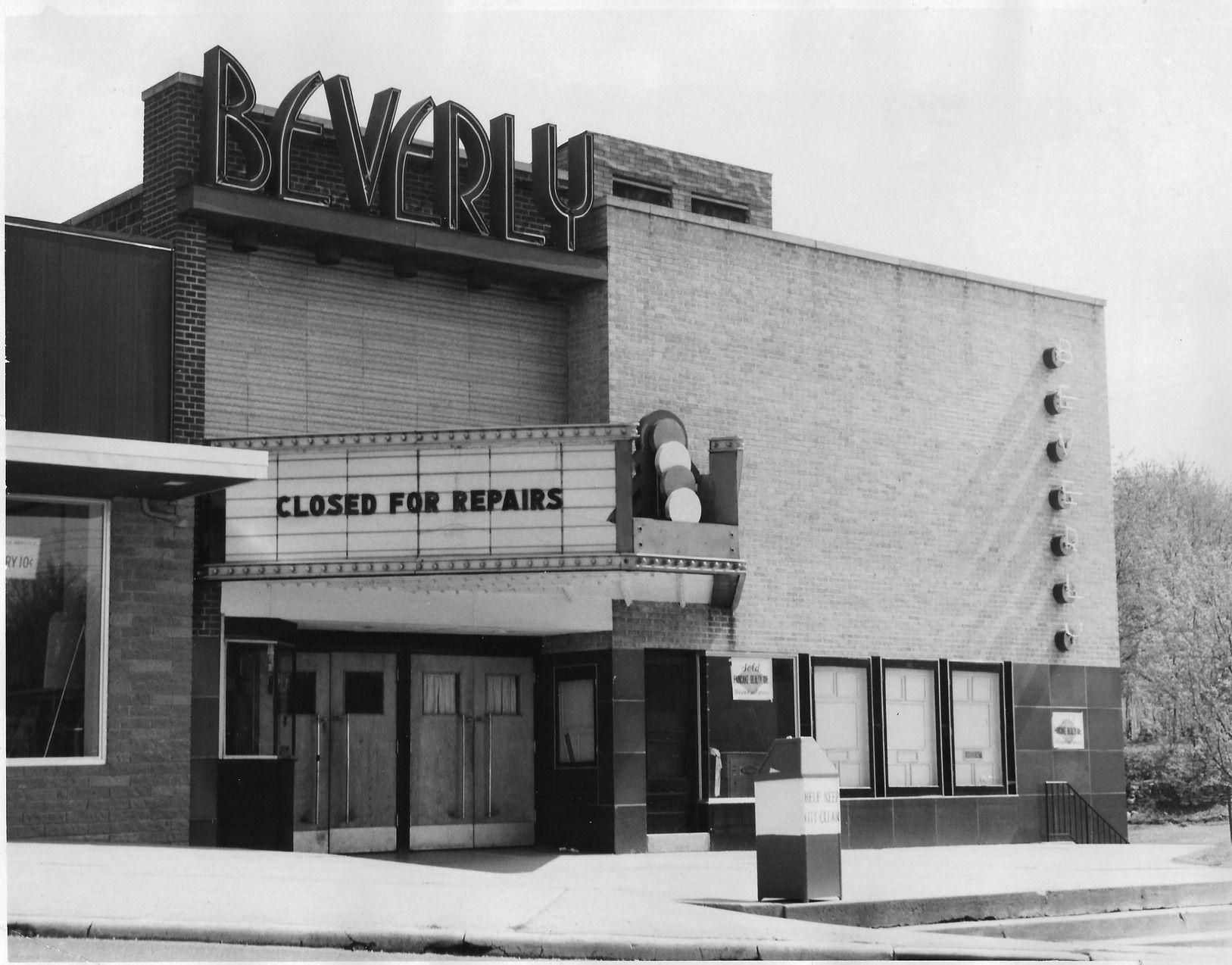 The Beverly shortly after it closed, circa 1970 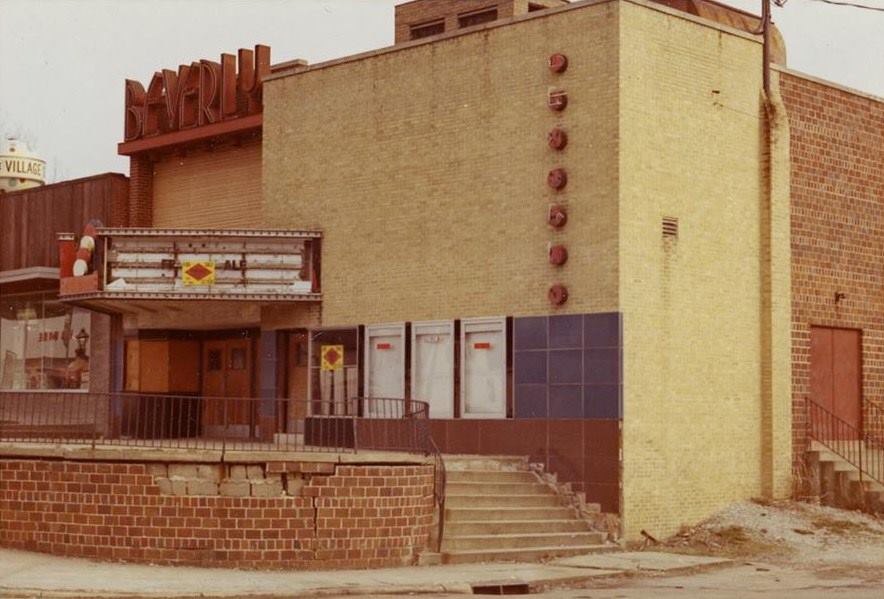 The Beverly, circa 1950s, with Evans Supermarket on its left 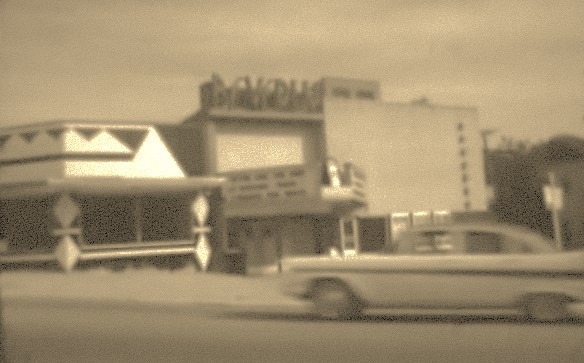 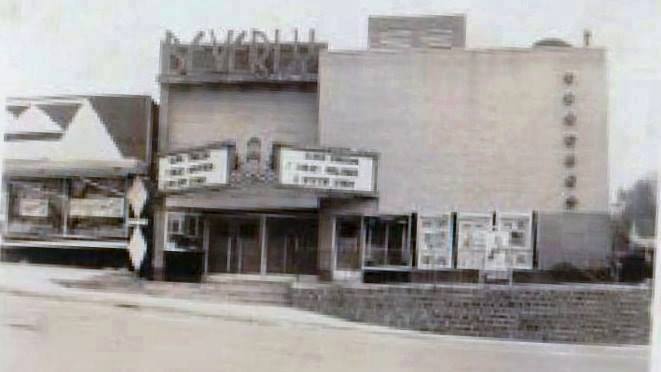 A carpet store that once occupied the former theater 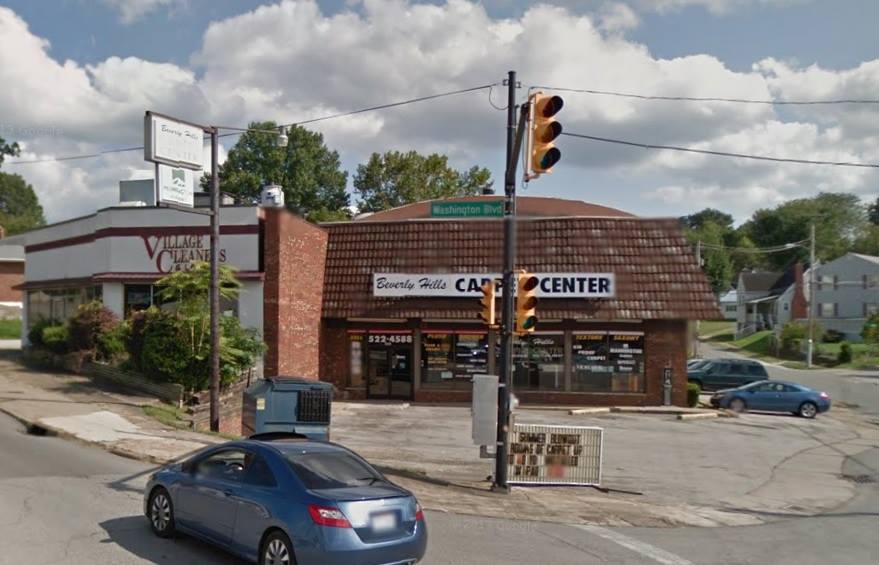 With the opening of the Beverly Theater, the neighborhood had its own movie house where residents could easily walk for an afternoon, evening, or full day of entertainment. The small theater had one screen and space for about four hundred audience members. As was the case for most neighborhood theaters, the Beverly Theater showed movies that had been screened weeks or even months earlier at the larger theaters in downtown Huntington like the Palace or the Orpheum. Second-run theaters like the Beverly were charged less by studios to show movies that were being re-released, which enabled them to offer cheaper ticket prices and attractive deals like 35 cent double-features on weekends. In the days before each family had their own television, theaters like the Beverly were especially appealing to the neighborhood’s children, as they offered kids discounted ticket prices to watch all the cartoons and movies that they wanted.

With the convenience of its location and its low prices, the Beverly quickly became a popular landmark in its community. In 1963, the owner of the Beverly, James W. Rodgers, sold the theater to Walter P. Dils and C.L. Urling. The two businessmen, based in South Charleston, already owned multiple theaters throughout the state. With locations in Charleston, South Charleston, Nitro, Richwood, Logan and Rainelle, the purchase of the Beverly Theater added Huntington to Dils and Urling’s collection of movie houses. Notably, according to a Herald-Dispatch article about the old theater, the two men considered the Beverly Theater “one of the best-equipped theaters around.”

Although it was a beloved feature of the neighborhood for many years, attendance at the Beverly Theater, like that at second-run theaters across the country, steadily declined with the rise of television as an alternative source of entertainment. The Beverly Theater closed its doors in 1969, only five years after it changed ownership. In 1971, the former theater was sold and extensively remodeled to become a grocery store. Since then, various businesses have occupied the building over the years, including a convenience store, laundromat, and a carpeting store. The structure still stands today, although the iconic marquee was removed long ago and the exterior has been altered almost beyond recognition. As of 2019, the building houses Tristate Taekwondo, a martial arts school.