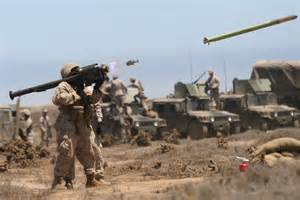 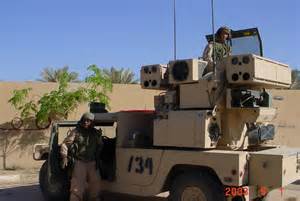 The ADA branch of the US Army specializes in anti-aircraft weapons.  The ADA branch is broken up into three groups that serve different missions.  Short Range Air Defense (SHORAD) serves the ADA mission as defense against low-altitude air threats, primarily helicopters and low flying close air support aircraft.  HIgh to Medium Air Defense (HIMAD) serves as the mission by operating in tactics that have to do with defense against high to medium altitude air threats, primarily aircraft and missiles. Terminal High Altitude Area Defense (THAAD), is the portion of ADA that serves as the United States Army anti-ballistic missile system designed to shoot down short, medium, and intermediate ballistic missiles.

The types of weapons and systems the groups are trained in are specific the area of ADA the unit focuses on.  ADA units are trained in weapons system such as the Patriot Missile System, Terminal High Altitude Area Defense (THAAD), and the Avenger Air Defense system or Stinger Manpad, and the C-Ram system.

The Air Defense Artillery branch descended from Anti-Aircraft Artillery (part of the U.S. Army Coast Artillery Corps) into a separate branch on 20 June 1968. On 1 December 1968, the ADA branch was authorized to wear modified Artillery insignia, crossed field guns with missile.

The Air Defense Artillery (ADA) Museum's mission is to preserve the history and heritage of the U.S. Army and the Air Defense Artillery branch and its origins with the Coast Artillery Corps from 1907 to the present. The museum does this through research, interpretation and public display of historically significant artifacts and properties and maintains them as an accessible resource for the professional education of ADA branch students, Soldiers and Leaders, scholars and the general public.