The Parker Cleaveland House was built in 1806 for the “American Father of Mineralogy,” Parker Cleaveland. Cleaveland did not receive formal education in geology or mineralogy, but he wrote a multi-volume work on the subjects in 1816 that became the standard text in college classrooms for decades. He also taught at the nearby Bowdoin College and lived in this home until his death in 1858. The house was later purchased by Cleaveland’s brother-in-law and serves as the home to the president of Bowdoin College. The home was designated a National Historic Landmark in 2000.

Built in 1806, the Parker Cleaveland House is now owned by Bowdoin College. 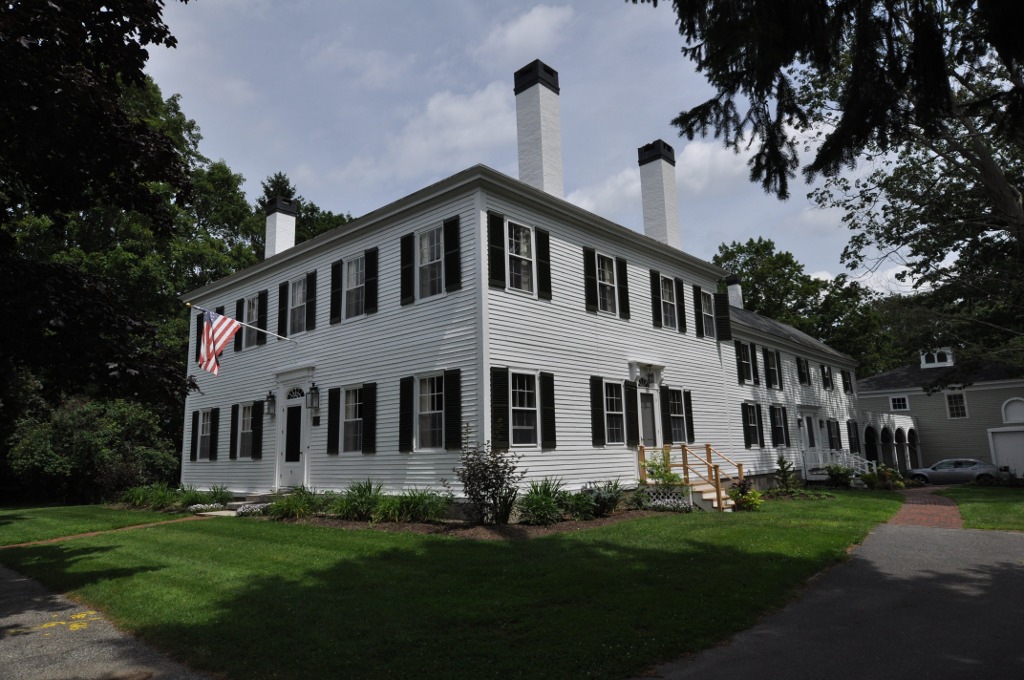 Parker Cleaveland taught at Bowdoin College for over 50 years despite getting better offers from various Ivy League schools. 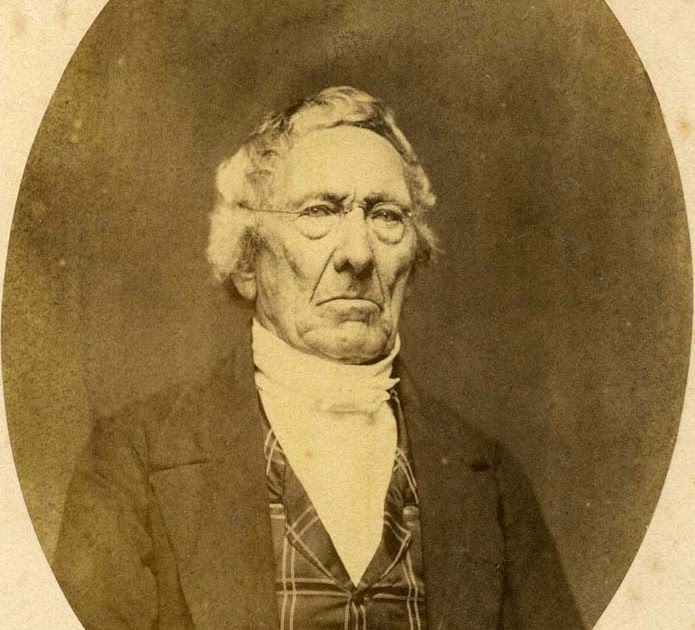 Cleaveland's study has been preserved within the house. 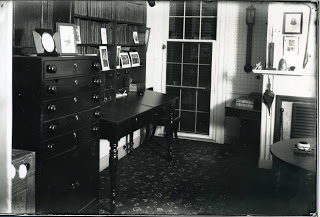 Cleaveland is interred in the nearby Pine Grove Cemetery. 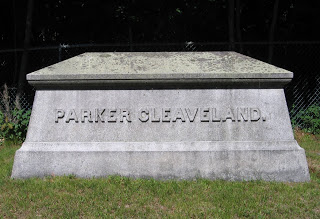 A page from Cleaveland's "Elementary Treatise on Mineralogy and Geology." 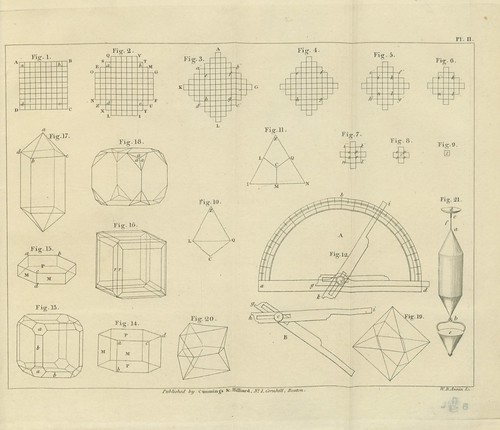 Parker Cleaveland was born in 1780 in Byfield, Massachusetts and was distantly related to both Moses Cleaveland and President Grover Cleveland. He attended the prestigious Drummer Academy as well as Harvard College and graduated in 1799. He then taught for a while and considered careers in law and the ministry. However, he accepted a position as a tutor in natural philosophy and mathematics at Harvard in 1803. Two years later, he was offered a professorship teaching the same subjects at Bowdoin College and accepted.

After arriving in Brunswick, he contacted master builder, Samuel Melcher III to build a home for him and his new wife, Martha Bush. Melcher designed and built a two-story wood frame house with hip roof and granite foundation. Melcher included a rear ell that was connected to a carriage house. The ell was replaced in the 1950s or 60s. The interior is divided into quadrants around a central hall and its rooms are large with high ceilings. The home, at $3,200, cost a bit more than Cleaveland could afford and he convinced the college to purchase the house and lease it back to him in 1813. By 1824, the college permitted Cleaveland to live in the home rent free.

Cleaveland came to be an expert on mineralogy in a coincidental manner. In 1807, some local construction workers, believing they had unearthed something valuable, came to Cleaveland with their discoveries. Cleaveland then struggled to identify the minerals (quartz crystals and pyrite cubes) due to a lack of educational sources. At the time, very little research had been conducted or published on North American minerals. Cleaveland then turned to a colleague at Harvard for assistance, a Dr. Dexter, who sent him labeled samples and thus began Cleaveland’s extended love affair with minerals and rocks.

He immediately collected all the scholarly works on mineralogy he could locate and began collecting local specimens (greenstone, serpentine, hornblende and feldspar among others) to identify and classify. Then, in 1816 he published the seminal work on American mineralogy, Elementary Treatise on Mineralogy and Geology. In it, he included detailed descriptions and sketches of numerous North American minerals and rocks as well as a detailed classification system. He produced a second edition in 1822 and his Treatise became the standard in classrooms across the country and throughout the English-speaking world. Aside from teaching at Bowdoin for over 50 years, Cleaveland also taught at the Maine Medical School and served as the secretary of the medical faculty. He was appointed a regent of the Smithsonian Institute by a former student, President Franklin Pierce. He passed away in his home while preparing to teach his classes in 1858. He has been honored with a species of feldspar, Cleavelandite, and a room in Mammoth Cave named in his honor as well as a poem by Henry Wadsworth Longfellow.

After Cleaveland’s death, the house was sold to his son-in-law, a prominent Boston attorney, Bowdoin alumnus and trustee named Peleg Chandler who used it as a summer home. The building remained in the Chandler family for almost a century, until 1951. The home was reacquired by the college in 1952 and is now home to the president of the college.