Designed as the centerpiece of the new central campus, Samuel Phillips Hall is a good example of colonial revival style as interpreted by architect Guy Lowell. Grand in size and detail, the building dominates the Greener Quadrangle. The tower, cupola, and weathervane rise to 117 feet, an imposing height even from the vantage point of Main Street. A clock with a face of Andover blue and with gold figures and hands is on the front of the tower. The building itself is constructed of granite and brick 250 feet long, 33 feet deep with north and south wings 31 feet wide and 37 feet deep. The building currently houses the History & Social Science and World Languages departments. Sam Phil is the largest classroom building at Andover. 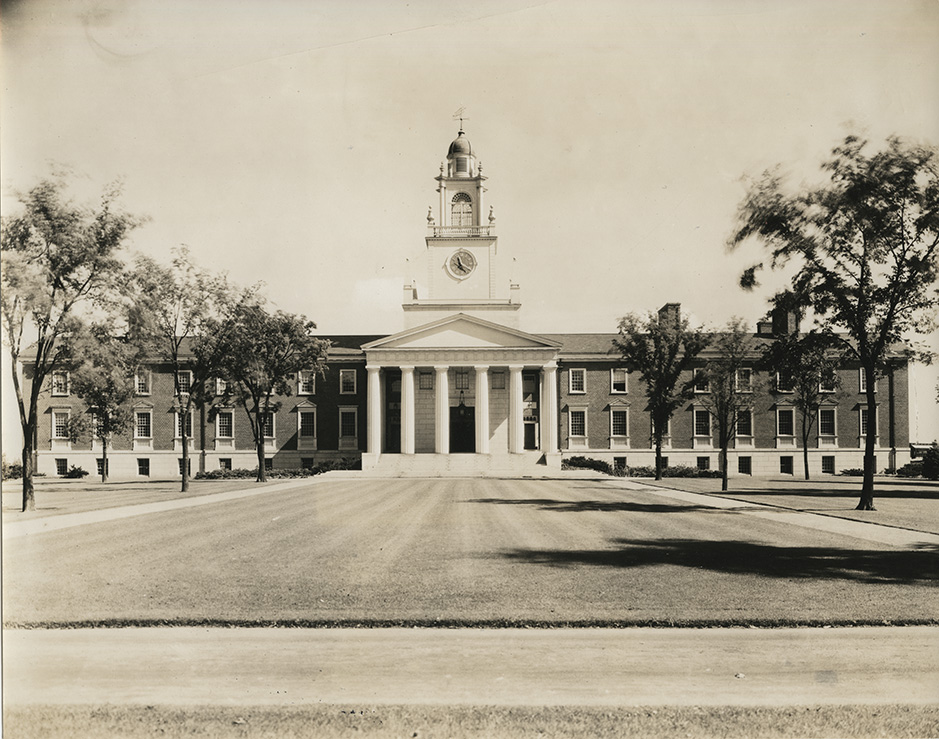 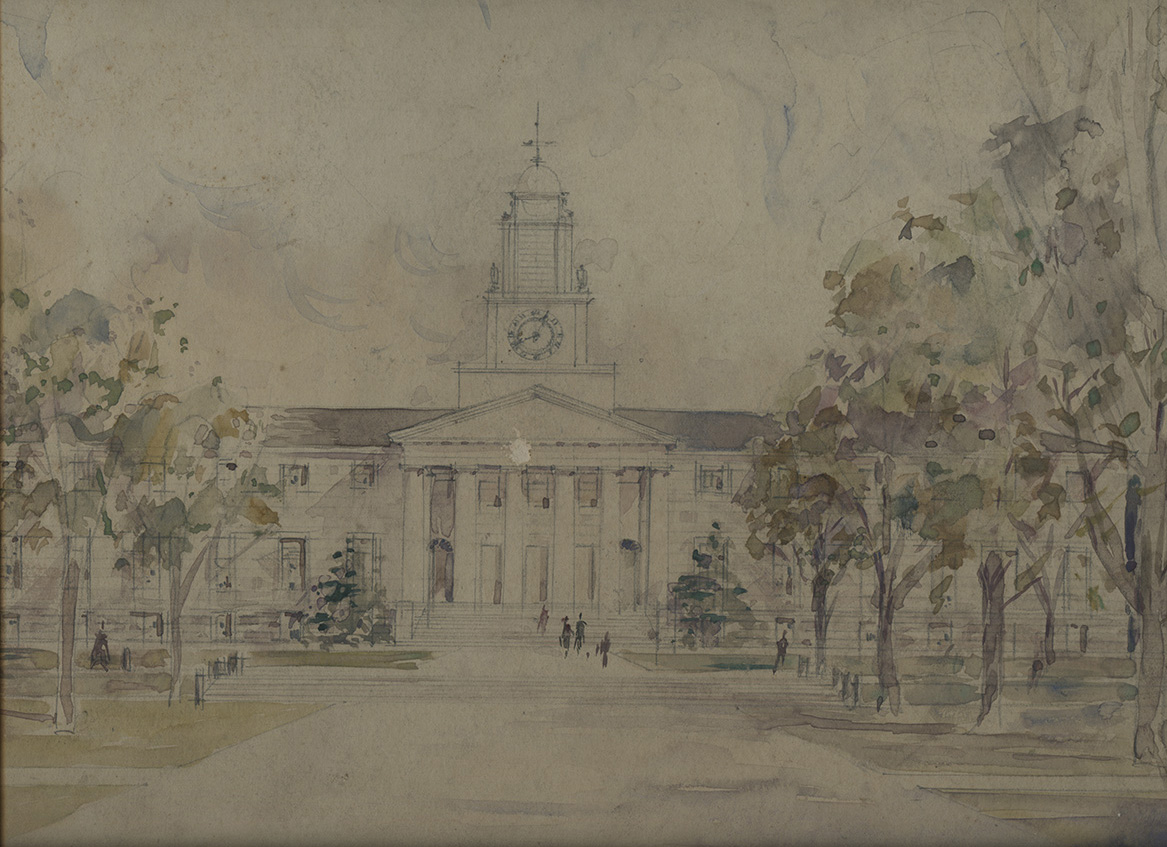 Looking over the Vista from Samuel Phillips Hall, 1933. Photograph by George H. Davis 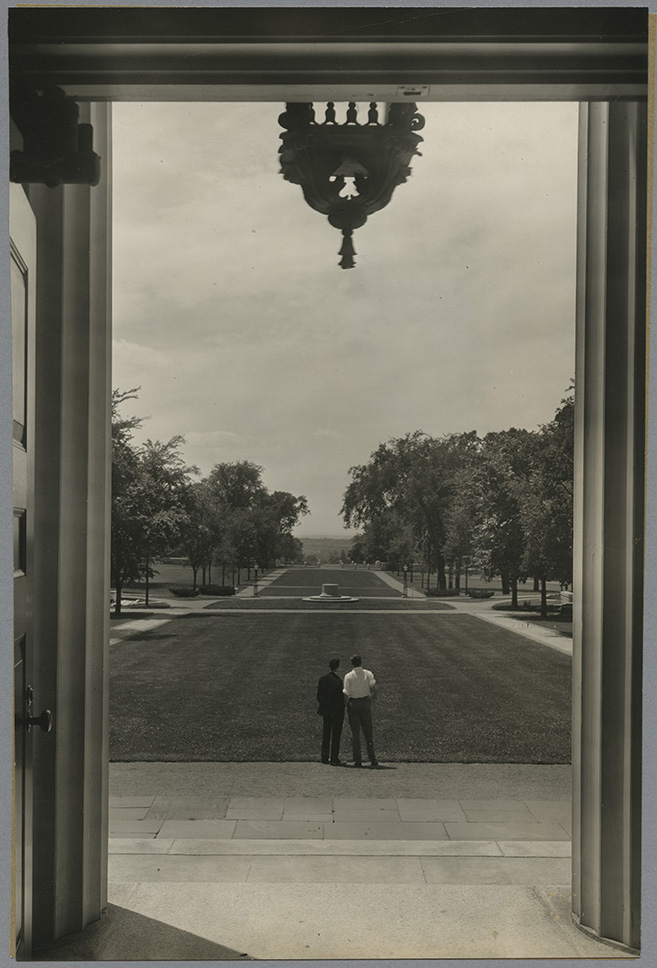 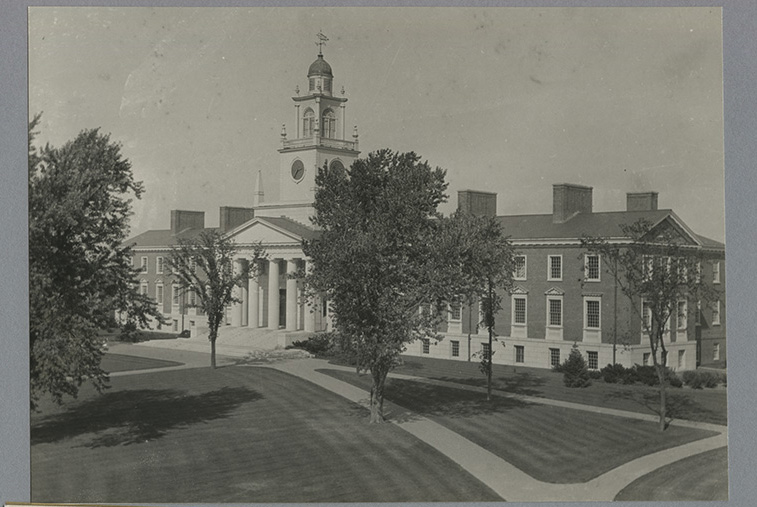 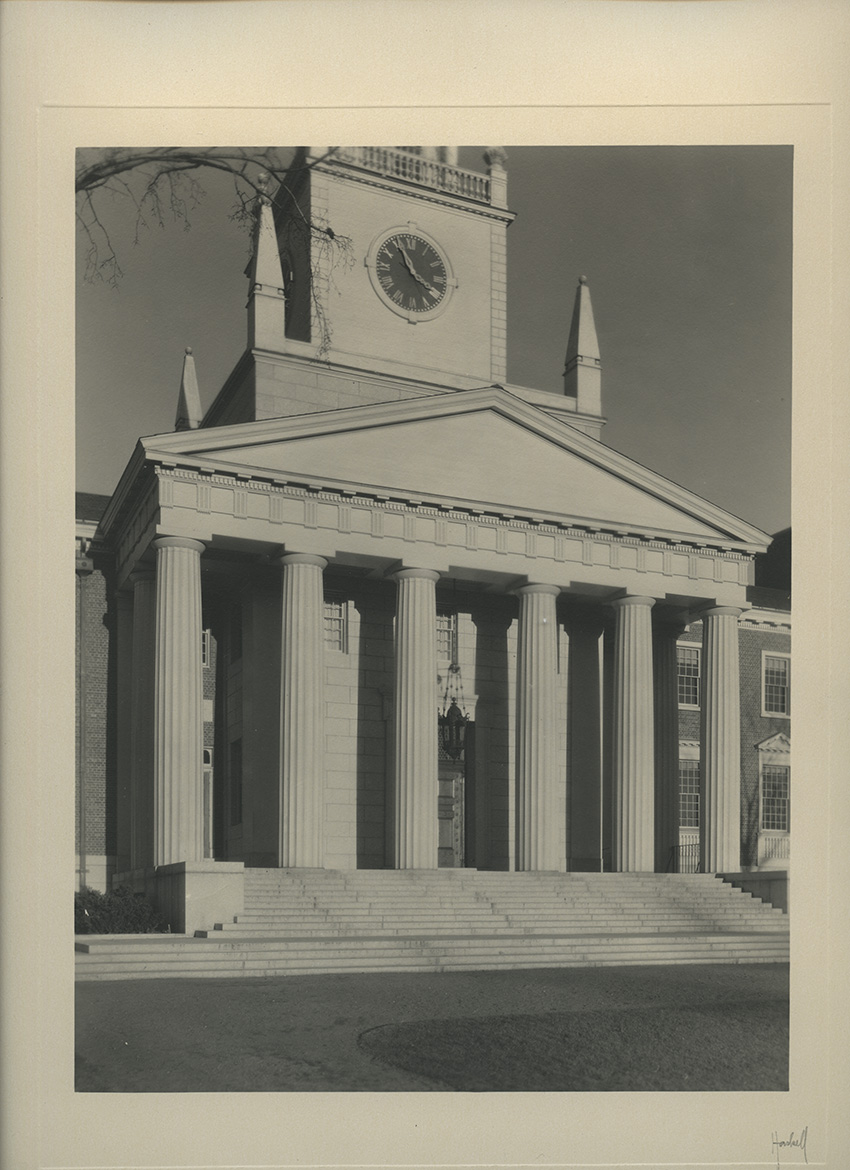 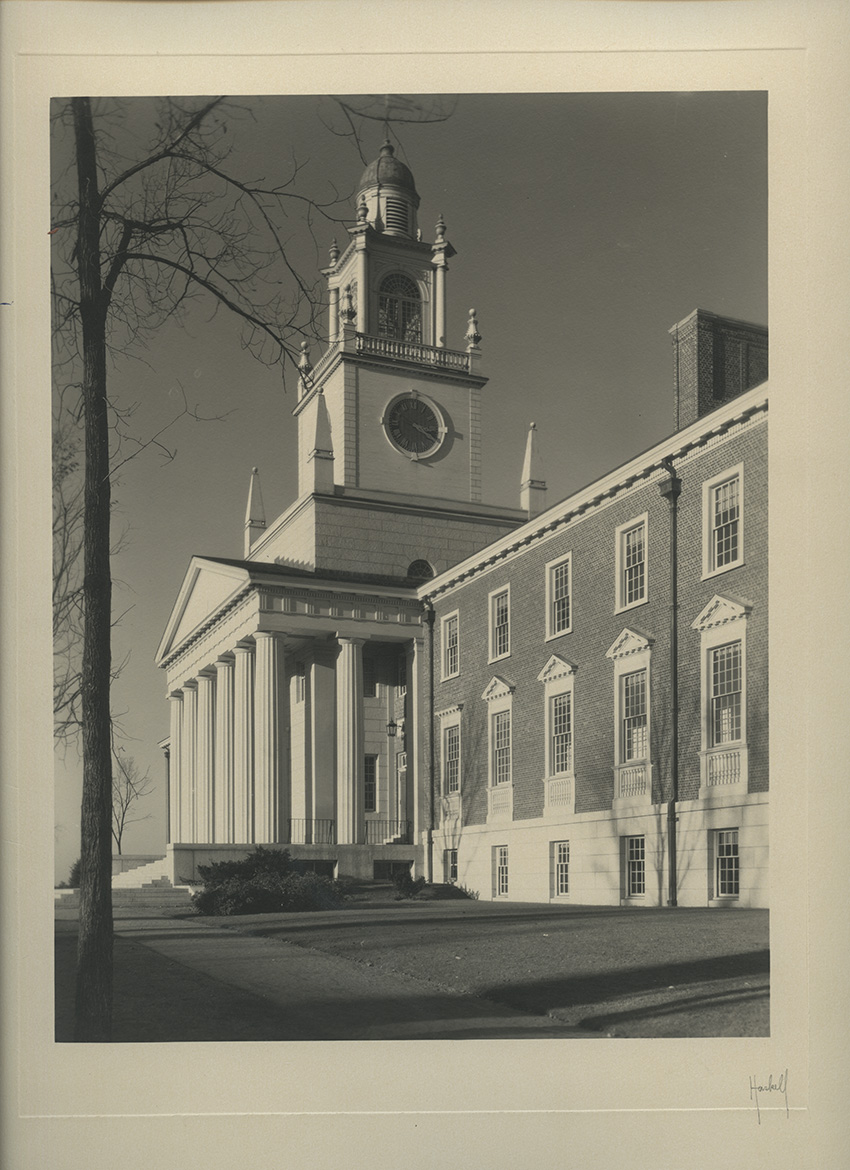 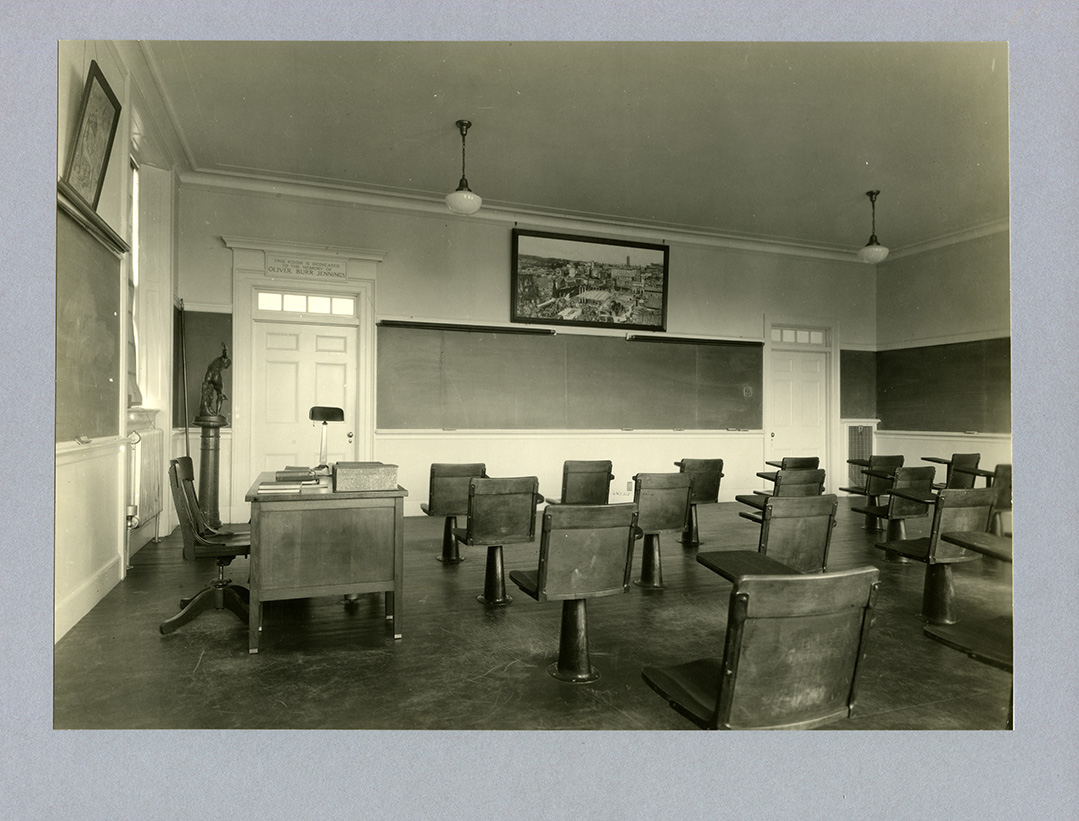 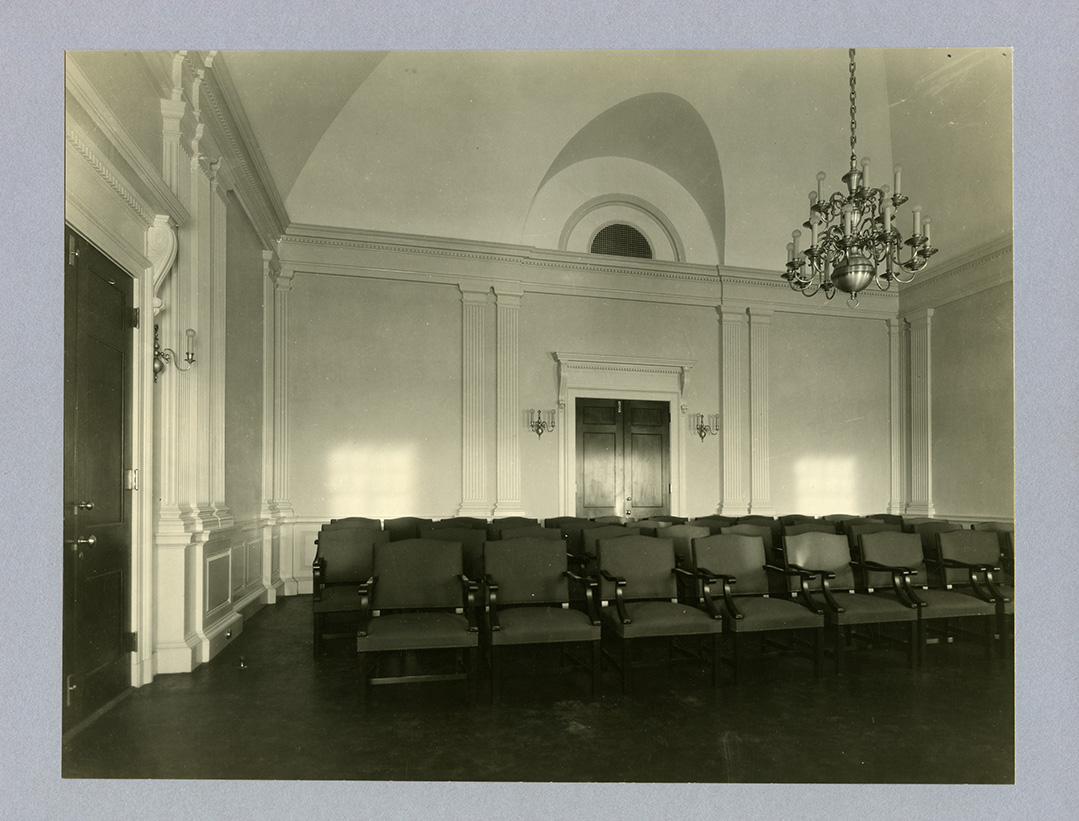 After Andover Theological Seminary left for Harvard in 1908, the academy's board of trustees entered into several major programs to expand Phillips Academy's campus. In 1924, Thomas Cochran, class of 1890, assumed the role of benefactor. During the next several years, Cochran was directly responsible for, or the major contributor to, nine buildings and the sanctuary during his period of active involvement as a trustee of the academy.

Samuel Phillips Hall was the first of the buildings constructed during the Thomas Cochran era of growth. The architect was Guy Lowell of Boston in collaboration with Charles A. Platt of New York City although it was basically Platt's designs that were accepted. More than 2500 alumni donated funds for its construction. It presides over the Greener Quadrangle from the top of the Vista, the dominant east-west axis of Academy Hill. As soon as its location was chosen in 1922, Sam Phil became the keystone for the central campus. It anchored the Vista's eastern end, allowing Charles Platt to expand the organizational plan on which the present campus developed.

The importance that architect Charles Platt and trustee donor Thomas Cochran, aided by the school's treasurer James Sawyer, attached to the artistic remaking of the campus was demonstrated by the extraordinary efforts they expended to achieve it, most specifically their willingness to demolish or move incompatible existing buildings. Although buildings at Phillips and Abbot Academy had occasionally been moved in the past, it was usually for practical rather than aesthetic reasons. Only at Andover's campus, it seems, was the idea of creating a vista by moving several buildings actually carried out on a large scale.