For much of the eighteenth century, Sag Harbor was a major whaling center, but getting out of Sag Harbor was often a dangerous business for mariners. Cedar Island stood between the South Fork of Long Island and Shelter Island, making entering and leaving the port hazardous. In 1839, the Cedar Island Lighthouse was built to guide seafarers in and out of the bay and the current stone structure replaced it in 1869. The lighthouse has passed through many keepers and owners, including a relative of Jacqueline Kennedy Onassis. In 1974, the lighthouse was badly damaged by a fire and sat empty, with boarded windows and doors, for many years. More recently, however, there have been efforts to restore the lighthouse, which is listed on the National Register of Historic Places. 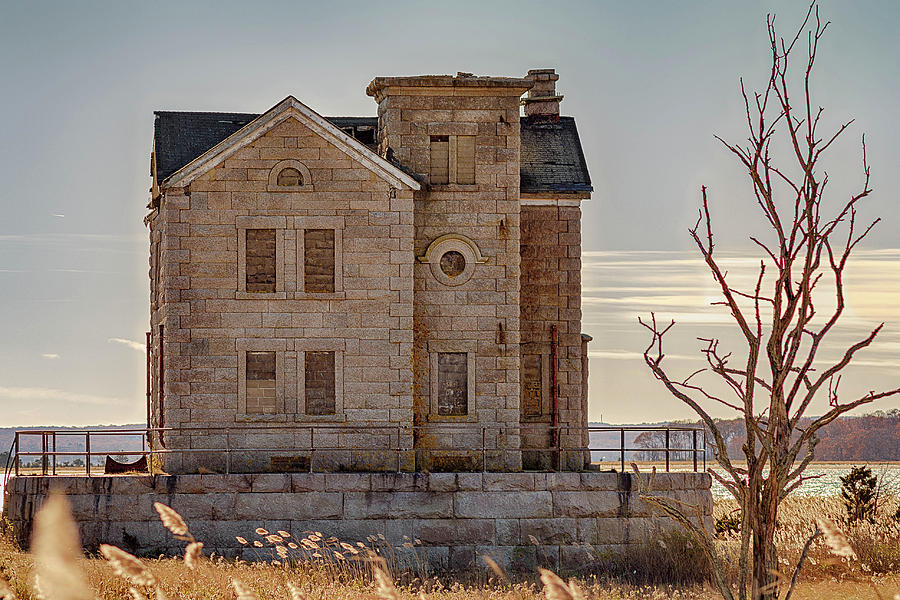 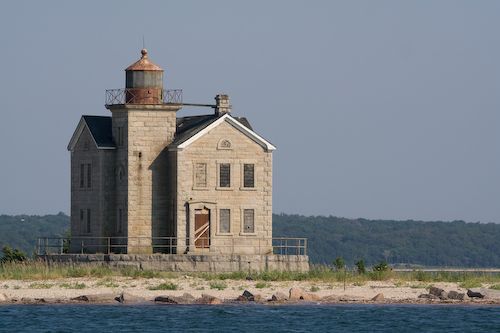 A sketch of the lighthouse as it appeared in the 1800s 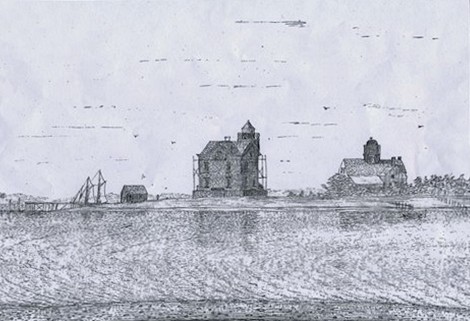 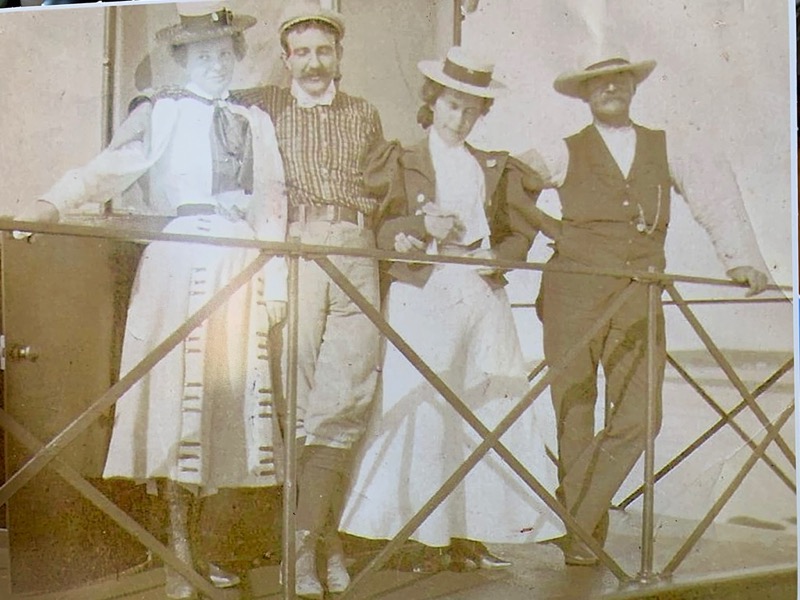 From the early to mid-1800s, Sag Harbor was one of the most important ports on the eastern seaboard. The town's importance was largely due to the whaling industry, which thrived in the area. By the late 1830s, there were 29 whaling ships in Sag Harbor and 20 others engaged in other commercial fishing.

Entering and leaving Sag Harbor was a difficult business, however. Ships, which were becoming increasingly large, had to navigate their way through a narrow channel between Cedar Island and Shelter Island, and in the early 1800s, there were only buoys to mark their way. In 1838, the federal government bought Cedar Island to build a lighthouse, which was completed the following year.

Several lighthouses in the Long Island area were rebuilt or improved in the mid-1800s, including the one at Cedar Island. A new stone structure was built in 1859, roughly 120 feet southwest of the original lighthouse. The new location was chosen to keep the lighthouse safe from the erosion that posed a constant threat to the north side of the island. The new structure was built of granite atop a granite pier and featured a four-story tower.

The lighthouse had numerous keepers over the years until it was decommissioned in the 1930s, along with several other area lighthouses. The lamp and lens were removed from the tower and its keeper at the time, William Follett, took a job as keeper of another lighthouse. The island was changing as well. Years of erosion had gradually whittled the island down from more than three acres to less than one, and the grove of cedar trees from which the island took its name was long washed away.

In 1937, both the island and the lighthouse were sold to Phelan Beale, who paid $2002 for the property at auction. Beale, New York attorney, was married to Edith Bouvier Beale, an aunt of Jacqueline Kennedy Onassis. Beale's East Hampton home, Grey Gardens, was featured in a documentary of the same name about his eccentric wife and daughter.

The following year, much of New York and New England were ravaged by a major hurricane. But the storm proved to be beneficial for Cedar Island. At a time when it seemed the island might one day disappear, taking the lighthouse into the sea, the hurricane deposited a substantial amount of silt, filling in the strait between Cedar Island and the South Fork of Long Island, transforming Cedar Island into Cedar Point, and likely saving the lighthouse from eventually being washed into the bay.

In 1974, a fire destroyed the lighthouse's ornate oak interior, which visitors described as looking like a mansion rather than a lighthouse. The roof caved in as well, and though the roof was eventually replaced, the county lacked the funds to adequately restore the lighthouse, which sat empty and in disrepair for a number of years.

As of this writing, the Cedar Point Lighthouse has yet to be restored, but that could change in the near future. In 2019, a firm was awarded a grant of $166,000 to refurbish the building, and Suffolk County plans to budget sufficient funds to stabilize the building and restore its exterior. Like other refurbished lighthouses in the area, the Cedar Point Lighthouse may eventually be used as a bed-and-breakfast. The lighthouse was added to the National Register of Historic Places in 2003.