The Black (Pugh’s Mill) Covered Bridge in Oxford, Ohio began its life in 1868. It was constructed to provide access to the Pugh saw and grist mill located on the banks of Four Mile (Talawanda) Creek. The structure was unique for using two types of truss – the Childs Truss where diagonals are mortised to chords and the Long Truss with 3 wood diagonals and double timber posts in each panel. One hundred and fifty years later the bridge continues to serve residents as an access point to the Oxford Area Trail system of multi-use paths (Oxford Area Trails 2018). 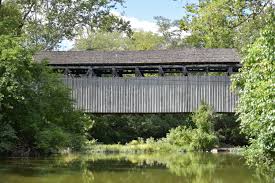 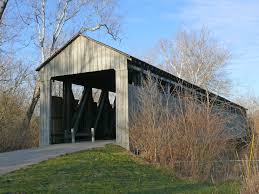 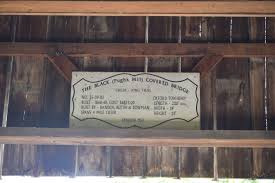 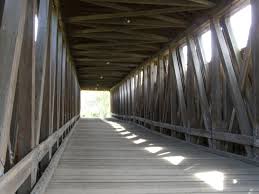 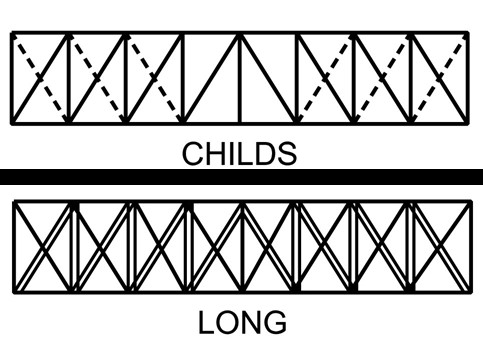 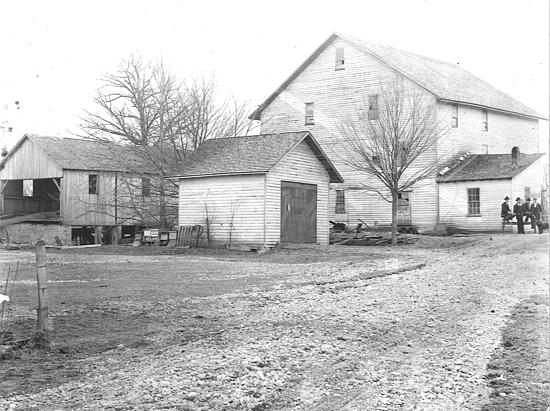 The Black (Pugh’s Mill) Covered Bridge in Oxford, Ohio is the only covered bridge that still sits on its original site (Blount 1995). Built in 1868, the bridge was constructed by the Butler County firm of Bandin, Butin, and Bowman for $6,922 or the equivalent of $125,447 in 2019 dollars (Official Data Foundation 2019). It provided access to the James B. Pugh saw and grist mill located on Four Mile (Talawanda) Creek. The bridge was bypassed in 1953, restored in 2000, and became an access point on the Oxford Area Trail system in 2017 (Oxford Area Trails 2018). The name of the bridge shifted from the Pugh’s Mill Bridge to the Black Bridge after the mill closed. The name Black Bridge may have arisen to differentiate the structure from the nearby White Bridge (Ohio History Connection n.d.).

Covered bridges have been a part of the U.S. landscape since Theodore Burr built Connecticut’s Waterford Bridge in 1804 (Longfellow 2017). The Waterford Bridge stood over the Hudson River for 105 years in part due to its cover that protected the wood structure from the elements. Uncovered wood bridges can last 20 years, but a covered one can last for a hundred years or more. The National Society for the Preservation of Covered Bridges reports that Ohio is home to 148 covered bridges.

Covered bridges have served many purposes besides transportation - a place to get out of the weather, a shady spot for fishermen, a venue for baptisms and weddings. Before electric lights, bridges were quite difficult to navigate after dark as described by G. W. Sullenberger, who resided near the Black Covered Bridge "It was mighty dark at nights going through the bridge. I've walked through when the only way I knew another man was passing was by smelling his pipe." Sullenberger's words were found in an undated, unidentified news clipping at the Smith Library of Regional History by Oxford Journal-News columnist Jim Blount. The darkness of covered bridges inspired romance and fear leading to tales of illicit meetings, private kissing spots, and ghost sightings (Blount 1995).

The Black Bridge was placed on the National Register of Historic Places in 1975 under the stewardship of the Oxford Museum Association in the lead up to the U.S. Bicentennial celebrations. In 2000, the Oxford Museum Association, the Butler County Commissioners, and the Butler County Engineer’s Office partnered to restore the bridge. Today the bridge is operated by the City of Oxford and serves as a picturesque access point for the Oxford Area Trail system.

National Society for the Preservation of Covered Bridges