Established in 1799, Transylvania University was the first law school and medical school in the West. At the time, Transylvania was one of five medical schools in America and was even compared to Harvard by Thomas Jefferson. During the cholera epidemic in Lexington in 1833, all of the doctors in the area were faculty from the Medical College. Three of the active doctors during the outbreak died and were not replaced. The medical college, while small, trained 4,385 medical students before closing in 1859 due to the rise of other medical colleges in surrounding areas and lowering admittance numbers.

Transylvania's first Medical Hall, built in 1827. It was replaced by the New Medical Hall and was used as a city hall until it burned down in 1854. 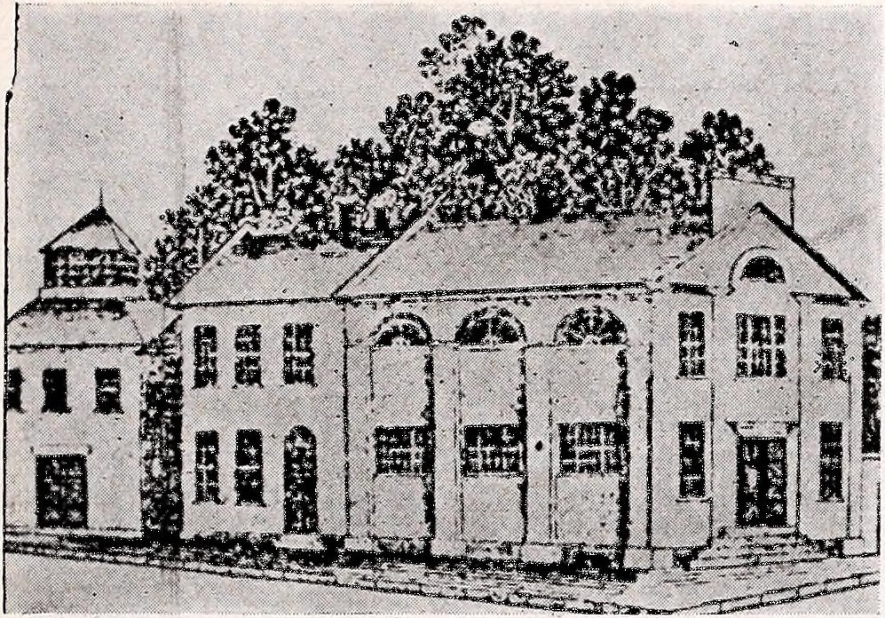 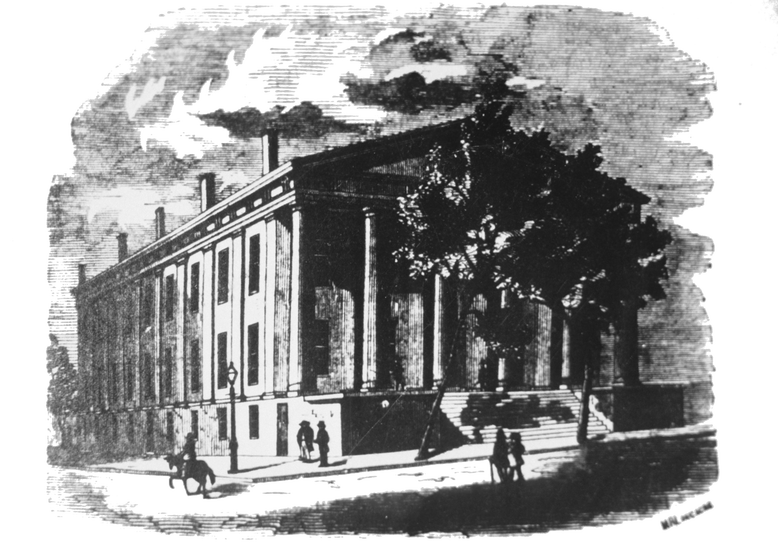 Transylvania's campus as it was in 1899. 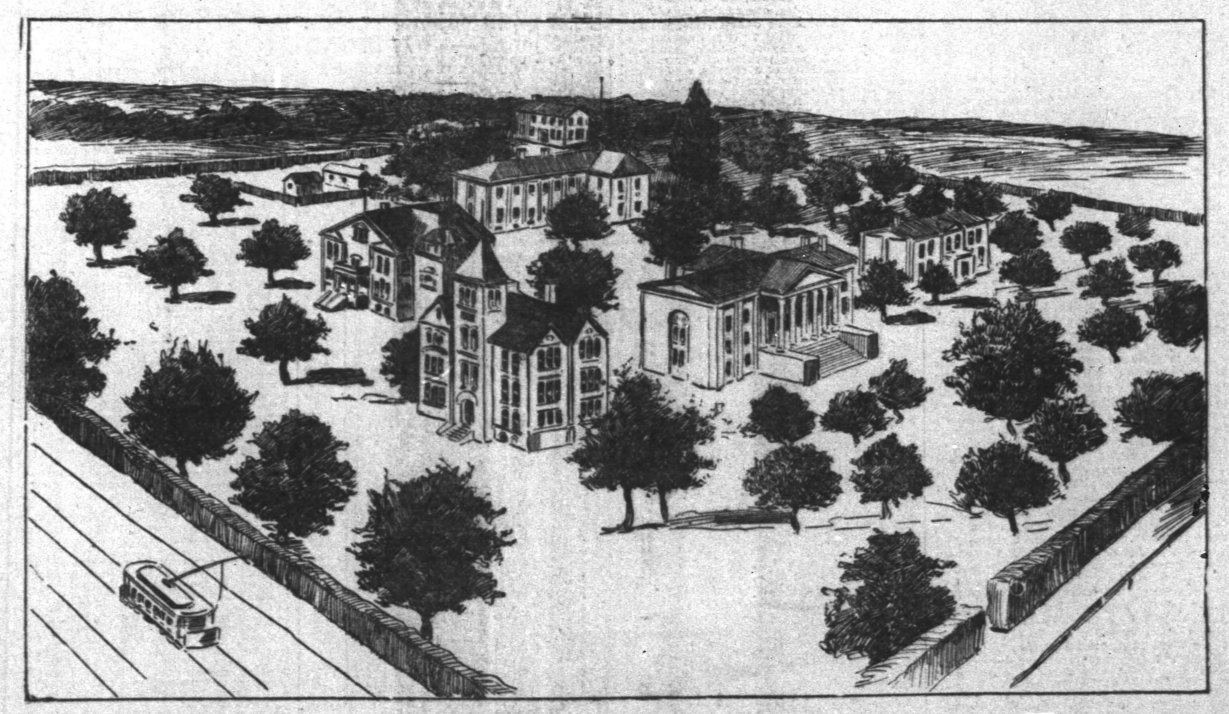 Transylvania University actually began under a different name, Transylvania Seminary. In 1783, the Seminary was run by a group of Presbyterians. The first president of the university was Reverend James Moore, a Presbyterian minister. However, after being outvoted by the Board of Trustees, a Unitarian minister named Harry Toulmin took over. Feeling suddenly ousted, the Presbyterians chose to open their own school, the Kentucky Academy. The ensuing rivalry did damage to both schools and they eventually decided to combine and then became Transylvania University.[1]

Transylvania University was one of the first law and medical schools in America.[2] Lexington at the time was considered the “Athens of the West” and was known as a place of culture and center for academia.[3] The renowned Henry Clay became the first professor of law at the university. By 1818 Transylvania’s Medical College “soon rivals Harvard’s.” The school was fairly small but made a large impact, training 4,385 medical students.[4] The original medical building, built in 1827, stood on the corner of Market and Church street, until it burned down in 1854 after it ceased to be used as the medical department building.[5] The New Medical Hall was built in 1839 but also burned down during its use as a general hospital in 1863.[6]

The cholera outbreak in Lexington started in 1833. The disease was deadly, causing the infected person’s health to deteriorate rapidly. The outbreak came from a contaminated water supply, specifically the Town Branch Stream. An estimated 500 out of the city’s population of 7,000 died.[7]

All of the doctors in the area during the epidemic came from the Transylvania Medical College. The city did not have any central hospital, aside from the Eastern Kentucky Lunatic Asylum which was not a disease hospital, and therefore there was no central treatment area and patients were all throughout Lexington. Three of Transylvania's doctors working during the cholera outbreak died during the visit and were never replaced. Transylvania University was the center of medical knowledge in the region, but without any way to keep track of treatments or results and no centralized health system, doctors treated people largely from what they saw and thought might help.[8] At that time, the most advanced treatments for cholera were blood-letting and the administration of calomel, a type of mercury, frequently used by Dr. John Cooke, one of the university's doctors. Neither were an effective treatment for the disease and the heavy use of calomel was likely fatal to many patients.[9]

Cholera directly impacted the future of the Transylvania Medical College, as they never replaced the faculty members they lost during the epidemic. The medical school began a further decline after the founding of competing medical schools in Louisville and Cincinnati.[10] Transylvania’s medical college eventually closes in 1859,[11] however it still runs today as a liberal arts university with a small medical museum celebrating its role in Kentucky's past.