One of the few round buildings in Richmond, this office building was constructed in 1954 and has served as offices for physicians ever since. The building's architects, Deigert & Yerkes of Washington, D.C., were influenced by mid-century modern architectural masters and the work of Frank Lloyd Wright. The one-story masonry building has a flat roof and a stacked-bond concrete block exterior with a cross motif. The building was listed on the Virginia Landmarks Register in 2016 and the National Register of Historic Places in 2017. 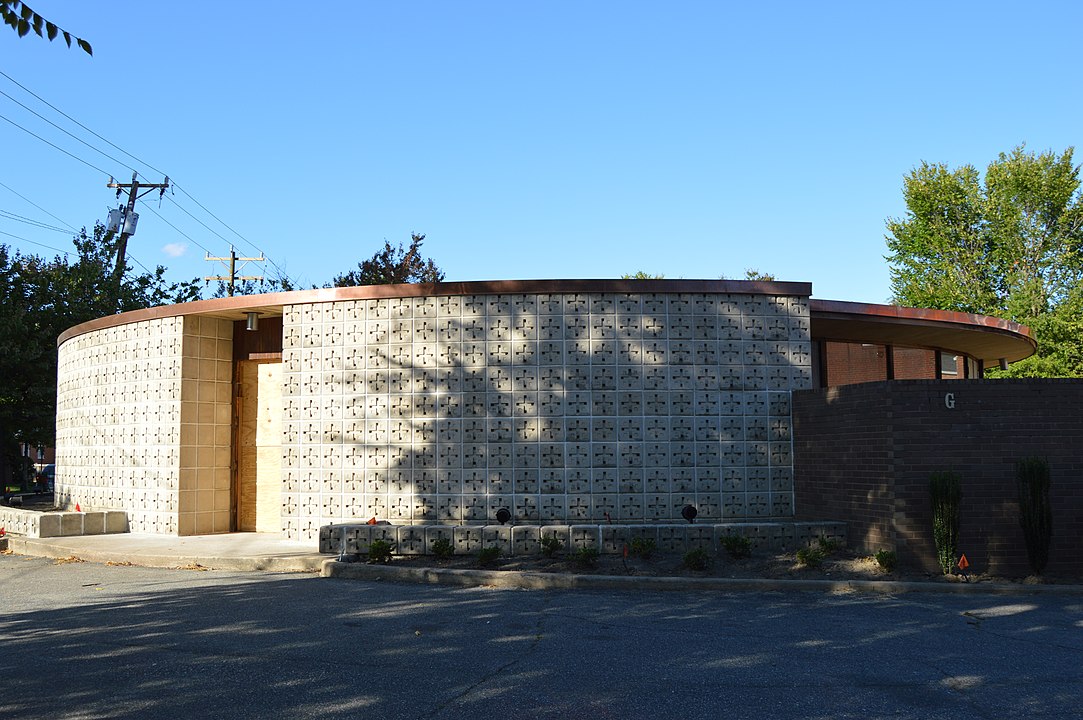 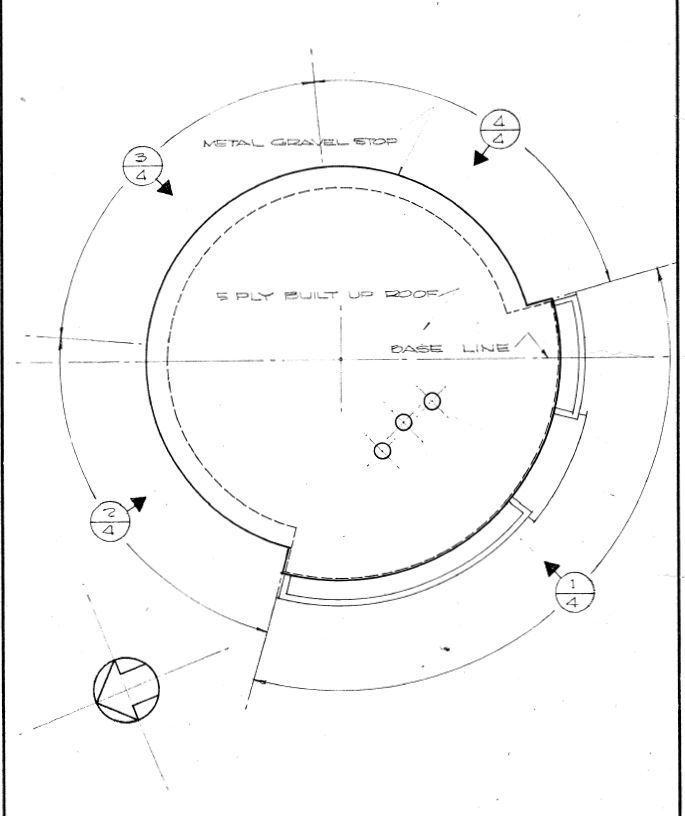 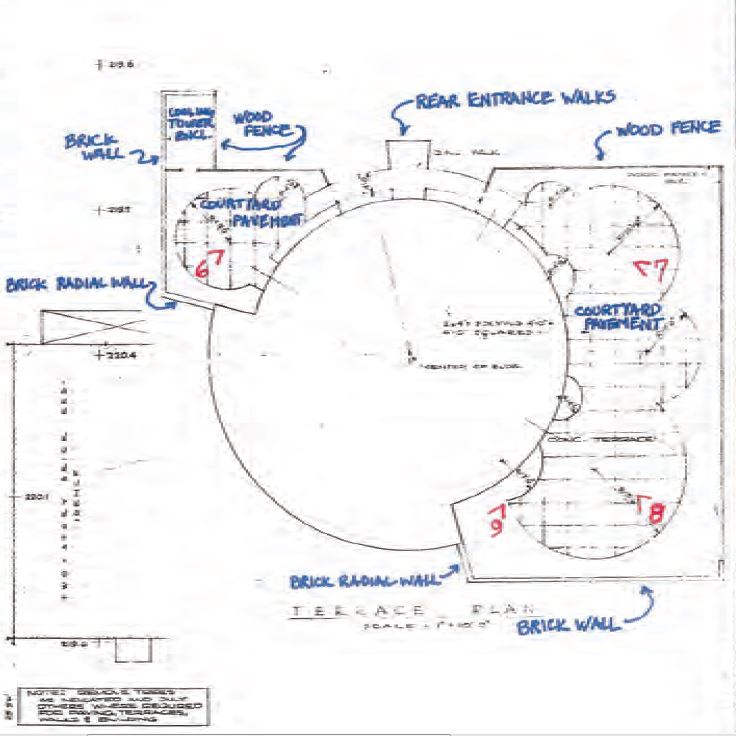 The Higgins Doctors Office Building is a rare example of a round building in the Wrightian style and was constructed in Richmond in 1954. The building is on the edge of the city's Museum District but is progressive in design and unlike any nearby structure. The building served as doctors' offices until a few years ago.

The one-story masonry building with a circular plan has a flat roof and a stacked-bond concrete block exterior with a cross motif. The building's entrance is recessed and the back of the building has banded windows and a wide overhanging soffit. While the exterior has been likened to a fortress, the landscape is softened by a flanking wall and a wooden fence that enclose a rear courtyard. Patients are afforded a view of the courtyard through floor-to-ceiling plate glass windows. the building's circular theme is carried over to the courtyard where concrete pavement is laid out in circular forms. Even the small planting beds at the base of the structure are circular.

The building's architects, Deigert & Yerkes of Washington, D.C., were influenced by mid-century Modern architectural masters. The patterned concrete block is similar to materials used by Frank Lloyd Wright in California during his "Mayan Revival" period. The architectural firm was featured in the October 1958 issue of Progressive Architecture. The firm repeated the circular plan style for a public school building in the Maryland suburbs of Washington in 1961. One of the architects, David M. Yerkes, educated at Harvard and Yale, lived to the age of 99, dying in Washington in 2011. Yerkes was very proud of the building's design; the Higgins Doctors Office Building was featured in one of his firm's brochures, now in the archives of the American Institute of Architects (AIA). Yerkes once served as Vice President of the AIA. Robert Campbell Deigert, the other architect for the project, also studied architecture at Yale.

The Higgins Doctors Office Building became medical offices for Dr. William Higgins and his son, Dr. William Higgins, Jr. The new building was commissioned as new office space for the doctors, moving from the downtown area. The Higgins' wished to contribute to the city's architecture by introducing something distinctive. Later, the medical offices of Dr. John Ashworth, Dr. Richard Gergoudis, and Dr. Daniel S. Daniel, Jr. were located here.

The building was listed on the Virginia Landmarks Register in 2016 and the National Register of Historic Places in 2017. The building was found to be significant locally for its architecture. The zen-like, circular-themed courtyard is a contributing element to the building's significance.