The Battle of Baton Rouge 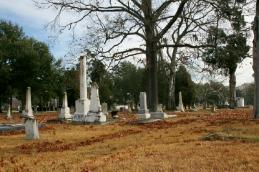 A line engraving of the battle published in Harpers Weekly 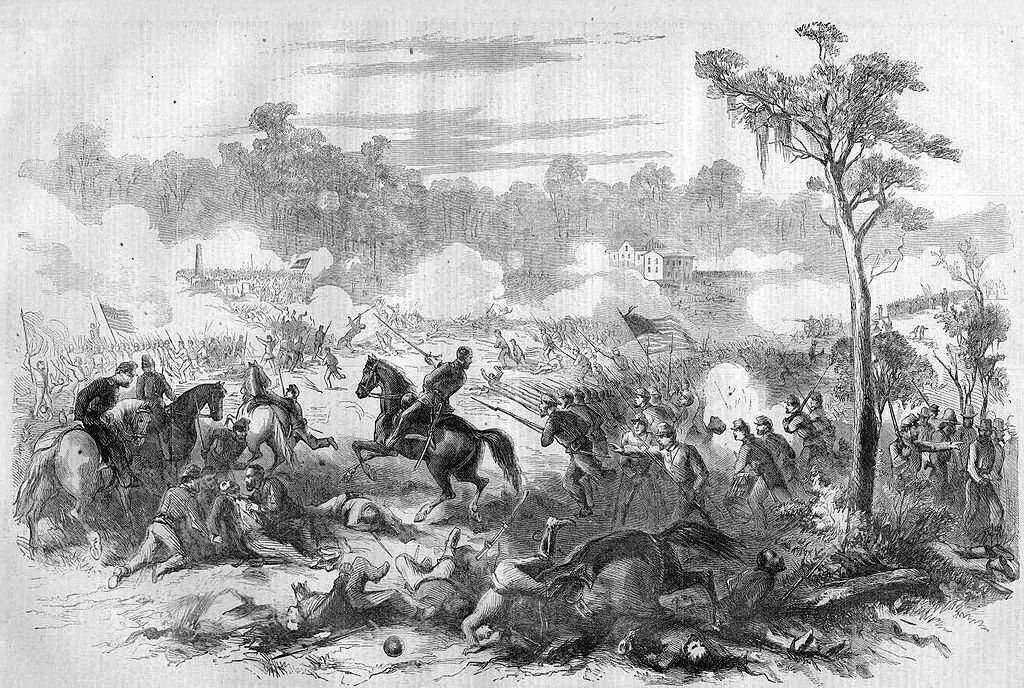 A colored print of the Battle of Baton Rouge 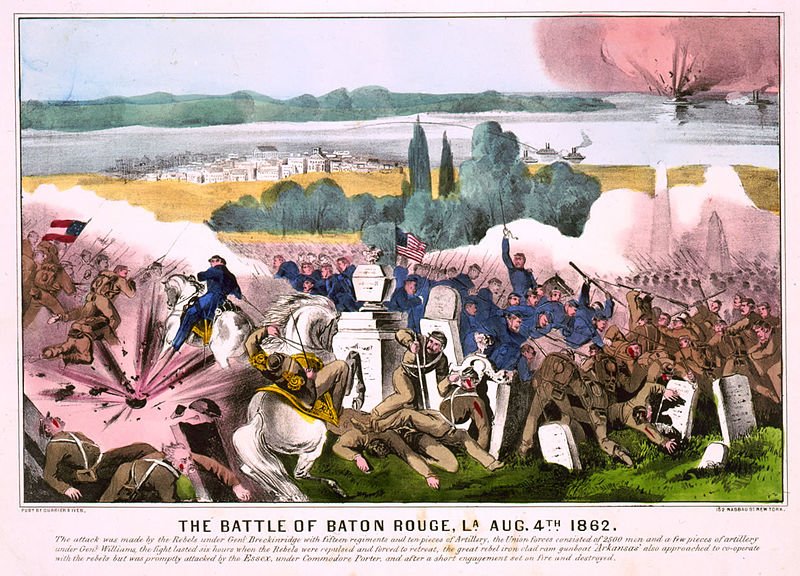 Map of the Battle of Baton Rouge 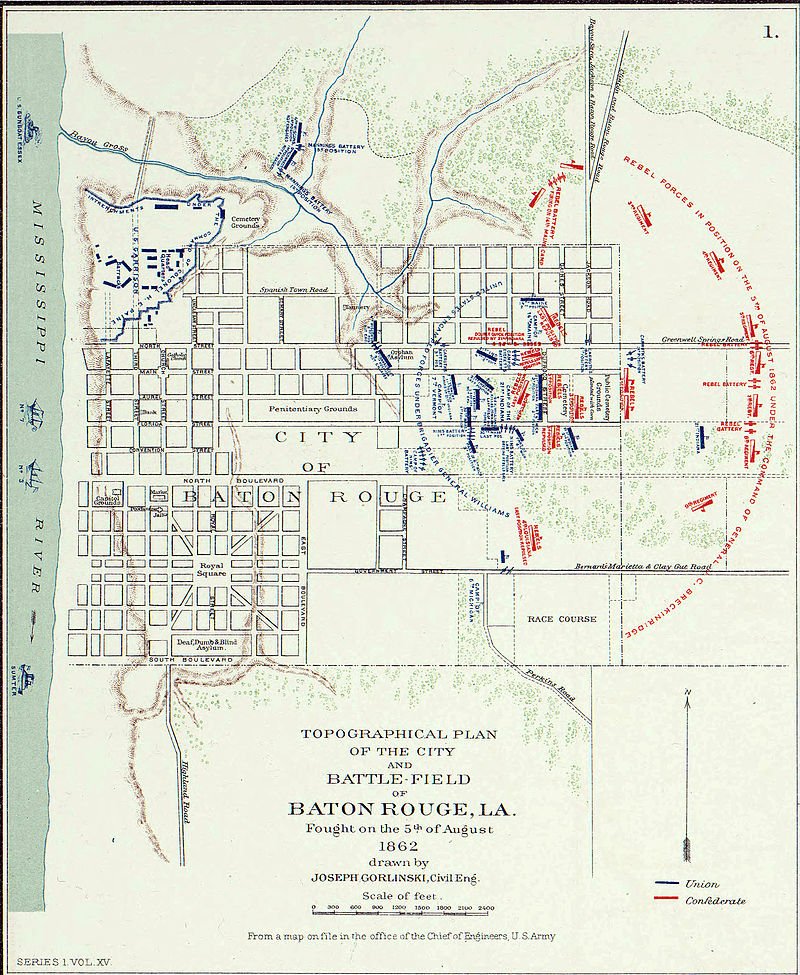 The government had evacuated Baton Rouge in April of 1862 because the Union had made their way beyond Fort Jackson and Fort St. Phillip on their way to New Orleans. In May, approximately thirteen days after New Orleans fell, the USS Iroquois reached Baton Rouge. Since, there were no Confederate troops to defend the city the Union was able to seize the arsenal and Pentagon Barracks without much difficulty with only a silent opposition from the city's citizens. However, a bit more violence took place when the USS Hartford shelled Baton Rouge after the Confederacy planned an attack nearby. With Union victories becoming rare at this time, Baton Rouge was subject to a counterattack from the Confederates.

During the summer, Major General Earl Van Dorn, commander of Confederate forces east of the Mississippi, resisted a Union bombardment of Vicksburg. The Confederate ironclad ram Arkansas had come down the Yazoo River, inflicting damage on the unprepared Union fleet as she passed through, and was anchored in Vicksburg. Van Dorn desired to regain Baton Rouge. It was thought that re-taking Baton Rouge would be key to driving the Union out of Louisiana, as they could then launch attacks along the Red River on Union occupied territory as well as threaten Union control of New Orleans.

By August 4, Major General John. C Breckenridge of the Confederate Army, moved his force of 5,000 men from Camp Moore to the Cornite River about 10 miles east of Baton Rouge. By the time Breckenridge arrived at Baton Rouge only about half of his force remained. In the early morning of August 5 the Confederates reached the outskirts of Baton Rouge and formed a plan to attack with two divisions. They would be facing Brigadier General Thomas Williams and his 2nd Brigade of the Union Army. There was no element of surprise as the Confederates were discovered by the Union and the attack as carried out by daybreak on August 5th. The battle commenced around Florida Street and began as the Confederates pushed their adversaries all the way across town. During this time Brigadier General Williams as killed in action and replaced by Colonel Thomas W. Cahill.

Colonel Cahill led another retreat back to prepared defensive lines near the Penitentiary, under the protection of the Union warships. The Confederate troops began coming under shell fire from the gunboats. The Confederate ram Arkansas arrived not long after but her engines failed just four miles above the city rendering her useless in the continuing battle. The next day her engines failed once more and commander ordered her to be scuttled to prevent her capture. Without any prospect of naval support, Breckenridge's following attacks became more futile and he was eventually forced to retreat from Baton Rouge. The Confederate effort to gain control of Louisiana had failed. There had been significant losses on both sides with over 350 for the Union and over 450 for the Confederates. Union troops evacuated the city a week later under the orders of Benjamin Butler who was concerned for the safety of New Orleans and also the remaining threat still looming from Breckenridge's forces outside Baton Rouge. With the Union soldiers evacuated the Confederates reoccupied the city until the end of the year when the Union Army returned and took the city back without a fight. The Union occupied the city for the remainder of the war.

The "Battle of Baton Rouge Commemorative Ceremony" is held every year on the first Saturday in August in and around Magnolia Cemetery, sponsored by the Foundation for Historical Louisiana. There is also a reenactment where actors will dress as soldiers from both sides of the battle.