The Bivins House is a large brick mansion that is now the location of the Amarillo Chamber of Commerce. It was built by its namesake, Lee Bivins (1862-1929), in 1905. Bivins was an important figure in Amarillo during the late 19th and early 20th centuries. A successful oilman and rancher, Bivins was also a philanthropist and civic leader, serving as city commissioner and then mayor. In terms of architecture, the house is a fine example of the Georgian Revival style. It features Edwardian bay windows, leaded glass, large dormer windows, a two-story portico, limestone trim, and other decorative elements.

The Bivins House, built in 1905, is one of Amarillo's most historic homes. It is now the location of the Amarillo Chamber of Commerce. 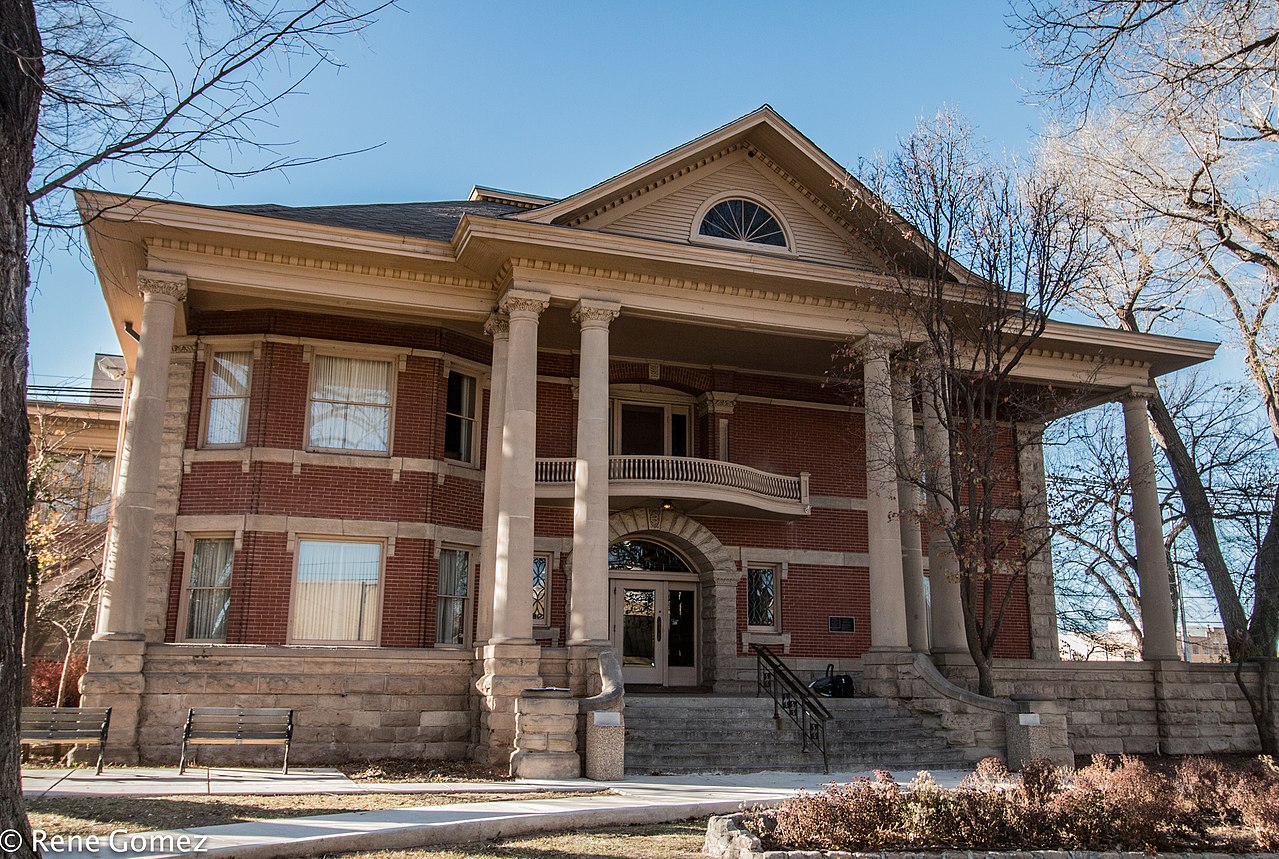 Lee Bivins was born on October 7, 1862 in Grayson County, Texas. His father was a rancher, owner of a mercantile store, and also operated the first mill in the county. Bivins followed in his father's footsteps, acquiring his own herd of cattle and operating two general store before he was 20 years old. He married his wife, Mary Gilbert, whom he had known since childhood, in 1882 (they would have two daughters and two sons; only the sons survived into adulthood). In 1889, Bivins established a store and wheat mill in the town of Claude and also bought a ranch few miles to the southwest. He was elected county commissioner the next year. Within a few years, he and his family moved to Amarillo after he bought a ranch northwest of the town. And as noted above, he built the house in 1905.

In the coming years Bivins purchased more and more land. At the time of his death he owned around 500,000 acres, which made him the largest cattle ranch owner in the world. He usually owned approximately 60,000 cattle as well. In addition, large natural gas and oil deposits were found on his land as well. Bivins also owned property in Amarillo and was a stockholder in many firms in the Panhandle. In Amarillo, he played a role in establishing the city's first airport (called the Panhandle Aerial Service and Transportation Company) and became its first president. He was elected mayor in 1925 and served in that position until he died of a heard attack in 1929. He was buried in Llano Cemetery.