Ethalinda Lewis, was a prominent Black female abolitionist who utilized her freedom, and positionality as a Black woman within primarily white organizations, to advocate for those seeking emancipation. Lewis was an active member of the Toronto Anti-Slavery Society, and was the sole Black member of the Ladies Association for the Relief of Destitute Colored Fugitives. The Ladies Association was active in the international Abolition movement, sparking conversations about enslavement in circles where it was seldom discussed. Additionally, Lewis founded the Ladies Auxiliary in response to the passing of the Fugitive Slave Bill in the United States, intended to help settle Black families into Canadian society. Her position as the sole Black member in these organizations was unique, and Lewis used this position to promote her activism, centring women’s rights and abolition. Unfortunately, as is the case for many Women of Colour during this time, not much is known about Ethalinda Lewis’s personal life, however, her story can be tracked through her time spent in Toronto and her invaluable work within Canadian abolition organizations.

The Image from the Canadian Census released in 1851 proves Ethalinda Lewis was in fact living in the county of York (later renamed Toronto). 1851 was the same year Ethalinda joined the Toronto Anti-Slavery society, and the Ladies Association for the Relief of Destitute Coloured Fugitives. This provides a distinct location, in which Ethalinda, and the work she carried out, can be pinned on a map. 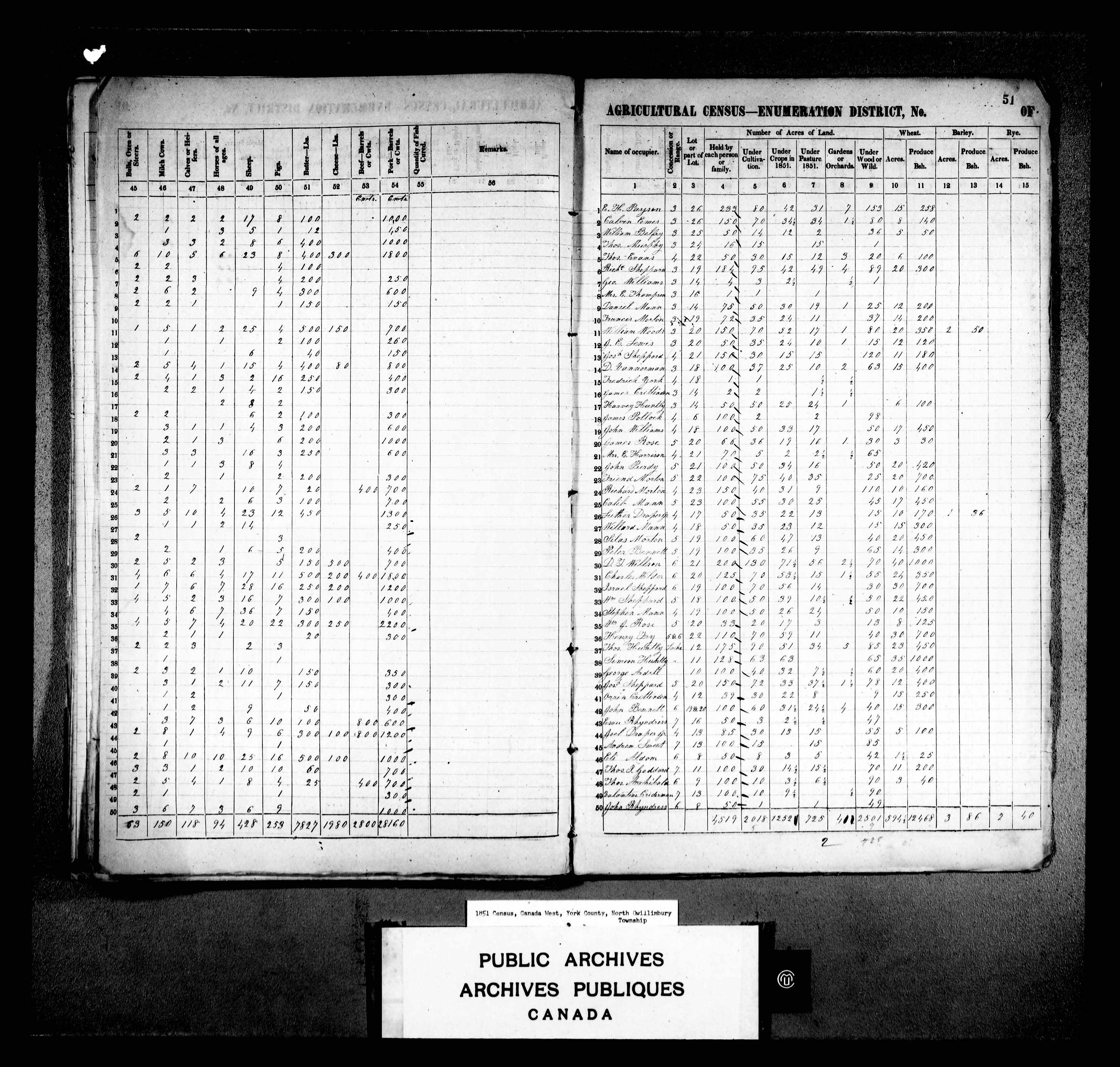 A map of the Township of Gwillimbury North. This is the township that Ethalinda Lewis and her husband settled. In 1971 North Gwilimbury merged with neighbouring Georgina and is now known as the Town of Georgina. It is unknown if Mrs. Lewis stayed in the township for the remainder of her life. 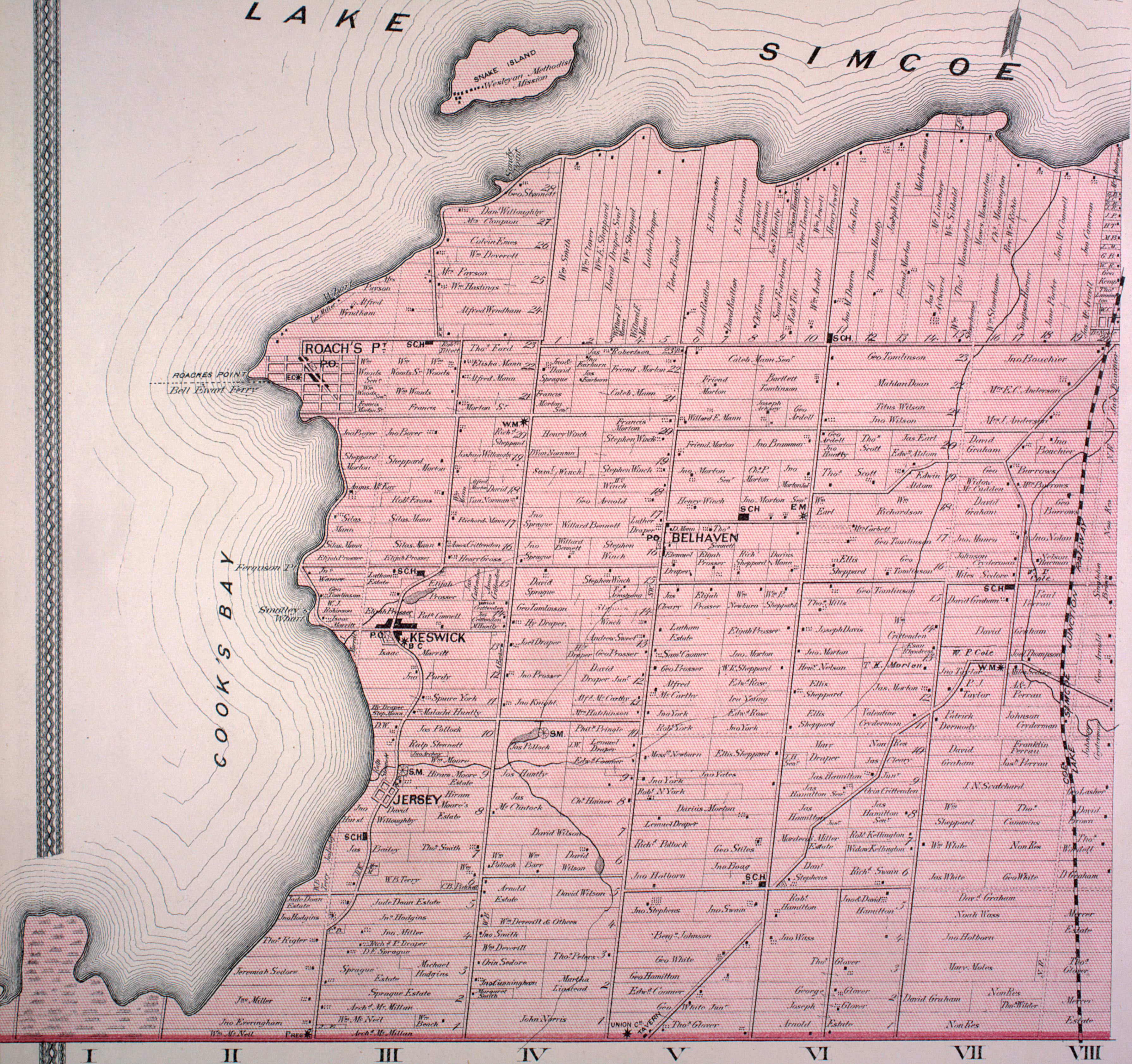 Historical scholarship tends to center the voices of the dominant society, generally wealthy, white men. In doing so, the stories of those existing outside this group are often neglected or forgotten. This is especially true for women of colour, who are forced to navigate pervasive barriers of gender discrimination and racial marginalization. Nearly 150 years since the passing of the Emancipation Proclamation, there continues to be a staggering lack of historical information detailing the roles that Black women played in various abolition movements and in achieving emancipation. Ethalinda Lewis was a member of the Toronto Anti-Slavery Society in Canada and founder of the Ladies Association for the Relief of Destitute Colored Fugitives [1,2]. At the time, it was not very common for Black women to find themselves in positions of prominent leadership, even within abolitionist circles, Lewis was unique in this regard.

In many of these gatherings, Ethalinda was the sole Black female member, her positionality served as both a benefit and a point of contention. She was one of the few members with any direct knowledge of slavery or slave catching in the United States [4]. As a free, Black woman in a position of relative power, Lewis played an important role both within the group and as a representative to the greater Black community. For many members of the Ladies’ association, interactions with Mrs. Lewis was their only public engagement with the Black community [4]. There was very little discussion with the community about their needs and, particularly the forms of relief that were necessary for long term settlement. Although the White female members of the Ladies’ association were clearly sympathetic to the plight of fugitives, the disconnect was evident. This emphasizes the gendered and racialized aspects of Mrs. Lewis’ work as an abolitionist, and how she was able to utilize her position and work with both sides to unite a common cause.

Although Lewis’s race set her apart from fellow members, she shared a common social distinction with fellow members; her marital status [4]. While Mrs. Lewis’s economic status is unknown, it is clear she lived in relative financial comfort. Considering the group’s membership was primarily middle-class White women, a Black woman would need to be considered respectable to socialize and work alongside these women Unfortunately, very little is known about Mrs. Lewis’s personal life besides her husband’s occupation as a barber; though does not appear to have participated in abolitionist activities alongside his wife [4]. Mrs. Lewis, was able to participate in anti-slavery activism alongside her domestic role as a wife, not in spite of it.

Lewis’s activism took on many forms and her tireless commitment to anti-slavery work encouraged conversations about enslavement and the plight of fugitives in circles where it was scarcely of interest. Lewis co-founded the Ladies’ association – also referred to as the Ladies’ Auxiliary- in response to the passing of the Fugitive Slave Bill in the United States. The benevolent organization worked to help settle Black families and assist in the alleviation of their suffering [3]. During its first year, the relief program assisted more than one hundred families by providing donations of funds, food and clothing [5]. The Ladies’ Association did receive criticism from primarily Black anti-slavery organizations, for presenting themselves as the ultimate judge of what the fugitives deserved in terms of relief, rather than taking the time to listen to their needs [4]. The Ladies’ association was rather active in the international abolitionist movement. Alongside fellow members, Mrs. Lewis participated in the gathering of signatures for the Stafford House Address (1853) against slavery. The Ladies’ association gathered nearly 14,000 signatures, a formidable achievement considering the population of Toronto was 30,000 at the time [2].

Throughout the research process of this assignment, it has become clear that history is told from the perspective of the privileged. Considering patriarchal institutions and politics are centered in Western society, it appears that many historical sources intentionally neglect women and people of colour while emphasizing the work of wealthy, white men. Women’s history and activism is consistently passed over. Their work is far too often thought of as unimportant, and in the case that their work is valued these accomplishments are often credited to men. For example, one source [5] examines the work carried out by the Ladies Association, but makes no mention of Ethalinda Lewis – one of the founders of the association. Although many of these abolitionist organization were dominated by sympathetic White women, it is crucial to acknowledge the role a free, Black woman would have played both inside the group and in the greater community. Women of colour are far too often excluded from historical scholarship. Through the Clio entries, we are able to rewrite this narrative and acknowledge their forgotten activism.

[3] Bristow, Peggy. Were Rooted Here and They Can’t Pull Us up: Essays in African Canadian Womens History. University of Toronto Press, 1994.