This historic Dumfries home was built in the late eighteenth century by Alexander Henderson, near King's Highway (now Main Street). Alexander was the father of Archibald Henderson, the fifth Commandant of the U.S. Marine Corps. A cannonball was stuck in its walls from the time of the Civil War to 1960 when it was stolen by a souvenir hunter. The house was converted into three apartments by a twentieth-century owner who leased two of the spaces to tenants; there were plenty of takers in the 21-room, 9-fireplace structure since the home is convenient to the nearby Marine Base at Quantico. The brick home is privately owned.

Photograph of front elevation of Henderson House in Dumfries circa 2011 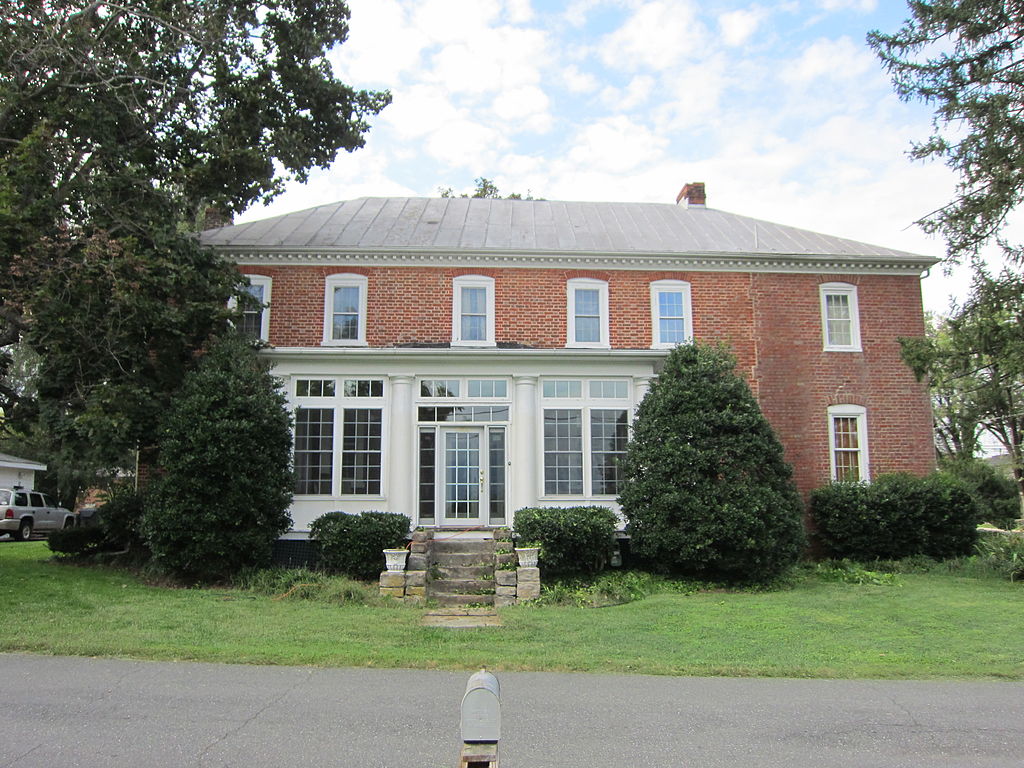 The Henderson House is a home built in the late eighteenth century by Alexander Henderson near King's Highway (now Main Street in Dumfries). The massive, two-story brick mansion originally contained ten rooms with 12-foot-tall ceilings and a basement. The house had two exterior end chimneys; a 20th-century addition has lengthened the structure, so that one of the chimneys is near the center of the house.

Henderson emigrated to the American colonies from Scotland and served as a Revolutionary War officer under George Washington. Alexander Henderson was the father of six sons, including Archibald Henderson, the fifth Commandant of the U.S. Marine Corps. Archibald was appointed a second lieutenant in the Marine Corps in June of 1806 and achieved a rank of General by the time he died in 1859. Alexander also became a merchant in the town of Colchester in southern Fairfax County and married Sally Moore. The couple moved 14 miles to the south to Dumfries, but unfortunately for the family, the economy of Dumfries went into a decline after Quantico Creek began to fill with silt. This limited the ability of ships to dock at the port and the lucrative market traffic shifted up the Potomac River to another seaport, Alexandria.

The Henderson House was sold out of the Henderson family in 1817, after the deaths of Alexander in 1815 and then his widow, Sally, in 1816. The property was advertised as spacious and convenient, with good outhouses and a garden prepared with great labor and taste to be both productive and handsome. Five African-American enslaved persons were offered for sale as part of the Henderson estate, including a "first rate female cook," a well-tutored 14-year-old girl, a blacksmith, and two male farmhands. To be near their wives, the farmhands were to be sold as close as possible to where their wives lived: the Fauquier County courthouse and Leesburg. Several items of personal property in the estate suggested a well-to-do family, including a piano, a violin, a new fashionable carriage with a pair of horses, and 40 to 50 hams of "prime old bacon."

The home served during the Civil War as a hospital by both Union and Confederate troops, depending on which side's army occupied Dumfries at the time. A cannonball was stuck in its walls from the time of the Civil War to the 1960's when it was stolen by a souvenir hunter. After the Civil War and into the early twentieth century, the home was rented to tenants and was not always kept in great shape.

A country doctor named D. C. Cline bought the Henderson House in 1913 and renovated it. His widow remarried a minister, A. H. Shumate, and the couple resided in the home. Mrs. Shumate divided the house into three separate apartments, upping the building to 21 rooms with nine fireplaces! Due to housing shortages at the nearby Marine Base, Quantico, the Shumate's home was often filled with numerous civilian and military tenants.

The Henderson House is privately owned and not open to the public - or to souvenir hunters.