Rock Springs Run is a state reserve open to the public for year-round hiking, mountain biking, and horseback riding. The reserve part of the name is due to the seasonal hunting available from September through January. During hunting seasons some trails may be closed to riders for their safety and on certain days of the year, the park can be closed due to prescribed burns where reserve staff is busy doing the controlled burns in order to promote new tree growth and fertilize the soil. Rock Springs Run is home to a variety of Florida species like the Iconic Florida Black Bear, Whitetail Deer, Sandhill Crane, Gopher Tortoise, Florida Scrub-Jay, many species of snakes and other birds, as well as the invasive wild hog (Rock Springs Run Wildlife Management Area). Rock Springs Run is around 14,000 acres that extends along 12 miles of the Wekiva River, with around 14 miles of hiking and 17 miles of equestrian trails. One of the reserves most popular attraction is the horseback riding as the sign can be seen from the highway thousands of people go every year to enjoy the scenic trail rides through the pine Flatwoods, hardwood hammocks, marshes and swamps that Rock Springs Run has to offer as well as the wildlife one can see on such trip. (Rock Springs Run Reserve State Park) 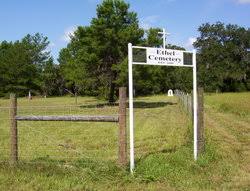 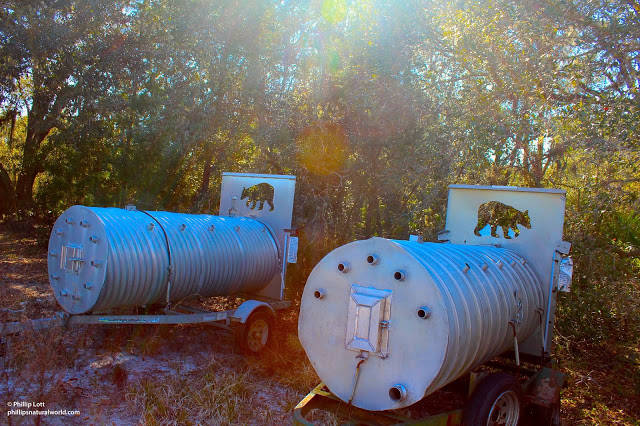 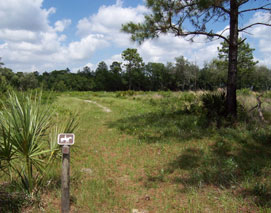 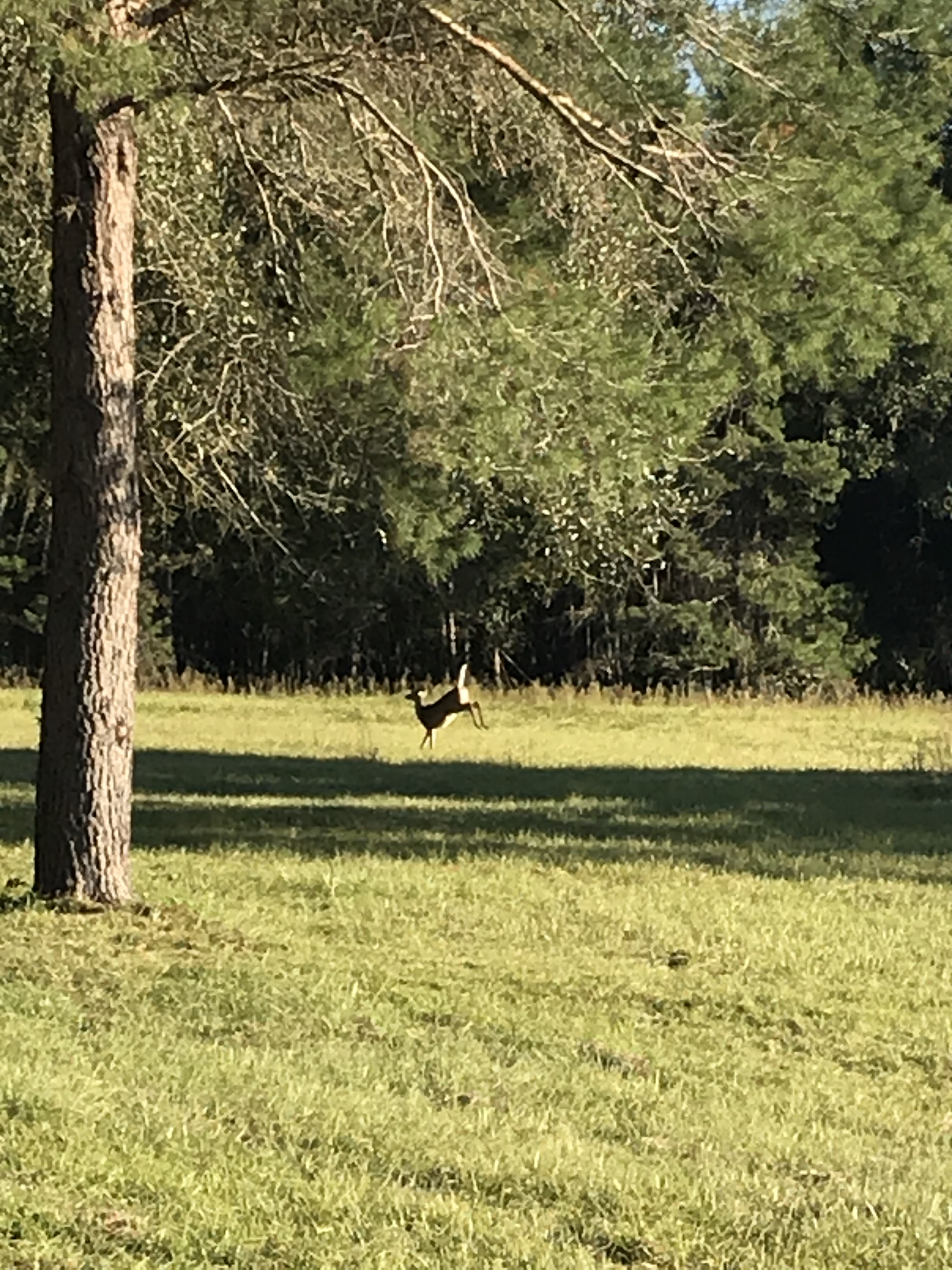 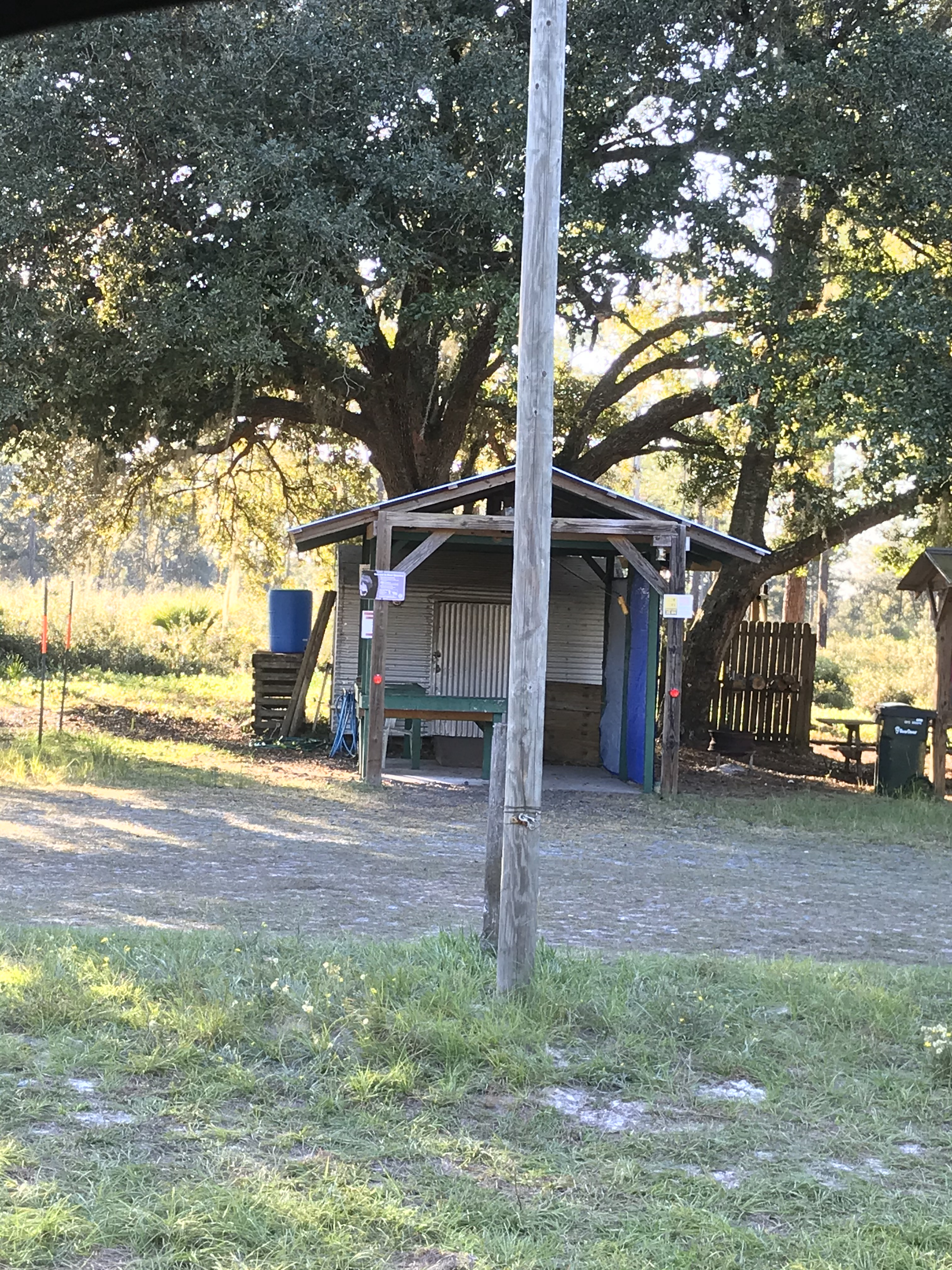 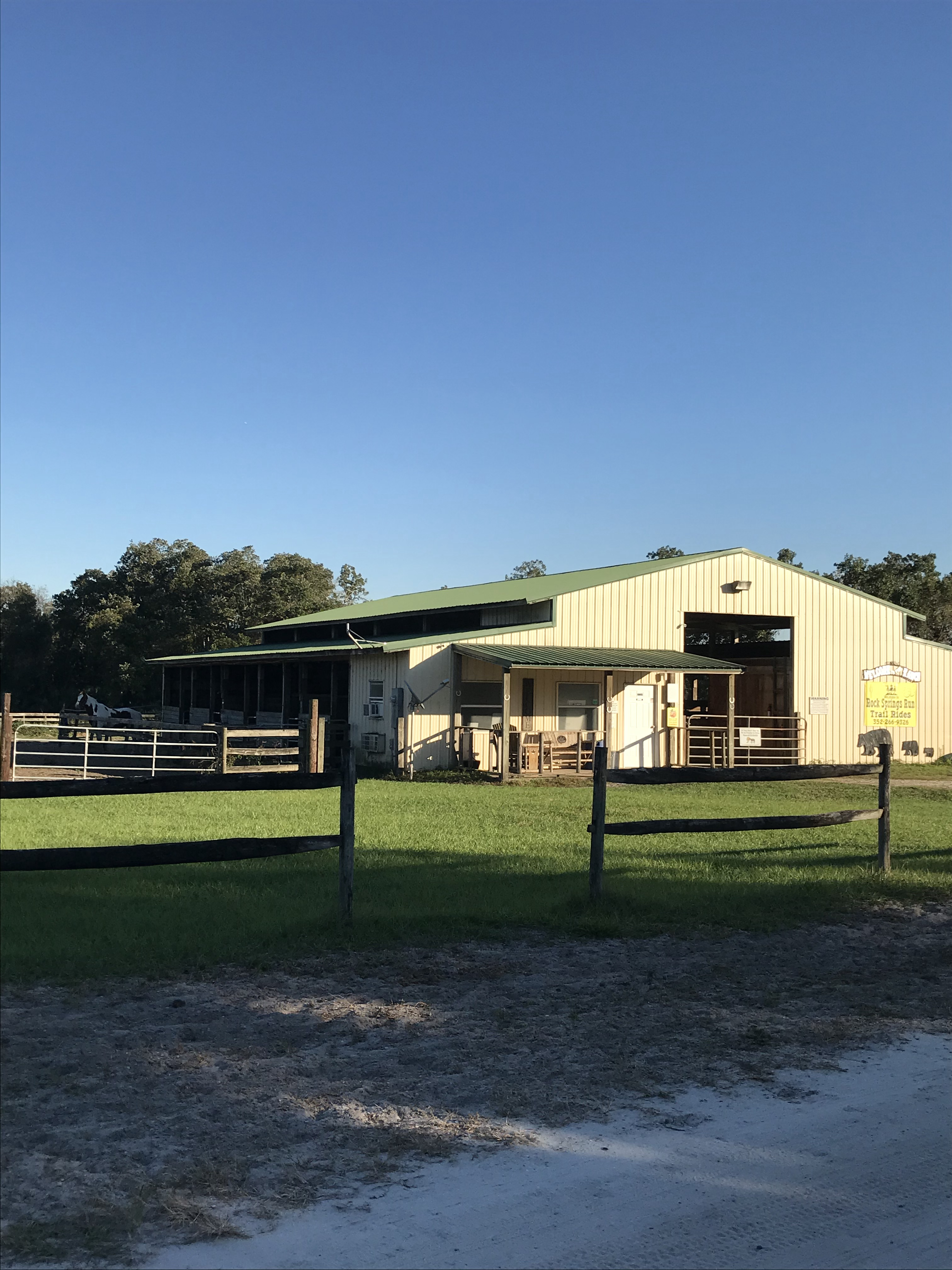 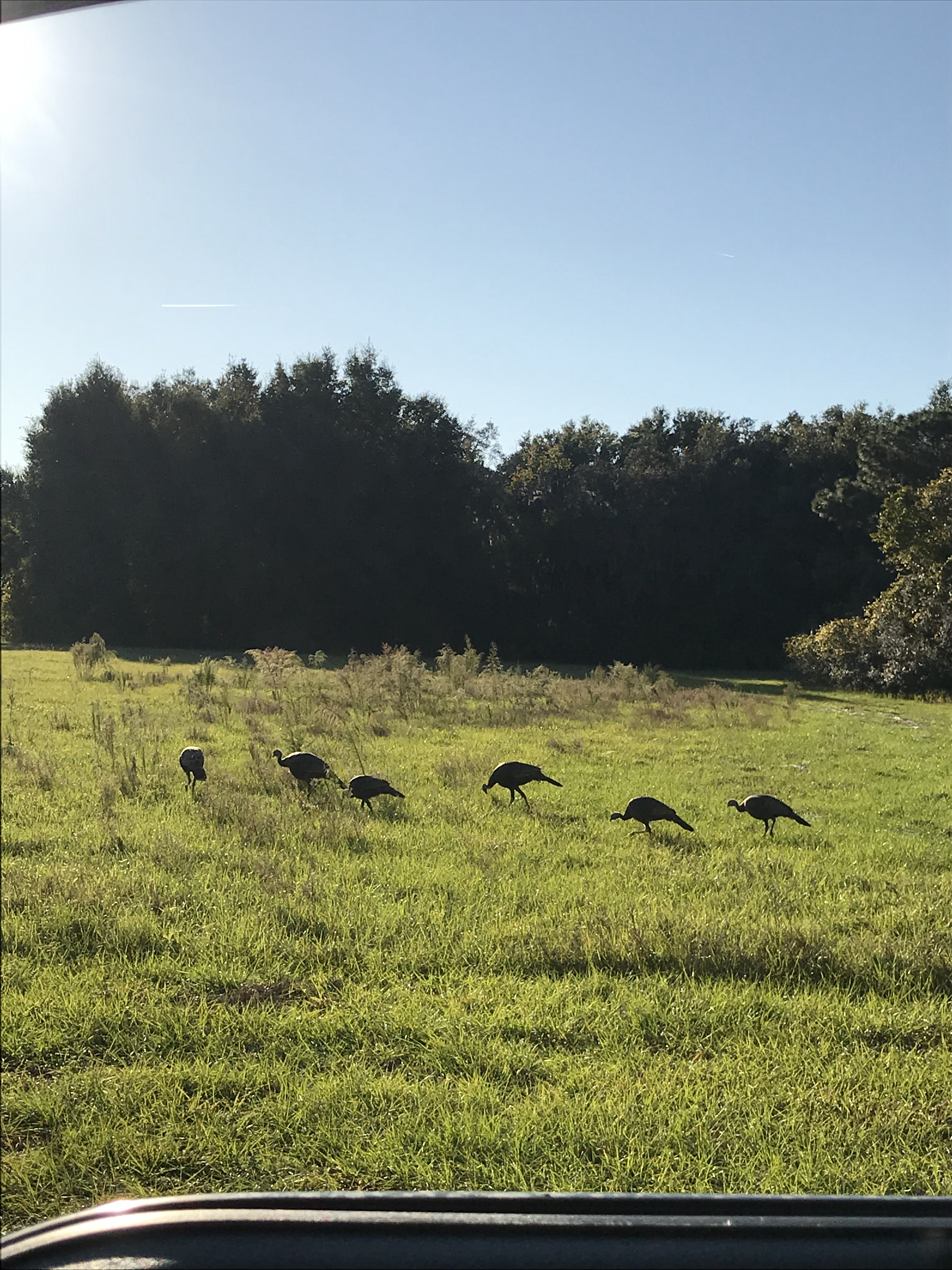 Before the land was purchased by the Apopka Sportsman Club and the state, it was home to Native Americans such as the Creek, Seminole, and Timucua people. The Timucua as evidence shown were the first to inhabit the land but due to tribal disputes eventually was dominated by the Creek then the Seminoles. Many archaeological sites can be found at Rock Springs Run such as mounds or middens as well as sites of Native American life with pottery and tools being found and preserved, there is also a Native American burial site located on the reserve. The Native Americans inhabited the land before they were pushed out by the Spanish in 1513 and within 200 years they were wiped out of their homes. Many archaeological sites located on the reserve are marked and protected for future archaeological investigation. The dense forest floodplains and swamps on the reserve were key to the success of the Native American during the Seminole wars as well. The land surrounding the Wekiva River Basin was excellent camouflage for hiding and ambush attacks against the Federates. It is hard to know for a fact where the Seminoles wars happened but artifacts point to some of the wars tracing through Rock Springs Run (Walker).

Rock Springs Run is a part of the Wekiva River Basin which includes Rock Springs Run, Wekiwa Springs Run, Blackwater Creek, and Seminole Creek. The springs were known as Clay Springs until 1906 when it was changed to Wekiwa Springs. The term Wekiwa refers to the Native American (Creek) word for bubbling or spring of water which is common at the springs and the name often gets confused with Wekiva and has led to many places surrounding the sites to be called Wekiva Springs (Walker).

After the land became the states and during the rise of the industrial era in the 1920s the logging industry became large and were expanding everywhere in search of wood. Mostly for old growth cypress and pine trees lots of the older trees were wiped out and many roads were made throughout the park for access to logging equipment and to transfer the materials. Many towns supported the local logging industry but most of them vanished during the great depression all but one, the town of Ethel. Ethel was a railroad stop town formerly known as the town of Moody and was a main access point for the railroad to receive and transport the shipment of logs. The Ethel cemetery is the last standing trace of the towns existence and is located in Rock Springs Run, volunteer’s redid the fence line and entrance to mark the historical site. Parts of the property was bought by the Apopka Sportsman Club for hunting, fishing and lodging, but was later resold to the state in march of 1983 for habitat preservation and watershed protection as well as recreational opportunities for the people. More Purchases were made in 1991 and 1995 and extended into Lake and Orange county. (History)

Rock Springs Run is a key historical site that has so much history of our old Florida that should be maintained and used for recreational purposes for future generations to enjoy.