Hulbert’s Block is named after prominent Marathon citizen, George Hulbert. Born in Truxton in 1833, throughout his life George Hulbert would work only to benefit the town and community. In time, Hulbert would become a very respected and useful man to the area. In 1886, Hulbert would erect a business block from a run-down building, which would include pleasant stores, Hulbert’s personal residence, and a public entertainment area on the third floor. 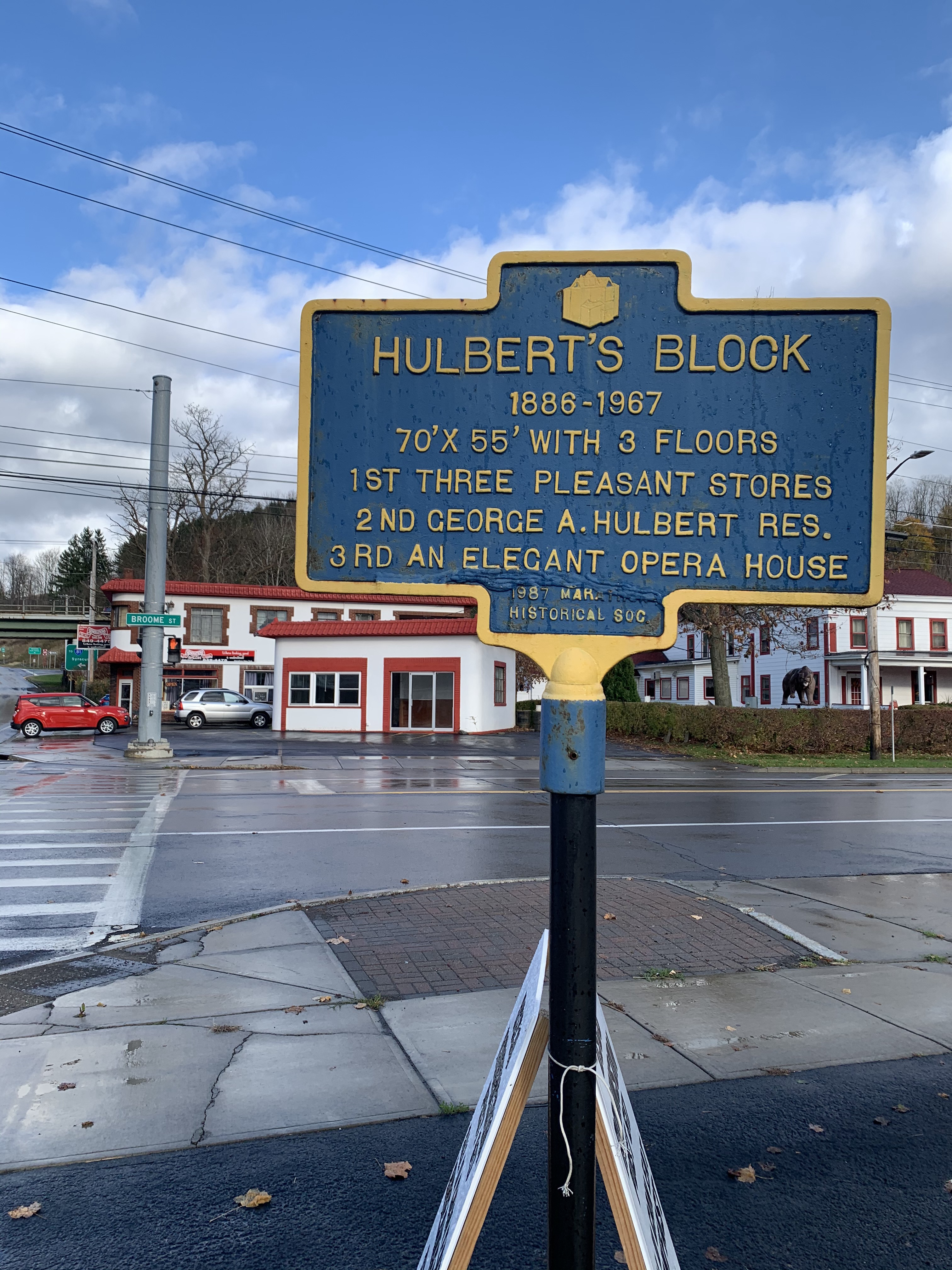 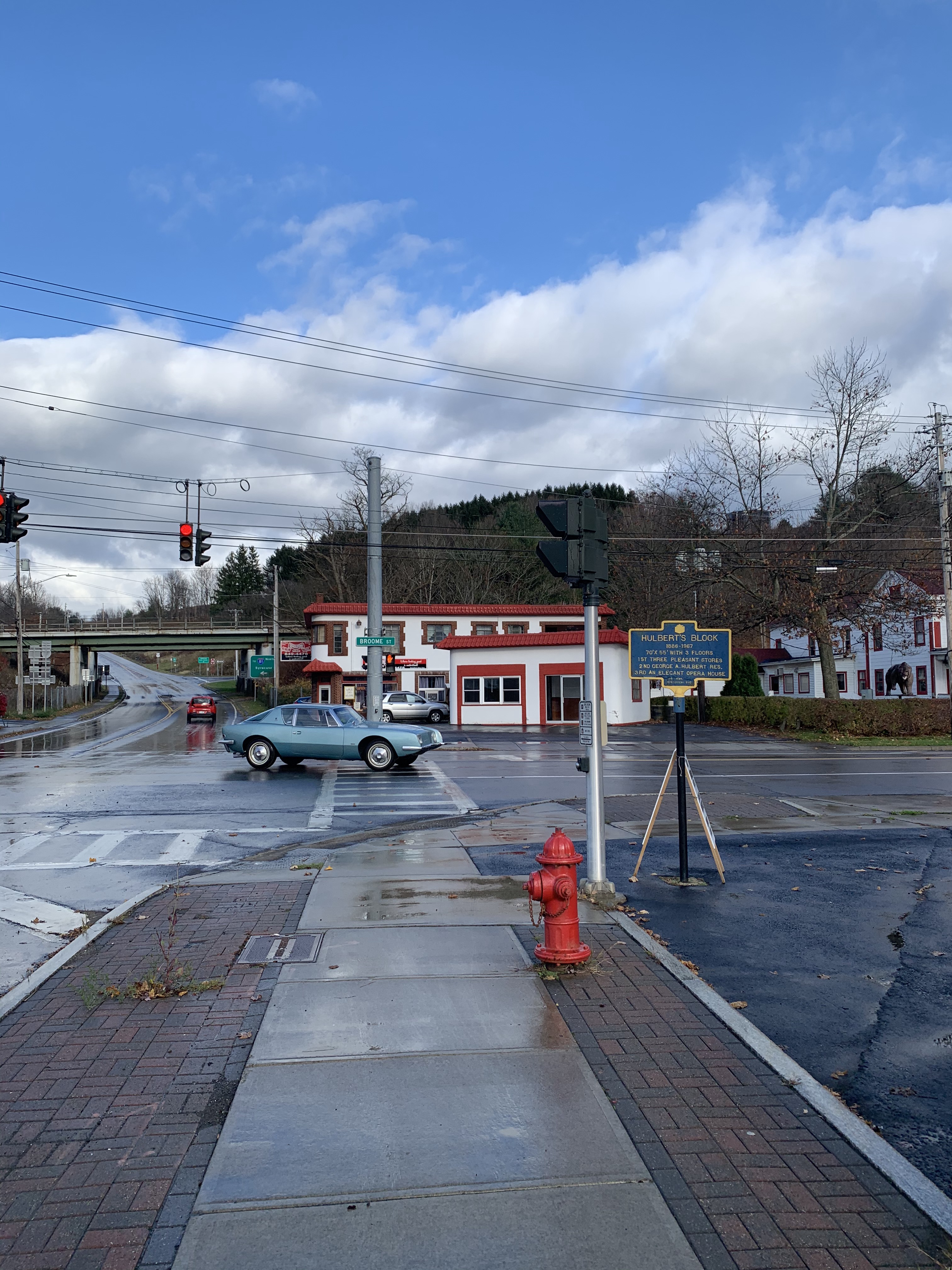 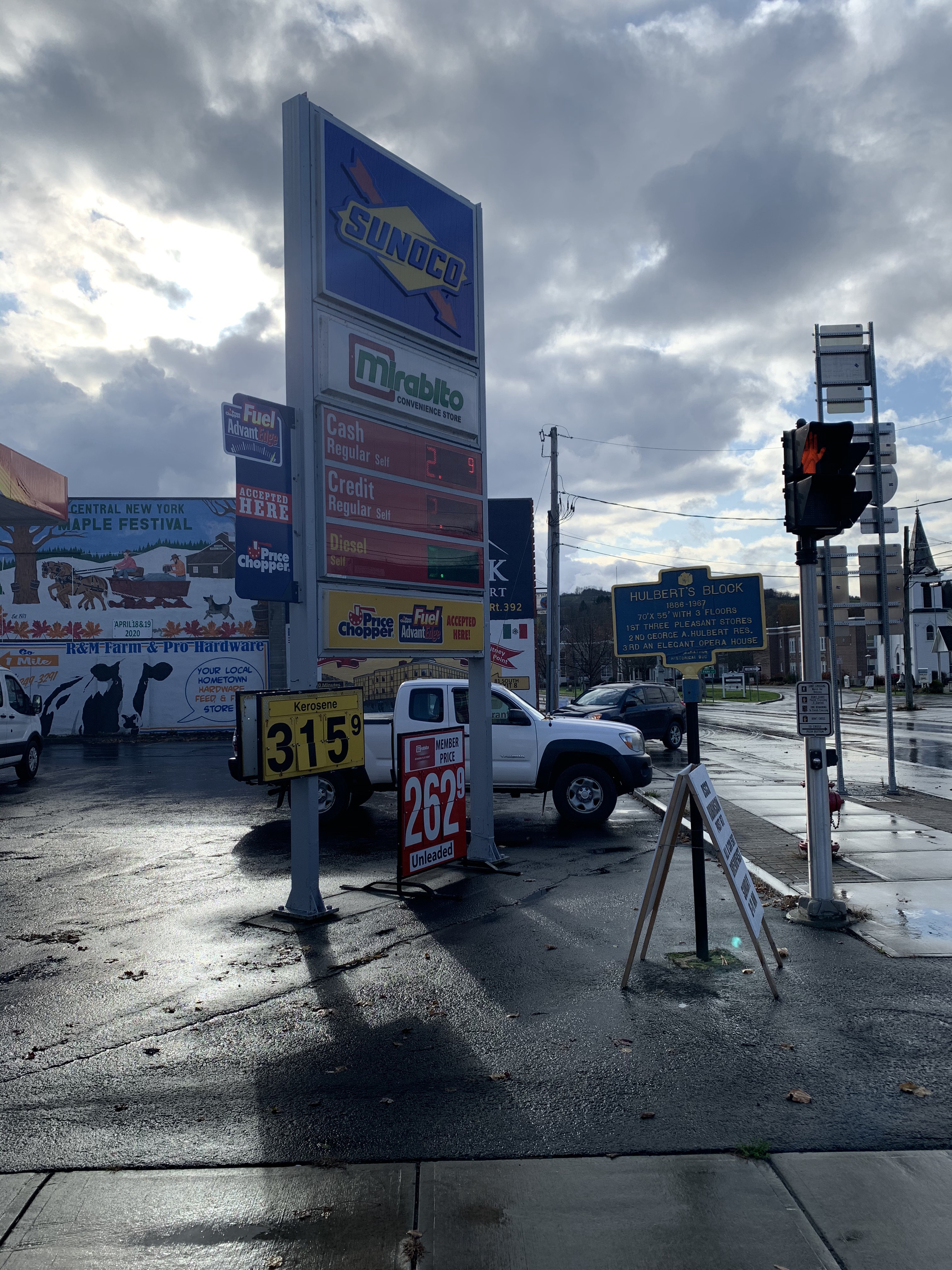 One cannot discuss the history of Marathon, New York without bringing up the life and accomplishments of George A. Hulbert. During his lifetime, Hulbert would become one of the most prominent and useful citizens to the community. Born in the nearby town of Truxton in 1833, Hulbert would trace his roots back to Massachusetts, where his father was originally from, along with his wife, Mary, whose family was also from Massachusetts, with her father being a respected sea captain out of New Bedford. As Hulbert grew, he would continue his education and practice law in various areas around the country and state, being formally admitted to the bar in 1854. Eventually he would settle in Marathon in 1864, and would go into the wholesale produce business with four of his brothers, with their firm name being William Hulbert and Brothers. George and his brother Jerome were in charge of the purchasing, located in Marathon. The business would go on to be very successful, annually receiving three hundred to five hundred thousands dollars annually. George would retire from the firm after his brother's deaths, and would resume practicing law until his own death in 1900. Hulbert was well known and respected in his community, and was often involved with many affairs, including being an administrator of the estates of deceased persons. He would also serve on town and county committees, along with being on the town’s board of supervisors, and would serve as a Justice of the Peace for twenty three years. Besides his achievements in local government, Hulbert would go on to renovate the Marathon Business district as well. In 1886, he removed an ugly, worn down building from the best business corner and replaced it with a three story Brick Business Block seventy feet by fifty-five feet, in 1887. The building was built solid, and constructionally sound. The lower floor had three spacious, pleasant stores. The second floor was the Hulbert residence along with stores’ offices, and the third floor was made into a public hall with a stage, and all the accommodations. The use of the hall was made free for any public entertainment. Along with renovating the business block, George Hulbert would also renovate a residence on Main Street in 1898, with people considering it to be one of the best residences in town. After Hulbert’s death in 1900, his business block would go on to be active until 1967. In the present day, the building has since been torn down, with the site being remembered by the historical marker that stands there today.