The Flight 93 National Memorial is located 2 miles north of Shanksville, PA. This is the site of the 4th plane that crashed on September 11, 2001. The memorial was recognized as a national park on September 24, 2002 by the Flight 93 National Memorial Act. The memorial provides guests with the opportunity to walk along the crash site and debris fields before arriving at the wall of names. Additionally, tourists have the opportunity to explore the visitor center and memorial lookout located on the property. The memorial is significant to American history as it honors those who lost their lives to save countless others. 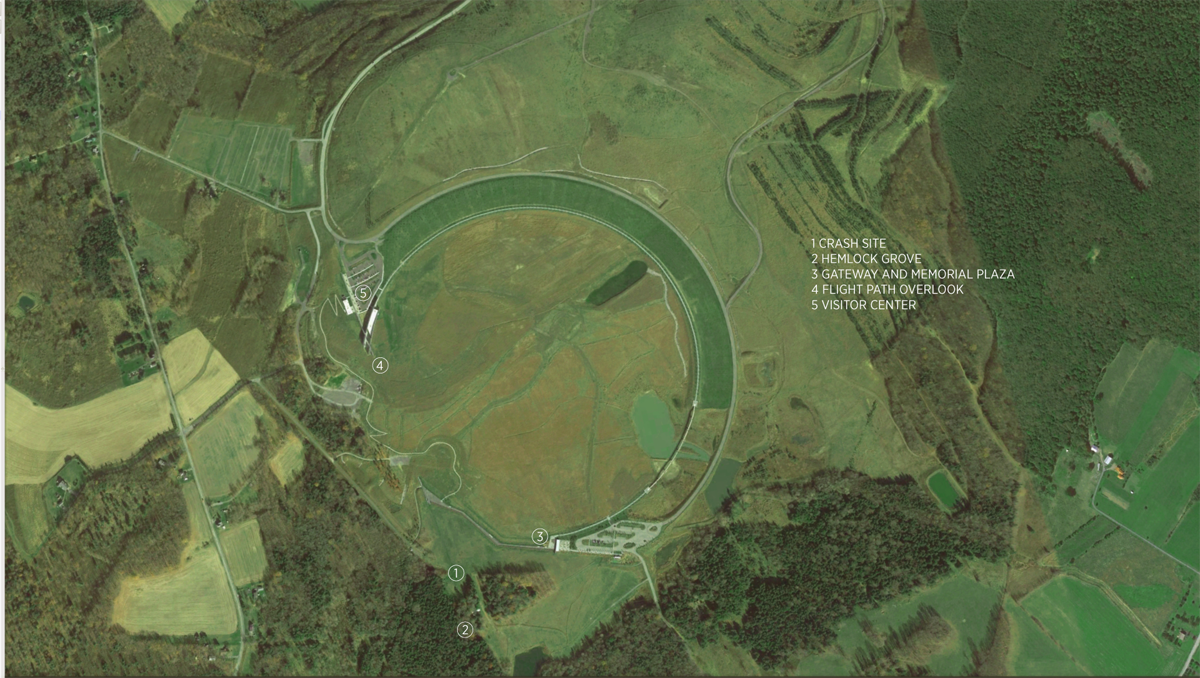 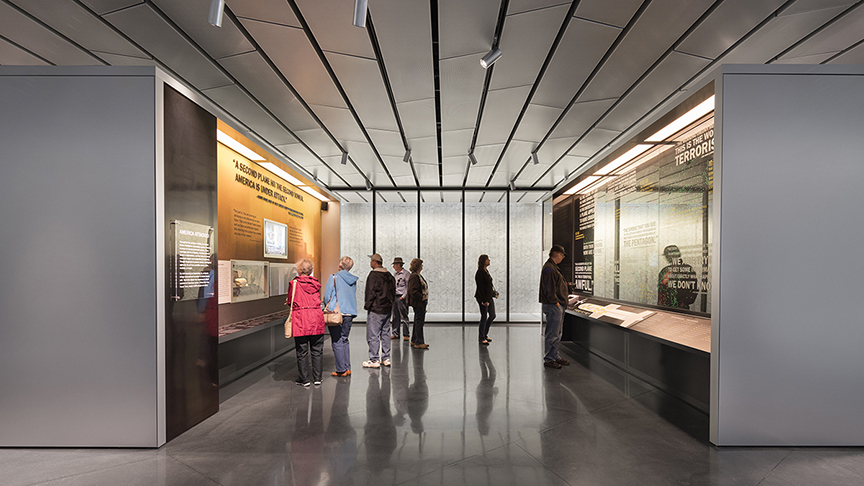 A view of the end of the Flight Path Overlook 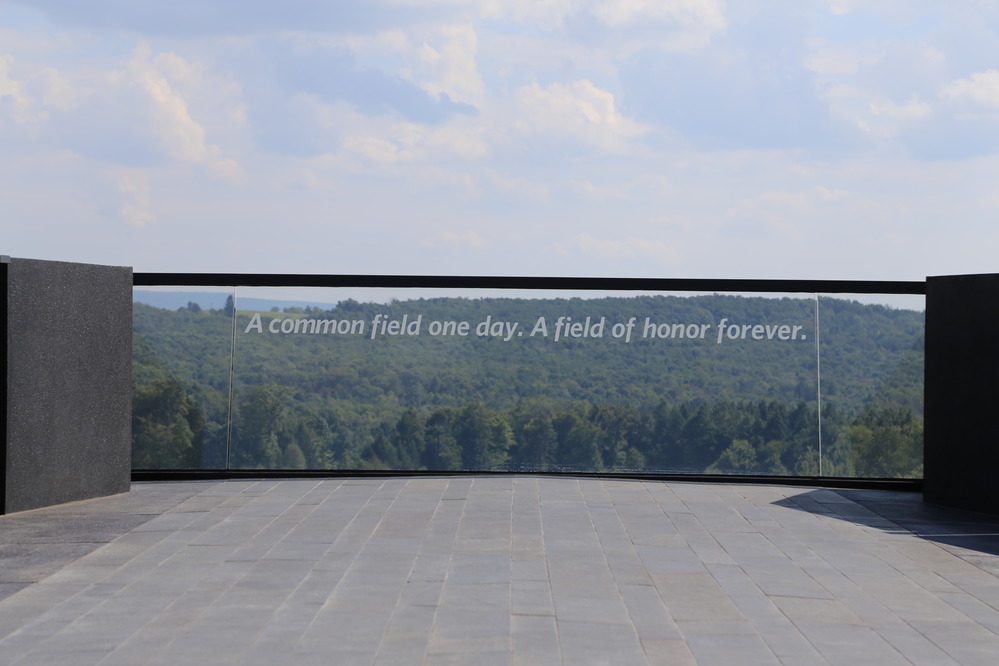 An Aerial View of the crash site taken in September 2001 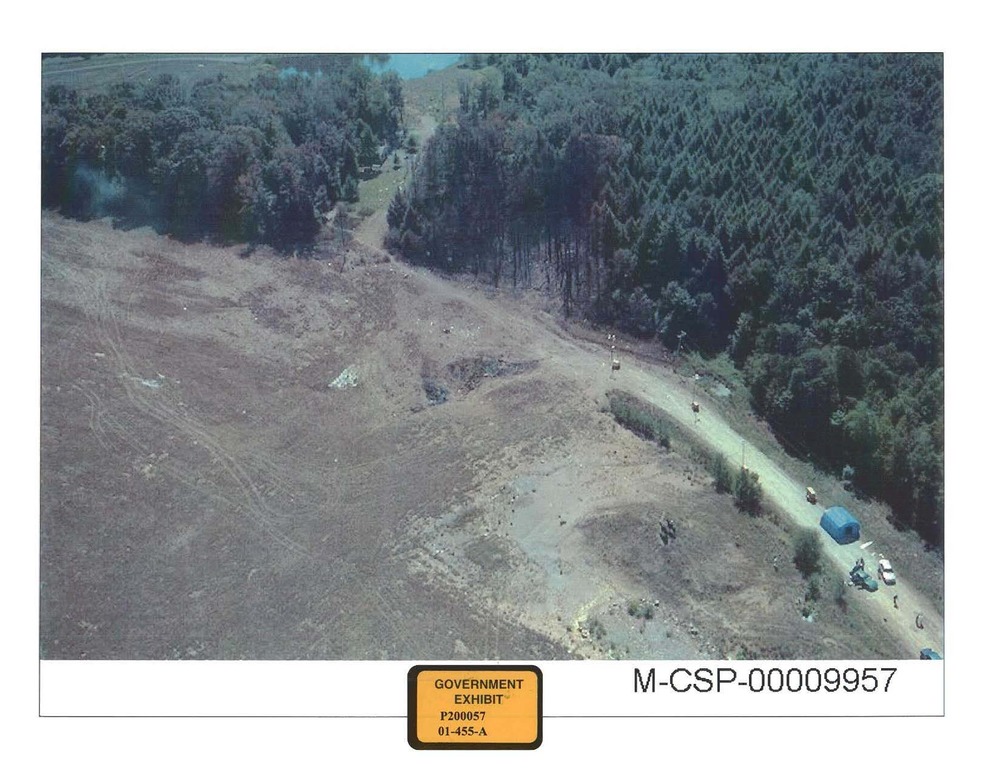 On September 11, 2001 our nation experienced a terrorist attack on our soil. Hijackers from the Islamic group al Qaeda boarded 4 planes with the intent to cause mass destruction. Two of the planes crashed into the Twin Towers in New York City while the third crashed into the Pentagon in Washington D. C. The fourth plane was intended to crash into our nation’s capital; however, they never reached their destination.

As the passengers on the fourth plane learned of the two other planes crashing into the World Trade Center, they realized the intent of the hijackers. As several passengers called home to families to say good-bye, a group of brave men created a plan to overpower the hijackers and limit the fourth planes devastation. After choosing the right moment, the men put their plan into motion with the words “Let’s roll” charging the cockpit of the plane and crashing it into the field in Shanksville, Pennsylvania.

The Flight 93 National Memorial was created at this spot in Pennsylvania to honor those brave men along with the other passengers and crew members. A total of 40 innocent citizens gave their lives to defend our country and prevent the larger devastation. The field was immediately closed to everyone in order to preserve the crime scene. From 2001-2008 a large 10 foot by 15-foot American Flag flow over the debris field as the initial memorial to those who lost their lives. In 2005 architects Paul Murdoch and Nelson Byrd were chosen to design a more permanent structure. The architects were chosen through a competition where over a thousand architects entered possible designs for the memorial. The new memorial, which cost $50 million, was scheduled to be completed in three phrases with the first phrase to be completed in 2011, the second phase, in 2015, and the third and final phase in 2018. The Flight 93 National Memorial consists of the crash site, Hemlock Grove, The Gateway and Memorial Plaza, the flight path overlook, the visitor center and the Tower of Voices. The Tower of Voices was the final piece of the memorial built and contains 40 wind chimes to symbolize the voices of the passengers and crew of Flight 93. President Trump was on site for the commemoration which happened on September 11, 2018.

Multiple events are held in support of the Flight 93 National Memorial every year.  Events like the Flight 93 Speaker Series happen every year from May to August. Every Saturday at noon and 2pm or every Sunday at noon family members are brought into the learning center to speak about the passengers and crew aboard the flight. This event is a joint effort between the National Park Service and the Friends of Flight 93. Other yearly events that happen but only on one or two days include plant a tree at Flight 93, walk 93, and the annual observance.  Plant a tree at Flight 93 happens every year on April 26 and 27 with the goal of reaching 150,000 trees in 10 years. This year was the eighth time the event has been held and overall has successfully planted 129,918 trees. The reasons for this event are to create a windbreak for the 40 memorial groves, improve wildlife habitats, and restore the land to its natural pre-mining appearance. Walk 93 has only been around for a few years but continues to raise awareness about the Flight 93 National Memorial. This year 250 participants completed a 2.28-mile walk with stops where short interpretations were given. The final event held every year is the observance of Flight 93. The public gathers year in remembrance and honor of the 40 passengers and crew on Flight 93. At 10:03 the names of the passengers and crew were read and bells of remembrance were rung in their memory with a wreath being placed on the wall of names. This year the observance feature vice president Mike Pence as a speaker.

The memorial is free to visitors and offers many things to do. In the visitor center there are exhibits to be viewed, the flight path study, and the eastern national bookstore. The exhibits in the visitor center consist of airplane debris recovered from the crash site, the flight’s seating chart with colors coordinating what people were sitting where, and plaques created to support the Flight 93 passengers. Touring the visitors center will take approximately 45 minutes to complete. The Gateway and Memorial Plaza is a one-mile drive from the visitor’s center offering two walking trails with and a small shelter to get out of the weather. Next visitors can take a ¼ mile walk around the crash site and debris field to view the wall of names. The walkways are ADA accessible and offers standard wheelchairs on a first come first serve bases. Parking is limited and can be difficult during the months of May thru October.

The events of September 11, 2001 will forever be remembered by the American people. Thousands of innocent civilians and first responders lost their lives on what should have been a normal day, but instead became the worst terrorist attack on American soil to date. The Flight 93 National Memorial is just one way that we remember those who lost their lives. At this memorial the remembrance is specifically on those who were aboard Flight 93 and made the decision to crash the plane into a random field instead of allowing the terrorists to hit the intended target.