The Gault Homestead, also referred to as the Wells Branch Homestead, offers residents and visitors to Austin a way to learn about the lives of early settlers of European descent during the mid-19th century in central Texas. The property contains multiple structures around the highlight of the complex, the original log cabin built by the Gault family in 1853. This structure also has a board-and-batten addition built by the Graves family after they purchased the property in 1892. The cabin contains authentic artifacts and is surrounded by structures and tools that would have been used by the original occupants for shelter, cooking, and processing crops. The Gault Homestead was originally part of the Merrilltown settlement created by Captain Nelson Merrill, but is now nestled in Katherine Fleischer Park in the Wells Branch neighborhood of Austin.

Entrance to the cabin on the Gault Homestead 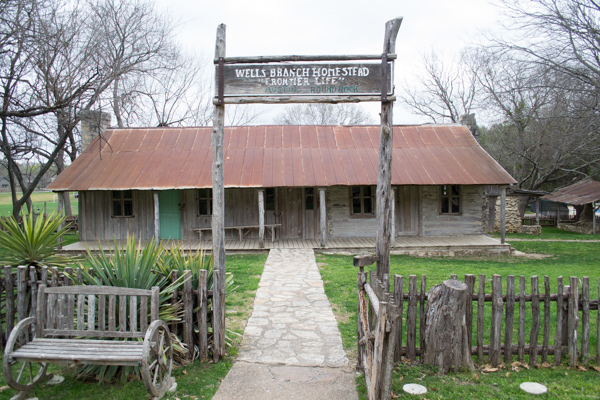 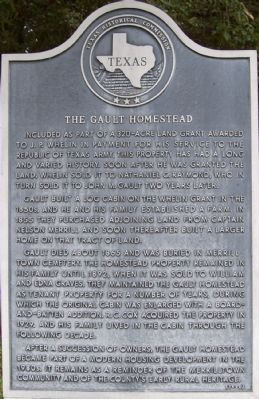 Map of the Gault Homestead 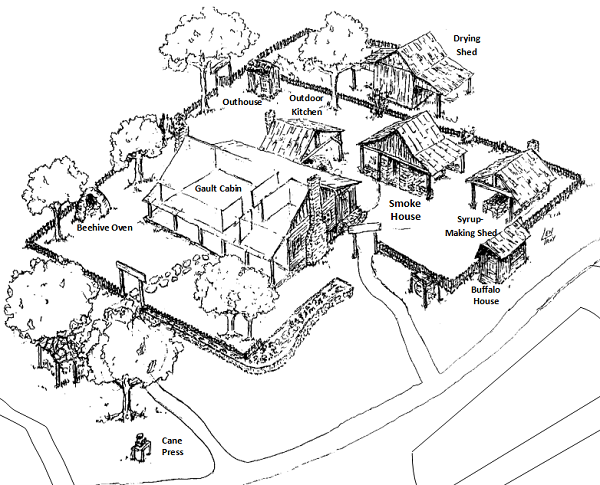 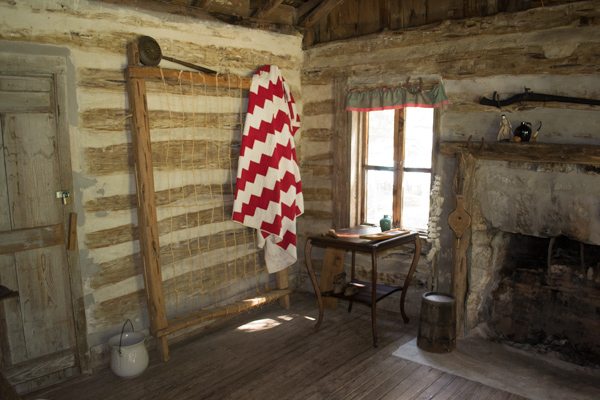 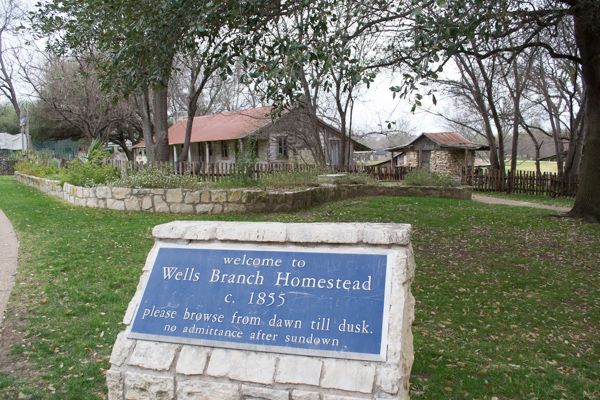 The Gault Homestead, which is also referred to as the Wells Branch Homestead, is located on land that was originally awarded to J. P. Whelin in 1851 for his service in the Republic of Texas. This land was part of a settlement created by Captain Nelson Merrill called Merrilltown in 1837. The land was not developed by J. P. Whelin. Instead, it was quickly sold to Nathaniel C. Raymond the same year Whelin received it and then sold to John M. and Martha Gault two years later in 1853. The Gaults also purchased adjoining land from Captain Nelson Merrill. This land and the structures on it make up the Gault Homestead, formerly part of the Merrilltown settlement and now part of the Wells Branch neighborhood in Austin, TX.

The Gault family built a log cabin on their homestead in 1853 as a home for them and their children. They eventually had 11 children. The log cabin stayed in the Gault family through the death of John M. Gault in 1865, but was eventually sold to William and Edna Graves in 1892. The Graves bought the homestead for $500 and used it as a tenant home for many years. While they controlled the property, they added on to the original log cabin. The Graves extended the cabin with a board-and-batten addition. No other additions have been made. The Gault Homestead is now a window in to Texas’ frontier past. It is located inside Katherine Fleischer Park in the Wells Branch neighborhood of Austin, TX.

In addition to the original cabin with its addition, the Gault Homestead other structures and features. A travel wagon, often called a Prairie Schooner is located on the property. A recreation of a Brush Arbor serves as a shady spot to enjoy while visiting the Gault Homestead. The Caddo Indians that once lived in the area would have instructed the pioneers on how to construct a Brush Arbor. Other structures on the property include the Buffalo House containing an American Bison, a drying shed that was torn down and rebuilt closer to the cabin, a syrup shed, outdoor kitchen, outhouse and beehive oven.

The Gault Homestead can be toured by appointment only, unless there is an event. The grounds are open for visitors to walk from dawn until dusk. Visiting the Gault Homestead with its original structures, authentic artifacts and replicas allows visitors a view in to the life of Texas Pioneers. The tours operate September through December and March through May. In addition to arranged tours, events such as Pioneer Pals, open the homestead to visitors for stories, songs and crafts on specific days. The Pioneer Pals program is geared toward Preschoolers.

Tours by appointment only. Grounds can be walked independently from dawn until dusk.